In
Greek mythology Greek mythology is the body of myths originally told by the Ancient Greece, ancient Greeks, and a genre of Ancient Greek folklore. These stories concern the Cosmogony, origin and Cosmology#Metaphysical cosmology, nature of the world, the lives ...
, Prometheus (; , , possibly meaning "forethought"), is a Titan god of fire. Prometheus is credited with the creation of humanity from clay, and who defies the gods by stealing fire and giving it to humanity as
civilization A civilization (or civilisation) is any complex society that is characterized by urban development, social stratification, a form of government, and symbol A symbol is a mark, sign, or word that indicates, signifies, or is understood ... 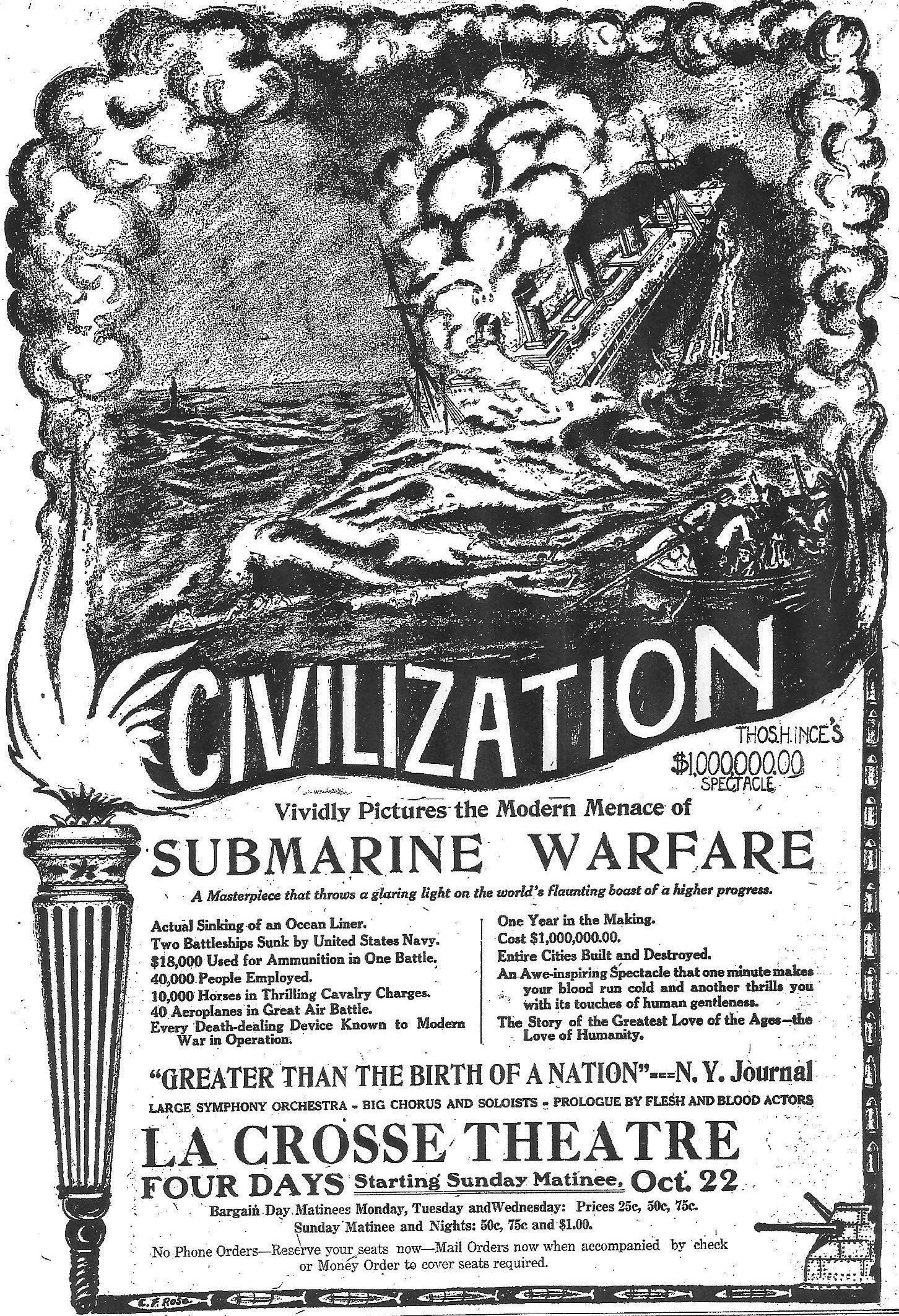 . Prometheus is known for his intelligence and for being a champion of humankind, and is also seen as the author of the human arts and sciences generally. He is sometimes presented as the father of
Deucalion 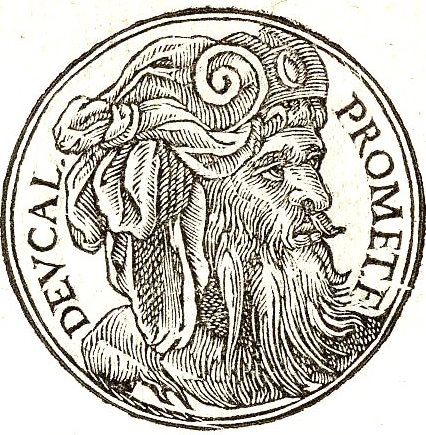 , the hero of the flood story. The punishment of Prometheus as a consequence of the theft of fire and giving it to humans is a popular subject of both ancient and modern culture. Zeus, king of the Olympian gods, sentenced Prometheus to eternal torment for his transgression. Prometheus was bound to a rock, and an eagle—the emblem of Zeus—was sent to eat his liver (in ancient Greece, the liver was often thought to be the seat of human emotions). His liver would then liver regeneration, grow back overnight, only to be eaten again the next day in an ongoing cycle. Prometheus was eventually freed by the Greek hero, hero Heracles. In yet more symbolism, the struggle of Prometheus is located by some at Mount Elbrus or at Mount Kazbek, two volcanic promontories in the Caucasus Mountains beyond which for the ancient Greeks lay the realm of the ''barbarii''. In another myth, Prometheus establishes the form of animal sacrifice practiced in Religion in ancient Greece, ancient Greek religion. Evidence of a cult (religion), cult to Prometheus himself is not widespread. He was a focus of religious activity mainly at ancient Athens, Athens, where he was linked to Athena and Hephaestus, who were the Greek deities of creative skills and technology. In the Western civilisation, Western classical tradition, Prometheus became a figure who represented human striving (particularly the quest for scientific knowledge) and the risk of overreaching or unintended consequences. In particular, he was regarded in the Romanticism, Romantic era as embodying the lone genius whose efforts to improve human existence could also result in tragedy: Mary Shelley, for instance, gave ''The Modern Prometheus'' as the subtitle to her novel ''Frankenstein'' (1818).

The etymology of the theonym ''prometheus'' is debated. The usual view is that it signifies "forethought," as that of his brother Epimetheus (mythology), Epimetheus denotes "afterthought". Hesychius of Alexandria gives Prometheus the variant name of Ithas, and adds "whom others call Ithax", and describes him as the Herald of the Titans. Károly Kerényi, Kerényi remarks that these names are "not transparent", and may be different readings of the same name, while the name "Prometheus" is descriptive. It has also been theorised that it derives from the Proto-Indo-European root that also produces the Vedic Sanskrit, Vedic ''pra math'', "to steal", hence ''pramathyu-s'', "thief", cognate with "Prometheus", the thief of fire. The Vedic mythology, Vedic myth of fire's theft by Mātariśvan is an analogue to the Greek account. ''Pramant'' was the fire-drill, the tool used to create fire. The suggestion that Prometheus was in origin the human "inventor of the fire-sticks, from which fire is kindled" goes back to Diodorus Siculus in the first century BC. The reference is again to the "fire-drill", a worldwide primitive method of fire making using a vertical and a horizontal piece of wood to produce fire by friction.

The oldest record of Prometheus is in Hesiod, but stories of theft of fire by a trickster figure are widespread around the world. Some other aspects of the story resemble the Sumerian myth of Enki (or Ea in later Babylonian mythology), who was also a bringer of civilisation who protected humanity against the other gods, including during the great flood, as well as created man from clay. While the theory lost favour in the 20th century that Prometheus descends from the Vedic fire bringer Mātariśvan, it was suggested in the 19th century and is still supported by some.

= The first recorded account of the Prometheus myth appeared in the late 8th-century BC Ancient Greece, Greek epic poet Hesiod's ''Theogony''
507–616
. In that account, Prometheus was a son of the Titan (mythology), Titan Iapetus (mythology), Iapetus by Asia (mythology), Clymene, one of the Oceanids. He was brother to Menoetius (mythology), Menoetius, Atlas (mythology), Atlas, and Epimetheus (mythology), Epimetheus. Hesiod, in ''Theogony'', introduces Prometheus as a lowly challenger to Zeus's omniscience and omnipotence. In the trick at Mecone
535–544
, a sacrificial meal marking the "settling of accounts" between mortals and immortals, Prometheus played a trick against Zeus. He placed two sacrificial offerings before the Olympian: a selection of beef hidden inside an ox's stomach (nourishment hidden inside a displeasing exterior), and the bull's bones wrapped completely in "glistening fat" (something inedible hidden inside a pleasing exterior). Zeus chose the latter, setting a precedent for future sacrifices
556–557
. Henceforth, humans would keep that meat for themselves and burn the bones wrapped in fat as an offering to the gods. This angered Zeus, who hid fire from humans in retribution. In this version of the myth, the use of fire was already known to humans, but withdrawn by Zeus. Prometheus stole fire back from Zeus in a fennel stalk and restored it to humanity
565–566
. This further enraged Zeus, who sent the first woman to live with humanity (Pandora, not explicitly mentioned). The woman, a "shy maiden", was fashioned by Hephaestus out of clay and Athena helped to adorn her properly
571–574
. Hesiod writes, "From her is the race of women and female kind: of her is the deadly race and tribe of women who live amongst mortal men to their great trouble, no wikt:helpmeet, helpmeets in hateful poverty, but only in wealth"
590–594
. For his crimes, Prometheus is punished by Zeus who bound him with chains, and sent an eagle to eat Prometheus' immortal liver every day, which then grew back every night. Years later, the Greek hero Heracles, with Zeus' permission, killed the eagle and freed Prometheus from this torment
521–529
.

= Hesiod revisits the story of Prometheus and the theft of fire in ''Works and Days''
42–105
. In it the poet expands upon Zeus's reaction to Prometheus' deception. Not only does Zeus withhold fire from humanity, but "the means of life" as well
42
. Had Prometheus not provoked Zeus's wrath, "you would easily do work enough in a day to supply you for a full year even without working; soon would you put away your rudder over the smoke, and the fields worked by ox and sturdy mule would run to waste"
44–47
. Hesiod also adds more information to ''Theogonys story of the first woman, a maiden crafted from earth and water by Hephaestus now explicitly called Pandora ("''all gifts''")
82
. Zeus in this case gets the help of Athena, Aphrodite, Hermes, the Graces and the Horae, Hours
59–76
. After Prometheus steals the fire, Zeus sends Pandora in retaliation. Despite Prometheus' warning, Epimetheus accepts this "gift" from the gods
89
. Pandora's box, Pandora carried a jar with her from which were released mischief and sorrow, plague and diseases
94–100
. Pandora shuts the lid of the jar too late to contain all the evil plights that escaped, but Hope is left trapped in the jar because Zeus forces Pandora to seal it up before Hope can escape
96–99
.

= Casanova (1979), finds in Prometheus a reflection of an ancient, pre-Hesiodic trickster-figure, who served to account for the mixture of good and bad in human life, and whose fashioning of humanity from clay was an Eastern motif familiar in ''Enuma Elish''. As an opponent of Zeus, the titan Prometheus can be seen as characteristic of the Titan (mythology), titans in general, and like other titans, was punished for his opposition. As an advocate for humanity he gains semi-divine status at Athens, where the episode in ''Theogony'' in which he is liberated is interpreted by Casanova as a post-Hesiodic interpolation.