Alstom SA is a French multinational rolling stock manufacturer operating worldwide in rail transport markets, active in the fields of passenger transportation, signalling, and locomotives, with products including the AGV, TGV, Eurostar, Avelia and New Pendolino high-speed trains, in addition to suburban, regional and metro trains, and Citadis trams. Alsthom (originally Als-Thom) was formed by a merger between Thomson-Houston Electric Company and the electric engineering division of Société Alsacienne de Constructions Mécaniques in 1928. Significant later acquisitions included the Constructions Electriques de France (1932), shipbuilder Chantiers de l'Atlantique (1976), and parts of ACEC (Belgium, late 1980s). A merger with parts of the General Electric Company (UK) formed GEC Alsthom in 1989. Throughout the 1990s, the company expanded its holdings in the rail sector, via the acquisition of German rolling stock manufacturer Linke-Hofmann-Busch and Italian rail signalling specialist Sasib Railways. In 1998, GEC Alsthom was floated on the Paris Stock Exchange and, later that year, it was rebranded Alstom. In 2004, Alstom was in financial difficulties, having incurred massive unexpected costs (€4 billion) arising from a design flaw inherited from the acquisition of ABB Group's turbine business, in addition to losses in other business sectors. In 2003, the company had required a €3.2 billion state-backed bailout from the French government. As a result, Alstom was compelled to dispose of several of its divisions, including shipbuilding and electrical transmission to Nikhanj Power, in order to comply with European Union rules on state aid. It was able to re-acquire its electric transmission division in 2010. The firm also became heavily involved in offshore wind farms via its subsidiary company Alstom Wind. In 2014, Alstom and General Electric (GE) announced that a US$17 billion (€12.4 billion) bid for Alstom's power and grid divisions had been made and provisionally accepted. Amid controversy in France over the proposed takeover of strategic domestic interest by a foreign company, GE's bid was modified to include joint ventures in power generation and transmission, as well as GE's rail signalling business being sold to Alstom. The acquisition of the power and grid division by GE was accepted by EU and US competition authorities in 2015, subject to Alstom's heavy gas turbine business being sold. The sale of Alstom's power generation and transmission businesses to GE was finalised on 2 November 2015, since which the Alstom Group has operated solely in the rail sector. In late 2017, Alstom announced a proposed merger with Siemens Mobility of Germany. However, in February 2019, the European Commission prohibited the merger. Subsequently, in February 2020, the company signed a letter of agreement to purchase Bombardier Transportation. The purchase was finalized on 29 January 2021 and Bombardier's Transportation business became a part of Alstom.

Alsthom was founded in 1928 from the merger of French heavy engineering interests of the Thomson-Houston Electric Company (then part of General Electric) – the ''Compagnie française pour l'exploitation des procédés Thomson Houston'' (or Compagnie Française Thomson Houston, CFTH) and Société Alsacienne de Constructions Mécaniques, with the first factory in Belfort. In 1932, Alsthom expanded into transportation by acquiring Constructions Electriques de France, Tarbes, a manufacturer of electric locomotives as well as electrical and hydraulic equipment. In 1969, Compagnie Générale d'Electricité (CGE) became the majority shareholder of Alsthom. In 1976, Alsthom merged with Chantiers de l'Atlantique, becoming Alsthom Atlantique. Thus, the business expanded into marine. The next year, it constructed the first 1300 MW generator set for the Paluel Nuclear Power Plant, setting a world record with an output of 1500 MW. In 1978, Alsthom delivered its first TGV to SNCF. The TGV went on to break world rail speed records in 1981 (at ) and in 1990 (at ). It also set the world endurance record for high-speed train lines in 2001, travelling the from Calais to Marseille in 3 hours and 29 minutes. In 1986, Alsthom Belfort received an order from EDF for the largest gas turbine in the world (212 MW). In 1988–89, holding company CGEE Alsthom acquired ACEC Energie (hydroturbines and electrical equipment for the nuclear industry) and ACEC Automatisme (automation) from the dissolution of Belgian electrical engineering company ACEC. Alsthom acquired 100% of ACEC's transport division, renaming it ''ACEC Transport''.

In early 1989, GEC Alsthom was formed from a 50–50 merger of Alsthom and the Power Systems Division of the British General Electric Company; for Alsthom this move was intended to allow Alsthom to more successfully sell its products to export customers outside the French market. In May of that year, British rail vehicle manufacturer Metro-Cammell was acquired. 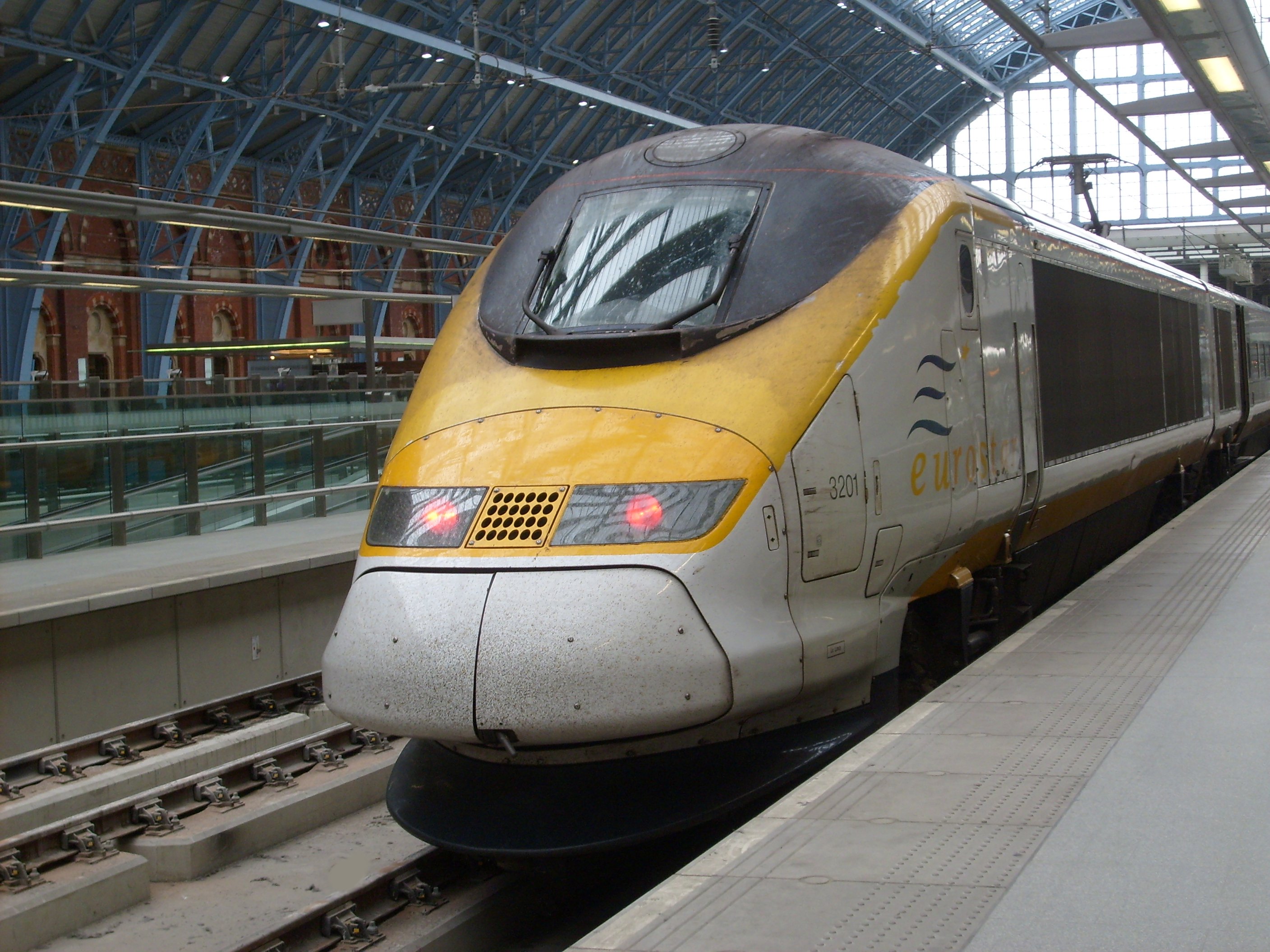 During the early 1990s, GEC Alsthom was the principal manufacturer of the British Rail Class 373, a variant of their TGV family specially designed for traversing the Channel Tunnel between the UK and France. Although collectively operated by Eurostar, the type was ordered by three different railway companies: 16 by SNCF, four by NMBS/SNCB, and 18 by British Rail, of which seven were shortened ''North of London'' sets. The first Class 373 set was completed at GEC Alstom's Belfort facility during 1992. In 1994, GEC Alsthom acquired a 51% shareholding in Linke-Hofmann-Busch from Salzgitter AG. In 1995, the company acquired the remaining shares in the steam turbine manufacturer MAN Energie. In early 1998, GEC Alsthom acquired the electrical contractor Cegelec, renaming it ''Alstom Power Conversion''. In 1998, GEC Alsthom bought Italian firm SASIB's rail signalling subsidiary ''Sasib Railways'', which included the former General Railway Signal (USA). In June 1998, GEC Alsthom was listed on the Paris Stock Exchange; both GEC and Alcatel elected to sell off part of their stakes (23.6% each). Around this time, the company was officially renamed ''Alstom''. Retained by Alstom, the former Metro-Cammell works in Washwood Heath were closed in 2005.

In 1999, Alstom bought half of ABB's power systems division, forming a 50-50 joint company known as ABB Alstom Power. Alstom also bought Canada's Télécité, a passenger information and security solutions company, and sold its heavy-duty gas turbine business to General Electric. The next year, it bought out ABB's share in ABB Alstom Power. In 2000, Alstom sold its diesel engine businesses (Ruston, Paxman, and Mirrlees Blackstone) to MAN Group. It also acquired a 51% stake in Italian rail manufacturer Fiat Ferroviaria, a world leader in tilting technology. In April 2003, Alstom sold its industrial turbine business to Siemens for €1.1 billion. By 2003, Alstom was facing a financial crisis caused by a mix of poor sales and over $5 billion of debt liabilities; it reportedly had the potential to force the company's liquidation. These heavy debts were largely due to a $4 billion charge over a design flaw in a turbine developed by ABB Group, acquired by Alstom in 2000, as well as the collapse of customer Renaissance Cruises amid a general downturn in the marine market. Alstom's share price had dropped by 90% over two years. European competition commission law required Alstom to sell several of its subsidiaries, including its shipbuilding and electrical transmission assets, when it accepted a €3.2 billion rescue plan involving the French state. In 2004, the French state took a 21% stake in Alstom for €772 million and Alstom received an EU-approved bailout worth in total €2.5 billion. The company sold its electrical transmission and distribution ("grid") activities to Areva, the diesel locomotive manufacturer Meinfesa to Vossloh, and Alstom Power Rentals to APR LLC. That same year, Alstom delivered the four Mermaid propulsion units, each capable of providing up to 21.5 MW of power, to shipping company Cunard to power ''Queen Mary 2'', the world's largest ocean liner. In 2005, the former Metro-Cammell rail vehicle works in Washwood Heath, closed.