The Dhulbahante ( so|Dhulbahante, ar|دلبةنتئ) is a Somali clan family, part of the Harti clan which itself belongs to the largest Somali clan-family — the Darod. In Somaliland, the Dhulbahante primarily settle in the regions of Sool, Sanaag, and Togdheer whilst they have a significant presences in Jubbaland, Somalia, particularly in the city of Kismayo. In Ethiopia, they settle in the Dollo Zone specifically in the woredas of Boh, Danot and Werder. The clan is known for its armed resistance against the British Empire and the historic role it assumed in support of the Dervish Movement which waged a bloody war against colonial powers from 1899 to 1920. Due to this legacy, the name ''Darawiish'' (Dervishes) has almost become synonymous with this clan's name.

The extended formal name of the Dhulbahante clan is ''Said Saleh Abdi Mohamed Abdirahman bin Isma'il al-Jabarti''. The primary homeland of the clan straddles the Haud region and the Nugaal Valley, hence segments of the clan who settle in either plateau are colloquially referred to as the ''Reer Hawd'' and ''Reer Nugaaled''. Currently, the clan has 13 active Garads. The most senior Garaad of these traditional leaders is Garad Jama Garad Ali who succeeded his uncle Garad Abdiqani Garad Jama. The use of the traditional hereditary title of ''Garad'' (which is most widespread among the Dhulbahante), was first inaugurated by the great ancestor Garad Shirshore who previously served as a ''Ugaas''. The clan boasts a heroic history of anti-colonial resistance. In a bloody war against the British Empire the Dhulbahante propelled the Dervish movement to defeat the empire in a series of military expeditions. To honor the Dervish freedom fighters, the name ''Daraawiish'' is now given to almost all regional paramilitaries in Somalia. This rebellion which caused the death of one-third of the population of the Somaliland protectorate, effected the Dhulbahante population most severely. During Mohamed Siad Barre's regime, the clan was part of an alliance of Darod clans that was presumed to dominate state authority in Somalia. The acronym MOD was used to refer to the alliance which was composed of the Marehan, Ogaden and Dhulbahante. The vast majority of Dhulbahante today are pro Somali unity and against Somaliland's secessionist endeavour.

In 1998, they established the State of Puntland with other Harti clans due to the common kinship. It is based on the ethnic composition and clan ties to Puntland, that voters in Sanaag and especially Sool were decidedly less supportive of Somaliland’s 2001 referendum on the constitution and independence. Although the Dhulbahante community was split over the 2007 conflict, with some aligning with Somaliland and its troops in the area of Las Anod, in the Bo'ame Declaration of 2007 all Dhulbahante clan chiefs rejected Somaliland's secessionist agenda and demanded the withdrawal of its militia from the clans traditional territory. 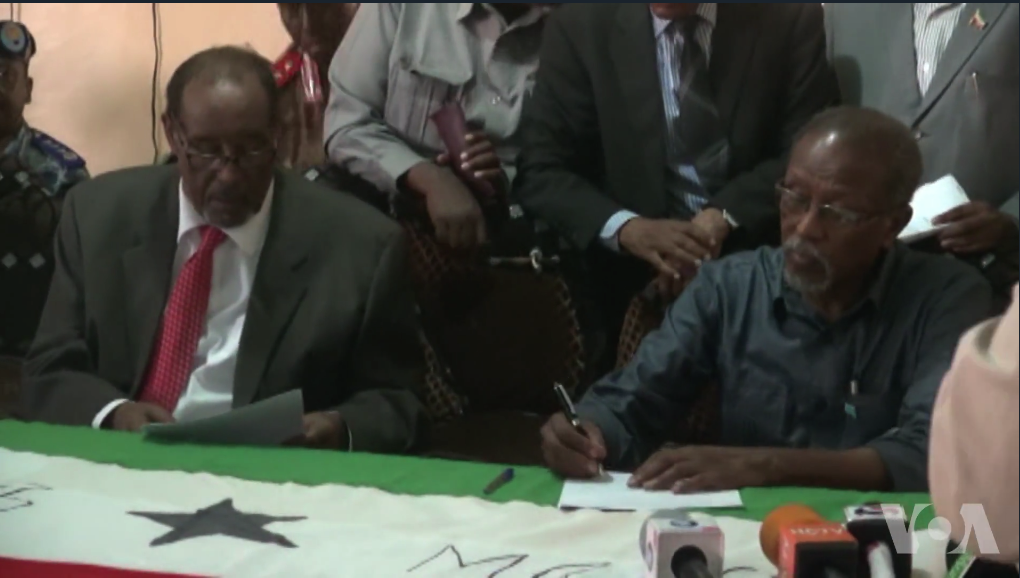 In aftermath of the occupation of Las Anod in 2007, the clan became disillusioned with Puntland, consequently a new unionist movement which aimed to remove Somaliland from Dhulbahante territories emerged. The movement called the Unity and Salvation Authority of the SSC Regions of Somalia ( so|Hogaanka Badbaadada iyo midaynta SSC (HBM-SSC)) was spearheaded by Saleban Essa Ahmed and founded in 2009. The most important traditional leaders who lent their support to the SSC Movement were Garad Jama Garad Ali, Garad Jama Garad Ismail, and Garad Ali Burale Hassan. In the Kalshale Conflict, Somaliland forces and SSC militia clashed in the Ayn region in 2011,