Vaccine hesitancy, also known as anti-vaccination or anti-vax, is a reluctance or refusal to be vaccinated or to have one's children vaccinated against contagious diseases. People who conform to this view are commonly known as "anti-vaxxers". The term encompasses outright refusal to vaccinate, delaying vaccines, accepting vaccines but remaining uncertain about their use, or using certain vaccines but not others. Arguments against vaccination are contradicted by overwhelming scientific consensus about the safety and efficacy of vaccines. The World Health Organization views vaccine hesitancy as one of the top ten global health threats. Hesitancy primarily results from public debates around the medical, ethical and legal issues related to vaccines. Vaccine hesitancy stems from multiple key factors including a person's lack of confidence (mistrust of the vaccine and/or healthcare provider), complacency (the person does not see a need for the vaccine or does not see the value of the vaccine), and convenience (access to vaccines). It has existed since the invention of vaccination, and pre-dates the coining of the terms "vaccine" and "vaccination" by nearly 80 years. The specific hypotheses raised by anti-vaccination advocates have been found to change over time. Vaccine hesitancy often results in disease outbreaks and deaths from vaccine-preventable diseases. Bills for mandatory vaccination have been considered for legislation, including California Senate Bill 277 and Australia's No Jab No Pay, all of which have been opposed by anti-vaccination activists and organizations. Opposition to mandatory vaccination may be based on anti-vaccine sentiment, concern that it violates civil liberties or reduces public trust in vaccination, or suspicion of profiteering by the pharmaceutical industry.

Scientific evidence for the effectiveness of large-scale vaccination campaigns is well established. Two to three million deaths are prevented each year worldwide due to vaccination and an additional 1.5 million deaths could be prevented each year if all recommended vaccines were used. Vaccination campaigns helped eradicate smallpox, which once killed as many as one in seven children in Europe, and have nearly eradicated polio. As a more modest example, infections caused by ''Haemophilus influenzae'' (Hib), a major cause of bacterial meningitis and other serious diseases in children, have decreased by over 99% in the US since the introduction of a vaccine in 1988. It is estimated that full vaccination, from birth to adolescence, of all US children born in a given year would save 33,000 lives and prevent 14 million infections. There exists anti-vaccine literature that argues that reductions in infectious disease are a result of improved sanitation and hygiene (rather than vaccination), or that these diseases were already in decline before the introduction of specific vaccines. These claims are not supported by scientific data; the incidence of vaccine-preventable diseases tended to fluctuate over time until the introduction of specific vaccines, at which point the incidence dropped to near zero. A Centers for Disease Control and Prevention website aimed at countering common misconceptions about vaccines argued, "Are we expected to believe that better sanitation caused incidence of each disease to drop, just at the time a vaccine for that disease was introduced?" Other critics argue that the immunity granted by vaccines is only temporary and requires boosters, whereas those who survive the disease become permanently immune. As discussed below, the philosophies of some alternative medicine practitioners are incompatible with the idea that vaccines are effective. 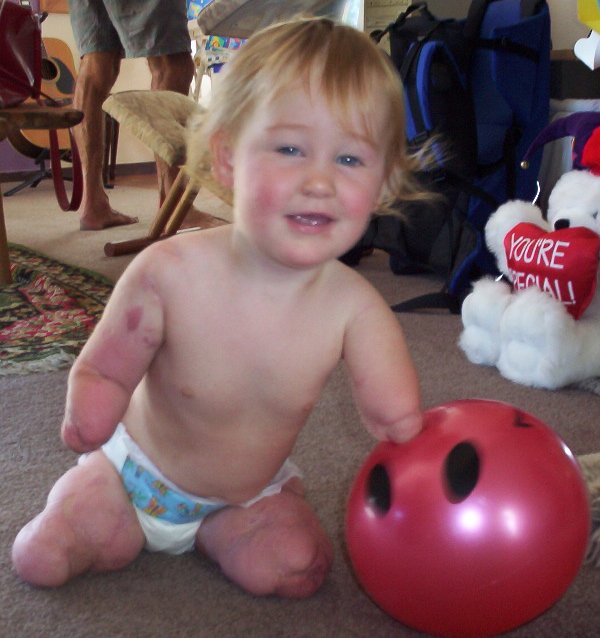 Incomplete vaccine coverage increases the risk of disease for the entire population, including those who have been vaccinated, because it reduces herd immunity. For example, the measles vaccine is given to children 9–12 months old, and the short window between the disappearance of maternal antibody (before which the vaccine often fails to seroconvert) and natural infection means that vaccinated children are frequently still vulnerable. Herd immunity lessens this vulnerability if all the children are vaccinated. Increasing herd immunity during an outbreak or risk of an outbreak is perhaps the most widely accepted justification for mass vaccination. When a new vaccine is introduced mass vaccination helps increase coverage rapidly. If enough of a population is vaccinated, herd immunity takes effect, decreasing risk to people who cannot receive vaccines because they are too young or old, immunocompromised, or have severe allergies to the ingredients in the vaccine. The outcome for people with compromised immune systems who get infected is often worse than that of the general population.

Commonly used vaccines are a cost-effective and preventive way of promoting health, compared to the treatment of acute or chronic disease. In the US during 2001, routine childhood immunizations against seven diseases were estimated to save over $40 billion per birth-year cohort in overall social costs, including $10 billion in direct health costs, and the societal benefit-cost ratio for these vaccinations was estimated to be 16.5.

When a vaccination program successfully reduces the disease threat, it may reduce the perceived risk of disease as cultural memories of the effects of that disease fade. At this point, parents may feel they have nothing to lose by not vaccinating their children. If enough people hope to become free-riders, gaining the benefits of herd immunity without vaccination, vaccination levels may drop to a level where herd immunity is ineffective. According to Jennifer Reich, those parents who believe vaccination to be quite effective but might prefer their children to remain unvaccinated, are those who are the most likely to be convinced to change their mind, as long as they are approached properly.

While some anti-vaccinationists openly deny the improvements vaccination has made to public health, or succumb to conspiracy theories, it is much more common to cite concerns about safety. As with any medical treatment, there is a potential for vaccines to cause serious complications, such as severe allergic reactions, but unlike most other medical interventions, vaccines are given to healthy people and so a higher standard of safety is demanded. While serious complications from vaccinations are possible, they are extremely rare and much less common than similar risks from the diseases they prevent. As the success of immunization programs increases and the incidence of disease decreases, public attention shifts away from the risks of disease to the risk of vaccination, and it becomes challenging for health authorities to preserve public support for vaccination programs. The overwhelming success of certain vaccinations has made certain diseases rare and consequently this has led to incorrect heuristic thinking, in weighing risks against benefits, among people who are vaccine-hesitant. Once such diseases (e.g., ''Haemophilus influenzae B'') decrease in prevalence, people may no longer appreciate how serious the illness is due to a lack of familiarity with it and become complacent. The lack of personal experience with these diseases reduces the perceived danger and thus reduces the perceived benefit of immunization. Conversely, certain illnesses (e.g., influenza) remain so common that vaccine-hesitant people mistakenly perceive the illness to be non-threatening despite clear evidence that the illness poses a significant threat to human health. Omission and disconfirmation biases also contribute to vaccine hesitancy. Various concerns about immunization have been raised. They have been addressed and the concerns are not supported by evidence. Concerns about immunization safety often follow a pattern. First, some investigators suggest that a medical condition of increasing prevalence or unknown cause is an adverse effect of vaccination. The initial study and subsequent studies by the same group have inadequate methodology, typically a poorly controlled or uncontrolled case series. A premature announcement is made about the alleged adverse effect, resonating with individuals suffering from the condition, and underestimating the potential harm of forgoing vaccination to those whom the vaccine could protect. Other groups attempt to replicate the initial study but fail to get the same results. Finally, it takes several years to regain public confidence in the vaccine. Adverse effects ascribed to vaccines typically have an unknown origin, an increasing incidence, some biological plausibility, occurrences close to the time of vaccination, and dreaded outcomes. In almost all cases, the public health effect is limited by cultural boundaries: English speakers worry about one vaccine causing autism, while French speakers worry about another vaccine causing multiple sclerosis, and Nigerians worry that a third vaccine causes infertility.

The idea of a link between vaccines and autism has been extensively investigated and conclusively shown to be false. The scientific consensus is that there is no relationship, causal or otherwise, between vaccines and incidence of autism, and vaccine ingredients do not cause autism. Nevertheless, the anti-vaccination movement continues to promote myths, conspiracy theories, and misinformation linking the two. A developing tactic appears to be the "promotion of irrelevant research san active aggregation of several questionable or peripherally related research studies in an attempt to justify the science underlying a questionable claim".

Thiomersal (called "thimerosal" in the US) is an antifungal preservative used in small amounts in some multi-dose vaccines (where the same vial is opened and used for multiple patients) to prevent contamination of the vaccine. Despite thiomersal's efficacy, the use of thiomersal is controversial because it can be metabolized or degraded in the body to ethylmercury (C2H5Hg+) and thiosalicylate. As a result, in 1999, the Centers for Disease Control (CDC) and the American Academy of Pediatrics (AAP) asked vaccine makers to remove thiomersal from vaccines as quickly as possible on the precautionary principle. Thiomersal is now absent from all common US and European vaccines, except for some preparations of influenza vaccine. Trace amounts remain in some vaccines due to production processes, at an approximate maximum of one microgramme, around 15% of the average daily mercury intake in the US for adults and 2.5% of the daily level considered tolerable by the WHO. The action sparked concern that thiomersal could have been responsible for autism. The idea is now considered disproven, as incidence rates for autism increased steadily even after thiomersal was removed from childhood vaccines. Currently there is no accepted scientific evidence that exposure to thiomersal is a factor in causing autism. Since 2000, parents in the United States have pursued legal compensation from a federal fund arguing that thiomersal caused autism in their children. A 2004 Institute of Medicine (IOM) committee favored rejecting any causal relationship between thiomersal-containing vaccines and autism. The concentration of thiomersal used in vaccines as an antimicrobial agent ranges from 0.001% (1 part in 100,000) to 0.01% (1 part in 10,000). A vaccine containing 0.01% thiomersal has 25 micrograms of mercury per 0.5 mL dose, roughly the same amount of elemental mercury found in a three-ounce can of tuna. There is robust peer-reviewed scientific evidence supporting the safety of thiomersal-containing vaccines.

In the UK, the MMR vaccine was the subject of controversy after the publication in ''The Lancet'' of a 1998 paper by Andrew Wakefield and others reporting case histories of twelve children mostly with autism spectrum disorders with onset soon after administration of the vaccine. At a 1998 press conference, Wakefield suggested that giving children the vaccines in three separate doses would be safer than a single vaccination. This suggestion was not supported by the paper, and several subsequent peer-reviewed studies have failed to show any association between the vaccine and autism. It later emerged that Wakefield had received funding from litigants against vaccine manufacturers and that he had not informed colleagues or medical authorities of his conflict of interest; had this been known, publication in ''The Lancet'' would not have taken place in the way that it did. Wakefield has been heavily criticized on scientific grounds and for triggering a decline in vaccination rates (vaccination rates in the UK dropped to 80% in the years following the study),