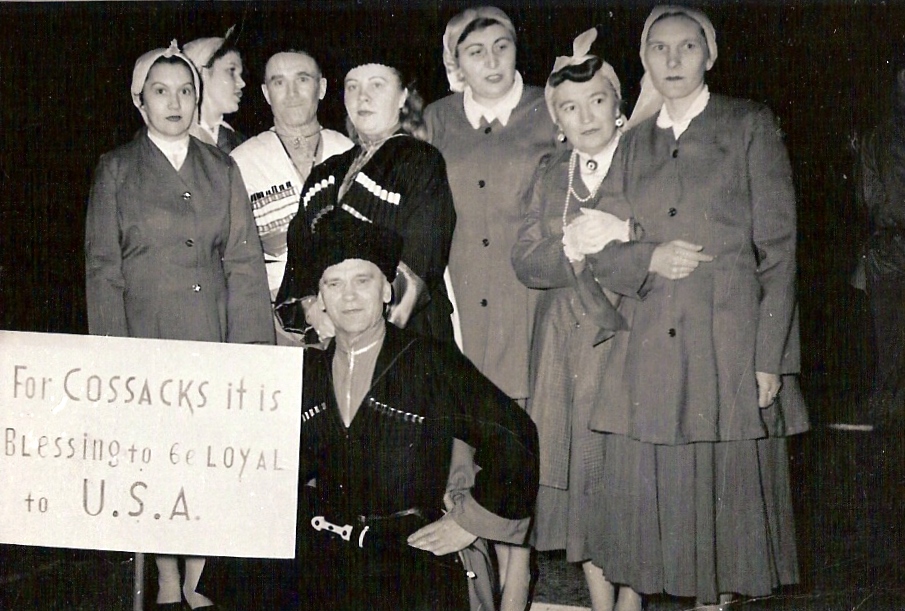 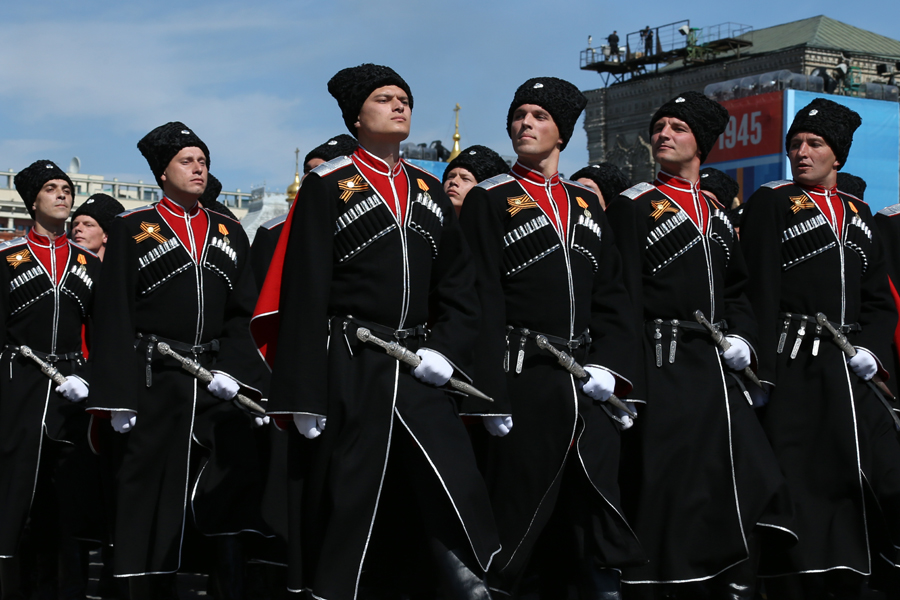 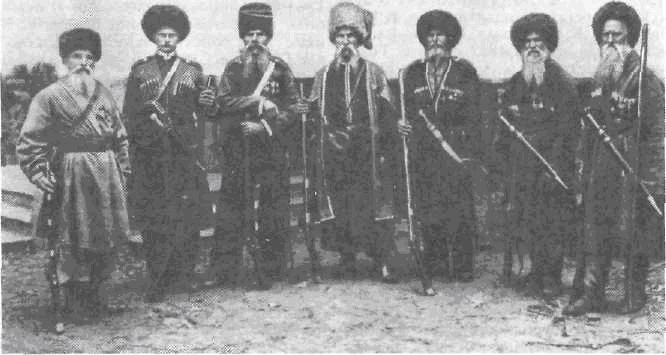 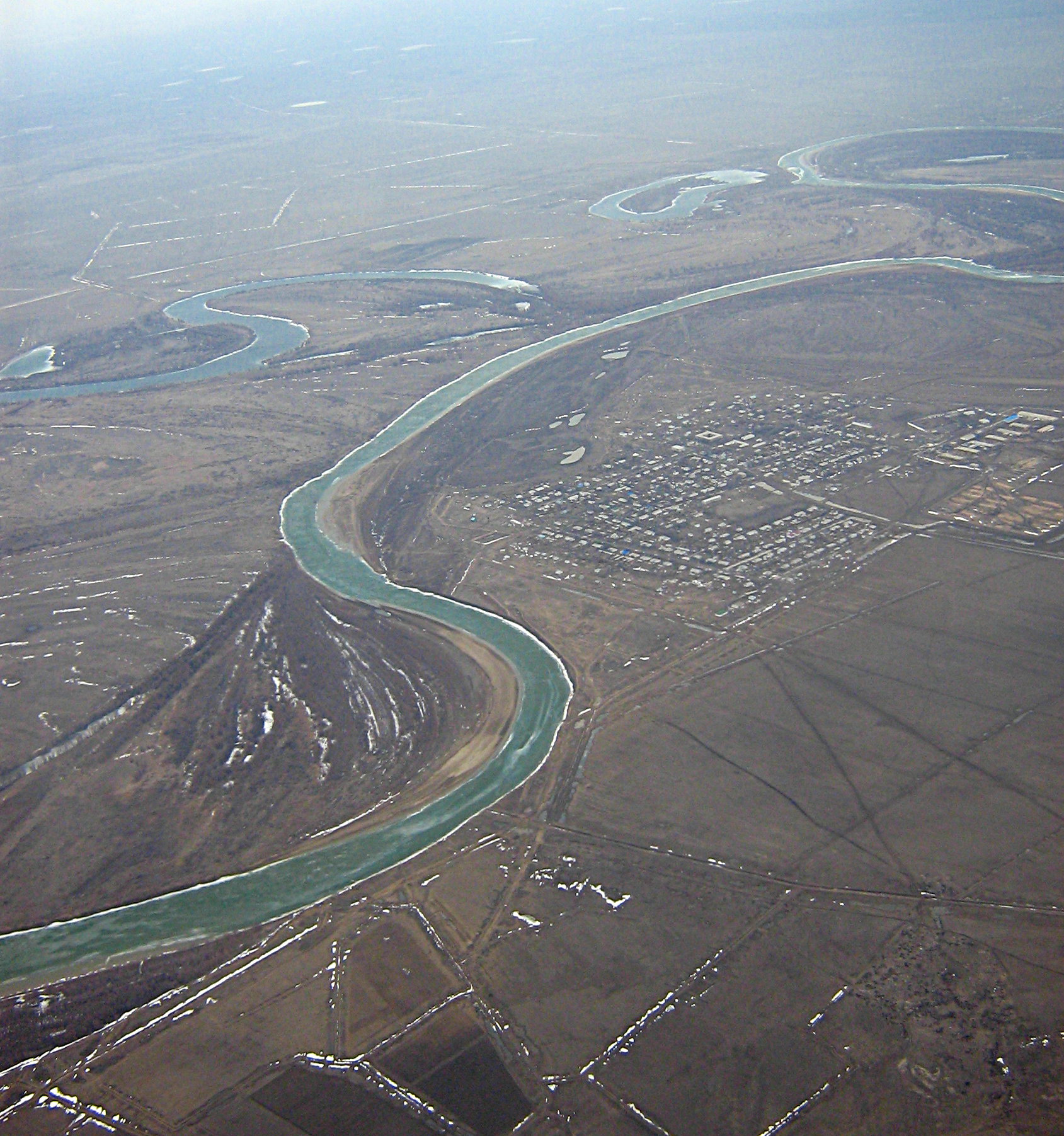 The origins of the Cossacks are disputed. Originally, the term referred to semi-independent Nağaybäk, Tatar groups (''kazakhs, qazaq'' or "free men") who inhabited the " Wild Fields", or steppes, north of the Black Sea near the Dnieper River. By the end of the 15th century, the term was also applied to peasants who had fled to the devastated regions along the Dnieper and Don (river), Don Rivers, where they established their self-governing communities. Until at least the 1630s, these Cossack groups remained ethnically and religiously open to virtually anybody, although the Slavic element predominated. There were several major
Cossack host A Cossack host ( uk, козацьке військо, ''kozatske viysko''; russian: каза́чье во́йско, ''kazachye voysko''), sometimes translated as Cossack army, was an administrative subdivision of Cossacks in the Russian Empire. ...
s in the 16th century: near the Dnieper, Don, Volga and
Ural River The Ural (russian: Урал, ), known as Yaik (russian: Яик, ba, Яйыҡ, translit=Yayıq, ; kk, Жайық, translit=Jayıq, جايىق, ) before 1775, is a river flowing through Russia Russia (russian: link=no, Россия, , ), ...

s; the Greben Cossacks in Caucasus, Caucasia; and the Zaporozhian Cossacks, mainly west of the Dnieper. The Zaporizhian Sich became a vassal polity of the Polish–Lithuanian Commonwealth during feudal times. Under increasing pressure from the Polish–Lithuanian Commonwealth, in the mid-17th century the Sich declared an independent Cossack Hetmanate. The Hetmanate was initiated by a rebellion under Bohdan Khmelnytsky against Polish and Catholic domination, known as the Khmelnytsky Uprising. Afterwards, the Treaty of Pereyaslav (1654) brought most of the Cossack state under Russian rule. The Sich, with its lands, became an autonomous region under the Russian protectorate. The Don Cossack Army, an autonomous military state formation of the Don Cossacks under the citizenship of the Moscow State in the Don region in 1671-1786), began a systematic conquest and colonization of lands to secure the borders on the Volga River, Volga, the whole of Siberia (see Yermak Timofeyevich), and the Ural River, Yaik (Ural) and Terek rivers. Cossack communities had developed along the latter two rivers well before the arrival of the Don Cossacks. By the 18th century, Cossack hosts in the Russian Empire occupied effective buffer zones on its borders. The expansionist ambitions of the Empire relied on ensuring Cossack loyalty, which caused tension given their traditional exercise of freedom, democracy, self-rule, and independence. Cossacks such as Stenka Razin, Kondraty Bulavin, Ivan Mazepa and Yemelyan Pugachev led major anti-imperial wars and revolutions in the Empire in order to abolish slavery and harsh bureaucracy, and to maintain independence. The empire responded with executions and tortures, the destruction of the western part of the Don Cossack Host during the Bulavin Rebellion in 1707–1708, the destruction of Baturyn after Mazepa's rebellion in 1708, and the formal dissolution of the Lower Dnieper Zaporozhian Host after Pugachev's Rebellion in 1775. After the Pugachev rebellion, the Empire renamed the Yaik Host, its capital, the Yaik Cossacks, and the Cossack town of Zimoveyskaya in the Don region to try to encourage the Cossacks to forget the men and their uprisings. It also formally dissolved the Lower Dnieper Zaporozhian Cossack Host, and destroyed their fortress on the Dnieper (the Sich itself). This may in part have been due to the participation of some Zaporozhian and other Ukrainian exiles in Pugachev's rebellion. During his campaign, Pugachev issued manifestos calling for restoration of all borders and freedoms of both the Polish–Lithuanian Commonwealth and the Lower Dnieper (Nyzovyi in Ukrainian) Cossack Host under the joint protectorate of Russia and the Commonwealth. By the end of the 18th century, Cossack nations had been transformed into a special military estate (Social estates in the Russian Empire, ''sosloviye''), "a military class". The Malorussian Cossacks (the former "Registered Cossacks" ["Town Zaporozhian Host" in Russia]) were excluded from this transformation, but were promoted to membership of various civil estates or classes (often Russian nobility), including the newly created civil estate of Cossacks. Similar to the knights of medieval Europe in feudal times, or to the tribal Roman auxiliaries, the Cossacks had to obtain their Russian Don, cavalry horses, arms, and supplies for their military service at their own expense, the government providing only firearms and supplies. Lacking horses, the poor served in the Cossack infantry and artillery. In the navy alone, Cossacks served with other peoples as the Russian navy had no Cossack ships and units. Cossack service was considered rigorous. Cossack forces played an important role in Russia's wars of the 18th–20th centuries, including the Great Northern War, the Seven Years' War, the Crimean War, the Napoleonic Wars, the Caucasus War, many Russo-Persian Wars, many Russo-Turkish Wars, and the World War I, First World War. In the late 19th and early 20th centuries, the Tsarist regime used Cossacks extensively to perform police service. Their use in preventing pogroms is reflected in a story by prominent Jewish writer Sholom Aleichem, titled "A Wedding Without Musicians", describing an attack on a Jewish shtetl in Ukraine by a local mob, and the Cossack unit stopping the pogrom. Cossacks also served as border guards on national and internal ethnic borders, as had been the case in the Caucasus War. During the Russian Civil War, Don and Kuban Cossacks were the first people to declare open war against the Bolsheviks. In 1918, Russian Cossacks declared their complete independence, creating two independent states: the Don Republic and the Kuban People's Republic, and the Ukrainian State emerged. Cossack troops formed the effective core of the anti-Bolshevik White Army, and Cossack republics became centers for the anti-Bolshevik White movement. With the victory of the Red Army, Cossack lands were subjected to decossackization and the Holodomor famine. As a result, during the Second World War, their loyalties were divided and both sides had Cossacks fighting in their ranks. Following the dissolution of the Soviet Union, the Cossacks made a systematic return to Russia. Many took an active part in post-Soviet conflicts. In the 2002 Russian Census, 140,028 people reported their
ethnicity An ethnic group or ethnicity is a grouping of people who identify with each other on the basis of shared attributes that distinguish them from other groups such as a common set of traditions, ancestry, language, history, society, culture, nation ...
as Cossack. There are Cossack organizations in Russia, Kazakhstan,
Ukraine Ukraine ( uk, Україна, Ukraina, ) is a country in Eastern Europe. It is the List of European countries by area, second-largest country in Europe, after Russia, which it borders to the east and north-east; it also shares borders with Be ...
, Belarus, and the United States.

Max Vasmer's etymological dictionary traces the name to the Old East Slavic word , , a loanword from Cuman language, Cuman, in which ''cosac'' meant "free man" but also "adventurer". The ethnonym Kazakhs, Kazakh is from the same Turkic languages, Turkic root. In written sources, the name is first attested in the ''Codex Cumanicus'' from the 13th century. In English language, English, "Cossack" is first attested in 1590.