The UConn Huskies men's basketball program is the intercollegiate men's basketball team of the University of Connecticut, in Storrs, Connecticut. They currently play in the Big East Conference (Big East) and are coached by Dan Hurley. The Huskies have won 4 NCAA Tournament Championships (1999, 2004, 2011 and 2014), which puts the program at sixth-most all-time. The Huskies are second in Big East Tournament Championships with seven, trailing only Georgetown (8). The Huskies also have the most Big East regular season titles with ten and one American Athletic Conference Tournament Championship. Numerous players have gone on to achieve professional success after their time at UConn, including Clifford Robinson, Ray Allen, Richard Hamilton, Caron Butler, Ben Gordon, Emeka Okafor, Rudy Gay, Charlie Villanueva, Kemba Walker, Shabazz Napier, Jeremy Lamb, and Andre Drummond. The Huskies have participated in 5 NCAA Final Fours (tied for 13th all time) and appeared in the NCAA tournament 33 times. The team has been a number one seed in the NCAA Tournament 5 times, most recently in 2009.

Men's basketball at UConn began in 1901 with a single game played by Connecticut Agricultural College against Windham High School in January of that year. The college team won, and by 1903 basketball was a varsity sport. The team's first African American player was Harrison Fitch, who was controversially benched by coach John Heldman for a 1934 game against the US Coast Guard Academy.

After graduating from the Connecticut Agricultural College, former player Hugh Greer returned to his alma mater as a freshman coach. He was later named head coach of the Huskies six games into the 1946–47 season. Greer led Connecticut to a perfect 12–0 mark for the remainder of his first season. Posting a record of 16–2, this was the best single season finish in school history to that point. UConn won 12 Yankee Conference titles under Greer in 16 completed seasons, including ten consecutive titles from 1951 to 1960. Greer also led UConn to its first seven NCAA berths and one NIT appearance while compiling an overall head coaching record of 286–112. Greer died of a heart attack in 1963, ten games into the 1962–63 season. He was replaced by assistant George Wigton, who led them to the Elite Eight. UConn men's basketball was a regional power under Greer, winning 12 Yankee Conference titles, including 10 in a row from 1950 to 1960.

Throughout the 1960s and 1970s, Connecticut remained a regional power, winning an additional six Yankee Conference titles before the conference dropped basketball at the end of the 1975–1976 season and earning multiple NCAA tournament berths. In 1979, UConn became one of the seven founding schools of the Big East Conference, which was created to focus on basketball. Prior to the 1986–87 season UConn hired Northeastern head coach Jim Calhoun to take over the program. Calhoun's first team finished the season with a record of 9–19. In 1988, the team showed significant improvement and gained a berth in the National Invitation Tournament. UConn went on a run in the tournament and defeated Ohio State 72–67 at Madison Square Garden to win the NIT, the school's first national basketball title. The 1990 "Dream Season" would bring UConn basketball back to the national stage. Led by Chris Smith, Nadav Henefeld, Scott Burrell, Tate George, Rod Sellers and John Gwynn, UConn went from unranked in the preseason to winning the Big East Regular Season and Tournament Championships, both for the first time. 1990 also marked the opening of Gampel Pavilion, the program's new on-campus home. In the NCAA Tournament the Huskies garnered a #1 seed in the East Region, but trailed Clemson 70–69 with 1 second remaining in the Sweet 16. Burrell's full-court pass found Tate George on the far baseline. George spun, fired, and hit a buzzer-beater that is known in Connecticut simply as "The Shot". They would be eliminated on a buzzer-beater 2 days later by Duke, losing in overtime 79–78. During the 1994-1995 campaign, the Huskies hosted Syracuse on ESPN. During an exciting stretch of the second half of that game, ESPN color commentator Dick Vitale claimed that Storrs, CT was the "basketball capital of the world" as both the men's and women's teams were having undefeated seasons so far. The Huskies beat Syracuse but lost to Kansas to end their undefeated season. 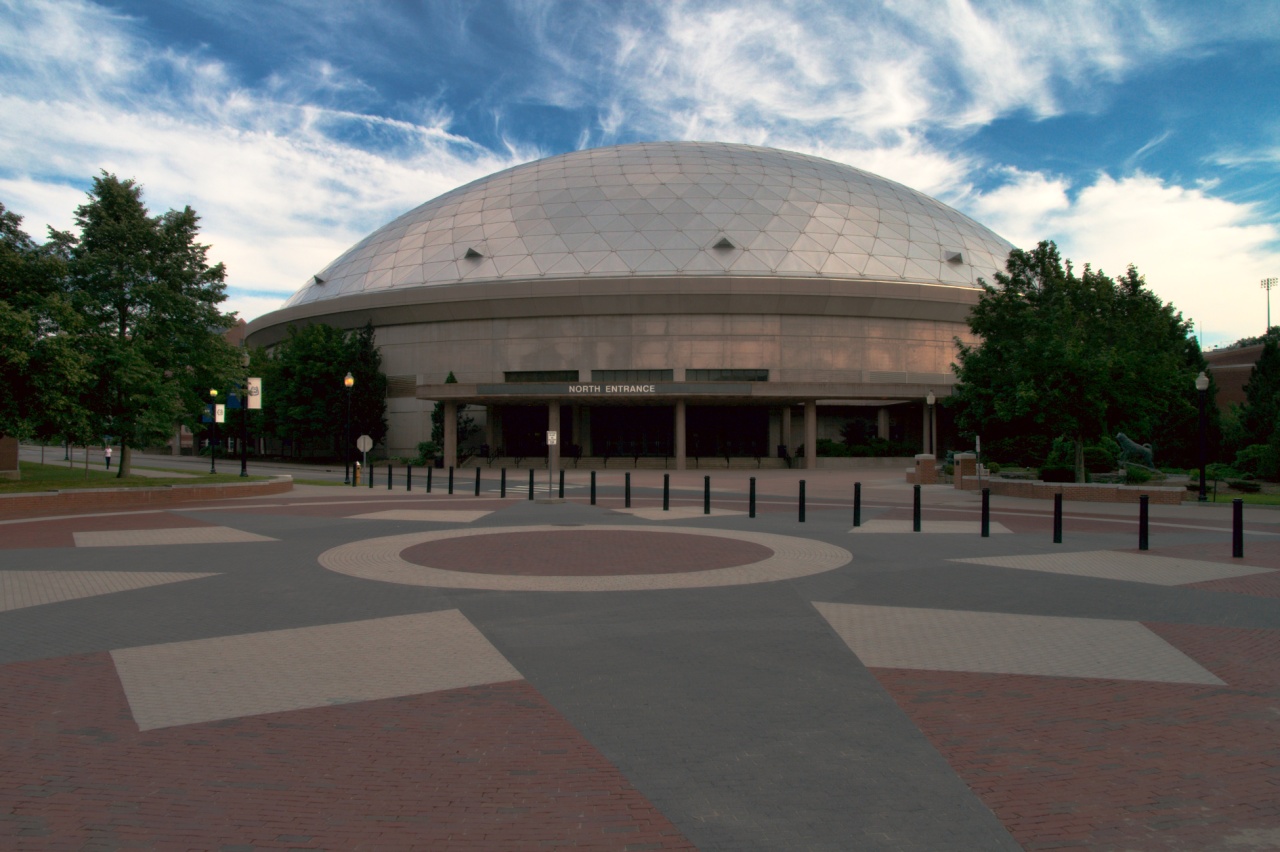 UConn continued to rise as a national program throughout the 1990s, winning five more Big East Regular Season and three more Big East Tournament Championships, as well as reaching several regional finals. The Final Four still eluded Calhoun and the program until the 1999 NCAA Tournament. With Richard "Rip" Hamilton leading the way, they claimed the program's first national title that same year. Calhoun's teams would go on to win two more national championships during his tenure at UConn. Calhoun was inducted into the Basketball Hall of Fame in 2005, and officially announced his retirement in September 2012. After the breakup of the old Big East in 2013, UConn remained as a member of the American Athletic Conference, the legal successor to the original conference. Until leaving the AAC in 2020 to join the new Big East, UConn was the only charter member of the original Big East still playing in that conference.

Kevin Ollie was hired as UConn's men's basketball coach shortly after Calhoun's retirement. Ollie played for Jim Calhoun from 1991 to 1995 and was a key player on those early 1990s Husky teams. During his first season, the Huskies record was 20–10. That year the Huskies were banned from postseason play by the NCAA because of a low APR score in 2010. In Ollie's second season, the team made the NCAA tournament. On March 30, 2014, Ollie became the first UConn coach other than Jim Calhoun to lead the Huskies to a Final Four. They won the Men's NCAA tournament on April 7, 2014, defeating the University of Kentucky 60–54. His team was the first #7 seed to ever win the NCAA tournament. Ollie led Connecticut to the American Athletic Conference tournament championship and another NCAA tournament appearance in 2015–16. The Huskies defeated Colorado 74–67 in the Second Round but were eliminated by the number one overall seed Kansas Jayhawks 73–61 in the third round of the tournament. Kevin Ollie was fired for just cause related to an NCAA investigation of the program on March 10, 2018.

Former Wagner College and Rhode Island head coach Dan Hurley was introduced by UConn on March 23, 2018 to be the next Head men's basketball coach following the firing of Kevin Ollie. 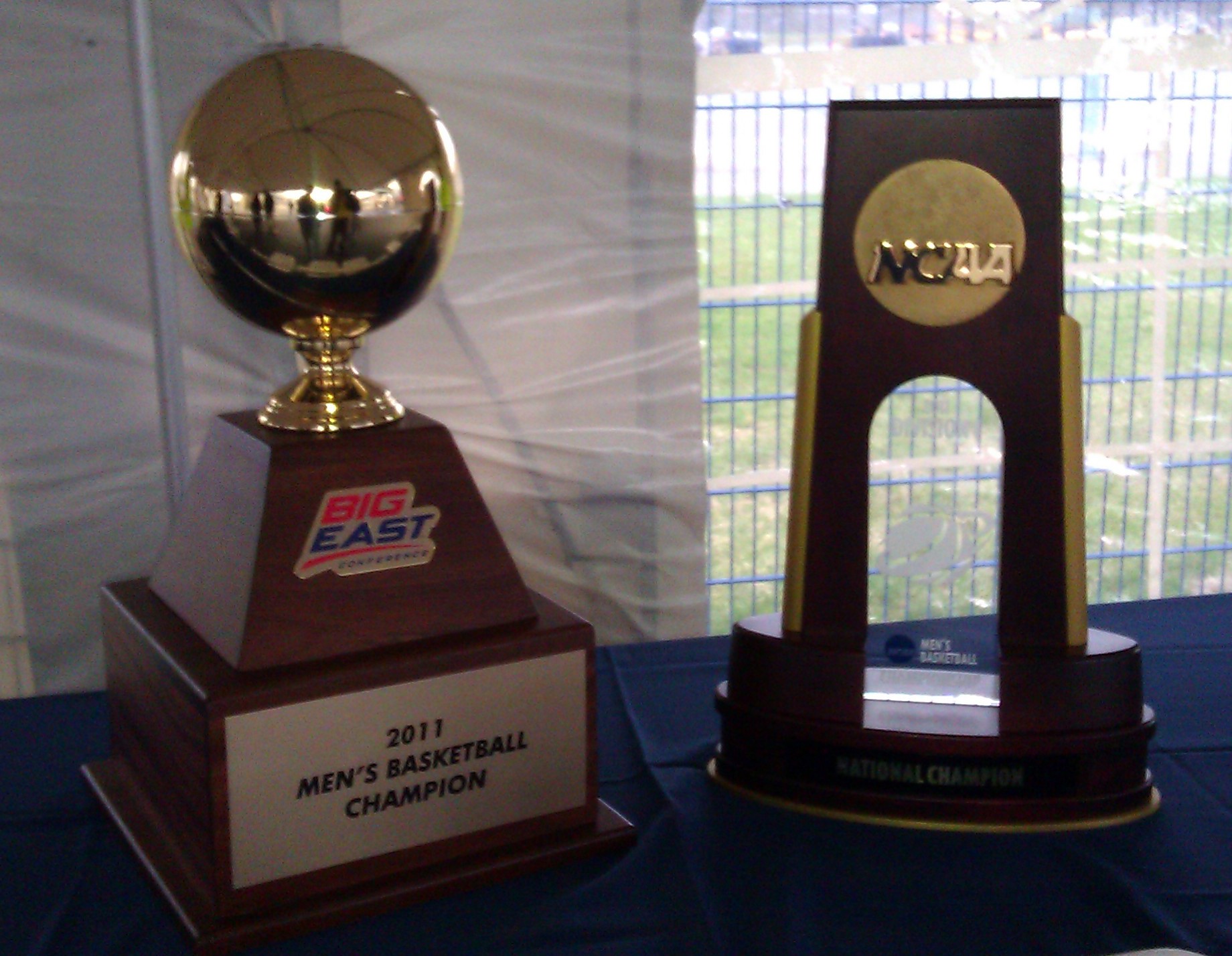 The Huskies were the top seed in the West region, and a win over Gonzaga in the regional final sent UConn to Tropicana Field for the program's first Final Four appearance. They defeated Ohio State 64–58 in the semi-final to face off against Duke in the final. Despite having been ranked #1 for half of the year, the Huskies entered the national championship game as 9-point underdogs. UConn won their first national title with a 77–74 victory. Richard Hamilton was named the tournament's Most Outstanding Player.

In 2004, the Huskies returned to the Final Four. Once again they faced Duke, this time in the National Semifinal, and used a late run to beat the Blue Devils 79–78. Two nights later, led by Emeka Okafor and Ben Gordon, Connecticut won their second national title with an 82–73 victory over Georgia Tech. Okafor was named the tournament's Most Outstanding Player. One day later the UConn women's basketball team also won a national title, making UConn the first and only school in NCAA Division I history to have its men's and women's basketball programs win a national championship in the same season.

The 2011 Huskies won 11 straight games in postseason play, the final six of which resulted in the program's third national championship. On April 4, 2011, they defeated the Butler Bulldogs, 53–41. UConn junior Kemba Walker was named the tournament's Most Outstanding Player. Many consider UConn's win in the Championship Game to be a great defensive performance, as the Huskies held Butler to only 18.8% shooting from the field (a record for field goal percentage defense in a championship game) and tied a title game record with ten blocked shots. An analysis by Sports Illustrated columnist Luke Winn credited the Huskies' defense by demonstrating, for instance, that they blocked or altered a staggering 26.6% of Butler's shots – compared to just 3.8 percent by Pittsburgh and 12.1 percent by VCU in earlier rounds. The 53 points scored by Connecticut was, in turn, the lowest point total by a winning team in a championship game since 1949. 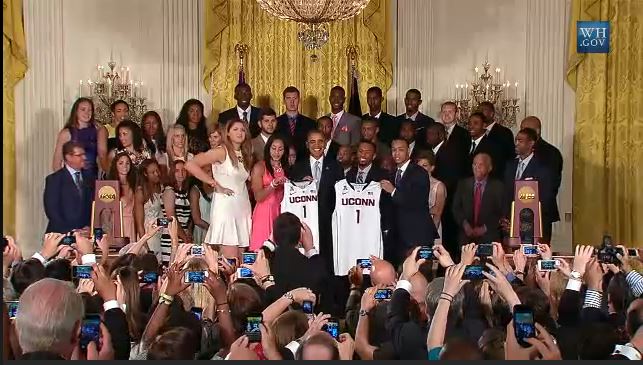 In 2014 led by American Athletic Conference Player of the Year Shabazz Napier, UConn became the first #7 seed to win the NCAA Championship, getting past No. 1 seed Florida, No. 2 seed Villanova, No. 3 seed Iowa State, and No. 4 seed Michigan State, before defeating the Kentucky Wildcats 60–54 in the championship game in Arlington, Texas. UConn is undefeated in the state of Texas in the Final Four (6–0). As in 2004, the UConn women's basketball team also won a national title, making UConn the first and only school in NCAA Division I history to have its men's and women's basketball programs win a national championship in the same season twice.

''The NCAA began seeding the tournament with the 1979 edition.''

The following is a list of Connecticut Huskies men's basketball head coaches. The team is currently coached by Dan Hurley.

On December 26, 2006, UConn announced inaugural inductees into the "Huskies of Honor" recognition program, a class of 13 players and 3 coaches that were later introduced at halftime during the February 5, 2007 UConn-Syracuse game. Former athletic director John Toner was inducted on February 28, 2009. On April 5, 2011, Kemba Walker was the first men's basketball player to be added to the program since the inaugural inductees, an honor he was bestowed after leading the team to a national championship. The Huskies of Honor are each recognized by a four by five foot panel which displays his name, jersey number and years of service, and a plaque which summarizes each's career accomplishments;