Click Here for Items Related To - Sport of athletics


Athletics is a group of sporting events that involves competitive running, jumping, throwing, and walking. The most common types of athletics competitions are track and field, road running, cross country running, and racewalking. The results of racing events are decided by finishing position (or time, where measured), while the jumps and throws are won by the athlete that achieves the highest or furthest measurement from a series of attempts. The simplicity of the competitions, and the lack of a need for expensive equipment, makes athletics one of the most common types of sports in the world. Athletics is mostly an individual sport, with the exception of relay races and competitions which combine athletes' performances for a team score, such as cross country. Organized athletics are traced back to the Ancient Olympic Games from 776 BC. The rules and format of the modern events in athletics were defined in Western Europe and North America in the 19th and early 20th century, and were then spread to other parts of the world. Most modern top level meetings are held under the auspices of World Athletics, the global governing body for the sport of athletics, or its member continental and national federations. The athletics meeting forms the backbone of the Summer Olympics. The foremost international athletics meeting is the World Athletics Championships, which incorporates track and field, marathon running and race walking. Other top level competitions in athletics include the World Athletics Cross Country Championships and the World Half Marathon Championships. Athletes with a physical disability compete at the Summer Paralympics and the World Para Athletics Championships. The word athletics is derived from the Ancient Greek (, "combatant in public games") from (, "prize") or (, "competition"). Initially, the term described athletic contests in general – i.e. sporting competition based primarily on human physical feats. In the 19th century, the term athletics acquired a more narrow definition in Europe and came to describe sports involving competitive running, walking, jumping and throwing. This definition continues to be prominent in the United Kingdom and the former British Empire. Related words in Germanic and Romance languages also have a similar meaning. In much of North America, ''athletics'' is synonymous with sports in general, maintaining the historical usage of the term. The word "athletics" is rarely used to refer to the sport of athletics in this region. ''Track and field'' is preferred, and is used in the United States and Canada to refer to athletics events, including racewalking and marathon running (although cross country running is typically considered a separate sport). 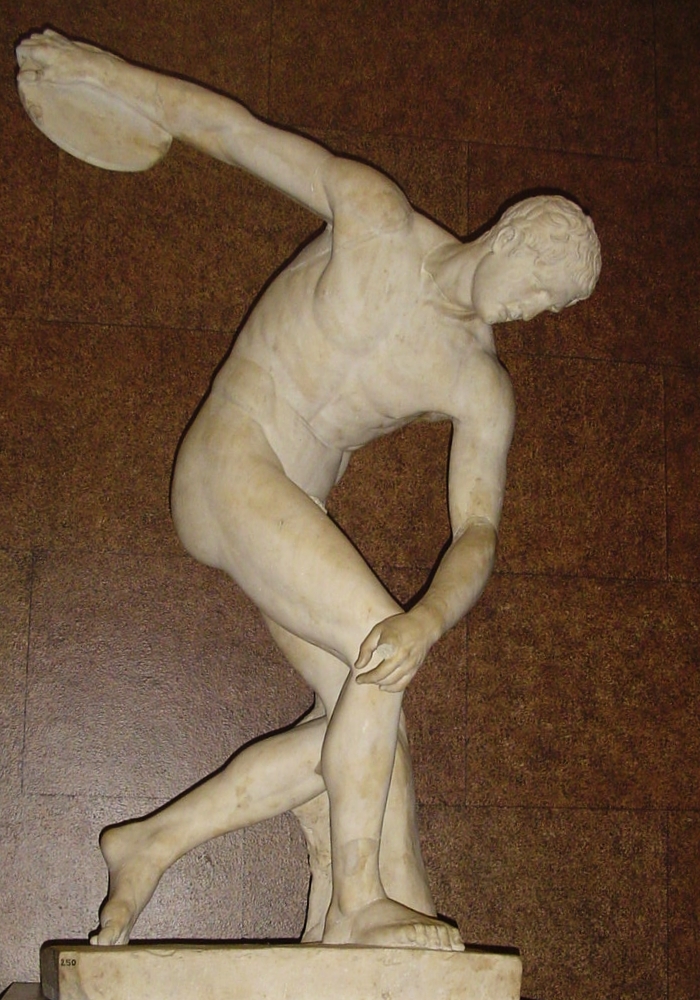 Athletic contests in running, walking, jumping and throwing are among the oldest of all sports and their roots are prehistoric. Athletics events were depicted in the Ancient Egyptian tombs in Saqqara, with illustrations of running at the Heb Sed festival and high jumping appearing in tombs from as early as of 2250 BC. The Tailteann Games were an ancient Celtic festival in Ireland, founded circa 1800 BC, and the thirty-day meeting included running and stone-throwing among its sporting events. The original and only event at the first Olympics in 776 BC was a stadium-length running event known as the ''stadion''. This later expanded to include throwing and jumping events within the ancient pentathlon. Athletics competitions also took place at other Panhellenic Games, which were founded later around 500 BC.

The Cotswold Olympic Games, a sports festival which emerged in 17th century England, featured athletics in the form of sledgehammer throwing contests. Annually, from 1796 to 1798, L'Olympiade de la République was held in revolutionary France, and is an early forerunner to the modern Olympic Games. The premier event of this competition was a running event, but various ancient Greek disciplines were also on display. The 1796 Olympiade marked the introduction of the metric system into the sport. Athletics competitions were held about 1812 at the Royal Military College, Sandhurst, and in 1840 in Shrewsbury, Shropshire at the Royal Shrewsbury School Hunt. The Royal Military Academy at Woolwich held an organised competition in 1849, and a regular series of closed meetings open only to undergraduates, was held by Exeter College, Oxford from 1850. The annual Wenlock Olympian Games, first held in 1850 in Wenlock, England, incorporated athletics events into its sports programme. The first modern-style indoor athletics meetings were recorded shortly after in the 1860s, including a meet at Ashburnham Hall in London which featured four running events and a triple jump competition. The Amateur Athletic Association (AAA) was established in England in 1880 as the first national body for the sport of athletics and began holding its own annual athletics competition – the AAA Championships. The United States also began holding an annual national competition – the USA Outdoor Track and Field Championships – first held in 1876 by the New York Athletic Club. Athletics became codified and standardized via the English AAA and other general sports organisations in the late 19th century, such as the Amateur Athletic Union (founded in the US in 1888) and the Union des sociétés françaises de sports athlétiques (founded in France in 1889). An athletics competition was included in the first modern Olympic Games in 1896 and it has been as one of the foremost competitions at the quadrennial multi-sport event ever since. Originally for men only, the 1928 Olympics saw the introduction of women's events in the athletics programme. Athletics is part of the Paralympic Games since the inaugural Games in 1960. Athletics has a very high-profile during major championships, especially the Olympics, but otherwise is less popular. An international governing body, the International Amateur Athletics Federation (IAAF), was founded in 1912. It enforced amateur sport status on competitions during much of the 20th century. Professional competition continued at a low level, becoming increasingly more common as the century progressed. The International Track Association briefly formed a professional track and field circuit in the United States in the 1970s. Athletes used their increasing status to push for remuneration and the IAAF responded with the IAAF Golden Events series and the establishment an outdoor World Championships in 1983, including track and field, racewalking and a marathon event. In modern times, athletes can receive money for racing, putting an end to the so-called "amateurism" that existed before. The global body updated the name to the International Association of Athletics Federations in 2001, moving away from its amateur origins, before taking on its current name World Athletics in 2019. The Comité International Sports des Sourds had been formed by 1922, to govern international deaf sports, including athletics. The first organized international competitions for athletes with a physical disability (not deaf) began in 1952, when the first international Stoke Mandeville Games were organized for World War II veterans.