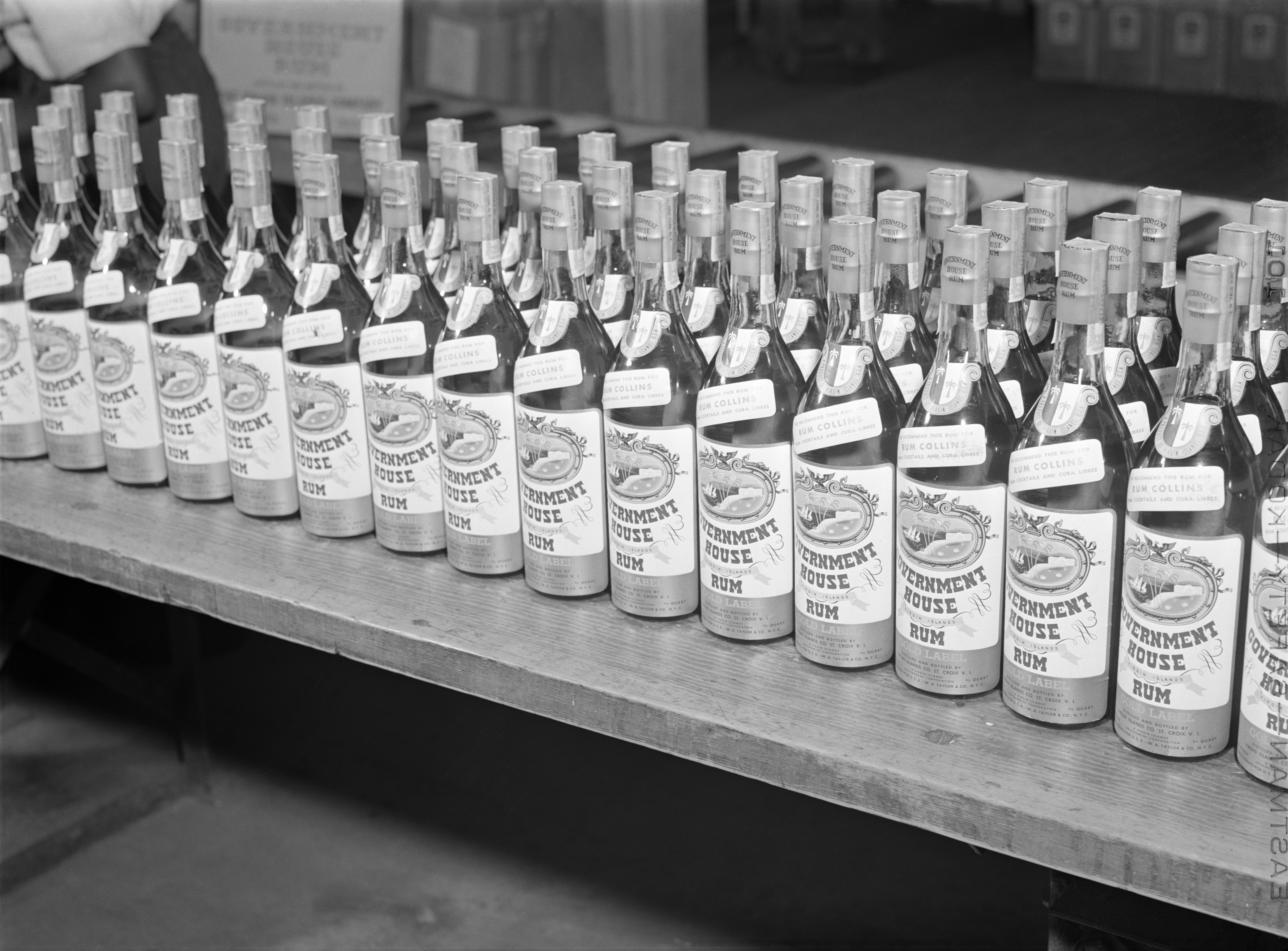 Rum is a liquor made by fermenting then distilling sugarcane molasses or sugarcane juice. The distillate, a clear liquid, is usually aged in oak barrels. Most rums are produced in Caribbean and American countries, but also in other sugar-producing countries, such as the Philippines and India. Rums are produced in various grades. Light rums are commonly used in cocktails, whereas "golden" and "dark" rums were typically consumed straight or neat, iced ("on the rocks"), or used for cooking, but are now commonly consumed with mixers. Premium rums are made to be consumed either straight or iced. Rum plays a part in the culture of most islands of the West Indies as well as the Maritime provinces and Newfoundland, in Canada. The beverage has famous associations with the Royal Navy (where it was mixed with water or beer to make grog) and piracy (where it was consumed as bumbo). Rum has also served as a popular medium of economic exchange, used to help fund enterprises such as slavery (see Triangular trade), organized crime, and military insurgencies (e.g., the American Revolution and Australia's Rum Rebellion).

The origin of the word "rum" is unclear. The most widely accepted hypothesis is that it is related to "rumbullion" a beverage made from boiling sugar cane stalks, or possibly "rumbustion," which was a slang word for "uproar" or "tumult";