Click Here for Items Related To - Philosophy of science


Philosophy of science is a branch of philosophy concerned with the foundations, methods, and implications of science. The central questions of this study concern what qualifies as science, the reliability of scientific theories, and the ultimate purpose of science. This discipline overlaps with metaphysics, ontology, and epistemology, for example, when it explores the relationship between science and truth. Philosophy of science focuses on metaphysical, epistemic and semantic aspects of science. Ethical issues such as bioethics and scientific misconduct are often considered ethics or science studies rather than philosophy of science. There is no consensus among philosophers about many of the central problems concerned with the philosophy of science, including whether science can reveal the truth about unobservable things and whether scientific reasoning can be justified at all. In addition to these general questions about science as a whole, philosophers of science consider problems that apply to particular sciences (such as biology or physics). Some philosophers of science also use contemporary results in science to reach conclusions about philosophy itself. While philosophical thought pertaining to science dates back at least to the time of Aristotle, general philosophy of science emerged as a distinct discipline only in the 20th century in the wake of the logical positivist movement, which aimed to formulate criteria for ensuring all philosophical statements' meaningfulness and objectively assessing them. Charles Sanders Peirce and Karl Popper moved on from positivism to establish a modern set of standards for scientific methodology. Thomas Kuhn's 1962 book ''The Structure of Scientific Revolutions'' was also formative, challenging the view of scientific progress as steady, cumulative acquisition of knowledge based on a fixed method of systematic experimentation and instead arguing that any progress is relative to a "paradigm," the set of questions, concepts, and practices that define a scientific discipline in a particular historical period. Subsequently, the coherentist approach to science, in which a theory is validated if it makes sense of observations as part of a coherent whole, became prominent due to W.V. Quine and others. Some thinkers such as Stephen Jay Gould seek to ground science in axiomatic assumptions, such as the uniformity of nature. A vocal minority of philosophers, and Paul Feyerabend in particular, argue that there is no such thing as the "scientific method", so all approaches to science should be allowed, including explicitly supernatural ones. Another approach to thinking about science involves studying how knowledge is created from a sociological perspective, an approach represented by scholars like David Bloor and Barry Barnes. Finally, a tradition in continental philosophy approaches science from the perspective of a rigorous analysis of human experience. Philosophies of the particular sciences range from questions about the nature of time raised by Einstein's general relativity, to the implications of economics for public policy. A central theme is whether the terms of one scientific theory can be intra- or intertheoretically reduced to the terms of another. That is, can chemistry be reduced to physics, or can sociology be reduced to individual psychology? The general questions of philosophy of science also arise with greater specificity in some particular sciences. For instance, the question of the validity of scientific reasoning is seen in a different guise in the foundations of statistics. The question of what counts as science and what should be excluded arises as a life-or-death matter in the philosophy of medicine. Additionally, the philosophies of biology, of psychology, and of the social sciences explore whether the scientific studies of human nature can achieve objectivity or are inevitably shaped by values and by social relations. 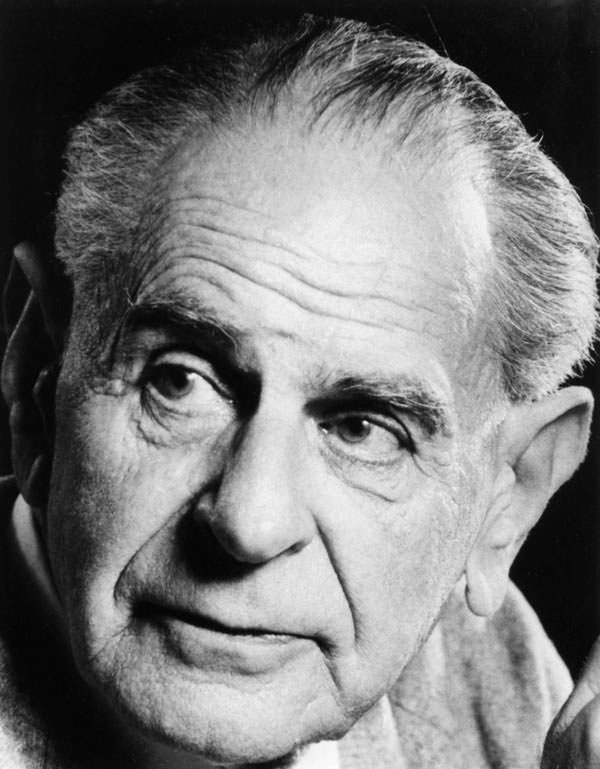 Distinguishing between science and non-science is referred to as the demarcation problem. For example, should psychoanalysis be considered science? How about creation science, the inflationary multiverse hypothesis, or macroeconomics? Karl Popper called this the central question in the philosophy of science. However, no unified account of the problem has won acceptance among philosophers, and some regard the problem as unsolvable or uninteresting. Martin Gardner has argued for the use of a Potter Stewart standard ("I know it when I see it") for recognizing pseudoscience. Early attempts by the logical positivists grounded science in observation while non-science was non-observational and hence meaningless. Popper argued that the central property of science is falsifiability. That is, every genuinely scientific claim is capable of being proven false, at least in principle. An area of study or speculation that masquerades as science in an attempt to claim a legitimacy that it would not otherwise be able to achieve is referred to as pseudoscience, fringe science, or junk science. Physicist Richard Feynman coined the term "cargo cult science" for cases in which researchers believe they are doing science because their activities have the outward appearance of it but actually lack the "kind of utter honesty" that allows their results to be rigorously evaluated.