East Asia is the eastern region of Asia, which is defined in both geographical and ethno-cultural terms. The modern states of East Asia include China, Japan, Mongolia, North Korea, South Korea, and Taiwan. The East Asian states of China, North Korea, South Korea and Taiwan are all unrecognized by at least one other East Asian state due to severe ongoing political tensions in the region, specifically the division of Korea and the political status of Taiwan. Hong Kong and Macau, two small coastal quasi-dependent territories located in the south of China, are officially highly autonomous but are under ''de jure'' Chinese sovereignty. Siberia borders East Asia's north, Southeast Asia the south, South Asia the southwest and Central Asia the west. To the east is the Pacific Ocean and to the southeast is Micronesia (a Pacific Ocean island group, classified as part of Oceania). East Asia, especially Chinese civilization, is regarded as one of the earliest cradles of civilization. Other ancient civilizations in East Asia that still exist as independent countries in the present day include the Japanese, Korean and Mongolian civilizations. Various other civilizations existed in East Asia in the past but have since been absorbed into neighbouring civilizations in the present day, such as Tibet, Baiyue, Manchuria and Ryukyu, among many others. Taiwan has a relatively young history in the region after the prehistoric era; originally, it was a major site of Austronesian civilization prior to colonization by European colonial powers and China from the 17th century onward. For thousands of years, China was the leading civilization in the region, exerting influence on its neighbors. Historically, societies in East Asia have fallen within the Chinese sphere of influence, and East Asian vocabulary and scripts are often derived from Classical Chinese and Chinese script. The Chinese calendar serves as the root from which many other East Asian calendars are derived. Major religions in East Asia include Buddhism (mostly Mahayana), Confucianism and Neo-Confucianism, Taoism, Ancestral worship, and Chinese folk religion in Mainland China, Hong Kong, Macau and Taiwan, Shintoism in Japan, and Christianity, and Sindoism in Korea. Tengerism and Tibetan Buddhism are prevalent among Mongols and Tibetans while other religions such as Shamanism are widespread among the indigenous populations of northeastern China such as the Manchus. Major languages in East Asia include Mandarin Chinese, Japanese, and Korean. Major ethnic groups of East Asia include the Han (mainland China, Hong Kong, Macau, Taiwan), Yamato (Japan) and Koreans (North Korea, South Korea). Mongols, although not as populous as the previous three ethnic groups, constitute the majority of Mongolia's population. There are 76 officially-recognized minority or indigenous ethnic groups in East Asia; 55 native to mainland China (including Hui, Manchus, Chinese Mongols, Tibetans, Uyghurs and Zhuang in the frontier regions), 16 native to the island of Taiwan (collectively known as Taiwanese indigenous peoples), one native to the major Japanese island of Hokkaido (the Ainu) and four native to Mongolia (Turkic peoples). Ryukyuan people are an unrecognised ethnic group indigenous to the Ryukyu Islands in southern Japan, which stretch from Kyushu Island (Japan) to Taiwan. There are also several unrecognised indigenous ethnic groups in mainland China and Taiwan. East Asians comprise around billion people, making up about 38% of the population in Continental Asia and 20.5% of the global population. The region is home to major world metropolises such as Beijing, Hong Kong, Seoul, Shanghai, Taipei, and Tokyo. Although the coastal and riparian areas of the region form one of the world's most populated places, the population in Mongolia and Western China, both landlocked areas, is very sparsely distributed, with Mongolia having the lowest population density of a sovereign state. The overall population density of the region is , about three times the world average of . East Asia has some of the world's largest and most prosperous economies: Mainland China, Japan, South Korea, Taiwan, Hong Kong, and Macau. 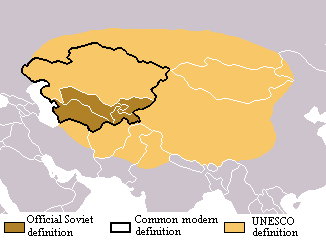 In common usage, the term "East Asia" typically refers to a region including Greater China, Japan, and Korea. China, Japan, and Korea represent the three core countries and civilizations of traditional East Asia - as they once shared a common written language, culture, as well as sharing Confucian philosophical tenets and the Confucian societal value system once instituted by Imperial China. Other usages define Mainland China, Hong Kong, Macau, Japan, North Korea, South Korea and Taiwan as countries that constitute East Asia based on their geographic proximity as well as historical and modern cultural and economic ties, particularly with Japan and Korea having strong cultural influences that originated from China. Some scholars include Vietnam as part of East Asia as it has been considered part of the greater Chinese sphere of influence. Though Confucianism continues to play an important role in Vietnamese culture, Chinese characters are no longer used in its written language and many scholarly organizations classify Vietnam as a Southeast Asian country. Mongolia is geographically north of Mainland China yet Confucianism and the Chinese writing system and culture had limited impact on Mongolian society. Thus, Mongolia is sometimes grouped with Central Asian countries such as Turkmenistan, Kyrgyzstan, and Kazakhstan. Xinjiang (East Turkestan) and Tibet are sometimes seen as part of Central Asia. Broader and looser definitions by international organizations such as the World Bank refer to the "three major Northeast Asian economies, i.e. Mainland China, Japan, and South Korea", as well as Mongolia, North Korea, the Russian Far East and Siberia. The Council on Foreign Relations includes the Russia Far East, Mongolia, and Nepal. The World Bank also acknowledges the roles of sub-national or ''de facto'' states, such as Hong Kong, Macau, and Taiwan. The Economic Research Institute for Northeast Asia defines the region as "China, Japan, the Koreas, Nepal, Mongolia, and eastern regions of the Russian Federation".