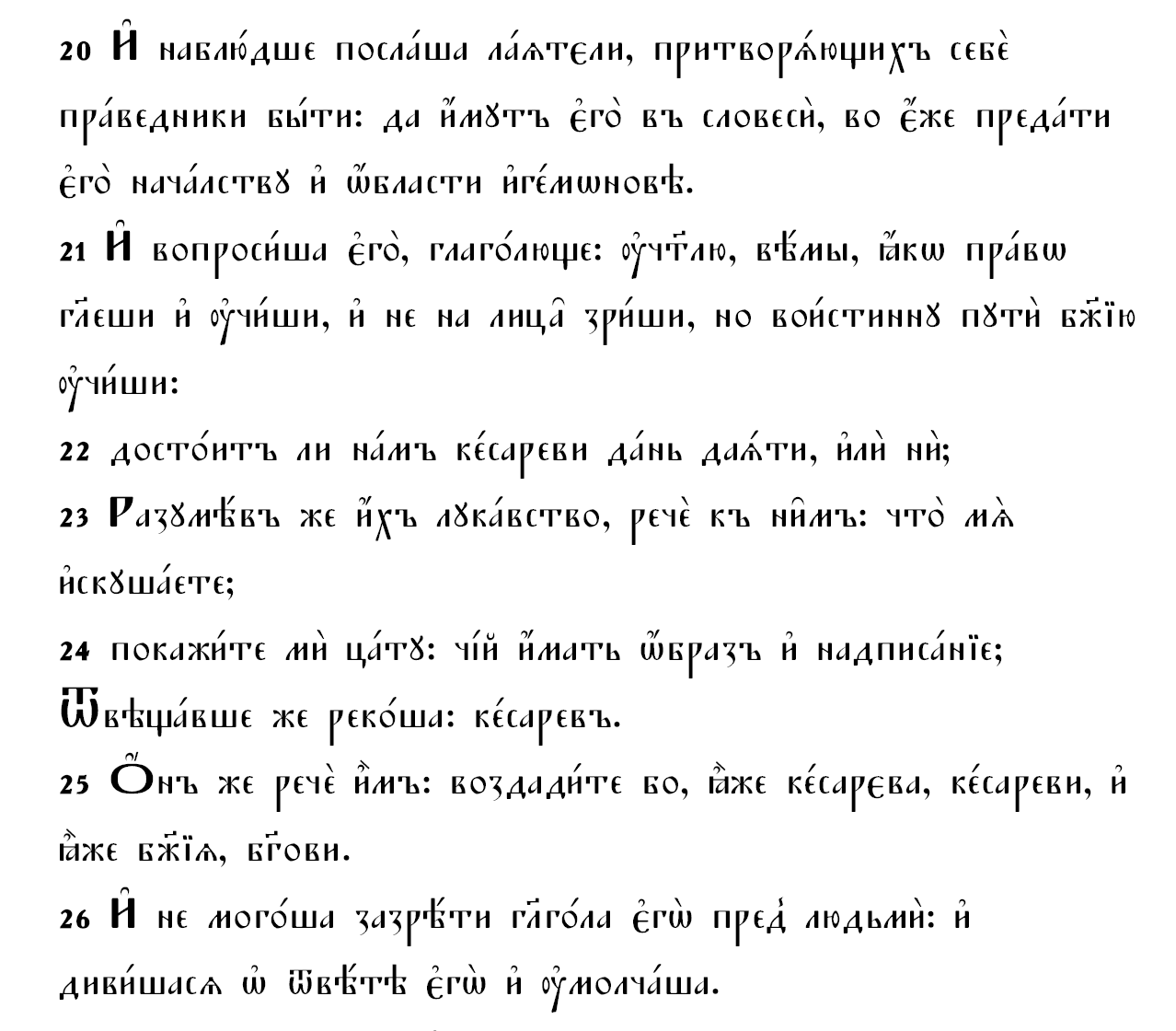 The Church Slavonic language is actually a set of at least four different dialects (recensions or redactions; russian: извод, izvod), with essential distinctions between them in dictionary, spelling (even in writing systems), phonetics, and other aspects. The most widespread recension, Russian, has several local sub-dialects in turn, with slightly different pronunciations. These various Church Slavonic recensions were used as a liturgical and literary language in all Orthodox countries north of the Mediterranean region during the Middle Ages, even in places where the local population was not Slavic (especially in Romania). In recent centuries, however, Church Slavonic was fully replaced by local languages in the non-Slavic countries. Even in some of the Slavic Orthodox countries, the modern national language is now used for liturgical purposes to a greater or lesser extent. The Russian Orthodox Church, which contains around half of all Orthodox believers, still holds its liturgies almost entirely in Church Slavonic. However, there exist parishes which use other languages (where the main problem has been a lack of good translations). Examples include: * According to the decision of the All-Russian Church Council of 1917–1918, service in Russian or Ukrainian can be permitted in individual parishes when approved by church authorities. * Parishes serving ethnic minorities in Russia use (entirely or in part) the languages of those populations: Chuvash, Mordvinic, Mari, Tatar (for Keräşens), Sakha (Yakut), etc. * Autonomous parts of the Russian Orthodox Church prepare and partly use translations to the languages of the local population, as Ukrainian, Belarusian, Romanian (in Moldova), Japanese, and Chinese. * Parishes in the diaspora, including ones of the Russian Orthodox Church Outside Russia, often use local languages: English, French, Spanish, German, Dutch, Portuguese, etc. What follows is a list of modern recensions or dialects of Church Slavonic. For a list and descriptions of extinct recensions, see the article on the Old Church Slavonic language.

The Russian recension of New Church Slavonic is the language of books since the second half of the 17th century. It generally uses traditional Cyrillic script (''poluustav''); however, certain texts (mostly prayers) can be printed in modern alphabets with the spelling adapted to rules of local languages (for example, in Russian/Ukrainian/Bulgarian/Serbian Cyrillic or in Hungarian/Slovak/Polish Latin). Before the eighteenth century, Church Slavonic was in wide use as a general literary language in Russia. Although it was never spoken ''per se'' outside church services, members of the priesthood, poets, and the educated tended to slip its expressions into their speech. During the seventeenth and eighteenth centuries, it was gradually replaced by the Russian language in secular literature and was retained for use only in church. Although as late as the 1760s, Lomonosov argued that Church Slavonic was the so-called "high style" of Russian, during the nineteenth century within Russia, this point of view declined. Elements of Church Slavonic style may have survived longest in speech among the Old Believers after the late-seventeenth century schism in the Russian Orthodox Church. Russian has borrowed many words from Church Slavonic. While both Russian and Church Slavonic are Slavic languages, some early Slavic sound combinations evolved differently in each branch. As a result, the borrowings into Russian are similar to native Russian words, but with South Slavic variances, e.g. (the first word in each pair is Russian, the second Church Slavonic): золото / злато (''zoloto / zlato''), город / град (''gorod / grad''), горячий / горящий (''goryačiy / goryaščiy''), рожать / рождать (''rožat’ / roždat’''). Since the Russian Romantic era and the corpus of work of the great Russian authors (from Gogol to Chekhov, Tolstoy, and Dostoevsky), the relationship between words in these pairs has become traditional. Where the abstract meaning has not commandeered the Church Slavonic word completely, the two words are often synonyms related to one another, much as Latin and native English words were related in the nineteenth century: one is archaic and characteristic of written high style, while the other is common and found in speech.

In Russia, Church Slavonic is pronounced in the same way as Russian, with some exceptions: * Church Slavonic features ''okanye'' and ''yekanye'', i.e., the absence of vowel reduction in unstressed syllables. That is, о and е in unstressed positions are always read as and ~ respectively (like in northern Russian dialects), whereas in standard Russian pronunciation they have different allophones when unstressed. * There should be no de-voicing of final consonants, although in practice there often is. * The letter е is never read as ё ~ (the letter ё does not exist in Church Slavonic writing at all). This is also reflected in borrowings from Church Slavonic into Russian: in the following pairs the first word is Church Slavonic in origin, and the second is purely Russian: небо / нёбо (''nebo / nëbo''), надежда / надёжный (''nadežda / nadëžnyj''). * The letter Γ can traditionally be read as voiced fricative velar sound (just as in Southern Russian dialects); however, occlusive (as in standard Russian pronunciation) is also possible and has been considered acceptable since the beginning of the 20th century. When unvoiced, it becomes ; this has influenced the Russian pronunciation of Бог (''Bog'') as ''Boh'' ox *The adjective endings -аго/-его/-ого/-яго are pronounced as written (, , , ), whereas Russian -его/-ого are pronounced with instead of (and with the reduction of unstressed vowels).

In Serbia, Church Slavonic is generally pronounced according to the Russian model. The medieval Serbian recension of Church Slavonic was gradually replaced by the Russian recension since the early eighteenth century. The differences from the Russian variant are limited to the lack of certain sounds in Serbian phonetics (there are no sounds corresponding to letters ы and щ, and in certain cases the palatalization is impossible to observe, e.g. ть is pronounced as т etc.).

The main difference between Russian and (Western) Ukrainian variants of Church Slavonic lies in the pronunciation of the letter yat (ѣ). The Russian pronunciation is the same as е ~ whereas the Ukrainian is the same as и . Greek Catholic variants of Church Slavonic books printed in variants of the Latin alphabet (a method used in Austro-Hungary and Czechoslovakia) just contain the letter "i" for yat. Other distinctions reflect differences between palatalization rules of Ukrainian and Russian (for example, is always "soft" (palatalized) in Russian pronunciation and "hard" in Ukrainian one), different pronunciation of letters and , etc. Typographically, Serbian and (western) Ukrainian editions (when printed in traditional Cyrillic) are almost identical to the Russian ones. Certain visible distinctions may include: * less frequent use of abbreviations in "nomina sacra"; * treating digraph as a single character rather than two letters (for example, in letter-spacing or in combination with diacritical marks: in Russian editions, they are placed above , not between and ; also, when the first letter of a word is printed in different color, it is applied to in Russian editions and to the entire in Serbian and Ukrainian).

The Old Moscow recension is in use among Old Believers and Co-Believers. The same traditional Cyrillic alphabet as in Russian Synodal recension; however, there are differences in spelling because the Old Moscow recension reproduces an older state of orthography and grammar in general (before the 1650s). The most easily observable peculiarities of books in this recension are: * using of digraph not only in the initial position, * hyphenation with no hyphenation sign.

This is in limited use among Croatian Catholics. Texts are printed in the Croatian Latin alphabet (with the addition of letter for yat) or in Glagolitic script. Sample editions include: * Ioseph Vais, ''Abecedarivm Palaeoslovenicvm in usum glagolitarum''. Veglae, rk 1917 (2nd ed.). XXXVI+76 p. (collection of liturgical texts in Glagolitic script, with a brief Church Slavonic grammar written in Latin language and Slavonic-Latin dictionary) * ''Rimski misal slavĕnskim jezikom: Čin misi s izbranimi misami...,'' Zagreb: Kršćanska sadašnjost, 1980 (The ISBN specified even at the publisher 978-953-151-721-5 is bad, causing a checksum error) (in Croatian Latin script)

Although the various recensions of Church Slavonic differ in some points, they share the tendency of approximating the original Old Church Slavonic to the local Slavic vernacular. Inflection tends to follow the ancient patterns with few simplifications. All original six verbal tenses, seven nominal cases, and three numbers are intact in most frequently used traditional texts (but in the newly composed texts, authors avoid most archaic constructions and prefer variants that are closer to modern Russian syntax and are better understood by the Slavic-speaking people). In Russian recension, the fall of the yers is fully reflected, more or less to the Russian pattern, although the terminal ъ continues to be written. The yuses are often replaced or altered in usage to the sixteenth- or seventeenth-century Russian pattern. The yat continues to be applied with greater attention to the ancient etymology than it was in nineteenth-century Russian. The letters ksi, psi, omega, ot, and izhitsa are kept, as are the letter-based denotation of numerical values, the use of stress accents, and the abbreviations or ''titla'' for ''nomina sacra''. The vocabulary and syntax, whether in scripture, liturgy, or church missives, are generally somewhat modernised in an attempt to increase comprehension. In particular, some of the ancient pronouns have been eliminated from the scripture (such as етеръ "a certain (person, etc.)" → нѣкій in the Russian recension). Many, but not all, occurrences of the imperfect tense have been replaced with the perfect. Miscellaneous other modernisations of classical formulae have taken place from time to time. For example, the opening of the Gospel of John, by tradition the first words written down by Saints Cyril and Methodius, (искони бѣаше слово) "In the beginning was the Word", were set as "искони бѣ слово" in the Ostrog Bible of Ivan Fedorov (1580/1581) and as въ началѣ бѣ слово in the Elizabethan Bible of 1751, still in use in the Russian Orthodox Church.