Click Here for Items Related To - university of tartu


The University of Tartu (UT; et, Tartu Ülikool, la, Universitas Tartuensis) is a university in the city of Tartu in Estonia. It is the national university of Estonia, and the only classical university in the country, and also its biggest and most prestigious university. It was founded under the name of ''Academia Gustaviana'' in 1632 by Baron Johan Skytte, the Swedish Governors-General, Governor-General (1629–1634) of Swedish Livonia, Swedish Ingria, Ingria, and Karelia (historical province of Finland), Karelia, with the required ratification provided by his long-time friend and former student – from age 7 –, King Gustavus Adolphus of Sweden, Gustavus Adolphus, shortly before the king's death on 6 November in the Battle of Lützen (1632), during the Thirty Years' War (1618–1648). Nearly 14,000 students are at the university, of whom over 1,300 are foreign students. The language of instruction in most curricula is Estonian, some more notable exceptions are taught in English, such as semiotics, applied measurement science, computer science, information technology law, and European Union–Russia studies. The historical buildings of the university are included in the European Heritage Label list as "embodiment of the ideas of a university in the Age of Enlightenment". The university is a member of the Coimbra Group and the Utrecht Network.

The ''Academia Gustaviana'' in the then-Swedish province of Livonia was the second university founded in the Swedish Empire, following Uppsala University (in Uppsala, Sweden proper) and preceding the Academy of Åbo (in Turku, Finland). A precursor to the academy had been a Society of Jesus, Jesuit grammar school ''Gymnasium Dorpatense'', founded by Stefan Batory (then king of Polish–Lithuanian Commonwealth, Poland–Lithuania) in 1583 and existing to 1601, when Tartu (Dorpat) was under Polish–Lithuanian Commonwealth, Polish–Lithuanian rule. The first students matriculated between 20 and 21 April 1632. The opening ceremony of Academia Dorpatensis (Academia Gustaviana) took place on 15 October in the same year. The academy in Tartu functioned with philosophy, law, theology, and medical faculties enjoying the privileges of the University of Uppsala. On account of the Russo-Swedish War (1656–58), Russian–Swedish war, the University of Tartu moved to Tallinn in 1656, and in 1665, it closed down. In the 17th century, the future outstanding Swedish scholars Urban Hiärne, Olof Verelius, , and others studied at the university. Among the academic staff were , professor of history (the history of Livonia, the first scientific approach to Estonian folklore) and Georg Mancelius, professor of theology (author of the first Latvian language, Latvian-German dictionary in 1638). With the reestablishment of the university in 1690 as the ''Academia Gustavo-Carolina'', Tartu became a university town again. Academic staff of the new university included , professor of mathematics (the first in the world to deliver lectures based on Isaac Newton, Newton's theory), , professor of rhetoric and poetry, , professor of medicine (founder of balneology, and discoverer of natural mineral water springs) and Michael Dau, professor of philosophy as well as of rhetoric and poetry. Just under a decade after being reconstituted, as a result of the coalition against Sweden (Russia, Denmark-Norway, and Saxony-Poland-Lithuania) and the Great Famine of 1695–1697, the university moved from Tartu to Pärnu. Eventually, Academia Gustavo-Carolina, which had opened in Pärnu on 28 August 1699, was closed as a result of the surrender of Pärnu to Russian forces on 12 August 1710 during the Great Northern War. According to the terms of the capitulation, the Russians agreed to maintain the university in Pärnu. However, the university was only reopened in 1802 by the Baltic German ''Baltic knighthoods, Ritterschaften'', when the new German-speaking University was relaunched and had its new charter confirmed by the reform-minded Tsar Alexander I of Russia. 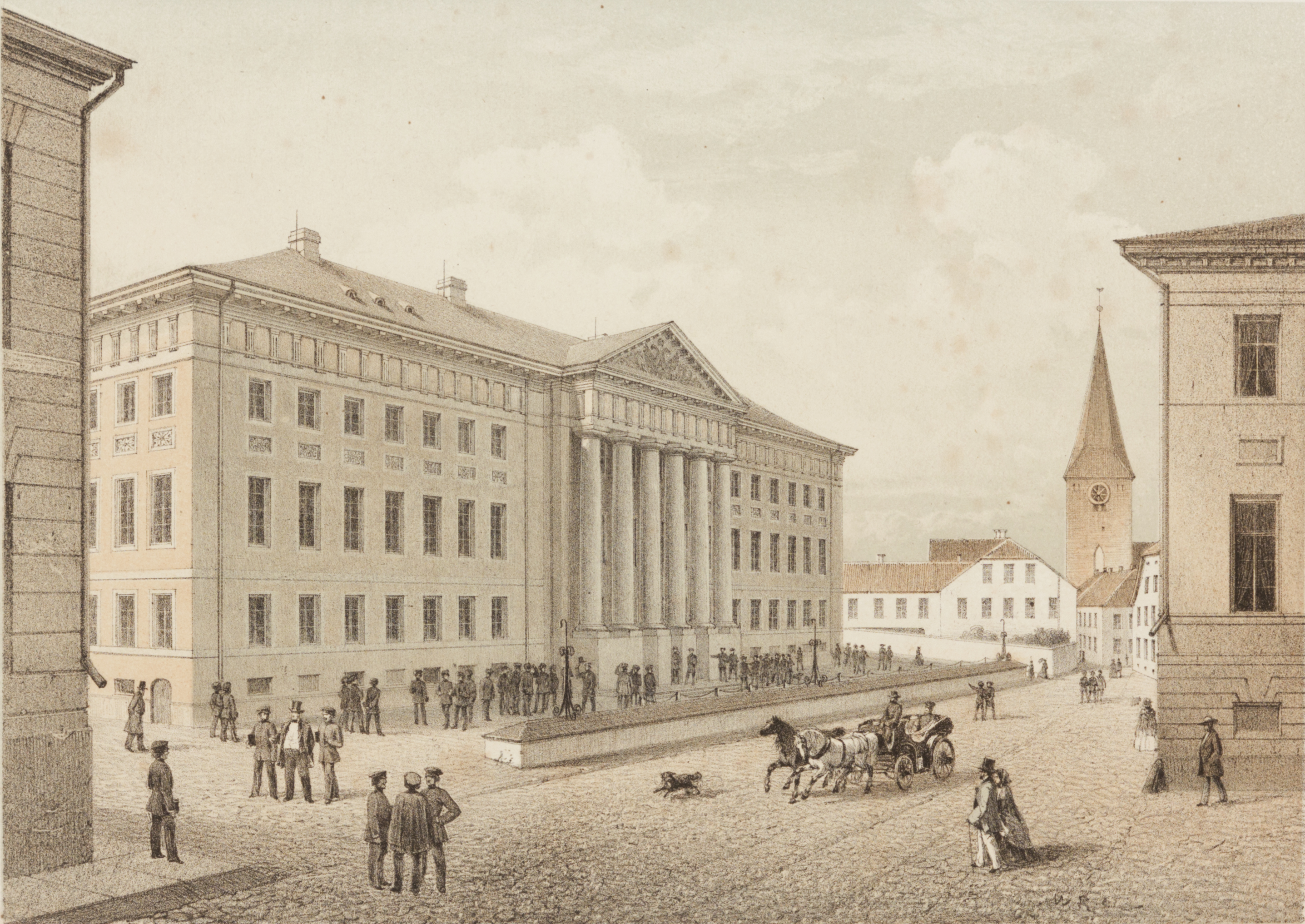 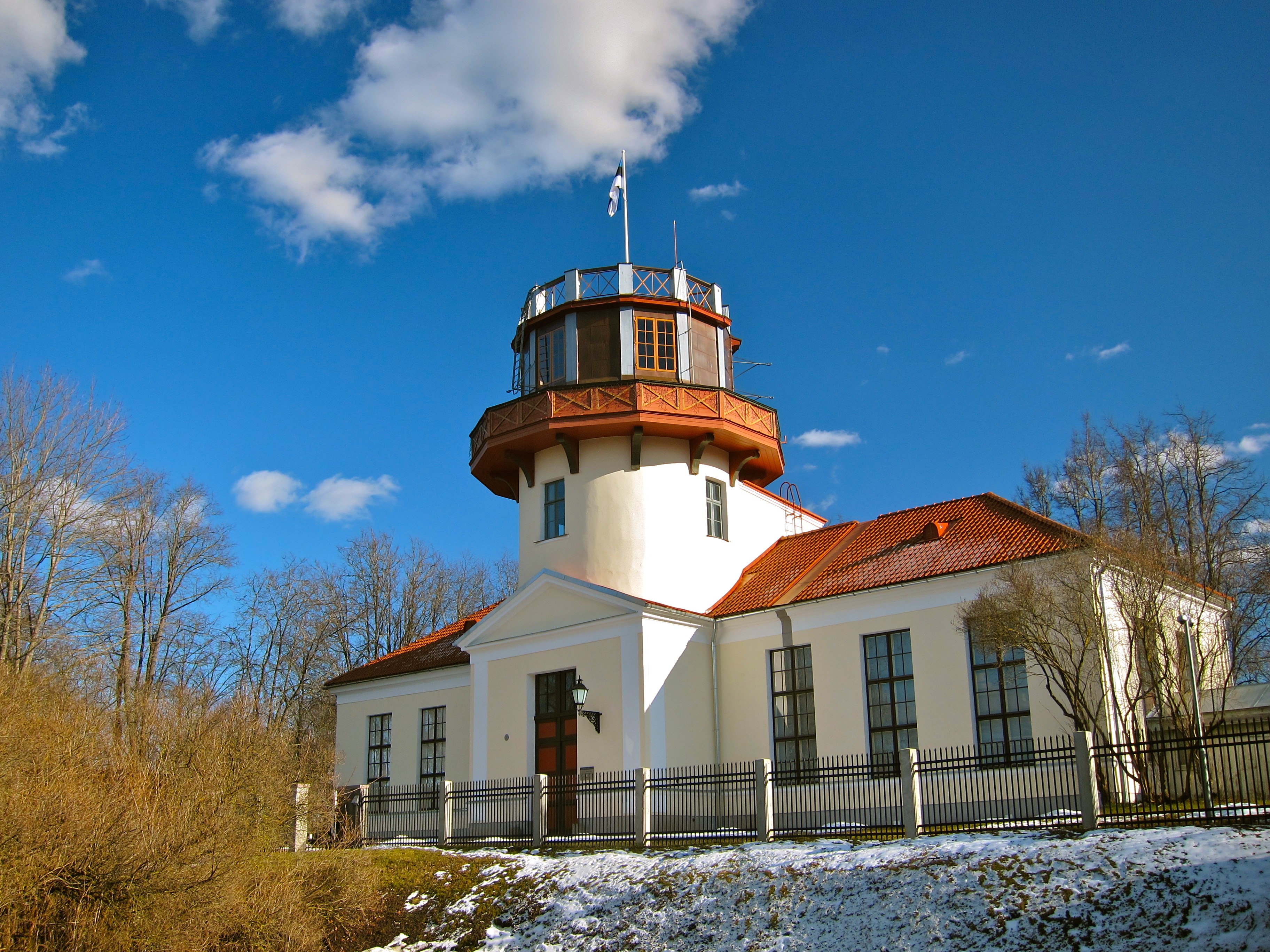 The university was reopened by the Baltic Germans in Estonia in April 1802. The language of instruction at Dorpat was German from 1802 to 1893. During that time, Dorpat had a dual nature in that it belonged both to the set of German(-language) and Russian universities. Financially and administratively, the latter was more important; intellectually and regarding the professoriate and students, the former was more important (over half the professors came from German Confederation, Germany, at least another third were Baltic Germans). Among the 30 German-language universities, of which 23 were inside the German Empire, Dorpat was the 11th in size. In teaching, the university educated the local Baltic German leadership and professional classes, as well as staff, especially for the administration and health system of the entire Russian Empire. In scholarship, it was an international university; the time between 1860 and 1880 was its "golden age". The freedom to be a half-German university ceased with the rise of nationalist tendencies in Russia, which held homogenization more important than retaining a bilingual university. Between 1882 and 1898, russification in language, appointments, etc., was imposed, with some exceptions (such as the Divinity School, which the state feared would be used by the Russian Orthodox Church, Orthodox clergy to teach dangerous Protestant views and was thus allowed to continue in German until 1916). By 1898, when both the town and the university were renamed Yuryev, virtually all distinguished scholars from Germany had left. The University of Yuryev existed until 1918, when during part of the fall term, it was reopened, under Occupation of Estonia by German Empire, German occupation, as Dorpat. Russian academic staff and students took refuge in Voronezh in Russia, giving rise to the foundation of Voronezh State University, which traces its own history back to the foundation of the University of Tartu and still holds several physical properties of the latter.

Since Estonia became independent in 1918, the University of Tartu has been an Estonian language, Estonian-language institution since 1919. The university was named Ostland-Universität in Dorpat during the Occupation of Estonia by Nazi Germany, German occupation of Estonia in 1941–1944 and Tartu State University (Estonian: ''Tartu Riiklik Ülikool'') in 1940–1941 and 1944–1989, during the Estonian Soviet Socialist Republic, Soviet occupation. During Soviet rule, although Estonian remained the principal language of instruction, some courses were taught in Russian, with several Russian curricula. Estonia regained independence in 1991, and the full recovery of academic autonomy of the university can be dated to 1992. Presently, no courses are taught in Russian.

The last decade has been marked by organizational and structural changes, as well as adaptations to various university models (American, Scandinavian, German) against the background of the Soviet and Baltic German past. Most recently, the university has been and is still being marked by the adaptation of the Bologna declaration in Estonia generally and Tartu specifically, leading to major changes in curricula and studies, as well as by strong organizational centralization attempts. Recent plans also include the abolition of the Chair system (an Americanization) and of the faculties, which is supposed to lead to four large divisions (humanities, social sciences, natural sciences, and medicine) under briefly serving deans and rector-appointed financial administrators.

The university's four museums, botanical gardens, and sports facilities are, by and large, open to the general public. The university possesses some 150 buildings, 30 of which are outside of Tartu; 31 of its buildings decorate the city as architectural monuments. However, the current reforms include attempts to sell, or have the state co-sponsor, several of these buildings and monuments, as well as sports facilities, as they are not seen as part of the university's mission proper. At the same time, numerous university buildings and student dormitories have been recently constructed or renovated, such as the Von Bock House. Many of the new buildings are built at Maarjamõisa (about 2 km southwest of the historical university centre), such as the Technology Institute, the Biomedical Center, the Chemistry building, and the new Physics building.

Lectinology, the science of lectins, was founded at the University of Tartu in 1888 with the publication of Peter Hermann Stillmark's thesis about the isolation of ricin. According to the university administration, the most remarkable recent research achievements have been in the fields of molecular biology, molecular and cell biology, laser medicine, materials science, laser spectroscopy, biochemistry, and psychology. UT is the flagship of Estonian science, ranking in the top 1% of the world's most-cited universities and research institutions in these fields (as of March 2018): › Clinical medicine › Chemistry › Environment and ecology › Geoscience › Plant and animal science › Social sciences › Molecular biology and genetics › Biology and biochemistry › Neuroscience and behaviour › Psychiatry and psychology. UT accounts for 56% of Estonia's national research output. Also, more than half of the PhD theses in Estonia are defended at UT and over 2,000 high-level research articles (those covered by citation indices like "SCI Expanded", "SSCI", or "A&HCI") are published annually. About 50 UT scientists are among the top 1% of the most-cited scientists in the world. UT has excelled among the Baltic universities in winning European Research Council grants. The prestigious ERC grant has been awarded to Professor of Molecular Systems Biology Mart Loog, Professor of Nanomedicine Tambet Teesalu, and Professor of International Law Lauri Mälksoo.

University of Tartu has contracts with 154 business partners in the amount of 10.2 million euros. UT is one of the largest development partners for the private and public sector in the Baltics. The university also works closely with international businesses such as Swedbank, The Linde Group, Pfizer, ABB Corporate Research, SUPER APPLI Inc, Eesti Energia Group, Telia AS, and many more. UT has spun off more than 60 start-ups, including software companies Reach-U and Positium providing location-based solutions, biotechnology company Icosagen etc. The success story of the last 15 years is the technology for the ME-3 strain of ''Lactobacillus fermentum bacterium'', allowing its use in the food industry. Student satellite ESTCube-1, developed collectively by UT staff and students, and successfully deployed into orbit in 2013, made Estonia the 41st space nation in the world. Scientists from UT and the Estonian University of Life Sciences have developed a new peat-based material that enables building inexpensive energy-efficient 3D-printed houses. The innovative robotic mannequin technology known as Rakuten Fits Me, a virtual dressing room, was originally developed in cooperation with researchers of UT Institute of Technology. UT encourages its students and scholars to develop an entrepreneurial mindset and apply their knowledge to the economy. The University has set a goal to integrate entrepreneurship courses into every curriculum.

The academic structure of the university consists of institutes and colleges of four faculties (''valdkond''). While mainly located in Tartu, the university also operates in Narva, Pärnu, Tallinn, and Viljandi. Narva and Pärnu Colleges are part of the Faculty of Social Sciences, University of Tartu Viljandi Culture Academy, Viljandi Culture Academy belongs to the Faculty of Arts and Humanities. The School of Law Tallinn office, University of Tartu Tallinn representation and the Estonian Marine Institute are located in the Estonian capital.

Nearly a quarter of the whole Estonian university student population studies at the University of Tartu. While most of the curricula are taught in Estonian, a number of degree programmes have English as a medium of instruction. About 35% of UT's study courses are offered partly or fully online – as web-based courses in Moodle, video lectures, webinars, e-portfolios, and massive open online courses. Some 56 bachelor's and 72 master's programmes are available, including 26 programmes in English.

The university offers 56 different curricula on the bachelor's level, including the open university curriculum. Three bachelor's degree programmes out of 56 are fully taught in English: * Business administration * Medicine * Science and technology

Around 120 doctoral degrees are defended annually, which make up more than half of the total number in Estonia. The language of instruction for most of the PhD programmes (35) is English. Four programmes at least partly have Estonian as a medium of instruction. These programmes are: Estonian and Finno-Ugric Linguistics, Law, History, and Pharmacy. In addition, over 45,000 learners typically enroll in lifelong learning courses each year.

The QS World University Rankings ranked the University of Tartu 301st in the world in 2018, and the top-ranked university in the Baltics. The university is also ranked 3rd in the Emerging Europe and Central Asia region. The Times Higher Education World University Rankings placed it in the 251–300 range among world universities. It is the only university in the Baltic countries to place among the top 200 universities in Europe. UT belongs to top 1% of world's most cited universities in 10 research areas. University of Tartu also won first place in Central and Eastern Europe by a number of venture capital money raised by the Unicorn (finance), unicorn startups founded by its alumni.