Rouen (, ; or ) is a city on the River Seine in northern France. It is the capital of the region of Normandy. Formerly one of the largest and most prosperous cities of medieval Europe, the population of the metropolitan area (french: aire urbaine) is 666,035 (2017). People from Rouen are known as ''Rouennais''. Rouen was the seat of the Exchequer of Normandy during the Middle Ages. It was one of the capitals of the Anglo-Norman dynasties, which ruled both England and large parts of modern France from the 11th to the 15th centuries. From the 13th century onwards, the city experienced a remarkable economic boom, thanks in particular to the development of textile factories and river trade. Claimed by both the French and the English during the Hundred Years' War, it was on its soil that Joan of Arc was tried and burned alive on 30 May 1431. Severely damaged by the wave of bombing in 1944, it nevertheless regained its economic dynamism in the post-war period thanks to its industrial sites and its large seaport, which today is the fifth largest in France. Endowed with a prestige inherited mainly from the medieval era and with a plural architectural heritage that its historical monuments highlight, Rouen is an important cultural capital. Several renowned establishments are located here, such as the Museum of Fine Arts - one of the most important in France - or the Le Secq des Tournelles museum. Famous are its half-timbered houses. Rouen's religious buildings are plentifull and justify its nickname "City of a hundred steeples". The famous cathedral of Rouen is one of the highest in the world and known in arts as the subject of a series of paintings by Claude Monet. Labeled City of Art and History in 2002, it is a candidate for the title of European Capital of Culture for 2028. Seat of an archdiocese, it also hosts a court of appeal and a university. Every four to six years, Rouen becomes the showcase for a large gathering of sailing ships called "L'Armada"; this event makes the city an occasional capital of the maritime world.

Rouen and its metropolitan area of 70 suburban communes form the Métropole Rouen Normandie, with 494,382 inhabitants at the 2010 census. In descending order of population, the largest of these suburbs are Sotteville-lès-Rouen, Saint-Étienne-du-Rouvray, Le Grand-Quevilly, Le Petit-Quevilly, and Mont-Saint-Aignan, each with a population exceeding 20,000.

Rouen was founded by the Gaulish tribe of the Veliocasses, who controlled a large area in the lower Seine valley. They called it ''Ratumacos''; the Romans called it ''Rotomagus''. It was considered the second city of Gallia Lugdunensis after Lugdunum (Lyon) itself. Under the reorganization of Diocletian, Rouen was the chief city of the divided province Gallia Lugdunensis II and reached the apogee of its Roman development, with an amphitheatre and ''thermae'' of which foundations remain. In the 5th century, it became the seat of a bishopric and later a capital of Merovingian Neustria. From their first incursion into the lower valley of the Seine in 841, the Normans overran Rouen. From 912, Rouen was the capital of the Duchy of Normandy and residence of the local dukes, until William the Conqueror moved his residence to Caen. In 1150, Rouen received its founding charter which permitted self-government. During the 12th century, Rouen was the site of a yeshiva known as La Maison Sublime. Discovered in 1976, it is now a museum. At that time, about 6,000 Jews lived in the town, comprising about 20% of the population. On 24 June 1204 King Philip II Augustus of France entered Rouen and definitively annexed Normandy to the French Kingdom. He demolished the Norman castle and replaced it with his own, the Château Bouvreuil, built on the site of the Gallo-Roman amphitheatre. A textile industry developed based on wool imported from England, for which the cities of Flanders and Brabant were constantly competitors, and finding its market in the Champagne fairs. Rouen also depended for its prosperity on the river traffic of the Seine, on which it enjoyed a monopoly that reached as far upstream as Paris. In the 13th-14th centuries urban strife threatened the city: in 1291, the mayor was assassinated and noble residences in the city were pillaged. Philip IV reimposed order and suppressed the city's charter and the lucrative monopoly on river traffic, but he was quite willing to allow the Rouennais to repurchase their old liberties in 1294. In 1306, he decided to expel the Jewish community of Rouen, then numbering some five or six thousand. In 1389, another urban revolt of the underclass occurred, the ''Harelle''. It was suppressed with the withdrawal of Rouen's charter and river-traffic privileges once more. During the Hundred Years' War, on 19 January 1419, Rouen surrendered to Henry V of England, who annexed Normandy once again to the Plantagenet domains but Rouen did not go quietly: Alain Blanchard hanged English prisoners from the walls, for which he was summarily executed while Canon and Vicar General of Rouen Robert de Livet became a hero for excommunicating the English king, resulting in de Livet's imprisonment for five years in England. Joan of Arc, who supported a return to French rule, was burned at the stake on 30 May 1431 in this city, where most inhabitants supported the duke of Burgundy, the French king's enemy. The king of France, Charles VII, recaptured the town in 1449. Rouen was staunchly Catholic during the French Wars of Religion, and underwent an unsuccessful five-month siege in 1591/2 by the Protestant King Henry IV of France and an English force commanded by the Earl of Essex. A brief account by an English participant has survived. See 'Memoirs of Robert Carey', (F.H.Mares (ed.), Oxford, 1972), pp. 18–21. During the German occupation in World War II, the Kriegsmarine had its headquarters located in a chateau on what is now the Rouen Business School. The city was heavily damaged during the same war on D-day, and its famed cathedral was almost destroyed by Allied bombs.

Rouen is known for its Rouen Cathedral, with its ''Tour de Beurre'' (''butter tower'') financed by the sale of indulgences for the consumption of butter during Lent. The cathedral's gothic façade (completed in the 16th century) was the subject of a series of paintings by Claude Monet, some of which are exhibited in the Musée d'Orsay in Paris. The ''Gros Horloge'' is an astronomical clock dating back to the 14th century. It is located in the ''Gros Horloge'' street. Other famous structures include Rouen Castle, whose keep is known as the ''tour Jeanne d'Arc'', where Joan of Arc was brought in 1431 to be threatened with torture (contrary to popular belief, she was not imprisoned there but in the since destroyed ''tour de lady Pucelle''); the ''Church of Saint Ouen'' (12th–15th century); the ''Palais de Justice'', which was once the seat of the ''Parlement'' (French court of law) of Normandy; the Gothic ''Church of St Maclou'' (15th century); and the Museum of Fine Arts and Ceramics which contains a splendid collection of faïence and porcelain for which Rouen was renowned during the 16th to 18th centuries. Rouen is also noted for its surviving half-timbered buildings. There are many museums in Rouen: the Musée des Beaux-Arts de Rouen, an art museum with pictures of well-known painters such as Claude Monet and Géricault; the Musée maritime fluvial et portuaire, a museum on the history of the port of Rouen and navigation; Musée des antiquités, an art and history museum with local works from the Bronze Age through the Renaissance, the Musée de la céramique and the Musée Le Secq des Tournelles. The Jardin des Plantes de Rouen is a notable botanical garden once owned by Scottish banker John Law dated from 1840 in its present form. It was the site of Élisa Garnerin's parachute jump from a balloon in 1817. In the centre of the Place du Vieux Marché (the site of Joan of Arc's pyre) is the modern church of St Joan of Arc. This is a large, modern structure which dominates the square. The form of the building represents an upturned viking boat and a fish shape. Rouen was also home to the French Grand Prix, hosting the race at the nearby Rouen-Les-Essarts track sporadically between 1952 and 1968. In 1999 Rouen authorities demolished the grandstands and other remnants of Rouen's racing past. Today, little remains beyond the public roads that formed the circuit. Rouen has its own palace of Rouen Opera House, whose formal name is Rouen Normandy Opera House – Theatre of Arts (in French: ''Opéra de Rouen Normandie – Théâtre des arts'').

Rouen has an oceanic climate (''Cfb'' in the Köppen climate classification).

Mainline trains operate from Gare de Rouen-Rive-Droite to Le Havre and Paris, and regional trains to Caen, Dieppe and other local destinations in Normandy. Daily direct trains operate to Amiens and Lille, and direct TGVs (high-speed trains) connect daily with Lyon and Marseille. City transportation in Rouen consists of a tram and a bus system. The tramway branches into two lines out of a tunnel under the city centre. Rouen is also served by TEOR (Transport Est-Ouest Rouennais) and by buses run in conjunction with the tramway by TCAR (Transports en commun de l'agglomération rouennaise), a subsidiary of Transdev. Rouen has its own airport. The Seine is a major axis for maritime cargo links in the Port of Rouen. The Cross-Channel ferry ports of Caen, Le Havre, Dieppe (50 minutes) and Calais, and the Channel Tunnel are within easy driving distance (two and a half hours or less). 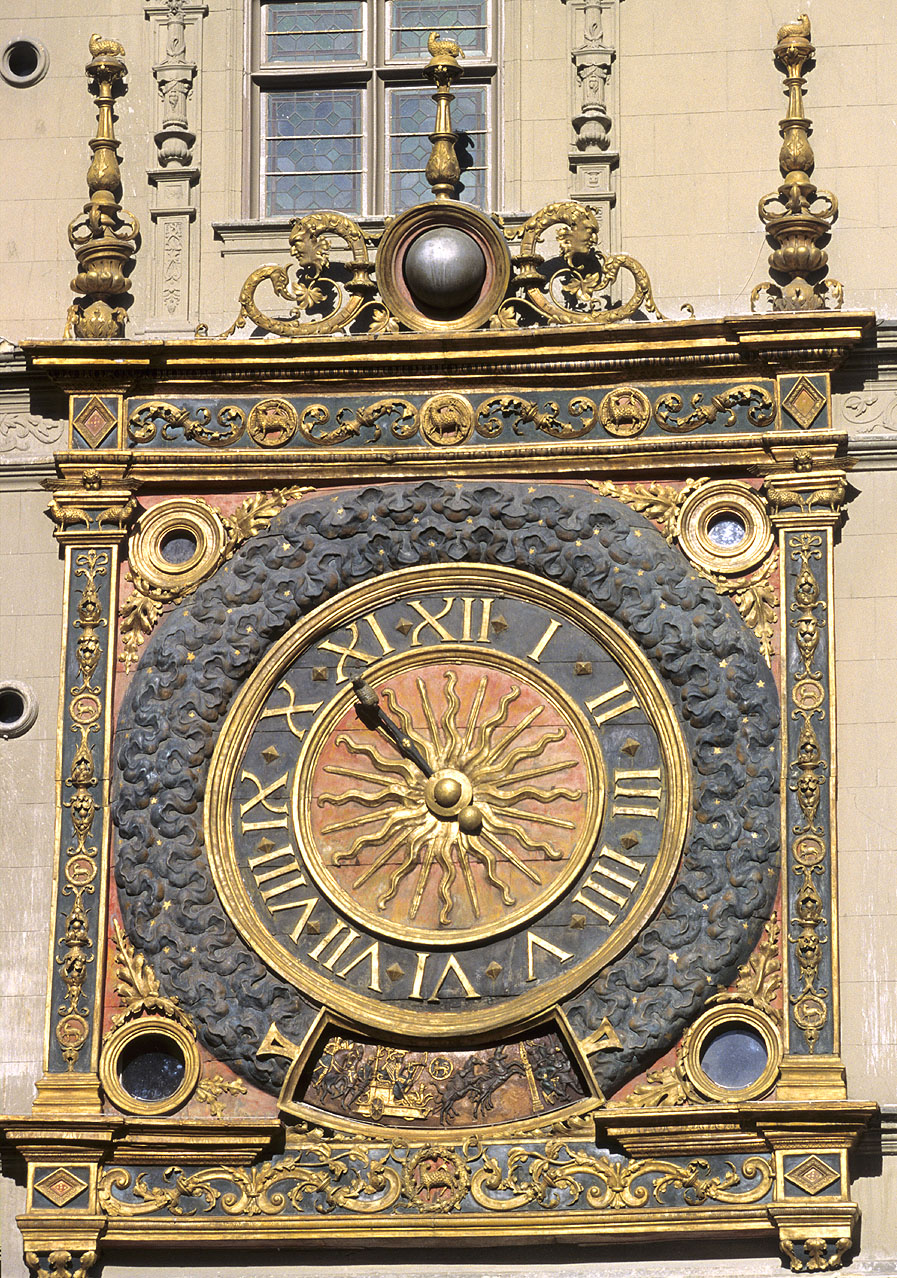 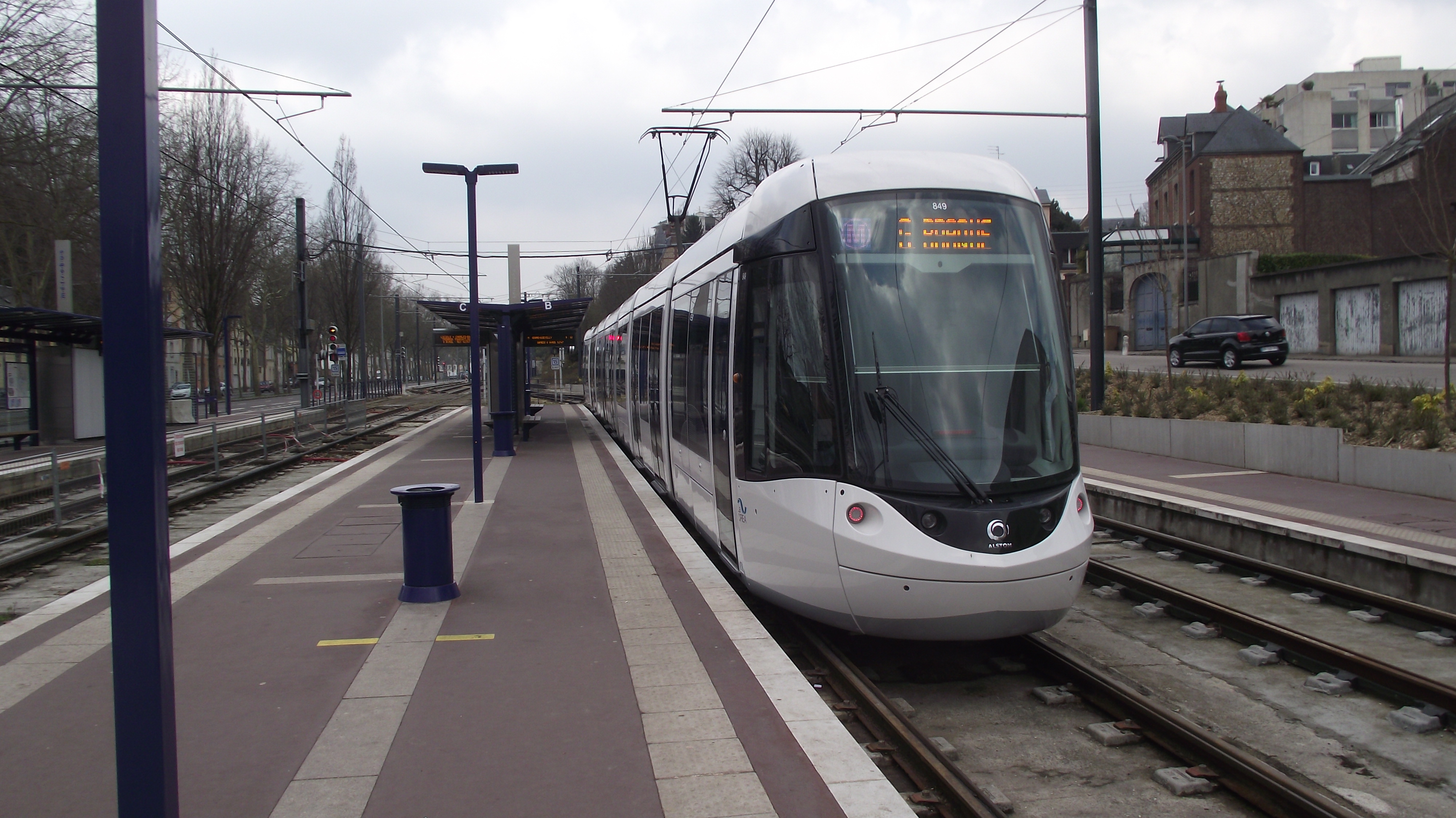 The main schools of higher education are the University of Rouen and NEOMA Business School (former École Supérieure de Commerce de Rouen), ésitpa (agronomy and agriculture), both located at nearby Mont-Saint-Aignan, and the INSA Rouen, ESIGELEC and the CESI, both at nearby Saint-Étienne-du-Rouvray.

The main opera company in Rouen is the Opéra de Rouen – Normandie. The company performs in the Théâtre des Arts, 7 rue du Docteur Rambert. The company presents opera, classical and other types of music, both vocal and instrumental, as well as dance performances. Every five years, the city hosts the large maritime exposition, L'Armada.

During the second half of the 20th century, several sculptures by Jean-Yves Lechevallier were erected in the city. 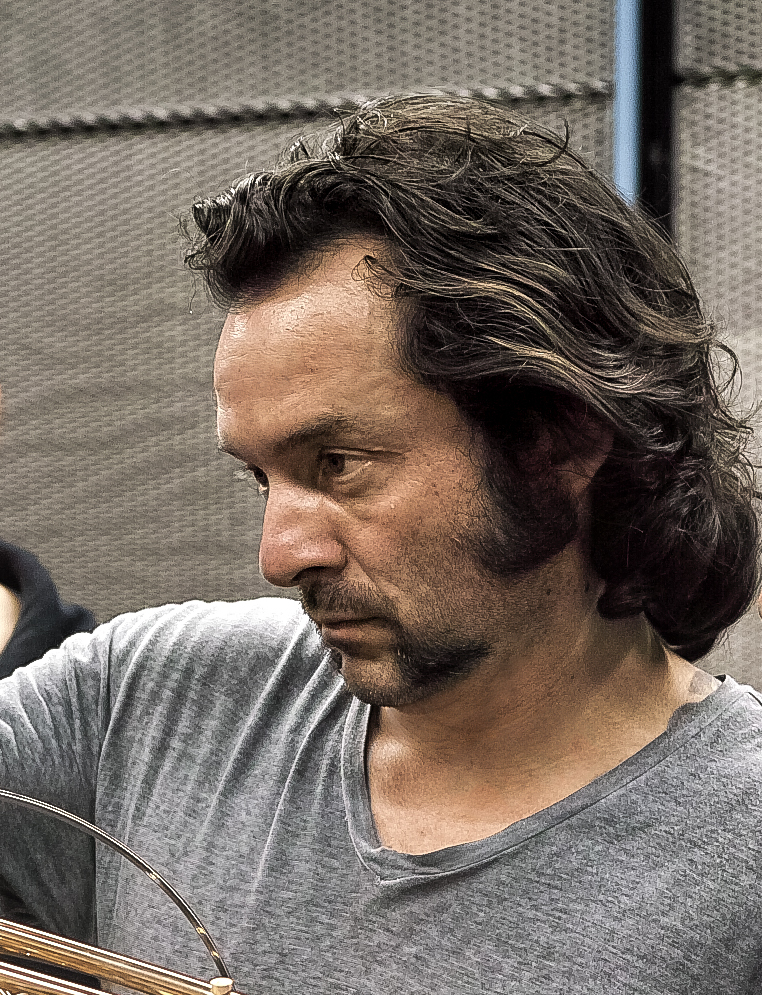 Inaugurated in 2010, the Rouen Impressionnée hosted the contemporary urban (re)development installation sculpture 'Camille' by Belgian artist Arne Quinze. Quinze's use of interlocking systems in sculpture employ wood, concrete, paint and metal. The Quasi-Quinze method of sculpture utilizes structural integrity and randomness as key elements for 'Camille'. Located on the Boieldieu Bridge in the center of Rouen, this intentional location was chosen by the artist