John Fletcher (1579–1625) was a Jacobean playwright. Following William Shakespeare as house playwright for the King's Men, he was among the most prolific and influential dramatists of his day; during his lifetime and in the early Restoration, his fame rivalled Shakespeare's. He collaborated on writing plays with Francis Beaumont, and also with Shakespeare on two plays. Though his reputation has declined since, Fletcher remains an important transitional figure between the Elizabethan popular tradition and the popular drama of the Restoration.

Fletcher was born in December 1579 (baptised 20 December) in Rye, Sussex, and died of the plague in August 1625 (buried 29 August in St. Saviour's, Southwark). His father Richard Fletcher was an ambitious and successful cleric who was in turn Dean of Peterborough, Bishop of Bristol, Bishop of Worcester and Bishop of London (shortly before his death), as well as chaplain to Queen Elizabeth. As Dean of Peterborough, Richard Fletcher, at the execution of Mary, Queen of Scots, at Fotheringay Castle, "knelt down on the scaffold steps and started to pray out loud and at length, in a prolonged and rhetorical style as though determined to force his way into the pages of history". He cried out at her death, "So perish all the Queen's enemies!" Richard Fletcher died shortly after falling out of favour with the Queen, over a marriage she had advised against. He appears to have been partly rehabilitated before his death in 1596 but he died substantially in debt. The upbringing of John Fletcher and his seven siblings was entrusted to his paternal uncle Giles Fletcher, a poet and minor official. His uncle's connexions ceased to be a benefit and may even have become a liability after the rebellion of Robert Devereux, the Earl of Essex, who had been his patron. Fletcher appears to have entered Corpus Christi College, Cambridge, in 1591, at the age of eleven. It is not certain that he took a degree but evidence suggests that he was preparing for a career in the church. Little is known about his time at college but he evidently followed the path previously trodden by the University wits before him, from Cambridge to the burgeoning commercial theatre of London.

In 1606, he began to appear as a playwright for the Children of the Queen's Revels, then performing at the Blackfriars Theatre. Commendatory verses by Richard Brome in the Beaumont and Fletcher 1647 folio place Fletcher in the company of Ben Jonson; a comment of Jonson's to Drummond corroborates this claim, although it is not known when this friendship began. At the beginning of his career, his most important association was with Francis Beaumont. The two wrote together for close on a decade, first for the children and then for the King's Men. According to an anecdote transmitted or invented by John Aubrey, they also lived together (in Bankside), sharing clothes and having "one wench in the house between them". This domestic arrangement, if it existed, was ended by Beaumont's marriage in 1613 and their dramatic partnership ended after Beaumont fell ill, probably of a stroke, the same year.

By this time, Fletcher had moved into a closer association with the King's Men. He collaborated with Shakespeare on ''Henry VIII'', ''The Two Noble Kinsmen'' and the lost ''Cardenio'', which is probably (according to some modern scholars) the basis for Lewis Theobald's play ''Double Falsehood''. A play he wrote singly around this time, ''The Woman's Prize or the Tamer Tamed'', is a sequel to ''The Taming of the Shrew''. In 1616, after Shakespeare's death, Fletcher appears to have entered into an exclusive arrangement with the King's Men similar to Shakespeare's. Fletcher wrote only for that company between the death of Shakespeare and his death nine years later. He never lost his habit of collaboration, working with Nathan Field and later with Philip Massinger, who succeeded him as house playwright for the King's Men. His popularity continued throughout his life; during the winter of 1621, three of his plays were performed at court. He died in 1625, apparently of the plague. He seems to have been buried in what is now Southwark Cathedral, although the precise location is not known; there is a reference by Aston Cockayne to a common grave for Fletcher and Massinger (also buried in Southwark). What is more certain is that two simple adjacent stones in the floor of the Choir of Southwark Cathedral, one marked 'Edmond Shakespeare 1607' the other 'John Fletcher 1625' refer to Shakespeare's younger brother and the playwright. His mastery is most notable in two dramatic types, tragicomedy and comedy of manners. 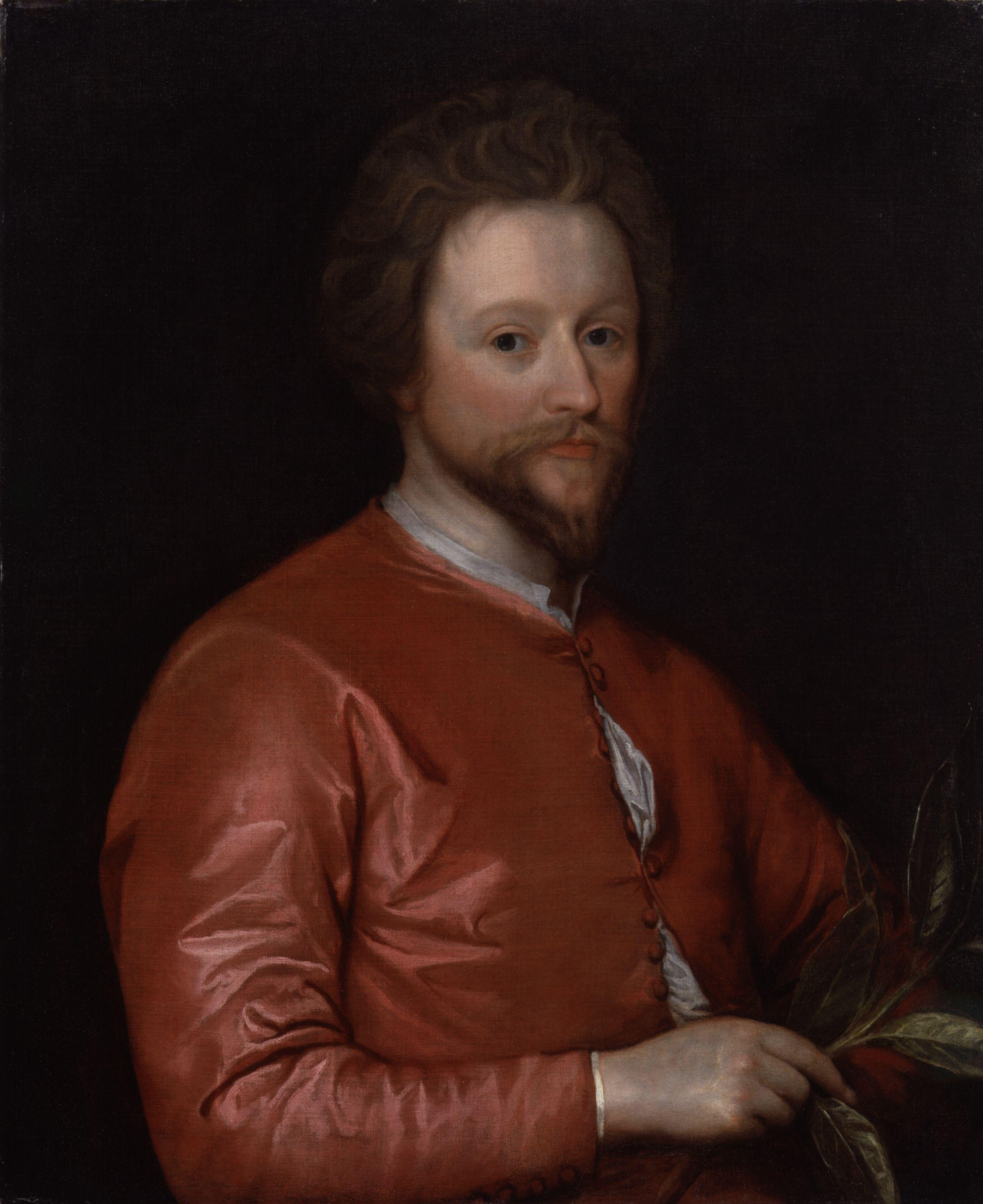 Fletcher's early career was marked by one significant failure, of ''The Faithful Shepherdess'', his adaptation of Giovanni Battista Guarini's ''Il Pastor Fido'', which was performed by the Blackfriars Children in 1608. In the preface to the printed edition of his play, Fletcher explained the failure as due to his audience's faulty expectations. They expected a pastoral tragicomedy to feature dances, comedy and murder, with the shepherds presented in conventional stereotypes—as Fletcher put it, wearing "gray cloaks, with curtailed dogs in strings". Fletcher's preface in defence of his play is best known for its pithy definition of tragicomedy: "A tragicomedy is not so called in respect of mirth and killing, but in respect it wants .e., lacksdeaths, which is enough to make it no tragedy; yet brings some near it, which is enough to make it no comedy". A comedy, he went on to say, must be "a representation of familiar people" and the preface is critical of drama that features characters whose action violates nature. Fletcher appears to have been developing a new style faster than audiences could comprehend. By 1609, however, he had found his voice. With Beaumont, he wrote ''Philaster'', which became a hit for the King's Men and began a profitable connexion between Fletcher and that company. ''Philaster'' appears also to have initiated a vogue for tragicomedy; Fletcher's influence has been credited with inspiring some features of Shakespeare's late romances (Kirsch, 288–90) and his influence on the tragicomic work of other playwrights is even more marked. By the middle of the 1610s, Fletcher's plays had achieved a popularity that rivalled Shakespeare's and cemented the pre-eminence of the King's Men in Jacobean London. After Beaumont's retirement and early death in 1616, Fletcher continued working, singly and in collaboration, until his death in 1625. By that time, he had produced or had been credited with, close to fifty plays. This body of work remained a big part of the King's Men's repertory until the closing of the theatres in 1642. During the Commonwealth, many of the playwright's best-known scenes were kept alive as drolls, the brief performances devised to satisfy the taste for plays while the theatres were suppressed. At the re-opening of the theatres in 1660, the plays in the Fletcher canon, in original form or revised, were by far the most common fare on the English stage. The most frequently revived plays suggest the developing taste for comedies of manners. Among the tragedies, ''The Maid's Tragedy'' and especially, ''Rollo Duke of Normandy'' held the stage. Four tragicomedies (''A King and No King'', ''The Humorous Lieutenant'', ''Philaster'' and ''The Island Princess'') were popular, perhaps in part for their similarity to and foreshadowing of heroic drama. Four comedies (''Rule a Wife And Have a Wife'', ''The Chances'', ''Beggars' Bush'' and especially ''The Scornful Lady'') were also popular. Fletcher's plays, relative to those of Shakespeare and to new productions, declined. By around 1710, Shakespeare's plays were more frequently performed and the rest of the century saw a steady erosion in performance of Fletcher's plays. By 1784, Thomas Davies asserted that only ''Rule a Wife'' and ''The Chances'' were still on stage. A generation later, Alexander Dyce mentioned only ''The Chances''. Since then Fletcher has increasingly become a subject only for occasional revivals and for specialists. Fletcher and his collaborators have been the subject of important bibliographic and critical studies but the plays have been revived only infrequently.

Because Fletcher collaborated regularly and widely, attempts to separate Fletcher's work from this collaborative fabric have experienced difficulties in attribution. Fletcher collaborated most often with Beaumont and Massinger but also with Nathan Field, Shakespeare and others. Some of his early collaborations with Beaumont were later revised by Massinger, adding another layer of complexity to the collaborative texture of the works. According to scholars such as Hoy, Fletcher used distinctive mannerisms that Hoy argued identify his presence. According to Hoy's figures, he frequently uses ''ye'' instead of ''you'' at rates sometimes approaching 50 per cent. He employs em'' for ''them'', along with a set of other preferences in contractions. He adds a sixth stressed syllable to a standard pentameter verse line—most often ''sir'' but also ''too'' or ''still'' or ''next''. Various other habits and preferences may reveal his hand. The detection of this pattern, a Fletcherian textual profile, has persuaded some researchers that they have penetrated the Fletcher canon with what they consider success—and has in turn encouraged the use of similar techniques in the study of literature. ee:_[[stylometry..html" style="text-decoration: none;"class="mw-redirect" title="stylometry.html" style="text-decoration: none;"class="mw-redirect" title="ee: [[stylometry">ee: [[stylometry.">stylometry.html" style="text-decoration: none;"class="mw-redirect" title="ee: [[stylometry">ee: [[stylometry. Scholars such as Jeffrey Masten and Gordon McMullan, have pointed out limitations of logic and method in Hoy's and others' attempts to distinguish playwrights on the basis of style and linguistic preferences. Bibliography has attempted to establish the writers of each play. Attempts to determine the exact "shares" of each writer (for instance by [[Cyrus Hoy) in particular plays continues, based on patterns of textual and linguistic preferences, style and idiosyncrasies of spelling. The list that follows gives a tentative verdict on the writing of the plays in Fletcher's canon, with likeliest composition dates, dates of first publication and dates of licensing by the Master of the Revels, where available.