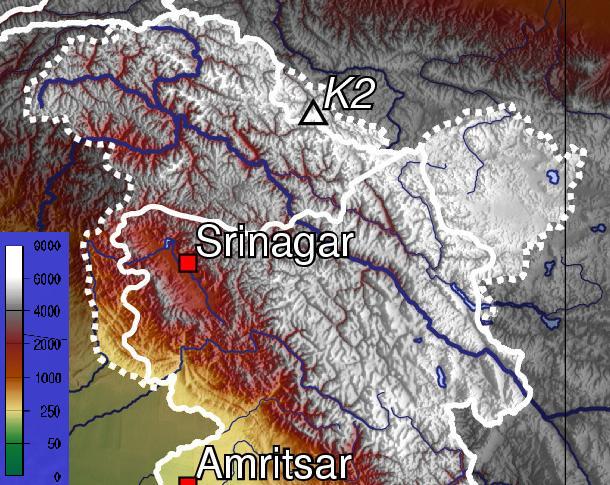 Jammu and Kashmir is home to several valleys such as the Kashmir Valley, Tawi Valley, Chenab Valley, Poonch Valley, Sind Valley and Lidder Valley. The Kashmir valley is wide and in area. The Himalayas divide the Kashmir valley from the Tibetan plateau while the Pir Panjal range, which encloses the valley from the west and the south, separates it from the Great Plains of northern India. Along the northeastern flank of the Valley runs the main range of the Himalayas. This valley has an average height of above sea-level, but the surrounding Pir Panjal range has an average elevation of . The Jhelum River is the major Himalayan river which flows through the Kashmir valley. The Tawi, Ravi and Chenab are the other important rivers flowing through the region. 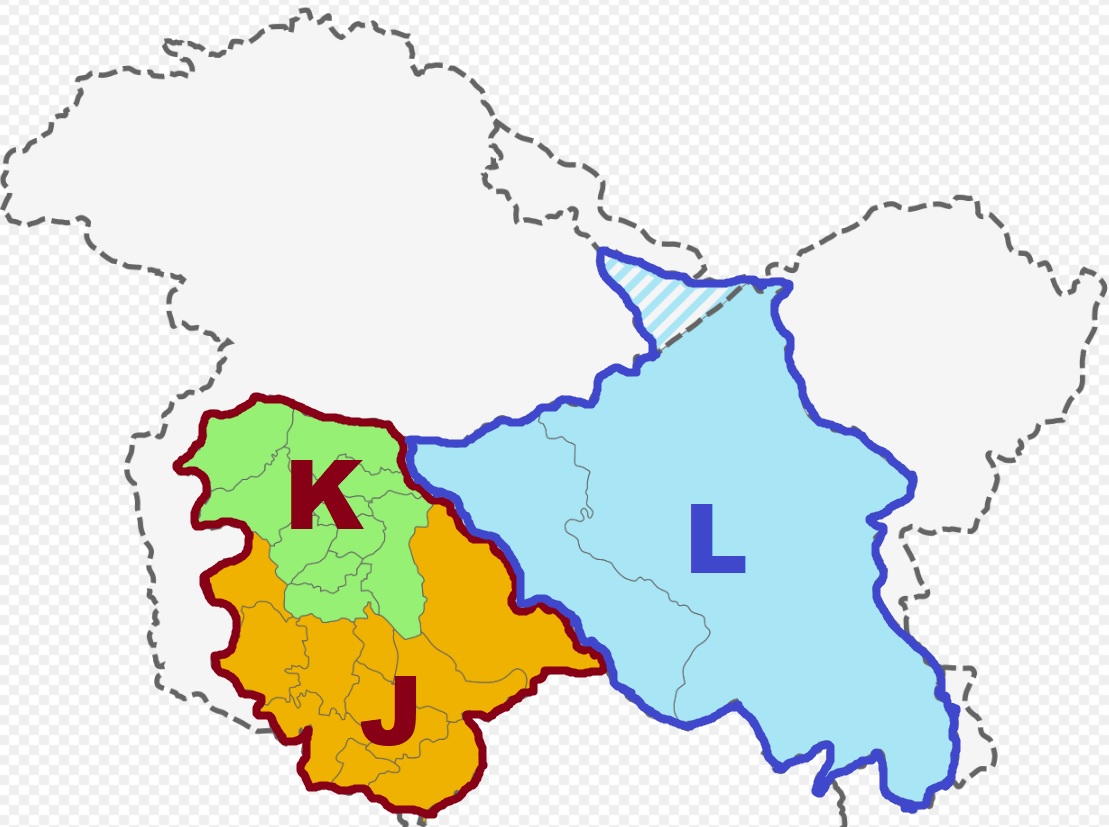 The union territory of Jammu and Kashmir consists of two divisions: Jammu Division and Kashmir Division, and is further divided into 20 districts.

Muslims constitutes the majority of the population of Jammu and Kashmir with a significant Hindu minority. The Kashmir Division is largely Muslim (96.41%) with a small Hindu (2.45%) and Sikh (0.81%) population. The Jammu Division is predominantly Hindu (66%) with a significant Muslim population (30%). The Muslims form a majority in the Rajouri, Poonch, Doda, Kishtwar and Ramban districts of Jammu, while the Hindus form a majority in Kathua, Samba, Jammu and Udhampur districts. Reasi district has an almost equal number of Hindus and Muslims.

The legislative branch is of government is a unicameral legislative assembly, whose tenure is five years. The legislative assembly may make laws for any of the matters in the State List of the Constitution of India except "public order" and "police", which will remain the preserve of the central Government of India. The Lieutenant Governor also has the power to promulgate ordinances which have the same force as the acts of the legislative assembly. Elections for the Jammu and Kashmir Legislative Assembly are to be held following the implementation of new constituency boundaries which is expected to be completed in 2021.

Jammu and Kashmir in the Parliament of India

Jammu and Kashmir sends five members (MPs) to the lower house of the Indian parliament (the Lok Sabha) and four members to the upper house (the Rajya Sabha). ;Lok Sabha constituencies in Jammu and Kashmir:

Jammu and Kashmir is home to several valleys such as the Kashmir Valley, Chenab Valley, Sindh Valley and Lidder Valley. Some major tourist attractions in Jammu and Kashmir are Srinagar, the Mughal Gardens, Gulmarg, Pahalgam, Patnitop and Jammu. Every year, thousands of Hindu pilgrims visit holy shrines of Vaishno Devi and Amarnath which has had significant impact on the state's economy. The Kashmir valley is one of the top tourist destinations of India. Gulmarg, one of the most popular ski resort destinations in India, is also home to the world's highest green golf course. The decrease in violence in the state has boosted the state's economy, specifically tourism. Jammu and Kashmir is also famous for its scenic beauty, flower gardens, apple farms and more. It attracts tourists for its unique handicrafts and the world-famous Kashmiri Shawls.

*
Government of Jammu and Kashmir