Cube Entertainment was founded on August 29, 2006, by Hong Seung-sung (aka Simon Hong), former president of JYP Entertainment, and Shin Jung-hwa (Monica Shin) as Playcube Inc. Due to the founder's past relations, Cube is sometimes mistaken as a subsidiary of JYP Entertainment, however, it is an independent corporation. In 2009, Cube's first two groups debuted, with girl group 4Minute debuting in June and boy group Highlight (band), Beast in October. In 2010, G.NA became the first solo artist in Cube to debut.

In 2011, independent label A Cube Entertainment was founded, managing girl group Apink, who debuted in April of the same year. In 2012, sub-label Cube DC was launched, managing boy group BtoB (band), BtoB, who debuted in March. Comedian Kim Kiri, a regular cast member on Gag Concert, signed onto Cube in September 2012, making him the first comedian under the label. During late 2012, Park Chung-min became the CEO of Cube, after founder Hong Seung-sung stepped down due to his sickness. In 2013, Korean entertainer Rain (entertainer), Rain signed a contract with Cube Entertainment. He officially joined after he concluded his military service on July 10, 2013. Three months later Cube released a digital single for its new soloist artist, Shin Ji-hoon who placed in the top 6 in Korean singing competition K-pop Star 2. Another new soloist, Oh Ye-ri released her debut digital single, "Because of You" on November 6, 2013. She was the winner of Munhwa Broadcasting Corporation, MBC's ''MBC College Song Festival'' in 2009. In August 2014, sub-label Cube DC merged with Cube. 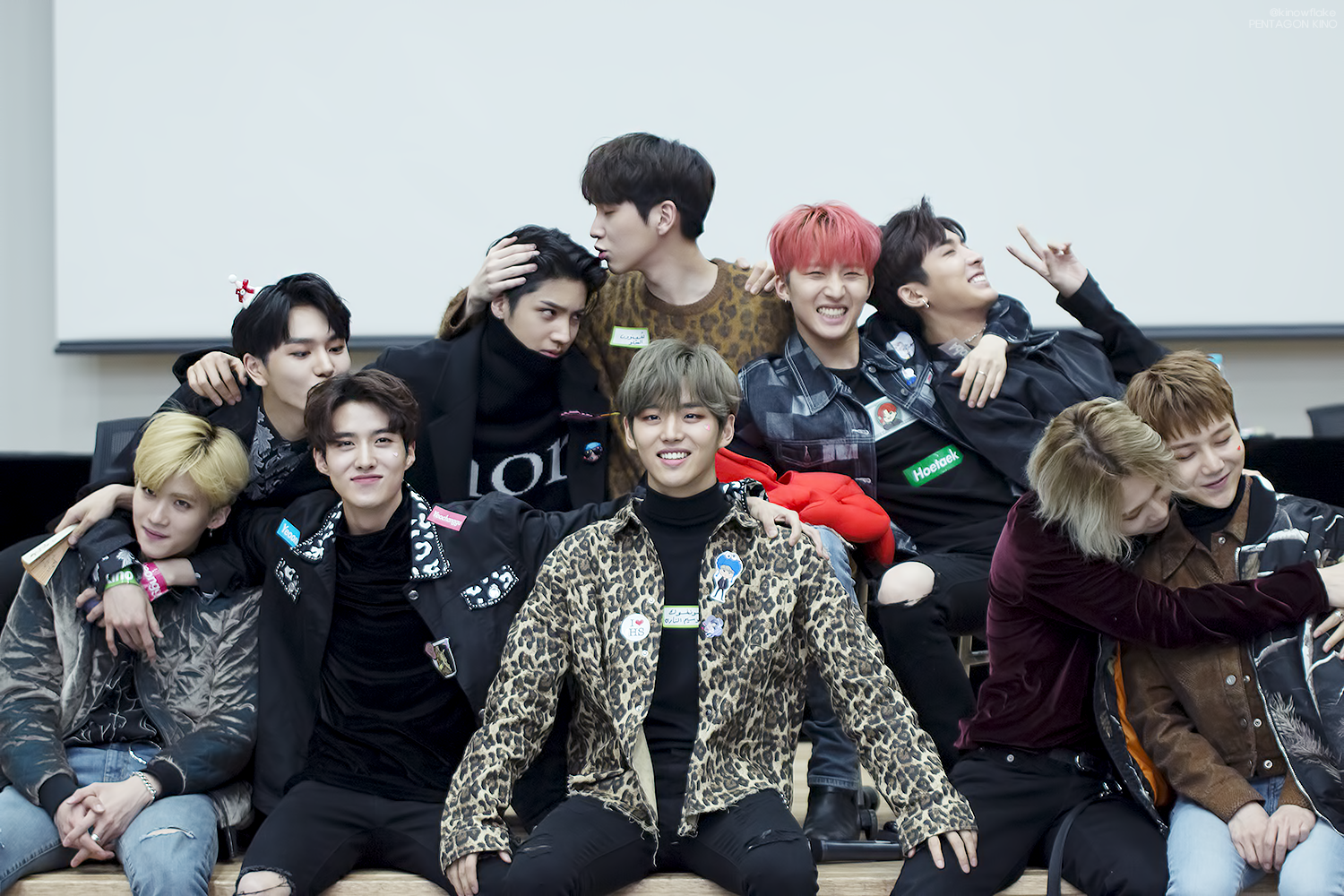 Cube's second girl group CLC (group), CLC debuted in March 2015. At the end of 2015, A Cube Entertainment, which manages Huh Gak and Apink, was acquired by its distributor, Kakao M, LOEN Entertainment. LOEN bought 70% shares in A Cube, therefore making it the sole owner of the agency. A Cube became a separate and distinct label under LOEN Entertainment with the new name Plan A Entertainment. In February 2016, Cube headquarter located at Cheongdam-dong moved to Seongdong District, Seongdong-gu near Seongdong station. In March 2016, Cube acquired Starline Entertainment as subsidiary. In June 2016, Cube's first girl group 4Minute disbanded. In July 2016, Cube Cafe was reopened in the new building called Cafe 20 Space: The Mint Universe. At the end of 2016, Shin Dae-nam was elected to be the new CEO of Cube Entertainment, replacing former CEO Park Chung-min. He was a former editor of the journal Ilgan Sports and president of Yedang Media. New boy group Pentagon (South Korean band), Pentagon debuted in October 2016. This was followed by Cube's third boy group after Beast leaving Cube in December 2016. At the beginning of 2017, Universal Music sold their 8% stake in Cube. Following this, Cube Entertainment signed a distribution deal with Kakao M (formerly LOEN) for future music & content circulation. In March, Cube Entertainment reportedly facing a massive deficit after serious operating losses in 2016, the departure of flagship group BEAST, who reportedly made up 45 percent of their total sales and Terminal High Altitude Area Defense, THAAD. In mid-2017, Cube's two male trainees Yoo Seon-ho and Lai Kuan-lin participated in Mnet's Produce 101 Season 2. The latter was chosen to be part of the final lineup for project boygroup Wanna One after finishing in 7th place, while Yoo Seon-ho finished in 17th place. Lai Kuan-lin debuted in Wanna One in August 2017, and promoted with the group until December 2018. Meanwhile, Jeon So-yeon, who participated in the first season of Produce 101 and Unpretty Rapstar debuted as a soloist in November 2017 with her song "Jelly". Jo Kwon of ballad group 2AM (band), 2AM signed as a solo artist under the label in the same month, after staying for 16 years in JYP Entertainment. On November 14, Cube Entertainment released their third quarter earnings, with revenue growth of 15 percent from the second quarter 22 percent, largely due to the success of BtoB, HyunA and the growth of Pentagon and Yoo Seon-ho, video contents and other additional businesses. The same month, D’Live Co., the third-largest cable TV service provider that is seeking to sell its stakes in entertainment units iHQ (company), iHQ Inc and Cube Entertainment Inc. Currently, D’Live owns a 45 percent stake in iHQ and a 30 percent in Cube Entertainment. 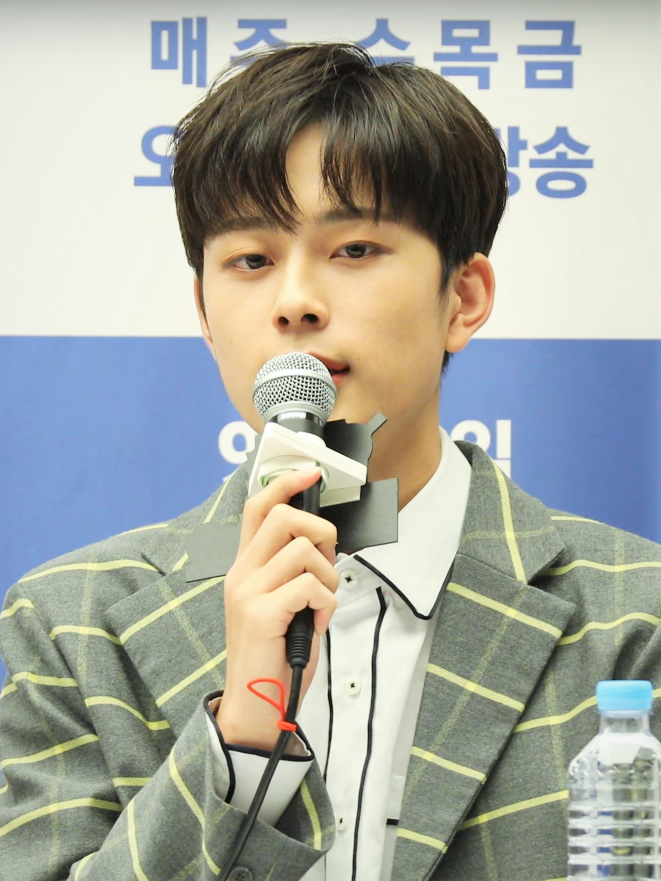 Music Cube（Hangul:뮤직큐브）was founded in Korea on August 18, 2005. It is an independently operated music copyright company that mainly engaged in the publishing, production, visual design and copyright management of music products. The headquarters is located in Nonhyeon-dong, Seoul. Music Cube Japan is a Japanese subsidiary of Music Cube. It was founded in Japan on January 21, 2009. It is mainly engaged in the production, development, promotion and copyright management of music products. It is headquartered in Minato, Tokyo.

Cube Japan（ ja, キューブジャパン）is an overseas subsidiary of Music Cube. It was founded in Japan in 2012 and is mainly responsible for the overseas promotion and distribution of parent company and related products. The headquarters is located in Minato-ku, Tokyo, and later operated by CUBE Entertainment JAPAN to operate Japanese activities. Cube Entertainment Japan (CUBE ENTERTAINMENT JAPAN Co., Ltd.) is a local Japanese company owned by Cube Entertainment. It was founded in Japan on October 27, 2015. It is 100% owned by Cube Entertainment and has a capital of 96 million yen. It is responsible for direct planning and managing activities of the parent company artist in Japan. The headquarters is now located in Aoyama, Minato, Tokyo.

On November 23, 2018, Cube Music and Universal Music Japan established U-Cube for overseas promotion and distribution of artists and related products.

Cube Entertainment artists teamed up with US major league team, Los Angeles Dodgers's Korean player Ryu Hyun-jin by donating all the profit from two collaboration songs to Hanbit School for the Blind. In September 2015, the artists from the agency performed at the "Cube Festival" concert. The concert was hosted by Dragon Television, Shanghai TV, Channel M, and BesTV. At a preceding press conference, a Cube representative said, “A while ago there was a heartbreaking accident in China. BEAST, 4minute, G.Na, BTOB, and CLC donated a portion of their earnings from their recent concert in Shanghai to the victims of the 2015 Tianjin explosions.” Representing the concert organizer, Yeom Gyu Suk from Butterfly Media went on to explain, “While in the midst of preparing for the concert, the event sponsor and Cube Entertainment heard the news of the accident and decided to do the show for the victims, and after gathering the artists agreed.” In 2018, Cube Entertainment President Hong Seung-sung joined the Community Chest of Korea, Honor Society and gave a donation of more than ₩100 million for patients with rare incurable diseases. Hong Seung-sung, who has been suffering from Amyotrophic lateral sclerosis, Lou Gehrig's disease for the past 7 years, said, "As a person suffering from the same pain, I want to be a little push for children with rare diseases that need help." Over the years, it is common for United Cube to participate in the Ice Bucket Challenge, as a way to raise awareness for the disease. In April 2019, according to the Disaster Relief Association, Cube Entertainment donated a total of ₩50 Million to the Korean Committee to help those that were affected by the Sokcho Fire. On December 30, Cube delivered ₩10 million through Foundation for International Development Cooperation NGO for a child care facility in Seoul and a promised for monthly donation and volunteer activity. On March 6, 2020, Cube and their artists donated 50 million won through Hope Bridge National Disaster Relief Association to prevent the spreading of the COVID-19 pandemic in South Korea. The contribution will be used to support daily necessities, hygiene products and health goods for medical staff and families. In June, Cube Entertainment's parent company, VT GMP donated 10 million won worth of antibacterial paper bags for COVID-19 self-container sanitary kit.

Cube Entertainment advocates their idols to become artist-type idols through writing, composing, and recording songs. They provide MIDI classes for their trainees and artists.

All artists under Cube Entertainment are collectively known as United Cube.

According to many Korean sources, Cube violated the agreement between them and Lai Kuan-lin. Cube forced him to participate concert "U & CUBE" so that his schedule would be conflicted. Cube have also impersonated the stamp and unauthorized claim as have contract in China. They also impersonated the signature of Lai Kuan-lin's father. After that, Lai Kuan-lin took legal action, and after many attempt, he won the lawsuit against Cube; therefore, he has been no longer a part of Cube.