Xiamen (; , ), alternately known as Amoy (, from Hokkien pronunciation ), is a sub-provincial city in southeastern Fujian, People's Republic of China, beside the Taiwan Strait. It is divided into six districts: Huli, Siming, Jimei, Tong'an, Haicang, and Xiang'an. All together, these cover an area of with a population of 3,531,347 as of 2010 and estimated at 4,290,000 as of 31 December 2019. The urbanized area of the city has spread from its original island to include most parts of all six of its districts, and with 4 Zhangzhou districts (Xiangcheng, Longwen, Longhai and Changtai), form a built-up area of 6,279,700 inhabitants. This area is also about to connect with Quanzhou in the north, making up a future metropolis of nearly eight million people. The Kinmen Islands (Quemoy) administered by the Republic of China lie less than away. Xiamen Island possessed a natural harbor in Yundang Bay, but Fujian's international trade was long restricted to Quanzhou or to Guangzhou in Guangdong. Under the Qing, both before and after the First Opium War, there was a large-scale emigration of Chinese from southern Fujian who spread Hokkien-speaking communities to Singapore, Malaysia, Indonesia and the Philippines. The overseas Chinese continue to support Xiamen's educational and cultural institutions. As part of the Opening Up Policy under Deng Xiaoping, Xiamen became one of China's original four special economic zones opened to foreign investment and trade in the early 1980s. Its former harbor was enclosed using land excavated during the city's expansion, however, the city remains an island connected by bridges to the rest of mainland China. The city is well known for its mild climate, Hokkien culture and Gulangyu Island, as well as its relatively low pollution. In 2006, Xiamen was ranked as China's second-"most suitable city for living", as well as China's "most romantic leisure city" in 2011. Xiamen is also one of the top 100 cities in the world by scientific research as tracked by the Nature Index according to the Nature Index 2020 Science Cities. The city is home to several major universities, notably Xiamen University, one of China's most prestigious universities as a member of the Project 985. 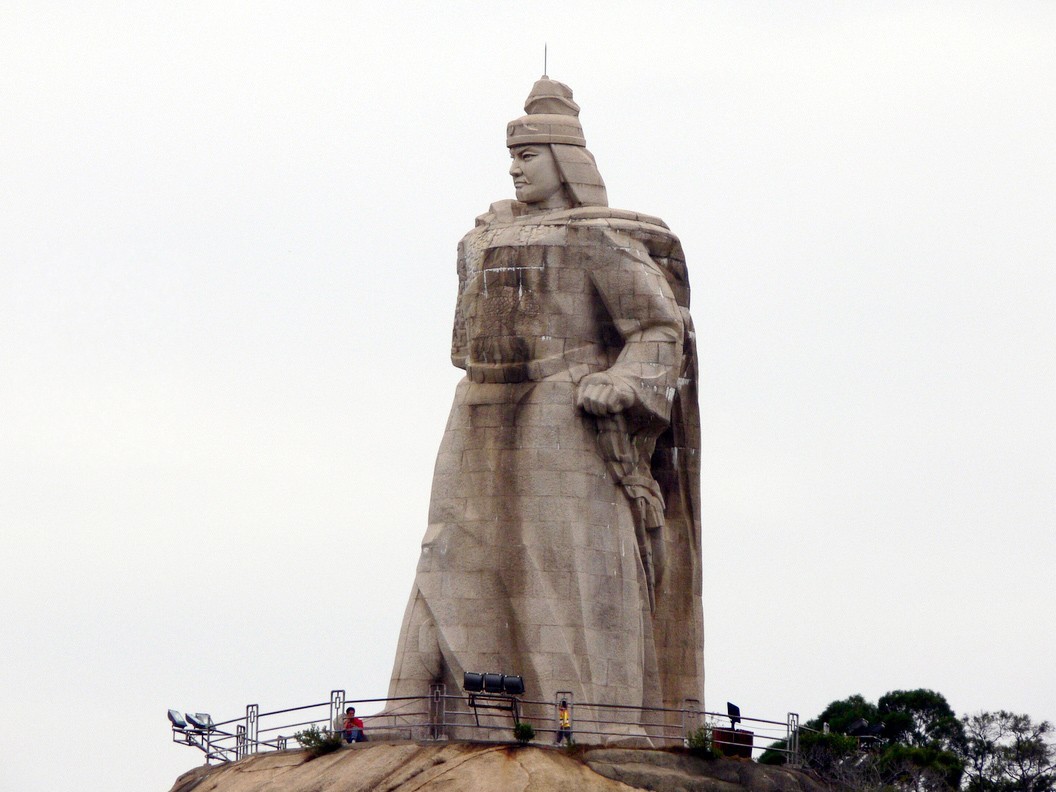 The area around Xiamen Bay appears as Tong'an in some Han records. Xiamen Island was described as Jiahe Islet during the Song Dynasty (960–1279). It received its present name from the Xiamen Castle erected on the island by Zhou Dexing in 1387 during the Ming to meet the needs of coastal defense. The name was formerly written using the Chinese characters meaning "Lower Gate" and then changed into "", meaning "Mansion Gate" or "Gate of China". By the end of Ming Dynasty, Zheng Chenggong, or Koxinga, a Ming loyalist, occupied Xiamen as an anti-Qing base. In 1650, the seventh year of Emperor Shunzhi of the Qing Dynasty, Zheng set a military base in Xiamen and changed its name into "", or "Siming", meaning "Remembering the Ming". When its port prospered under the Qing, especially during the reign of Emperor Kangxi, the name was changed to "", or "Xiamen", again. The name of Siming was in return restored after the Xinhai Revolution that inaugurated the republic in 1912. The name of Xiamen was restored in 1933, along with Xiamen being administratively planned as a city, the first of its kind in Fujian province. Siming continues to be used as the name of one of its districts. Xiamen is the atonal pinyin romanization of the characters' pronunciation in Mandarin. It has also been romanized as Hiamen. The older English name "Amoy" was based on the same name's pronunciation in the Zhangzhou dialect of Hokkien, ''Ē-mûi''.

Xiamen is a sub-provincial city in southeastern Fujian whose urban core grew up from the port of Xiamen on southern Xiamen Island, now located within Siming District. It now also includes Gulangyu Island and the rugged coast of the mainland from the northeast bank of the Jiulong River in the west to the islands of Xiang'an in the east. Xiamen Island lies about one degree north of the Tropic of Cancer. It is divided between Huli District in the north and Siming District in the south. Siming also includes Gulangyu. Its mainland territory is divided among Haicang, Jimei, Tong'an, and Xiang'an districts. In the 19th century, Xiamen's harbor on Yundang Bay was considered one of the world's great natural harbors. Land reclamation has since been used to fill in the mouth of this inlet, turning it into Siming District's Yundang Lake. The municipal government is located on other reclaimed land beside it. The nearest point of Liehyu in the Kinmen Islands, Republic of China (Taiwan), lies only off Xiamen Island. Xiamen Island is the fourth largest island in Fujian province. It became a peninsula after the completion of the seawall in 1955. Xiamen waters include Xiamen Port, Outer Harbor Area, Maluan Bay, Tongan Bay, Jiulong River's estuary area and the waterway on the east side. Outside the Xiamen Port, Big Kinmen, Little Kinmen, Dadan, Erdan and other island are arranged in a horizontal line. Inside, it has Xiamen Island, Gulangyu Island and other island barriers, making it a good natural port protected from storms.

Xiamen has a monsoonal humid subtropical climate (Köppen ''Cwa''), characterised by long, hot and humid summers (but moderate compared to much of the rest of the province) and short, mild and dry winters. The warmest month is July, with a 24-hour average of , and the coolest month is January, averaging ; the annual mean is . Extremes since 1951 have ranged from on 29 December 1991 to on 20 July 2007. Spring, both by humidity and percentage of sunshine, is the dampest season but typhoons in late summer and early autumn can make the latter period wetter overall. Summer and autumn are marked by comparatively sunny conditions, while autumn is warm and dry. The annual rainfall is . With monthly percent possible sunshine ranging from 24% in March to 56% in July, the city receives 1,853 hours of bright sunshine annually. Frost occurs very rarely, and the last snowfall in the city took place in January 1893, when snow also fell at Guangzhou, Macau, in the inland parts of Hong Kong and in the hills of Taipei. The area is known within China for its relatively low pollution.

(Gulangyu) in 1844]] (Gulangyu) in 1874.]] gun at the Hulishan Battery, installed to protect Xiamen during the late Qing era.]] (Gulangyu) in a 1945 American map.]] ''(foreground)'' and Xiamen Island|Xiamen ''(background)''.]] The area of Xiamen was largely bypassed by the Qin Empire|Qin and Han conquests and colonization of Guangdong, which passed west of Fujian down the Lingqu Canal between the Xiang and Li rivers. It was first organized as Tong'an County in AD282 under the Jin, but it lost this status soon afterwards. Tong'an County was again established in 933 under the Later Tang. The settlement on the southeastern shore of Xiamen Island (now part of Siming District) developed as a seaport under the Song, although legal foreign trade was restricted to nearby Quanzhou, which administered the area. In 1387, attacks by the "Japanese" or "dwarf" pirates—many of them actually disaffected Chinese—prompted the Ming to protect the harbor with the fortress that gave Xiamen its name. The Portuguese first reached Xiamen in 1541. After the fall of the Ming to the Qing in 1644, Southern Ming loyalists including Koxinga used Xiamen as a base from which to launch attacks against the invading Qing-aligned Han Bannermen from 1650 to 1660. In 1661, Koxinga drove the Dutch from Taiwan and moved his operations there. His base on Xiamen fell to a combined Qing and Dutch invasion in 1663. The East India Company traded extensively with the port, constructing a factory there in 1678.