Click Here for Items Related To - Sweet and sour


Sweet and sour is a generic term that encompasses many styles of sauce, cuisine and cooking methods. It is commonly used in East Asia and Southeast Asia, and has been used in England since the Middle Ages. Sweet and sour remains popular in Europe and the Americas. 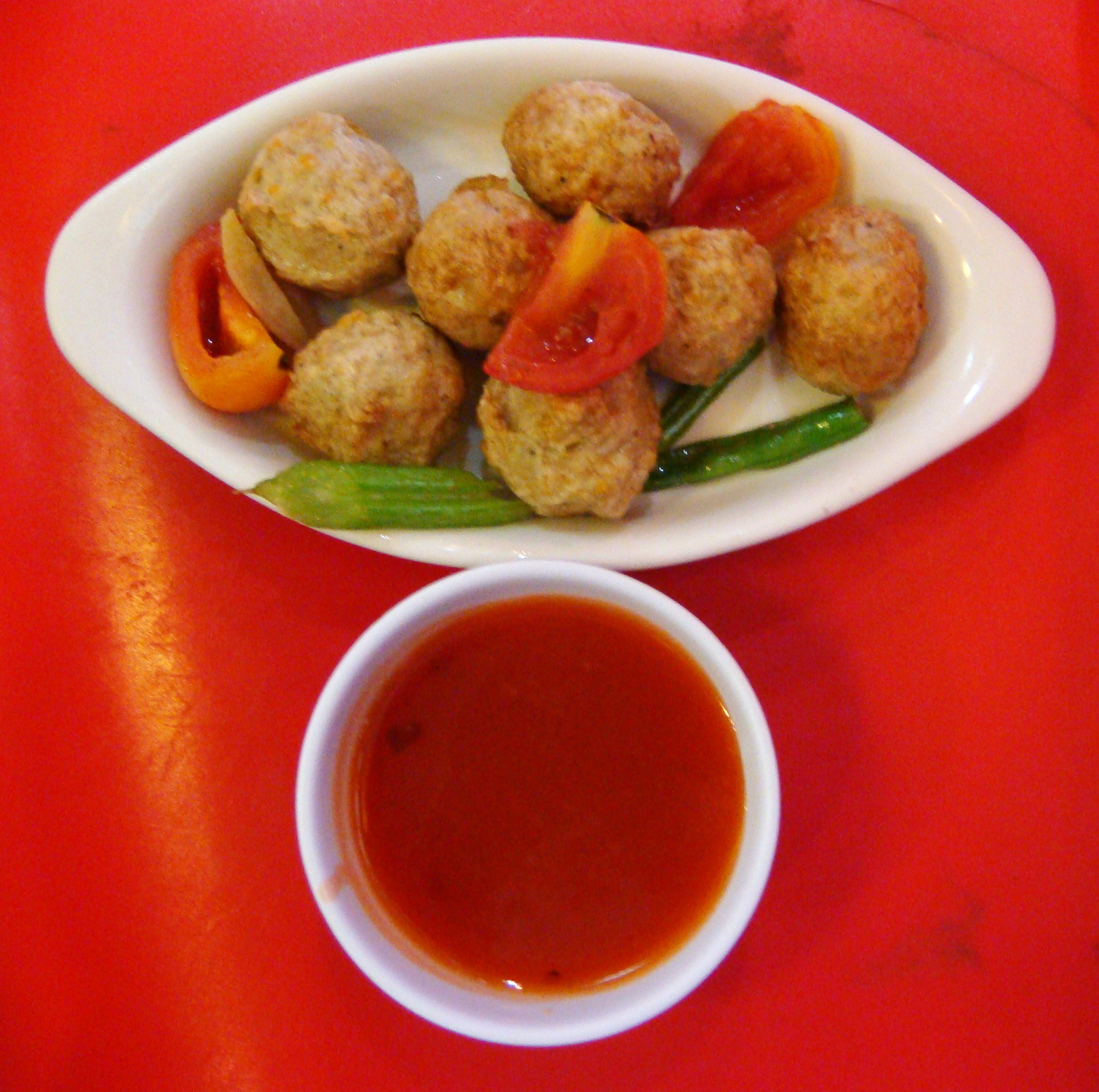 Some authors say that the original sweet and sour sauce () came from the Chinese province of Henan, but the sauce in this area is a light vinegar and sugar mixture not resembling what most people, including the Chinese, would call sweet and sour. Many places in China use a sweet and sour sauce as a dipping sauce for fish and meat, rather than in cooking as is commonly found in westernized Chinese cuisine. This style of using sauces is popular amongst Chinese who tie certain sauces to particular meats such as ''chili and soy'' for shrimp and ''vinegar and garlic'' for goose. There are, however, some dishes, such as the Cantonese sweet and sour pork or Loong har kow (sweet and sour lobster balls), in which the meat is cooked and a sauce added to the wok before serving. Not all dishes are cooked; some, such as "sweet and sour fruit and vegetable" salad from the eastern regions of China, also find their way in Chinese cuisine. This dish combines salad vegetables such as cucumber, tomato, bell pepper, and onion with a mixture of pineapple (or pear), vinegar, and sugar to make a cold served dish. In China traditionally the sauces are made from mixing sugar or honey with a sour liquid such as rice vinegar, soy sauce, and spices such as ginger and cloves. Sometimes a paste made from tomatoes is used but this is rare and normally restricted to western cooking. 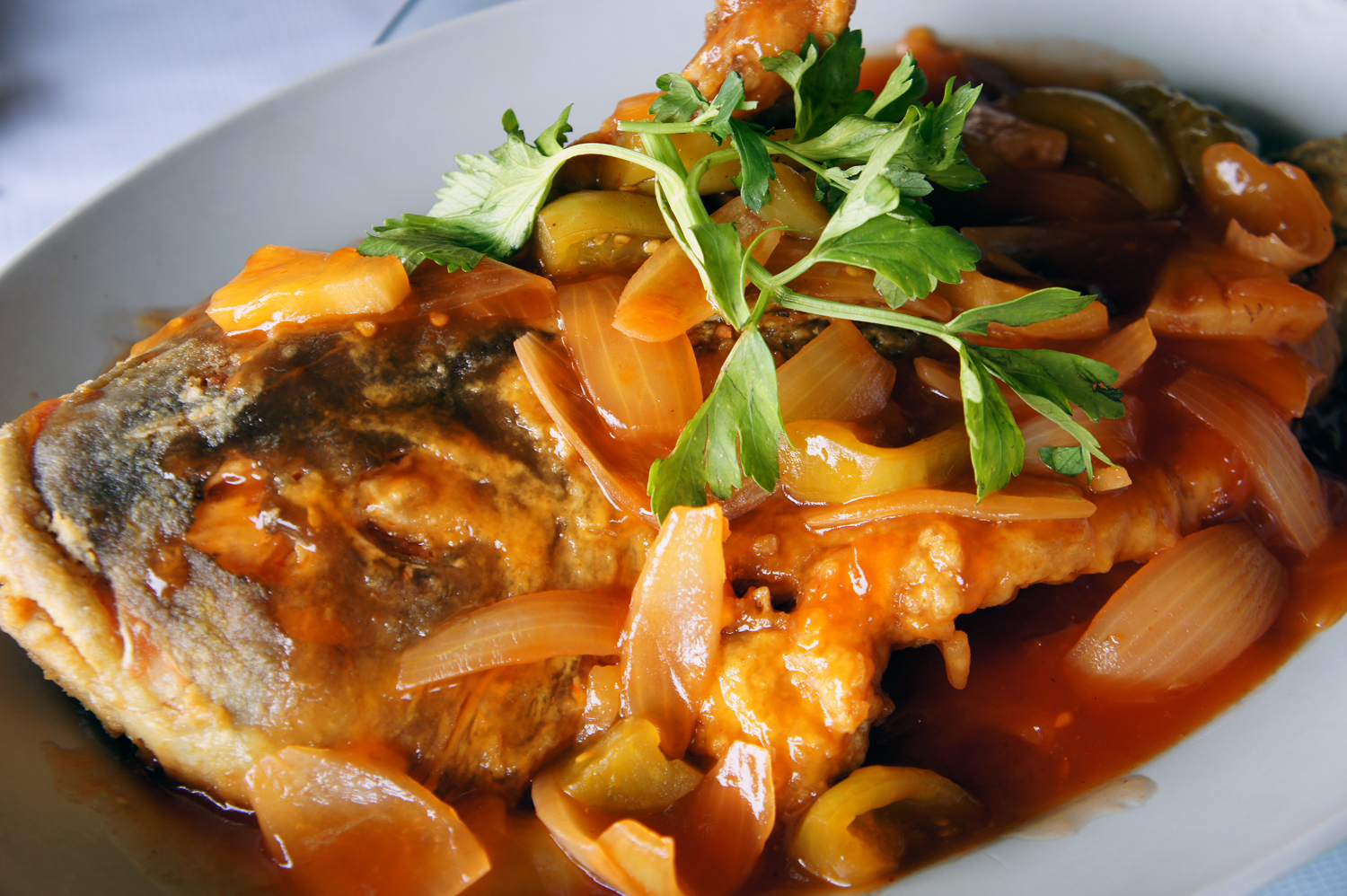 Cantonese sweet and sour sauce is the direct ancestor of sauce of the same name in the West, and originally developed for sweet and sour pork. The late renowned chef from Hong Kong, Leung King, included the following as his sweet and sour source sauce recipe: white rice vinegar, salt, Chinese brown candy, ketchup, Worcestershire sauce, and dark soy sauce. Hong Kong's gourmet Willie Mak, himself a long time friend of Leung, suggests to contemporary eateries not to resort to cheap bulk manufactured versions of vinegar, ketchup, and Worcestershire sauce, or the sauce will risk being too sharp in taste and might break the balance of flavours. He suggests the more acidic white rice vinegar could be replaced with apple cider vinegar, and ketchup and Worcestershire sauce should be of renowned gourmet brands.

= The original Cantonese sweet and sour pork () is made with vinegar, preserved plums and hawthorn candy for an almost scarlet colour and sweet-sour taste. A related Hong Kong/Cantonese-based dish is sweet and sour spare-ribs () and it is identical in methods except spare-ribs are used in place of pork loins.