The Romanian alphabet is a variant of the Latin alphabet used for writing the Romanian language. It is a modification of the classical Latin alphabet and consists of 31 letters, five of which (Ă, Â, Î, Ș, and Ț) have been modified from their Latin originals for the phonetic requirements of the language: The letters Q (''chiu''), W (''dublu v''), and Y (''igrec'' or ''i grec'') were formally introduced in the Romanian alphabet in 1982, although they had been used earlier. They occur only in foreign words and their Romanian derivatives, such as ''quasar'', ''watt'', and ''yacht''. The letter ''K'', although relatively older, is also rarely used and appears only in proper names and international neologisms such as ''kilogram'', ''broker'', ''karate''. These four letters are still perceived as foreign, which explains their usage for stylistic purposes in words such as ''nomenklatură'' (normally ''nomenclatură'', meaning "nomenclature", but sometimes spelled with ''k'' instead of ''c'' if referring to members of the Communist leadership in the Soviet Union and the Eastern Bloc countries, as ''Nomenklatura'' is used in English). In cases where the word is a direct borrowing having diacritical marks not present in the above alphabet, official spelling tends to favor their use (''München'', ''Angoulême'' etc., as opposed to the use of ''Istanbul'' over ''İstanbul'').

Letters and their pronunciation

Romanian spelling is mostly phonemic without ''silent letters'' (but see ''i''). The table below gives the correspondence between letters and sounds. Some of the letters have several possible readings, even if allophones are not taken into account. When vowels , , , and are changed into their corresponding semivowels, this is not marked in writing. Letters K, Q, W, and Y appear only in foreign borrowings; the pronunciation of W and Y and of the combination QU depends on the origin of the word they appear in. * See Comma-below (ș and ț) versus cedilla (ş and ţ).

Romanian orthography does not use accents or diacritics – these are secondary symbols added to letters (i.e. basic glyphs) to alter their pronunciation or to distinguish between words. There are, however, five special letters in the Romanian alphabet (associated with four different sounds) which are formed by modifying other Latin letters; strictly speaking these letters function as basic glyphs in their own right rather than letters with diacritical marks, but they are often referred to as the latter. * Ă ă — ''a'' with breve – for the sound * Â â — ''a'' with circumflex – for the sound * Î î — ''i'' with circumflex – for the sound * Ș ș — ''s'' with comma – for the sound * Ț ț — ''t'' with comma – for the sound The letter ''â'' is used exclusively in the middle of words; its majuscule version appears only in all-capitals inscriptions. Writing letters ș and ț with a cedilla instead of a comma is considered incorrect by the Romanian Academy. Romanian writings, including books created to teach children to write, treat the comma and cedilla as a variation in font. See Unicode and HTML below.

The letters ''î'' and ''â'' are phonetically and functionally identical. The reason for using both of them is historical, denoting the language's Latin origin. For a few decades until a spelling reform in 1904, as many as four or five letters had been used for the same phoneme (''â'', ''ê'', ''î'', ''û'', and occasionally ''ô''), according to an etymological rule. All were used to represent the vowel , toward which the original Latin vowels written with circumflexes had converged. The 1904 reform saw only two letters remaining, ''â'' and ''î'', the choice of which followed rules that changed several times during the 20th century. During the first half of the century the rule was to use ''î'' in word-initial and word-final positions, and ''â'' everywhere else. There were exceptions, imposing the use of ''î'' in internal positions when words were combined or derived with prefixes or suffixes. For example, the adjective "ugly" was written with ''î'' because it derives from the verb "to hate". In 1953, during the Communist era, the Romanian Academy eliminated the letter ''â'', replacing it with ''î'' everywhere, including the name of the country, which was to be spelled . The first stipulation coincided with the official designation of the country as a People's Republic, which meant that its full title was . A minor spelling reform in 1964 brought back the letter ''â'', but only in the spelling of "Romanian" and all its derivatives, including the name of the country. As such, the Socialist Republic proclaimed in 1965 is associated with the spelling . Soon after the fall of the Ceaușescu government, the Romanian Academy decided to reintroduce ''â'' from 1993 onward, by canceling the effects of the 1953 spelling reform and essentially reverting to the 1904 rules (with some differences). The move was publicly justified as the rectification either of a Communist assault on tradition, or of a Soviet influence on the Romanian culture, and as a return to a traditional spelling that bears the mark of the language's Latin origin. The political context at the time, however, was that the Romanian Academy was largely regarded as a Communist and corrupt institution — Nicolae Ceaușescu and his wife Elena had been its honored members, and membership had been controlled by the Communist Party. As such, the 1993 spelling reform was seen as an attempt of the Academy to break with its Communist past. The Academy invited the national community of linguists as well as foreign linguists specialized in Romanian to discuss the problem; when these overwhelmingly opposed the spelling reform in vehement terms, their position was explicitly dismissed as being too scientific. According to the 1993 reform, the choice between ''î'' and ''â'' is thus again based on a rule that is neither strictly etymological nor phonological, but positional and morphological. The sound is always spelled as ''â'', except at the beginning and the end of words, where ''î'' is to be used instead. Exceptions include proper nouns where the usage of the letters is frozen, whichever it may be, and compound words, whose components are each separately subjected to the rule (e.g. + → "clumsy", not *). However, the exception no longer applies to words derived with suffixes, in contrast with the 1904 norm; for instance what was spelled after 1904 became after 1993. Although the reform was promoted as a means to show the Latin origin of Romanian, statistically only few of the words written with ''â'' according to the 1993 reform actually derive from Latin words having an ''a'' in the corresponding position. In fact, this includes a large number of words that contained an ''i'' in the original Latin and are similarly written with ''i'' in their Italian or Spanish counterparts. Examples include "river", from the Latin (compare Spanish ), now written ; along with < , < , < , < , etc. While the 1993 spelling norm is compulsory in Romanian education and official publications, and gradually most other publications came to use it, there are still individuals, publications and publishing houses preferring the previous spelling norm or a mixed hybrid system of their own. Among them are the weekly cultural magazine and the daily , whereas some publications allow authors to choose either spelling norm; these include , magazine of the Writers' Union of Romania, and publishing houses such as . Dictionaries, grammars and other linguistic works have also been published using the and long after the 1993 reform. Ultimately, the conflict results from two different linguistically-based reasonings as to how to spell . The choice of ''â'' derives from ''a'' being the most average or central of the five vowels (the official Bulgarian romanization uses the same logic, choosing ''a'' for ъ, resulting in the country's name being spelled ''Balgariya''; and also the European Portuguese vowel for ''a'' mentioned above), whereas ''î'' is an attempt to choose the Latin letter that most intuitively writes the sound (similarly to how Polish uses the letter ''y'').

Although the Romanian Academy standard mandates the comma-below variants for the sounds and , the cedilla variants are still widely used. Many printed and online texts still incorrectly use "s with cedilla" and "t with cedilla". This state of affairs is due to an initial lack of glyph standardization, compounded by the lack of computer font support for the comma-below variants (see the Unicode section for details). The lack of support for the comma diacritics has been corrected in current versions of major operating systems: Windows Vista or newer, Linux distributions after 2005, and currently supported Mac OS versions. As mandated by the European Union, Microsoft released
font update
to correct this deficiency in Windows XP in early 2007, soon after Romania joined the European Union. 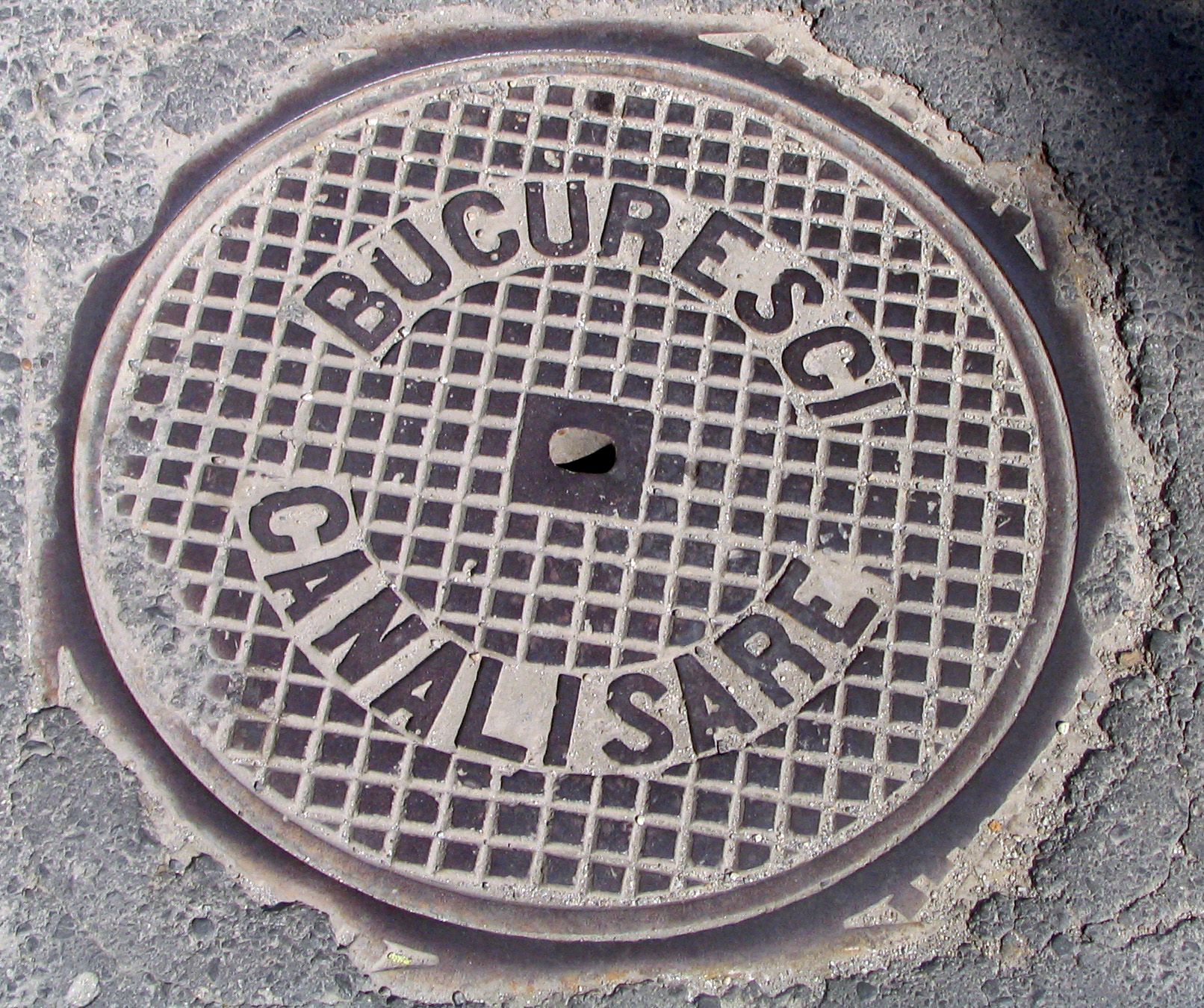 Before the spelling reform of 1904, there were several additional letters with diacritical marks. * Vowels: ** ĭ — ''i'' with breve indicated semivowel ''i'' as part of Romanian diphthongs and triphthongs ''ia'', ''ei'', ''iei'' etc., or a final, "whispered" sound of the preceding palatalized consonant, in words such as ''București'' (), ''lupi'' ( – "wolves"), and ''greci'' ( – "Greeks") — ''Bucurescĭ'' (the proper spelling at the time used ''c'' instead of ''t'', ''see -ești''), ''lupĭ'', ''grecĭ'', like the Slavonic soft sign. The Moldovan Cyrillic alphabet kept the Cyrillic equivalents of this letter, namely й and ь, but it was abolished in the Romanian Latin alphabet for unknown reasons. By replacing this letter with a simple ''i'' without making any additional changes, the phonetic value of the letter ''i'' became ambiguous; even native speakers can sometimes mispronounce words such as the toponym ''Pecica'' (which has two syllables, but is often mistakenly pronounced with three) or the name ''Mavrogheni'' (which has four syllables, not three). Additionally, in a number of words such as ''subiect'' "subject" and ''ziar'' "newspaper", the pronunciation of ''i'' as a vowel or as a semivowel is different among speakers. ** ŭ — ''u'' with breve was used only in the ending of a word. It was essentially a Latin equivalent of the Slavonic back yer found in languages like Russian. Unpronounced in most cases, it served to indicate that the previous consonant was not palatalized, or that the preceding ''i'' was the vowel and not a mere marker of palatalization. When ''ŭ'' was pronounced, it would follow a stressed vowel and stand in for semivowel ''u'', as in words ''eŭ'', ''aŭ'', and ''meŭ'', all spelled today without the breve. Once frequent, it survives today in author Mateiu Caragiale's name – originally spelled ''Mateiŭ'' (it is not specified whether the pronunciation should adopt a version that he himself probably never used, while in many editions he is still credited as ''Matei''). In other names, only the breve was dropped, while preserving the pronunciation of a semivowel ''u'', as is the case of B.P. Hasdeŭ. ** ĕ — ''e'' with breve. This letter is now replaced with ''ă''. The existence of two letters for one sound, the schwa, had an etymological purpose, showing from which vowel ("a" or "e") it originally derived. For example ''împĕrat'' – "emperor" (<Imperator), ''vĕd'' – "I see" (