Phosphorus is a chemical element with the symbol P and atomic number 15. Elemental phosphorus exists in two major forms, white phosphorus and red phosphorus, but because it is highly reactive, phosphorus is never found as a free element on Earth. It has a concentration in the Earth's crust of about one gram per kilogram (compare copper at about 0.06 grams). In minerals, phosphorus generally occurs as phosphate. Elemental phosphorus was first isolated as white phosphorus in 1669. White phosphorus emits a faint glow when exposed to oxygen – hence the name, taken from Greek mythology, meaning "light-bearer" (Latin ''Lucifer''), referring to the "Morning Star", the planet Venus. The term "phosphorescence", meaning glow after illumination, derives from this property of phosphorus, although the word has since been used for a different physical process that produces a glow. The glow of phosphorus is caused by oxidation of the white (but not red) phosphorus — a process now called chemiluminescence. Together with nitrogen, arsenic, antimony, and bismuth, phosphorus is classified as a pnictogen. Phosphorus is an element essential to sustaining life largely through phosphates, compounds containing the phosphate ion, PO43−. Phosphates are a component of DNA, RNA, ATP, and phospholipids, complex compounds fundamental to cells. Elemental phosphorus was first isolated from human urine, and bone ash was an important early phosphate source. Phosphate mines contain fossils because phosphate is present in the fossilized deposits of animal remains and excreta. Low phosphate levels are an important limit to growth in some aquatic systems. The vast majority of phosphorus compounds mined are consumed as fertilisers. Phosphate is needed to replace the phosphorus that plants remove from the soil, and its annual demand is rising nearly twice as fast as the growth of the human population. Other applications include organophosphorus compounds in detergents, pesticides, and nerve agents. 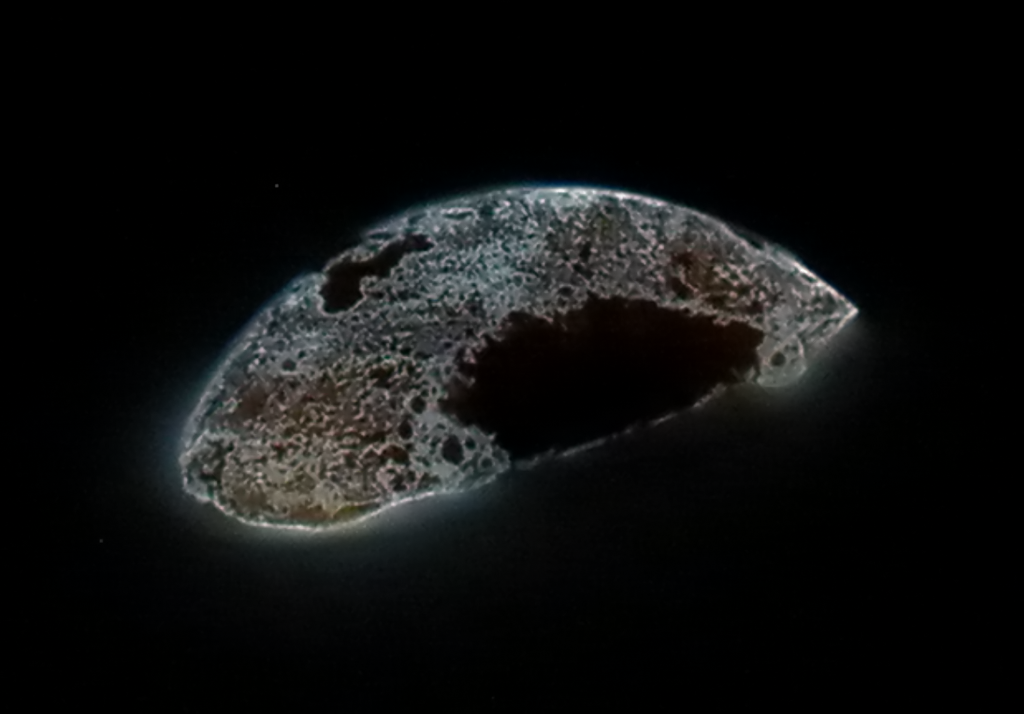 From the perspective of applications and chemical literature, the most important form of elemental phosphorus is white phosphorus, often abbreviated as WP. It is a soft, waxy solid which consists of tetrahedral molecules, in which each atom is bound to the other three atoms by a single bond. This tetrahedron is also present in liquid and gaseous phosphorus up to the temperature of when it starts decomposing to molecules. White phosphorus exists in two crystalline forms: α (alpha) and β (beta). At room temperature, the α-form is stable, which is more common and it has cubic crystal structure and at , it transforms into β-form, which has hexagonal crystal structure. These forms differ in terms of the relative orientations of the constituent P4 tetrahedra. White phosphorus is the least stable, the most reactive, the most volatile, the least dense, and the most toxic of the allotropes. White phosphorus gradually changes to red phosphorus. This transformation is accelerated by light and heat, and samples of white phosphorus almost always contain some red phosphorus and accordingly appear yellow. For this reason, white phosphorus that is aged or otherwise impure (e.g., weapons-grade, not lab-grade WP) is also called yellow phosphorus. When exposed to oxygen, white phosphorus glows in the dark with a very faint tinge of green and blue. It is highly flammable and pyrophoric (self-igniting) upon contact with air. Owing to its pyrophoricity, white phosphorus is used as an additive in napalm. The odour of combustion of this form has a characteristic garlic smell, and samples are commonly coated with white "phosphorus pentoxide", which consists of tetrahedra with oxygen inserted between the phosphorus atoms and at their vertices. White phosphorus is insoluble in water but soluble in carbon disulfide.