In combat sports where champions are decided by a challenge, the lineal championship of a weight class is a world championship title held initially by an undisputed champion and subsequently by a fighter who defeats the reigning champion in a match at that weight class. In professional boxing, the lineal champion is informally called "the man who beat the man". Champions recognized by sanctioning bodies such as the World Boxing Association (WBA), World Boxing Council (WBC), or the Ultimate Fighting Championship (UFC) may vacate their title voluntarily, or be stripped of the title for breaching the sanctioning body's regulations or contracts. There will thus be a breach of continuity in the list of sanctioned champions which the lineal championship is intended to prevent. However, there is no single canonical list of lineal champions at any weight class, because there is no agreed upon method of determining the starting point for each lineage and conflicting opinions on what to do when the current champion retires or moves to a different weight class, although there is agreement that any stripping of a title be discounted.

The concept of a lineal champion was developed by boxing fans dissatisfied by the tendency of each of the various sanctioning bodies (WBC, WBA, IBF, etc.) to recognize different champions, and in particular to strip a champion of his title for refusing to fight its top-ranked contender. Prior to the 1970s, this rarely happened; the National Boxing Association (NBA) and the New York State Athletic Commission (NYSAC) sometimes recognized different champions, but there was usually only a short interval before one champion defeated the other. In this era, a title vacancy was generally filled by having a single-elimination tournament box-off between two or more top-ranked contenders. The lineal championship is intended as a return to that era. Several top boxers have specified holding the lineal championship as a personal accomplishment (e.g. Lennox Lewis) or goal (e.g., Nate Campbell). Many boxing experts view the lineal championship as a prestigious status which trumps the world titles being issued by the sanctioning bodies (e.g. Steve Farhood).

In mixed martial arts (MMA), the lineal championship is of particular relevance because until the mid 2000s, the top-ranked fighters were spread out amongst a number of mixed martial arts promotions across the globe. This included Japanese promotions such as Pride Fighting Championships, Pancrase, and Dream as well as US-based promotions such as the Ultimate Fighting Championship (UFC), World Extreme Cage Fighting (WEC) and Strikeforce. The UFC eventually purchased most of the major promotions and, as a result, all of the lineal champions are currently signed with the promotion. Former UFC champion Jon Jones was suspended and stripped of the title for reasons resulting from an alleged hit and run felony charge. Daniel Cormier, whom Jones had just defeated, subsequently won the vacant UFC title. These events, however, do not affect the lineal title because Jon Jones was never defeated in the octagon.

An issue in the implementation of a lineal championship is what to do if the lineal champion retires, dies, or moves to a different weight class. Different ways of resolving this vacancy mean the lineal championship may itself be subject to dispute. Since the modern lineal championship is merely a notional title tracked by fans, there is no money or organization to arrange a box-off to fill a vacant title, and there may not be consensus on who the top contenders are – this is true both for boxing and MMA. One example given by Cliff Rold of BoxingScene is the light heavyweight title, considered vacant from the time Michael Spinks moved up to heavyweight in 1985 until some time in the 1990s. While Rold considers Virgil Hill's defeat of Henry Maske as the beginning of the next line of succession, as does Cyber Boxing Zone, ''Ring'' magazine controversially traces the title through Roy Jones Jr. Another criticism of the lineal championship is that a fighter may defend it against inferior opponents. For example, George Foreman was considered lineal champion from 1994 until 1997, when Shannon Briggs beat him. After the WBA and IBF stripped him of their titles in 1995, Foreman fought only two, low-ranked opponents before Briggs. The lineal champion is not necessarily the boxer viewed as the best. Cyber Boxing Zone and BoxingScene considered Zsolt Erdei the lineal light-heavyweight champion from his 2004 defeat of Julio César González until 2009, when he vacated his title and moved up to cruiserweight; as he had not fought the highest-ranked opponents in the interim, Cliff Rold conceded, "while the concept of a champion needing to lose a title in the ring is solid, the practice is sometimes highly flawed". In mixed martial arts, most controversy centers on the proper method for determining the first lineal MMA champion within each weight class. Early fights did not follow the currently agreed upon weight classes determined by the Unified Rules of Mixed Martial Arts, a rule set that was not finalized until the year 2000. For example: Some consider Mark Coleman's victory in 1997, when he became the first UFC Heavyweight champion, to be the beginning of the Heavyweight lineage. Others argue that Royce Gracie's victory at UFC 1 in 1993 is the true heavyweight starting point due to the Open-weight nature of the tournament. In this case, however, the lineal titles converge and unify with the current UFC Heavyweight title, so the champion remains the same regardless of which lineage one chooses to follow. 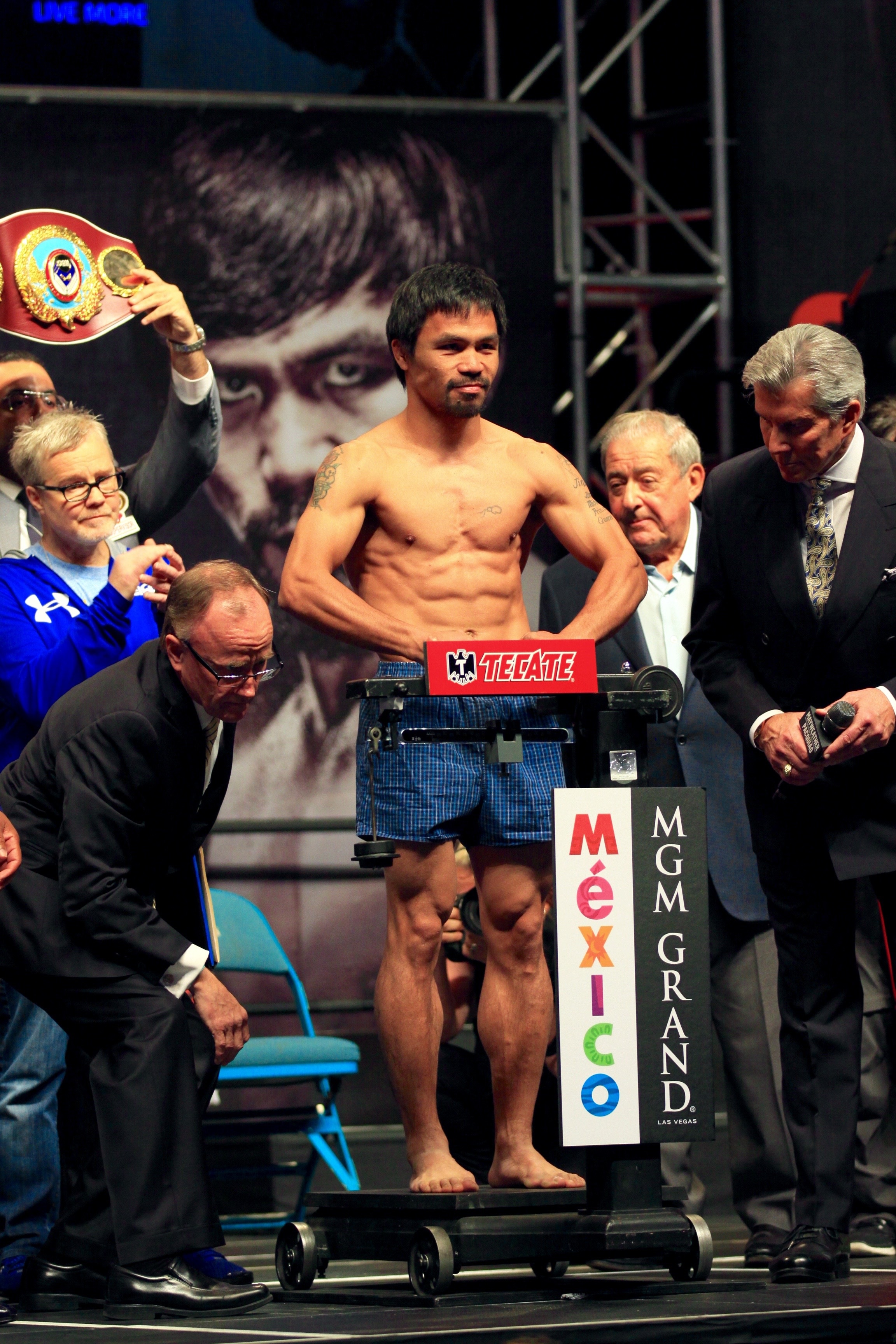 The boxing magazine ''The Ring'' has its own lineal championship. The original sequence was from its first publication in the 1920s until its hiatus in 1989, continuing as late as 1992 in some divisions. When it started awarding titles again in 2001, it did not calculate retrospective lineages to fill in the gap years, instead nominating a new champion. CBZ commented in 2004, "The Ring has forfeited its credibility by pulling names out of its ass to name fighters as champions". In 2007, ''The Ring'' was acquired by the owners of fight promoter Golden Boy Promotions, which has publicized ''The Rings world championship when this is at stake in fights it promotes (such as Joe Calzaghe vs. Roy Jones, Jr. in 2008). Since 2012, to reduce the number of vacant titles, ''The Ring'' allows fights between a #1 or #2 contender and a #3, #4, or #5 contender to fill a vacant title. This has prompted further doubts about its credibility. ''Sports Illustrated'' used ''The Ring'' lineages for galleries of lineal heavyweight and middleweight champions.

The ''Cyber Boxing Zone'' (CBZ) website maintains lists of lineal champions, with input from boxing historian Tracy Callis of the International Boxing Research Organization. These were first published in 1994, and are retrospective to the introduction of Marquess of Queensberry Rules in 1885. The historical lists have sometimes been updated when new information about old fights comes to light. If its lineal champion at one weight class moves to another class, CBZ does not automatically vacate his title.

BoxingScene.com disagrees with the lineages given by ''The Ring'' and by CBZ, especially in lower weight divisions with a higher rate of champions changing division. BoxingScene has traced its own most recent lineages, generally back to the 1990s.

The Transnational Boxing Rankings Board (TBRB) was formed in October 2012 as a volunteer initiative to provide boxing with authoritative top-ten rankings, identify the singular world champion of every division by strict reasoning and common sense, and to insist on the sport's reform. Board membership includes fifty respected boxing journalists and record keepers from around the world who are uncompromised by sanctioning bodies and promoters. The board was formed to continue where ''The Ring'' "left off" in the aftermath of its purchase by Golden Boy Promotions in 2007 and the following dismissal of the editorial board headed by Nigel Collins. After the new editors of ''The Ring'' announced a controversial new championship policy in May 2012, three prominent members of the Ring Advisory Panel resigned. These three members (Springs Toledo, Cliff Rold and Tim Starks) became the founding members of the Transnational Boxing Rankings Board, which was formed over the summer of 2012 with the assistance of Stewart Howe of England. The board only awards vacant championships when the two top-ranked fighters in any division meet, and currently recognizes legitimate world champions or "true champions" each weight classes. Since its inception, TBRB has been viewed by many boxing historians and analysts as the superior version of lineal championship (e.g. Teddy Atlas) and their rankings as the most authoritative in boxing today.

Since April 6, 2019, LinealBoxingChampion.com (LBC) has been producing monthly, non-computerized divisional rankings for women's professional boxing. Prior to this, no such impartial, independent rankings existed. The rankings are compiled by an international team of ten boxing experts, which includes site editor and member of the International Boxing Research Organization, Adam McMeeking (from the UK), International Women's Boxing Hall of Fame 2019 inductee, David Avila (from the U.S.), Max Boxing journalist and former Boxing Monthly contributor, Anthony Cocks (from Australia) and Ring Magazine contributor, Yuriko Miyata (from Japan). In keeping with the tradition, the lineal champion status is awarded to the winner of a fight between the number one and number two ranked contenders. Currently LBC recognizes five true Lineal Champions in women's boxing: Katie Taylor at Lightweight, Jessica McCaskill (at Junior Welterweight and Welterweight), Claressa Shields (at Middleweight and Junior Middleweight). Due to its limited number of competitors LBC does not recognize the light heavyweight division.

These are the current lineal boxing champions recognized by the Transnational Boxing Rankings Board, and the ''Cyber Boxing Zone.

These are the current lineal champions recognized by Lineal Boxing Champion.

* Muhammad Ali is the only three-time lineal heavyweight boxing champion. He beat Sonny Liston in 1964, George Foreman in 1974, and Leon Spinks in 1978. *Manny Pacquiao is the first and only fighter in the history of boxing who is credited with lineal championships in five different weight classes (flyweight, featherweight, super featherweight, light welterweight and welterweight) by Cyber Boxing Zone, TBRB and BoxingScene.com. This has been reported by ESPN, CNN Sports Illustrated, ''The Ring'', ''Yahoo! Sports'' and many boxing websites. He is also the third fighter in boxing history to win lineal world titles in three of the original eight weight divisions of boxing also known as the "glamour divisions" (flyweight, featherweight, and welterweight), joining the exclusive group of Bob Fitzsimmons and Henry Armstrong. Additionally, Pacquiao has held three ''Ring'' titles in three different weight classes (featherweight, super featherweight, and light welterweight). * Peter Aerts is the only five-time lineal heavyweight kickboxing champion. He beat Patrick Smith in 1994, Andy Hug in 1997, Ernesto Hoost in 1998, Andy Hug in 1998, and Semmy Schilt in 2010. * Fedor Emelianenko, heavyweight mixed martial artist, held the lineal title for longer than any fighter in history. Fedor won the title from Antônio Rodrigo Nogueira in 2003 and defended it 18 times before eventually losing it to Fabricio Werdum in 2010. *Claressa Shields and Jessica McCaskill are the only women to be recognized as two-weight lineal champions.