Herāt (; Persian/Pashto: ) is the third-largest city of Afghanistan. In 2020, it had an estimated population of 574,276, and serves as the capital of Herat Province, situated in the fertile valley of the Hari River in the western part of the country. It is linked with Kandahar, Kabul and Mazar-i-Sharif via Highway 1 or the ring road. It is further linked to the city of Mashhad in neighboring Iran through the border town of Islam Qala, and to Mary in Turkmenistan to the north through the border town of Torghundi. Herat dates back to Avestan times and was traditionally known for its wine. The city has a number of historic sites, including the Herat Citadel and the Musalla Complex. During the Middle Ages Herat became one of the important cities of Khorasan, as it was known as the ''Pearl of Khorasan''. After the conquest of Tamerlane, the city became an important center of intellectual and artistic life in the Islamic world. Under the rule of Shah Rukh the city served as the focal point of the Timurid Renaissance, whose glory matched Florence of the Italian Renaissance as the center of a cultural rebirth. After the fall of the Timurid Empire, Herat has been governed by various Afghan rulers since the early 18th century. In 1717, the city was invaded by the Hotaki forces until they were expelled by the Afsharids in 1729. After Nader Shah's death and Ahmad Shah Durrani's rise to power in 1747, Herat became part of Afghanistan. It witnessed some political disturbances and military invasions during the early half of the 19th century but the 1857 Treaty of Paris ended hostilities of the Anglo-Persian War. Herat lies on the ancient trade routes of the Middle East, Central and South Asia, and today is a regional hub in western Afghanistan. The roads from Herat to Iran, Turkmenistan, and other parts of Afghanistan are still strategically important. As the gateway to Iran, it collects high amount of customs revenue for Afghanistan. It also has an international airport. The city has high residential density clustered around the core of the city. However, vacant plots account for a higher percentage of the city (21%) than residential land use (18%) and agricultural is the largest percentage of total land use (36%). Today the city is considered to be relatively safe. 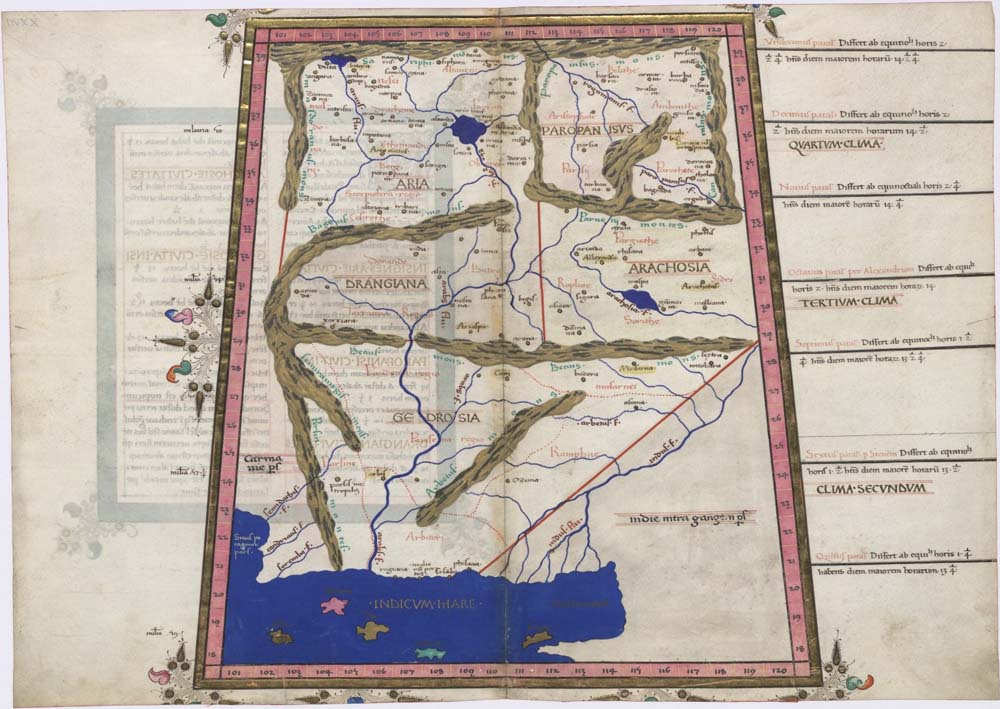 Herat dates back to ancient times (its exact age remains unknown). During the period of the Achaemenid Empire (ca. 550-330 BC), the surrounding district was known as 𐏃𐎼𐎡𐎺 ''Haraiva'' (in Old Persian), and in classical sources the region was correspondingly known as Aria (Areia). In the Zoroastrian Avesta, the district is mentioned as ''Haroiva''. The name of the district and its main town is derived from that of the chief river of the region, the Herey River (Old Dari ''Hereyrud'', "Silken Water"), which traverses the district and passes some south of modern Herāt. Herey is mentioned in Sanskrit as yellow or golden color equivalent to Persian "Zard" meaning Gold (yellow). The naming of a region and its principal town after the main river is a common feature in this part of the world—compare the adjoining districts/rivers/towns of Arachosia and Bactria. The district ''Aria'' of the Achaemenid Empire is mentioned in the provincial lists that are included in various royal inscriptions, for instance, in the Behistun inscription of Darius I (ca. 520 BC). Representatives from the district are depicted in reliefs, e.g., at the royal Achaemenid tombs of Naqsh-e Rustam and Persepolis. They are wearing Scythian-style dress (with a tunic and trousers tucked into high boots) and a twisted Bashlyk that covers their head, chin and neck. Hamdallah Mustawfi, composer of the 14th century work ''The Geographical Part of the Nuzhat-al-Qulub'' writes that: Herodotus described Herat as ''the bread-basket of Central Asia''. At the time of Alexander the Great in 330 BC, Aria was obviously an important district. It was administered by a satrap called Satibarzanes, who was one of the three main Persian officials in the East of the Empire, together with the satrap Bessus of Bactria and Barsaentes of Arachosia. In late 330 BC, Alexander captured the Arian capital that was called Artacoana. The town was rebuilt and the citadel was constructed. Afghanistan became part of the Seleucid Empire. However, most sources suggest that Herat was predominantly Zoroastrian. It became part of the Parthian Empire in 167 BC. In the Sasanian period (226-652), 𐭧𐭥𐭩𐭥 ''Harēv'' is listed in an inscription on the Ka'ba-i Zartosht at Naqsh-e Rustam; and ''Hariy'' is mentioned in the Pahlavi catalogue of the provincial capitals of the empire. In around 430, the town is also listed as having a Christian community, with a Nestorian bishop. In the last two centuries of Sasanian rule, Aria (Herat) had great strategic importance in the endless wars between the Sasanians, the Chionites and the Hephthalites who had been settled in the northern section of Afghanistan since the late 4th century. 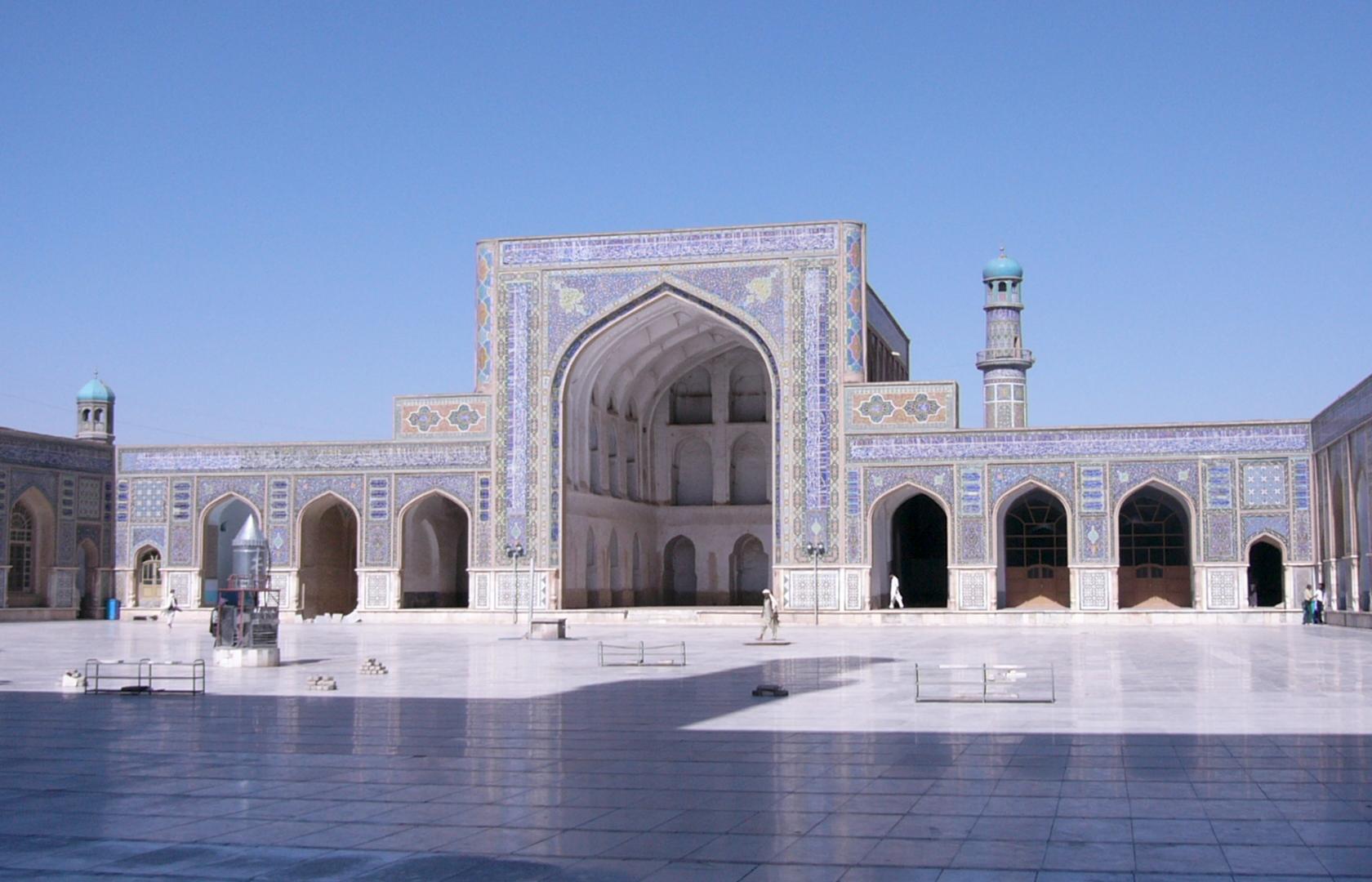 At the time of the Arab invasion in the middle of the 7th century, the Sasanian central power seemed already largely nominal in the province in contrast with the role of the Hephthalites tribal lords, who were settled in the Herat region and in the neighboring districts, mainly in pastoral Bādghis and in Qohestān. It must be underlined, however, that Herat remained one of the three Sasanian mint centers in the east, the other two being Balkh and Marv. The Hephthalites from Herat and some unidentified Turks opposed the Arab forces in a battle of Qohestān in 651-52 AD, trying to block their advance on Nishāpur, but they were defeated When the Arab armies appeared in Khorāsān in the 650s AD, Herāt was counted among the twelve capital towns of the Sasanian Empire. The Arab army under the general command of Ahnaf ibn Qais in its conquest of Khorāsān in 652 seems to have avoided Herāt, but it can be assumed that the city eventually submitted to the Arabs, since shortly afterwards an Arab governor is mentioned there. A treaty was drawn in which the regions of Bādghis and Bushanj were included. As did many other places in Khorāsān, Herāt rebelled and had to be re-conquered several times. Another power that was active in the area in the 650s was Tang dynasty China which had embarked on a campaign that culminated in the Conquest of the Western Turks. By 659–661, the Tang claimed a tenuous suzerainty over Herat, the westernmost point of Chinese power in its long history. This hold however would be ephemeral with local Turkish tribes rising in rebellion in 665 and driving out the Tang. In 702 AD Yazid ibn al-Muhallab defeated certain Arab rebels, followers of Ibn al-Ash'ath, and forced them out of Herat. The city was the scene of conflicts between different groups of Muslims and Arab tribes in the disorders leading to the establishment of the Abbasid Caliphate. Herat was also a centre of the followers of Ustadh Sis. In 870 AD, Yaqub ibn Layth Saffari, a local ruler of the Saffarid dynasty conquered Herat and the rest of the nearby regions in the name of Islam.

The region of Herāt was under the rule of King Nuh III, the seventh of the Samanid line—at the time of Sebük Tigin and his older son, Mahmud of Ghazni. The governor of Herāt was a noble by the name of ''Faik'', who was appointed by Nuh III. It is said that Faik was a powerful, but insubordinate governor of Nuh III; and had been punished by Nuh III. Faik made overtures to Bogra Khan and Ughar Khan of Khorasan. Bogra Khan answered Faik's call, came to Herāt and became its ruler. The Samanids fled, betrayed at the hands of Faik to whom the defence of Herāt had been entrusted by Nuh III.