Curaçao ( ; ; pap|Kòrsou, ) is a Lesser Antilles island country in the southern Caribbean Sea and the Dutch Caribbean region, about north of the Venezuelan coast. It is a constituent country ( nl|land) of the Kingdom of the Netherlands. Together with Aruba and Bonaire it forms the ABC islands. Collectively, Curaçao, Aruba and other Dutch islands in the Caribbean are often called the Dutch Caribbean. The country was formerly part of the Curaçao and Dependencies colony from 1815 to 1954 and later the Netherlands Antilles from 1954 to 2010, as "Island Territory of Curaçao" ( nl|Eilandgebied Curaçao|links=no, pap|Teritorio Insular di Kòrsou|links=no) and is now formally called the Country of Curaçao ( nl|Land Curaçao|links=no, pap|Pais Kòrsou|links=no). It includes the main island of Curaçao and the much smaller, uninhabited island of Klein Curaçao ("Little Curaçao"). Curaçao has a population of 158,665 (January 2019 est.) and an area of ; its capital is Willemstad.

One explanation is that Curaçao was the name by which the indigenous peoples of the island identified themselves, their autonym. Early Spanish accounts support this theory, as they refer to the indigenous peoples as ''Indios Curaçaos''. From 1525, the island was featured on Spanish maps as ''Curaçote, Curasaote, Curasaore'' and even ''Curacaute''. By the 17th century, it appeared on most maps as ''Curaçao'' or ''Curazao.'' On a map created by Hieronymus Cock in 1562 in Antwerp, the island was called ''Qúracao.'' A persistent but undocumented story says that in the 16th and 17th centuries—the early years of European exploration—sailors on long voyages often got scurvy from lack of vitamin C. According to some accounts, either Portuguese or Spanish sailors who were ill were left on the island now known as Curaçao. When their ship returned, some had recovered, likely cured from scurvy after eating fruit with vitamin C. From then on, supposedly, the Portuguese referred to this as ''Ilha da Curação'' (Island of Healing) or the Spanish as ''Isla de la Curación''. Another explanation is that it is derived from the Portuguese word for heart (), referring to the island as a centre in trade. 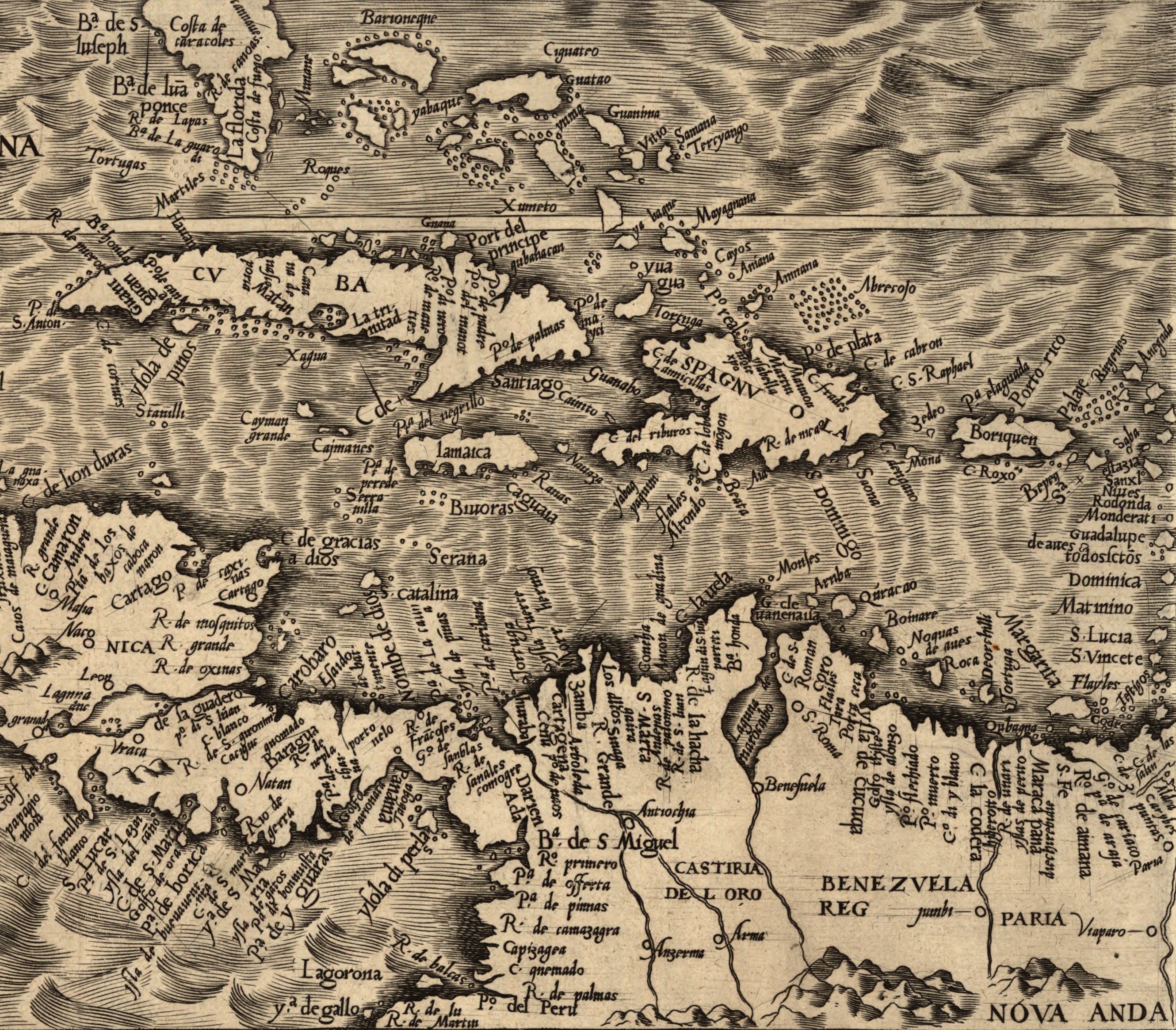