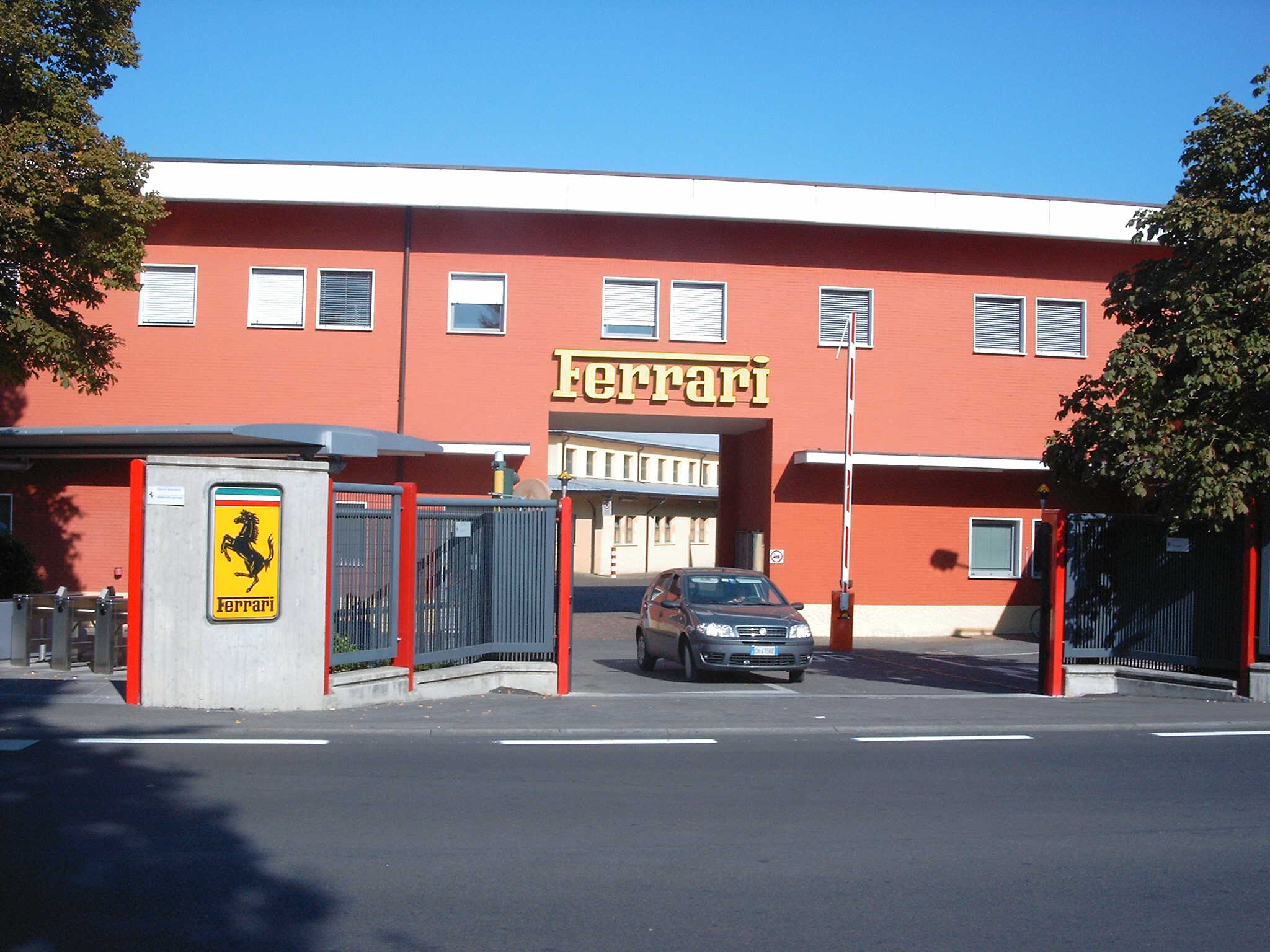 A brand is a name, term, design, symbol or any other feature that identifies one seller's good or service as distinct from those of other sellers. Brands are used in business, marketing, and advertising for recognition and, importantly, to create and store value as brand equity for the object identified, to the benefit of the brand's customers, its owners and shareholders. Name brands are sometimes distinguished from generic or store brands. The practice of branding - in the original literal sense of marking by burning - is thought to have begun with the ancient Egyptians, who were known to have engaged in livestock branding as early as 2,700 BCE. Branding was used to differentiate one person's cattle from another's by means of a distinctive symbol burned into the animal's skin with a hot branding iron. If a person stole any of the cattle, anyone else who saw the symbol could deduce the actual owner. The term has been extended to mean a strategic personality for a product or company, so that "brand" now suggests the values and promises that a consumer may perceive and buy into. Over time, the practice of branding objects extended to a broader range of packaging and goods offered for sale including oil, wine, cosmetics, and fish sauce and, in the 21st century, extends even further into services (such as legal, financial and medical), political parties and people (e.g. Lady Gaga and Katy Perry). Branding in terms of painting a cow with symbols or colors at flea markets was considered to be one of the oldest forms of the practice. In the modern era, the concept of branding has expanded to include deployment by a manager of the marketing and communication techniques and tools that help to distinguish a company or products from competitors, aiming to create a lasting impression in the minds of customers. The key components that form a brand's toolbox include a brand's identity, personality, product design, brand communication (such as by logos and trademarks), brand awareness, brand loyalty, and various branding (brand management) strategies. Many companies believe that there is often little to differentiate between several types of products in the 21st century, hence branding is among a few remaining forms of product differentiation. Brand equity is the measurable totality of a brand's worth and is validated by observing the effectiveness of these branding components. As markets become increasingly dynamic and fluctuating, brand equity is built by the deployment of marketing techniques to increase customer satisfaction and customer loyalty, with side effects like reduced price sensitivity. A brand is, in essence, a promise to its customers of what they can expect from products and may include emotional as well as functional benefits. When a customer is familiar with a brand or favors it incomparably to its competitors, a corporation has reached a high level of brand equity. Special accounting standards have been devised to assess brand equity. In accounting, a brand defined as an intangible asset, is often the most valuable asset on a corporation's balance sheet. Brand owners manage their brands carefully to create shareholder value. Brand valuation is a management technique that ascribes a monetary value to a brand, and allows marketing investment to be managed (e.g.: prioritized across a portfolio of brands) to maximize shareholder value. Although only acquired brands appear on a company's balance sheet, the notion of putting a value on a brand forces marketing leaders to be focused on long term stewardship of the brand and managing for value. The word "brand" is often used as a metonym referring to the company that is strongly identified with a brand. Marque or make are often used to denote a brand of motor vehicle, which may be distinguished from a car model. A ''concept brand'' is a brand that is associated with an abstract concept, like breast-cancer awareness or environmentalism, rather than a specific product, service, or business. A ''commodity brand'' is a brand associated with a commodity.

The word, ''brand'', derives from its original and current meaning as a firebrand, a burning piece of wood. That word comes from the Old High German, ''brinnan'' and Old English ''byrnan'', ''biernan'', and ''brinnan'' via Middle English as ''birnan'' and ''brond''. Torches were used to indelibly mark items such as furniture and pottery, and to permanently burn identifying marks into the skin of slaves and livestock. Later the firebrands were replaced with branding irons. The marks themselves took on the term and came to be closely associated with craftsmen's products. Through that association, the term eventually acquired its current meaning.

Branding and labeling have an ancient history. Branding probably began with the practice of branding livestock to deter theft. Images of the branding of cattle occur in ancient Egyptian tombs dating to around 2,700 BCE. Over time, purchasers realised that the brand provided information about origin as well as about ownership, and could serve as a guide to quality. Branding was adapted by farmers, potters, and traders for use on other types of goods such as pottery and ceramics. Forms of branding or proto-branding emerged spontaneously and independently throughout Africa, Asia and Europe at different times, depending on local conditions. Seals, which acted as quasi-brands, have been found on early Chinese products of the Qin Dynasty (221-206 BCE); large numbers of seals survive from the Harappan civilization of the Indus Valley (3,300–1,300 BCE) where the local community depended heavily on trade; cylinder seals came into use in Ur in Mesopotamia in around 3,000 BCE and facilitated the labelling of goods and property; and the use of maker's marks on pottery was commonplace in both ancient Greece and Rome. Identity marks, such as stamps on ceramics, were also used in ancient Egypt. Diana Twede has argued that the "consumer packaging functions of protection, utility and communication have been necessary whenever packages were the object of transactions". She has shown that amphorae used in Mediterranean trade between 1,500 and 500 BCE exhibited a wide variety of shapes and markings, which consumers used to glean information about the type of goods and the quality. The systematic use of stamped labels dates from around the fourth century BCE. In largely pre-literate society, the shape of the amphora and its pictorial markings conveyed information about the contents, region of origin and even the identity of the producer, which were understood to convey information about product quality. David Wengrow has argued that branding became necessary following the urban revolution in ancient Mesopotamia in the 4th century BCE, when large-scale economies started mass-producing commodities such as alcoholic drinks, cosmetics and textiles. These ancient societies imposed strict forms of quality-control over commodities and also needed to convey value to the consumer through branding. Producers began by attaching simple stone seals to products which, over time, gave way to clay seals bearing impressed images, often associated with the producer's personal identity thus giving the product a personality. Not all historians agree that these markings are comparable with modern brands or labels, with some suggesting that the early pictorial brands or simple thumbprints used in pottery should be termed ''proto-brands'' while other historians argue that the presence of these simple markings does not imply that mature brand management practices operated.

Scholarly studies have found evidence of branding, packaging, and labeling in antiquity. Archaeological evidence of potters' stamps has been found across the breadth of the Roman Empire and in ancient Greece. Stamps were used on bricks, pottery, and storage containers as well as on fine ceramics. Pottery marking had become commonplace in ancient Greece by the 6th century BCE. A vase manufactured around 490 BCE bears the inscription "Sophilos painted me", indicating that the object was both fabricated and painted by a single potter. Branding may have been necessary to support the extensive trade in such pots. For example, 3rd-century Gaulish pots bearing the names of well-known potters and the place of manufacture (such as Attianus of Lezoux, Tetturo of Lezoux and Cinnamus of Vichy) have been found as far away as Essex and Hadrian's Wall in England. English potters based at Colchester and Chichester used stamps on their ceramic wares by the 1st century CE. The use of hallmarks, a type of brand, on precious metals dates to around the 4th century CE. A series of five marks occurs on Byzantine silver dating from this period. Some of the earliest use of maker's marks, dating to about 1,300 BCE, have been found in India.