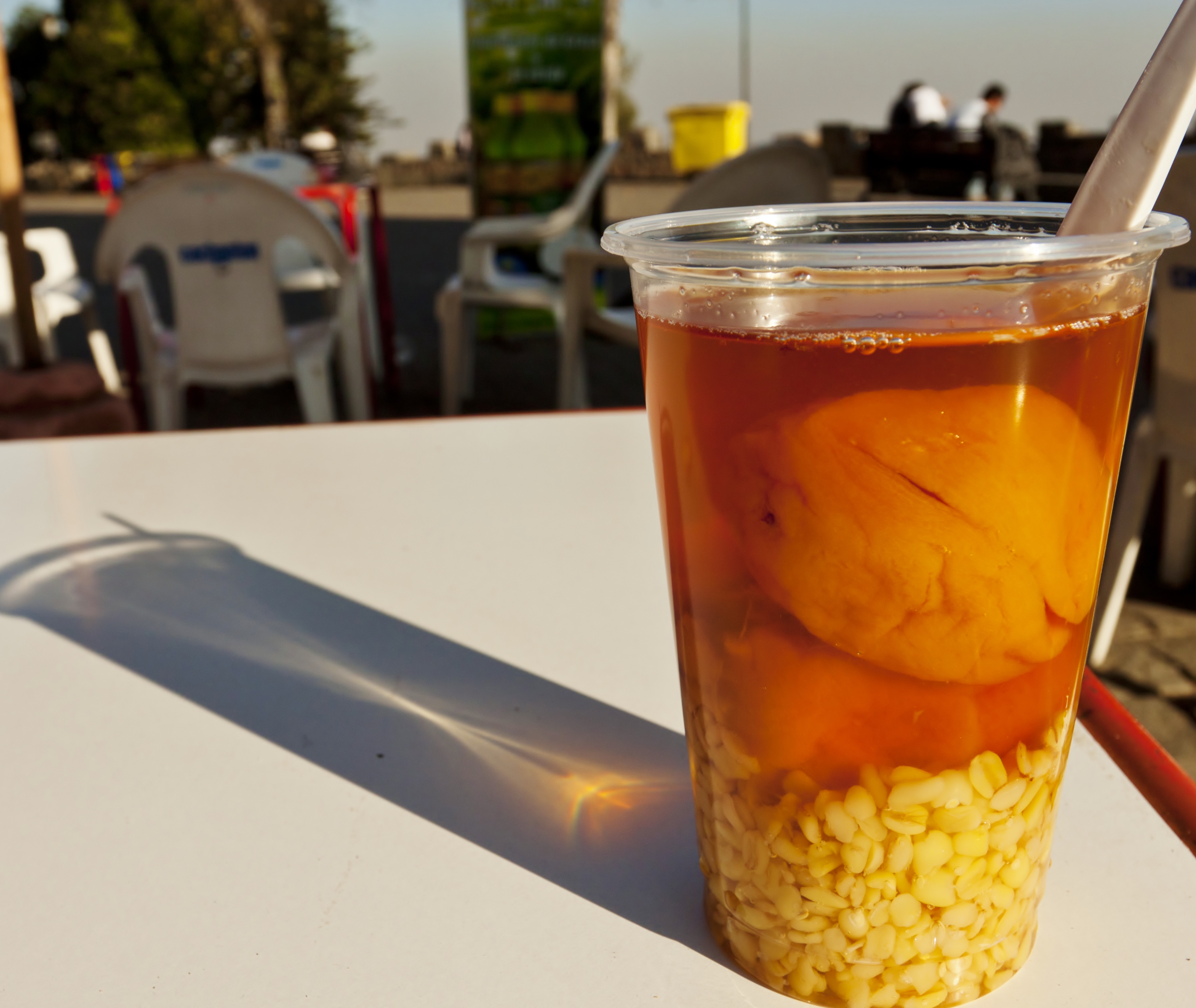 Chilean cuisine stems mainly from the combination of traditional Spanish cuisine, Chilean Mapuche culture and local ingredients, with later important influences from other European cuisines, particularly from Germany, Italy, the United Kingdom and France. The food tradition and recipes in Chile are notable for the variety of flavours and ingredients, with the country's diverse geography and climate hosting a wide range of agricultural produce, fruits and vegetables. The long coastline and the peoples' relationship with the Pacific Ocean add an immense array of seafood products to Chilean cuisine, with the country's waters home to unique species of fish, molluscs, crustaceans and algae, thanks to the oxygen-rich water carried in by the Humboldt Current. Chile is also one of the world's largest producers of wine and many Chilean recipes are enhanced and accompanied by local wines. Chilean cuisine also shares some similarities with Mediterranean cuisine, as the matorral region, stretching from 32° to 37° south, is one of the world's five Mediterranean climate zones.

With the arrival of the Spanish conquerors led by Pedro de Valdivia in 1540 came some of the products that would become staples of Chilean cuisine - wheat, pigs, sheep, cattle, chickens and wine - while the native peoples contributed potatoes, maize, beans, and seafood. Various combinations of these basic ingredients form the basis of most characteristic Chilean dishes. After the establishment of the colony, products and dishes like chuchoca (coarsely ground dry corn), Humitas, Locro and seaweeds like Cochayuyo and Luche served with boiled eggs became popular. Meals in colonial times tended to be heavy and rich. Lunch was always bigger than dinner, starting with a dish called “De Residencia” of fish, meat, or poultry, followed by a “Guiso” stew with Choclo (fresh sweet corn) and potatoes. There were 3 kinds of bread accompanying the meals: Tortilla de rescoldo, Spanish bread (made of fatty dough), and Chilean bread (flat and crunchy). Lunch and dinner ended with herbal infusions, generally Paico to help digestion, and finally fruit for dessert, mainly strawberries and Lucumas. In the seventeenth century, pastry was popularized by the nuns who baked it in convents. A popular Chilean saying, “tiene mano de monja” (“s/he has the hands of a nun”), comes from this period and refers to someone who is really good at baking or cooking in general. The nuns’ pastry recipes fast become popular among the rest of the Chilean population. During the same period, geese and turkeys arrived in Chile from Mexico and melons and watermelons came from Jamaica. During the eighteenth century, Chilean cuisine started to become more sophisticated, particularly among the aristocracy. Tea and coffee began to replace Mate, Chilean wine became popular and people started to drink chicha, a sweet, undistilled wine made from fermented grapes or apples. During the early years of Chilean independence, the so-called Patria Vieja, Chileans celebrated with empanadas, chicha and red wine, which is still traditional today at the annual celebrations of independence.

During the nineteenth century, Chile began to form its own identity and food became a part of this. Immigration, which had been limited and incidental at the beginning of the young republic, was now actively encouraged by the Chilean government between late nineteenth century and early 20th century. The variety of produce increased with the arrival of German immigrants in the south of the country, who had a strong influence on Chilean cuisine, even until today. They brought with them pork dishes, sausages and pastries. Today, Berliners and kuchens are common in bakeries throughout Chile. Italian immigrants contributed pasta and meat products, and in towns like Capitán Pastene in the south of Chile, they still prepare Prosciutto in the same way as the first Italian immigrants. In the twentieth century, French culture had a strong influence on Chile, including its cuisine (food : French gastronomy and techniques influenced the preparation of the food, and even replaced some dishes, for example the Spanish tortilla, which was replaced by the omelette. Along with the Italians, Germans, and French came Croatians, Greeks, Palestinians, Belgians and Basques. In the 21st century, Chile is a modern and prosperous country with strong economic growth bringing greater disposable income and the consequent development of a rich gastronomic industry. To some extent food consumption is related to blanqueamiento or whitening. For example, in Osorno, a Chilean city with a strong German heritage, consumption of desserts, marmelades and kuchens whitens the inhabitants of the city. While indigenous and raw dishes such a ñachi are associated with masculinity, European cuisine and specially desserts are considered feminine.