A boot, plural boots, is a type of specific footwear. Most boots mainly cover the foot and the ankle, while some also cover some part of the lower calf. Some boots extend up the leg, sometimes as far as the knee or even the hip. Most boots have a heel that is clearly distinguishable from the rest of the sole, even if the two are made of one piece. Traditionally made of leather or rubber, modern boots are made from a variety of materials. Boots are worn both for their functionality – protecting the foot and leg from water, extreme cold, mud or hazards (e.g., work boots may protect wearers from chemicals or use a steel toe) or providing additional ankle support for strenuous activities with added traction requirements (e.g., hiking), or may have hobnails on their undersides to protect against wear and to get better grip; and for reasons of style and fashion. In some cases, the wearing of boots may be required by laws or regulations, such as the regulations in some jurisdictions requiring workers on construction sites to wear steel-toed safety boots. Some uniforms include boots as the regulated footwear. Boots are recommended as well for motorcycle riders. High-top athletic shoes are generally not considered boots, even though they do cover the ankle, primarily due to the absence of a distinct heel. In Britain football (soccer) cleats are also called boots.

Early boots consisted of separate leggings, soles, and uppers worn together to provide greater ankle protection than shoes or sandals. Around 1000 BC, these components were more permanently joined to form a single unit that covered the feet and lower leg, often up to the knee. A type of soft leather ankle boots were worn by nomads in eastern Asia and carried to China to India and Russia around AD 1200 to 1500 by Mongol invaders. The Inuit and Aleut natives of Alaska developed traditional winter boots of caribou skin or sealskin featuring decorative touches of seal intestine, dog hair and suchlike. 17th century European boots were influenced by military styles, featuring thick soles and turnover tops that were originally designed to protect horse mounted soldiers. In the 1700s, distinctive, thigh-high boots worn by Hessian soldiers fighting in the American Revolutionary War influenced the development of the iconic heeled cowboy boots worn by cattlemen in the American west. 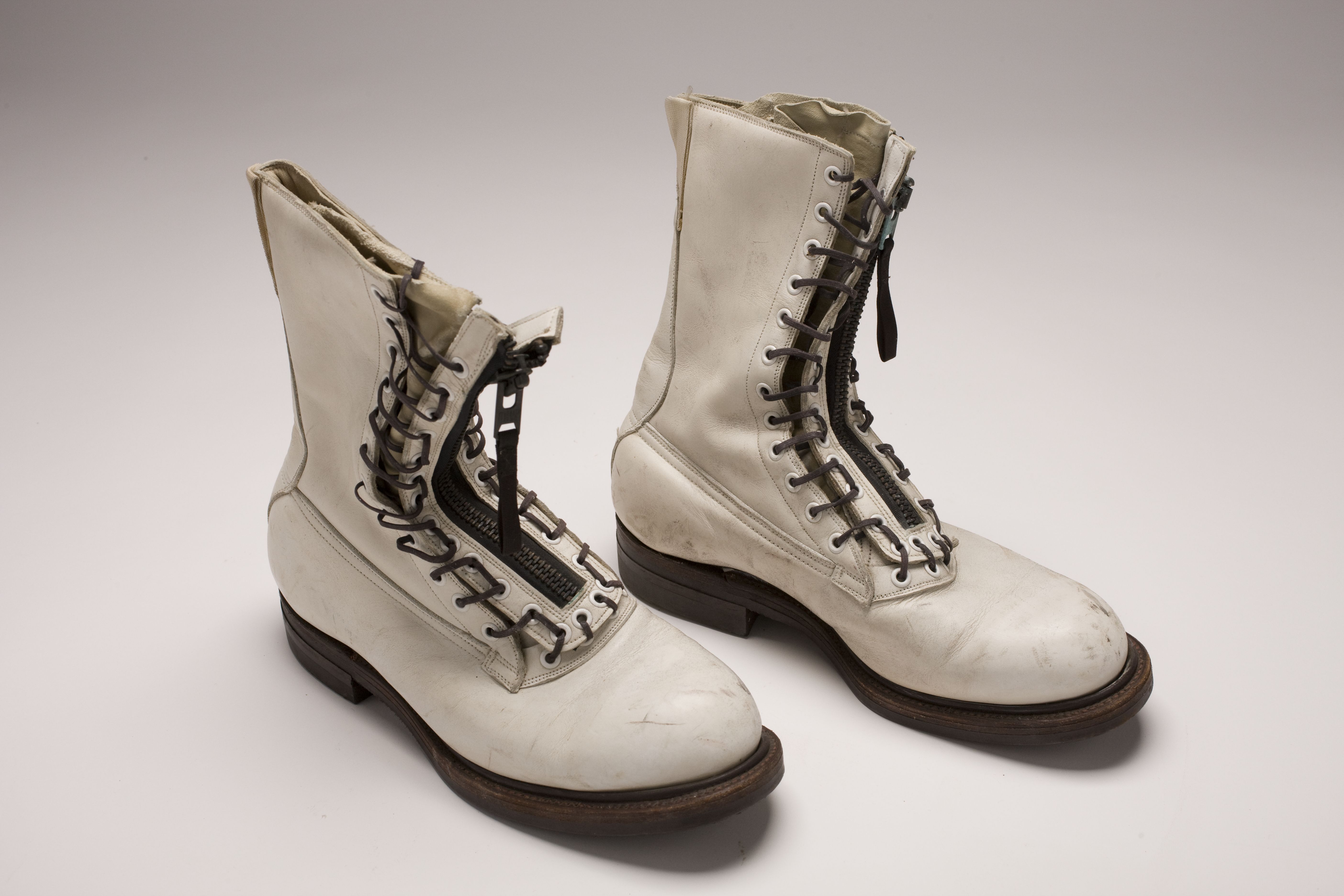 Boots which are designed for walking through snow, shallow water and mud may be made of a single closely stitched design (using leather, rubber, canvas, or similar material) to prevent the entry of water, snow, mud or dirt through gaps between the laces and tongue found in other types of shoes. Waterproof gumboots are made in different lengths of uppers. In extreme cases, thigh-boots called waders, worn by anglers, extend to the hip. Such boots may also be insulated for warmth. With the exception of gum boots, boots sold in general retail stores may be considered "water resistant," as they are not usually fully waterproof, compared to high-end boots for fishers or hikers. Speciality boots have been made to protect steelworkers' feet and calves if they accidentally step in puddles of molten metal, to protect workers from a variety of chemical exposure, to protect workers from construction site hazards and to protect feet from extreme cold (e.g., with insulated or inflatable boots for use in Antarctica). Most work boots are "laceups" made from leather. Formerly they were usually shod with hobnails and heel- and toe-plates, but now can usually be seen with a thick rubber sole, and often with steel toecaps. Boots are normally worn with socks to prevent chafes and blisters, to absorb sweat, to improve the foot's grip inside the boot, or to insulate the foot from the cold. Before socks became widely available, footwraps were worn instead. Specialty boots have been designed for many different types of sports, particularly riding, skiing, snowboarding, ice-skating, and sporting in wet/damp conditions.

Fashion and fetish use

Bovver boots, Doc Martens boots and army boots were adopted by skinheads and punks as part of their typical dress and have migrated to more mainstream fashion, including women's wear. As a more rugged alternative to dress shoes, dress boots may be worn (though these can be more formal than shoes). Fashionable boots for women may exhibit all the variations seen in other fashion footwear: tapered or spike heels, platform soles, pointed toes, zipper closures and the like. The popularity of boots as fashion footwear ebbs and flows. Singer Nancy Sinatra popularized the fad of women wearing boots in the late 1960s with her song "These Boots Are Made for Walkin'". They were popular in the 1960s and 1970s (particularly knee-high boots), but diminished in popularity towards the end of the 20th century. In the 2010s, they experienced a resurgence in popularity, especially designs with a long bootleg. Boot bolos, boot bracelets, boot straps, boot chains, and boot harnesses are used to decorate boots. Sandal boots also exist. 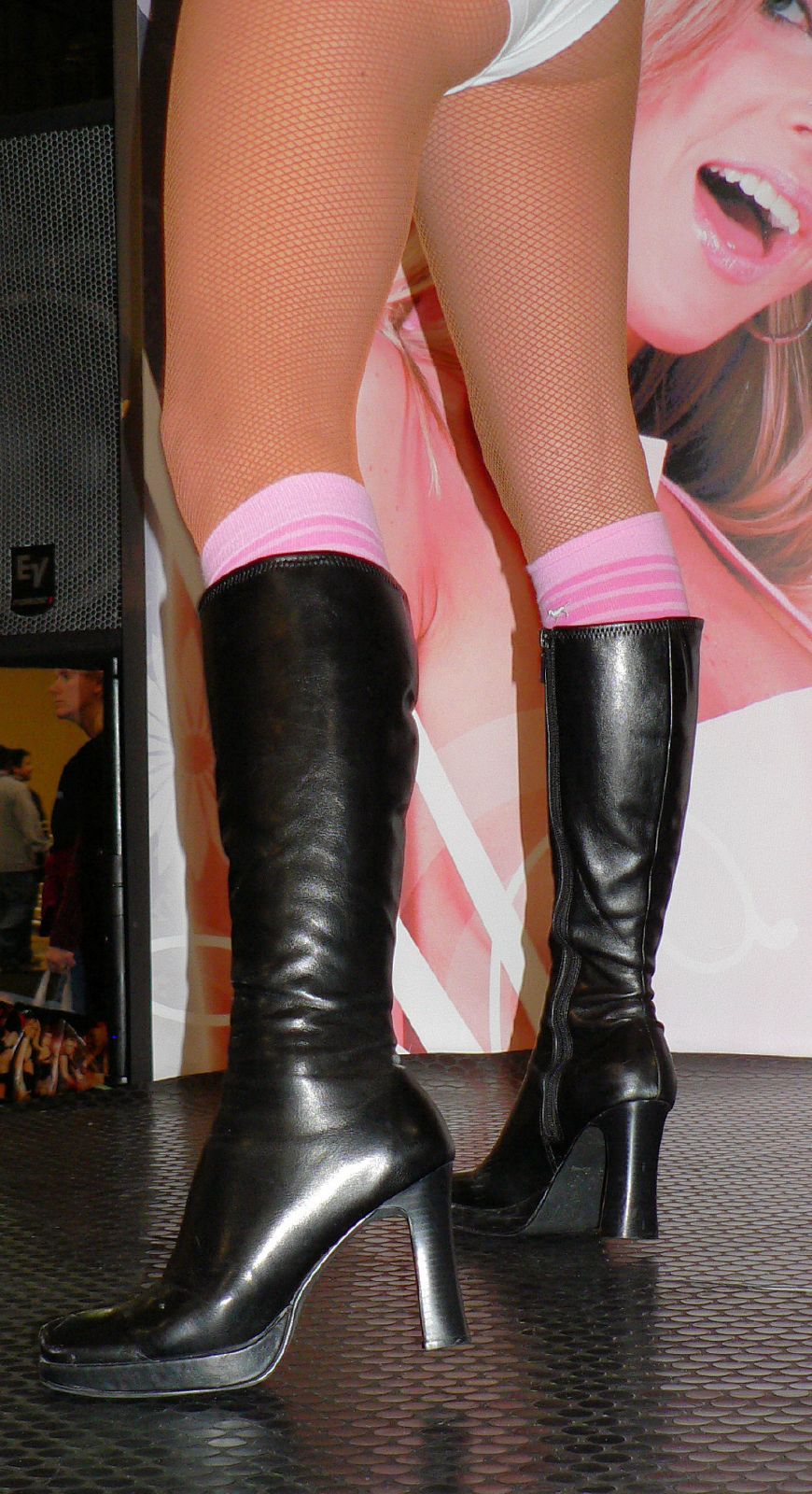 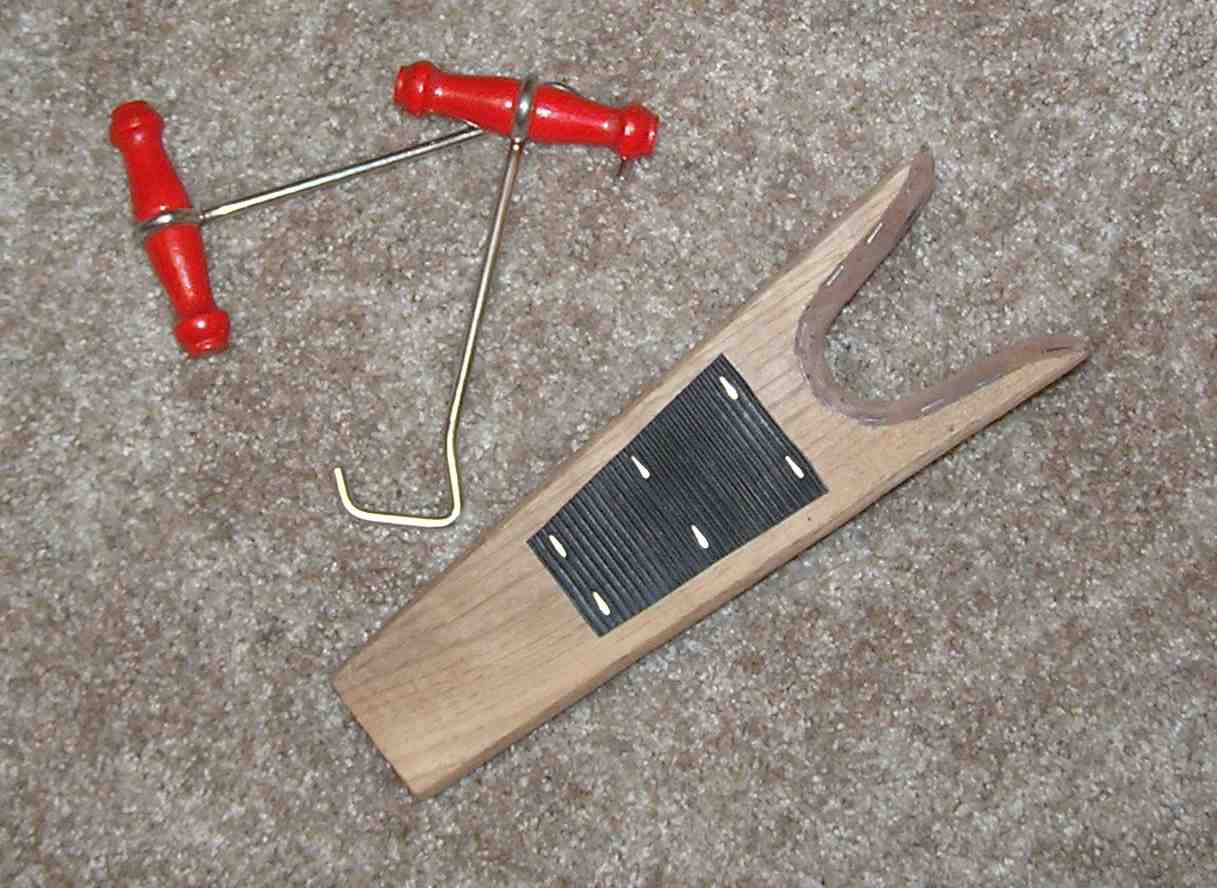 * Spats * Boot jack * For the parts of a boot, see Hiking boot#Parts

As boots have been used by riders for millennia, they were used by knights. As a consequence, albeit not common, boots came to be used as charges in heraldry. Because of the origin of heraldry as insignia used by mounted warriors like the medieval knights, when boots are used in heraldry, they are often displayed as riding boots, even if the blazon might not specify it as such. They are sometimes adorned with spurs, which may or may not have another tincture (colour) than the boot and the background field. Boots were also used in coats of arms of shoemakers' guilds and in shop signs outside their shops.

*Boots that are particularly old and well worn, or a similarly tough item are referred to as being tough and strong with the phrase "tough as old boots." *A discarded boot may be used in the construction of a musical instrument known as the ''"mendoza."'' *Tall (high) boots may have a tab, loop or handle at the top known as a bootstrap, allowing one to use fingers or a tool to provide better leverage in getting the boots on. The figurative use "to pull one's self up by one's bootstraps" in the sense of "ability to perform a difficult task without external help" developed in the 19th century in US English. The term "bootstrapping" was subsequently used in a metaphorical sense in a number of fields, notably computing (which uses the term "bootup" to describe the process of starting a computer and in entrepreneurship, which uses the term "bootstrapping" to describe start-up companies which are launched without major external financing. *To "die with one's boots on" means to die while one is still actively involved in work or to go down fighting. Popularized by Wild West movies. *Boot camp: a colloquial term for the initial recruit training of a new recruit enlisting in a military organization or armed force. In this context, a "boot" is just such a recruit. *Stormtroopers and other agents of authority or units used for political strongarm tactics such as intimidation are typically referred to by their detractors as "jackbooted thugs," a reference to the hobnailed military jackboot of the World War I German Stormtrooper and later Nazi uniform. Authoritarian rule, either by hostile military forces, or by groups of armed intimidators, is imposed by "jackboot tactics." *To "give one the boot" means to kick one out (of a job, a club, etc.) or expel one, either literally or figuratively. *To "put the boot in" is an idiom for inflicting violence on someone. *"The boot is on the other foot now" means that a situation has become reversed—a previous victor is now losing, for example. *Wearing "seven-league boots" references a classic children's fairy tale and indicates that a person or company can cover great distances, figuratively or literally, in a single stride. *To "shake/quake in one's boots" means to be very frightened, and is mostly used sarcastically. *"Knocking boots" is slang for having sex, regardless of whether either person is wearing boots. *The country of Italy is referred to as "lo Stivale" (the Boot) due to its shape. 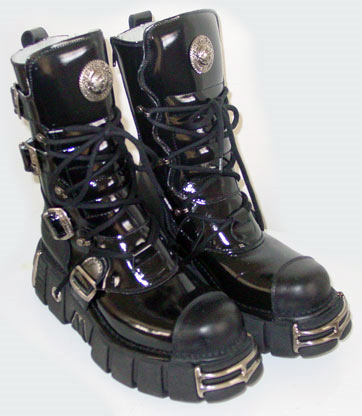