Baise (; local pronunciation: ), or Bose, is the westernmost prefecture-level city of Guangxi, China bordering Vietnam as well as the provinces of Guizhou and Yunnan. The city has a population of 4.3 million, of which 1.4 million live in the urban area. The name is from Youjiang Zhuang Baksaek, meaning "in, or blocking, a mountain pass". The name Bwzswz is the Zhuang transliteration of the Chinese name. 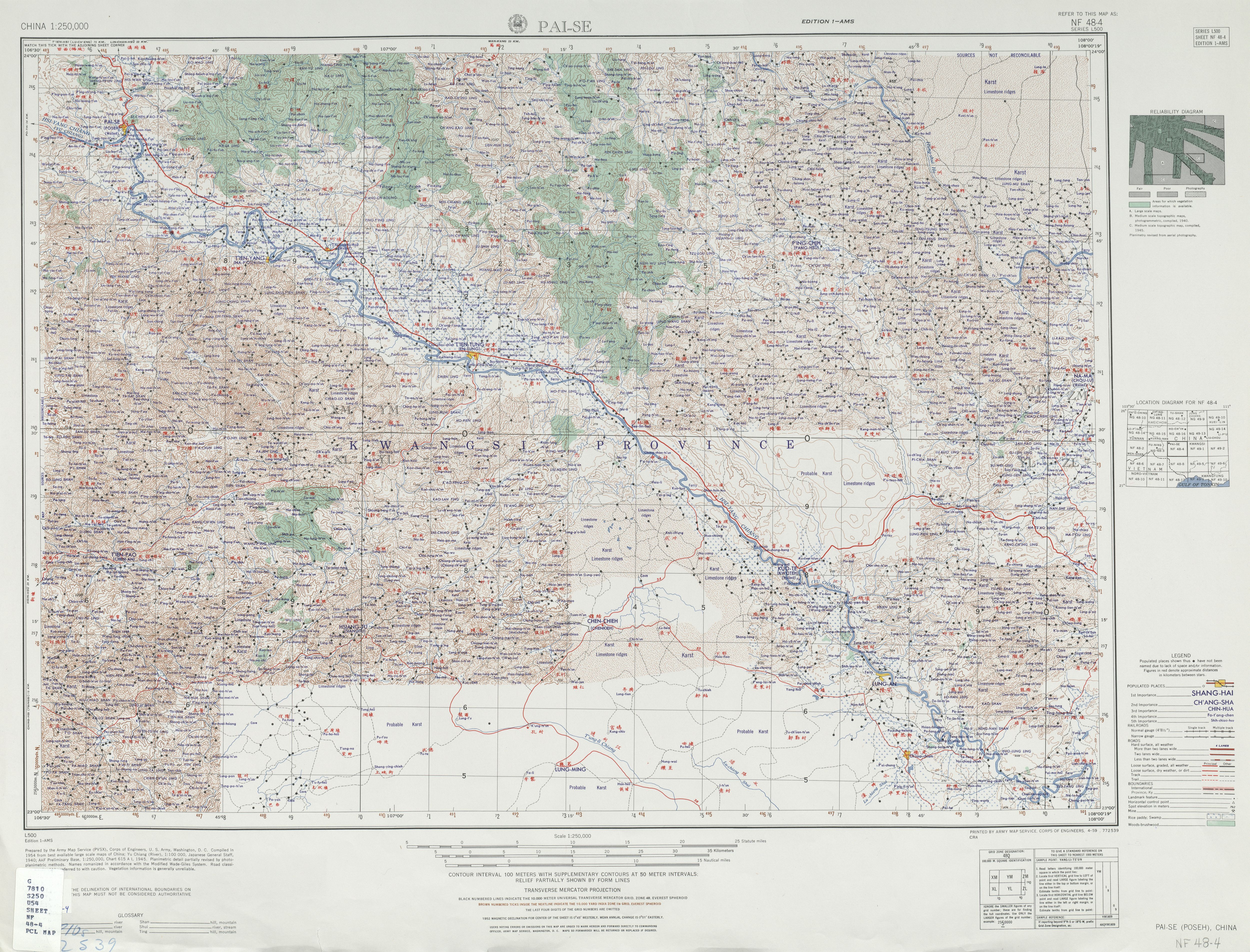 Baise is located in western-northwestern Guangxi bordering Qianxinan Buyei and Miao Autonomous Prefecture (Guizhou) to the north, Qujing and Wenshan Zhuang and Miao Autonomous Prefecture of Yunnan to the west, the Vietnamese provinces of Hà Giang and Cao Bằng to the south and southwest, and the Guangxi cities of Hechi to the northeast/east, Nanning to the east, and Chongzuo to the southeast. It is centrally located between three provincial capitals: Nanning, Kunming, and Guiyang. Its area is and is more than 55% forested. Baise has a monsoon-influenced, humid subtropical climate (Köppen ''Cwa''), with short, mild, and dry winters, and long, very hot and humid summers. The monthly 24-hour average temperature ranges from in January to in July, for an annual mean of . Rainfall is low compared to more easterly locations in Guangxi, averaging around per annum, a majority of which occurs from June to August. There are 1,706 hours of bright sunshine annually. Significant temperature variation exists in the prefecture; the western parts, with an average elevation surpassing , lie along the southeastern fringes of the Yunnan–Guizhou Plateau, and hold a climate similar to that of central Yunnan, with much more moderate summer temperatures. With monthly percent possible sunshine ranging from 25% in January and February to 49% in August, the city receives 1,706 hours of bright sunshine annually.

The name of the city Baise is a Chinese transliteration of its original name in Youjiang Zhuang language, Baksaek, which probably means jammed gap (literally mouth() blocked (saek)). Baise is young by Chinese standards and was founded as a town in 1730. It is the town where Deng Xiaoping, Chen Haoren and other leaders of the Chinese Communist Party organized an uprising against the Nationalist government on December 11, 1929. The uprising was also named Youjiang Rebellion.

Baise is blessed with beautiful natural scenery. Forested mountains harbor numerous species of plants and animals. The border areas are some of the least developed lands left in China. These features along with unique ethnic minority culture and important historical sites make it a growing tourist destination.