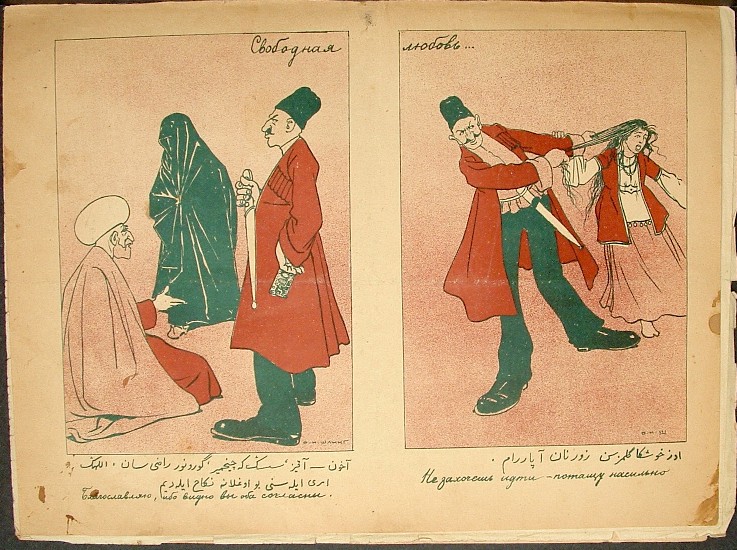 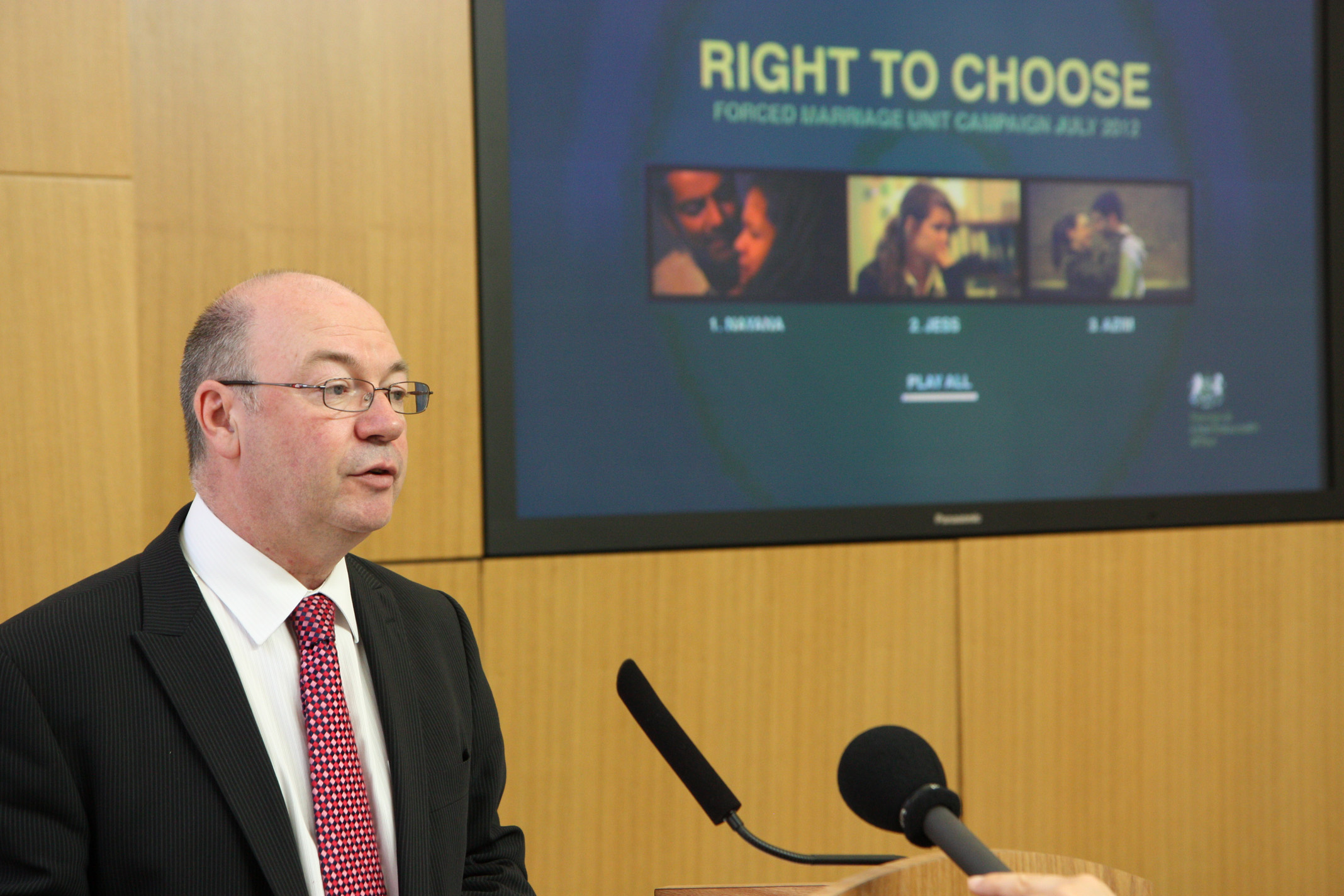 A forced marriage differs from an arranged marriage, in which both parties presumably consent to the assistance of their parents or a third party such as a matchmaker in finding and choosing a spouse. There is often a continuum of coercion used to compel a marriage, ranging from outright physical violence to subtle psychological pressure. Though now widely condemned by international opinion, forced marriages still take place in various cultures across the world, particularly in parts of South Asia and Africa. Some scholars object to use of the term "forced marriage" because it invokes the consensual legitimating language of marriage (such as husband/wife) for an experience that is precisely the opposite. A variety of alternative terms have been proposed, including "forced conjugal association" and "conjugal slavery". The United Nations views forced marriage as a form of human rights abuse, since it violates the principle of the freedom and autonomy of individuals. The Universal Declaration of Human Rights states that a person's right to choose a spouse and enter freely into marriage is central to their life and dignity, and their equality as a human being. The Roman Catholic Church deems forced marriage grounds for granting an annulment—for a marriage to be valid both parties must give their consent freely. The Supplementary Convention on the Abolition of Slavery also prohibits marriage without right to refusal by both parties and requires a minimum age for marriage to prevent this. In 2009, the Special Court for Sierra Leone's (SCSL) Appeals Chamber found the abduction and confinement of women for "forced marriage" in war to be a new crime against humanity (AFRC decision). The SCSL Trial Chamber in the Charles Taylor decision found that the term 'forced marriage' should be avoided and rather described the practice in war as 'conjugal slavery' (2012). In 2013, the first United Nations Human Rights Council resolution against child, early, and forced marriages was adopted; the resolution recognizes child, early, and forced marriage as involving violations of human rights which "prevents individuals from living their lives free from all forms of violence and that has adverse consequences on the enjoyment of human rights, such as the right to education, ndthe right to the highest attainable standard of health including sexual and reproductive health", and also states that "the elimination of child, early and forced marriage should be considered in the discussion of the post-2015 development agenda." The elimination of this harmful practice is one of the targets of the United Nations Sustainable Development Goal 5.

Arranged marriages were very common throughout the world until the 18th century. Typically, marriages were arranged by parents, grandparents or other relatives. The actual practices varied by culture, but usually involved the legal transfer of dependency of the woman from her father to the groom. The movement towards emancipation of women in the 19th and 20th centuries led to major changes to marriage laws, especially in regard to property and economic status. By the mid-20th century, many Western countries had enacted legislation establishing legal equality between spouses in family law. The period of 1975–1979 saw a major overhaul of family laws in countries such as Italy, Spain, Austria, West Germany, and Portugal. In 1978, the Council of Europe passed the ''Resolution (78) 37 on equality of spouses in civil law''. Among the last European countries to establish full gender equality in marriage were Switzerland, Greece, Spain, the Netherlands, and France in the 1980s. An arranged marriage is not the same as a forced marriage: in the former, the spouse has the possibility to reject the offer; in the latter, they do not. The line between arranged and forced marriage is however often difficult to draw, due to the implied familial and social pressure to accept the marriage and obey one's parents in all respects. The rejection of an offer to marry was sometimes seen as a humiliation of the prospective groom and his family. In Europe, during the late 18th century and early 19th century, the literary and intellectual movement of romanticism presented new and progressive ideas about love marriage, which started to gain acceptance in society. In the 19th century, marriage practices varied across Europe, but in general, arranged marriages were more common among the upper class. Arranged marriages were the norm in Russia before early 20th century, most of which were endogamous. Child marriages were common historically, but began to be questioned in the 19th and 20th century. Child marriages are often considered to be forced marriages, because children (especially young ones) are not able to make a fully informed choice whether or not to marry, and are often influenced by their families. In Western countries, during the past decades, the nature of marriage—especially with regard to the importance of marital procreation and the ease of divorce—has changed dramatically, which has led to less social and familial pressure to get married, providing more freedom of choice in regard to choosing a spouse. Historically, forced marriage was also used to require a captive (slave or prisoner of war) to integrate with the host community, and accept their fate. One example is the English blacksmith John R. Jewitt, who spent three years as a captive of the Nootka people on the Pacific Northwest Coast in 1802–1805. He was ordered to marry, because the council of chiefs thought that a wife and family would reconcile him to staying with his captors for life. Jewitt was given a choice between forced marriage for himself and capital punishment for both him and his "father" (a fellow captive). "Reduced to this sad extremity, with death on the one side, and matrimony on the other, I thought proper to choose what appeared to me the least of the two evils" (p154). Forced marriage was also practiced by authoritarian governments as a way to meet population targets. The Khmer Rouge regime in Cambodia systematically forced people into marriages, in order to increase the population and continue the revolution.

These marriage ceremonies consisted of no fewer than three couples and could be as large as 160 couples. Generally, the village chief or a senior leader of the community would approach both parties and inform them that they were to be married and the time and place the marriage would occur. Often, the marriage ceremony would be the first time the future spouses would meet. Parents and other family members were not allowed to participate in selecting the spouse or to attend the marriage ceremony. The Khmer Rouge maintained that parental authority was unnecessary because it "wsto be everyone's 'mother and father.'"

Raptio is a Latin term referring to the ''large scale abduction of women'', (kidnapping) either for marriage or enslavement (particularly sexual slavery). The practice is surmised to have been common since anthropological antiquity. In the 21st century, forced marriages have come to attention in European countries, within the context of immigration from cultures in which they are common. The Istanbul Convention prohibits forced marriages (see Article 37).

Supplementary Convention on the Abolition of Slavery

The 1956 Supplementary Convention on the Abolition of Slavery, the Slave Trade, and Institutions and Practices Similar to Slavery defines "institutions and practices similar to slavery" to include: c) Any institution or practice whereby: *(i) A woman, without the right to refuse, is promised or given in marriage on payment of a consideration in money or in kind to her parents, guardian, family or any other person or group; or *(ii) The husband of a woman, his family, or his clan, has the right to transfer her to another person for value received or otherwise; or *(iii) A woman on the death of her husband is liable to be inherited by another person;

There are numerous factors which can lead to a culture which accepts and encourages forced marriages. Reasons for performing forced marriages include: strengthening extended family links; controlling unwanted behavior and sexuality; preventing 'unsuitable' relationships; protecting and abiding by perceived cultural or religious norms; keeping the wealth in the extended family; dealing with the consequences of pregnancy out of wedlock; considering the contracting of a marriage as the duty of the parents; obtaining a guarantee against poverty; aiding immigration.