A drug cartel is any criminal organization with the intention of supplying drug trafficking operations. They range from loosely managed agreements among various drug traffickers to formalized commercial enterprises. The term was applied when the largest trafficking organizations reached an agreement to coordinate the production and distribution of cocaine. Since that agreement was broken up, drug cartels are no longer actually cartels, but the term stuck and it is now popularly used to refer to any criminal narcotics related organization. The basic structure of a drug cartel is as follows: * Falcons (Spanish: ''Halcones''): Considered as the "eyes and ears" of the streets, the "falcons" are the lowest rank in any drug cartel. They are responsible for supervising and reporting the activities of the police, the military, and rival groups. * Hitmen (Spanish: ''Sicarios''): The armed group within the drug cartel, responsible for carrying out assassinations, kidnappings, thefts, and extortions, operating protection rackets, and defending their ''plaza'' (turf) from rival groups and the military. * Lieutenants (Spanish: ''Tenientes''): The second highest position in the drug cartel organization, responsible for supervising the hitmen and falcons within their own territory. They are allowed to carry out low-profile murders without permission from their bosses. * Drug lords (Spanish: ''Capos''): The highest position in any drug cartel, responsible for supervising the entire drug industry, appointing territorial leaders, making alliances, and planning high-profile murders. There are other operating groups within the drug cartels. For example, the drug producers and suppliers, although not considered in the basic structure, are critical operators of any drug cartel, along with the financiers and money launderers. In addition, the arms suppliers operate in a completely different circle, and are technically not considered part of the cartel's logistics. 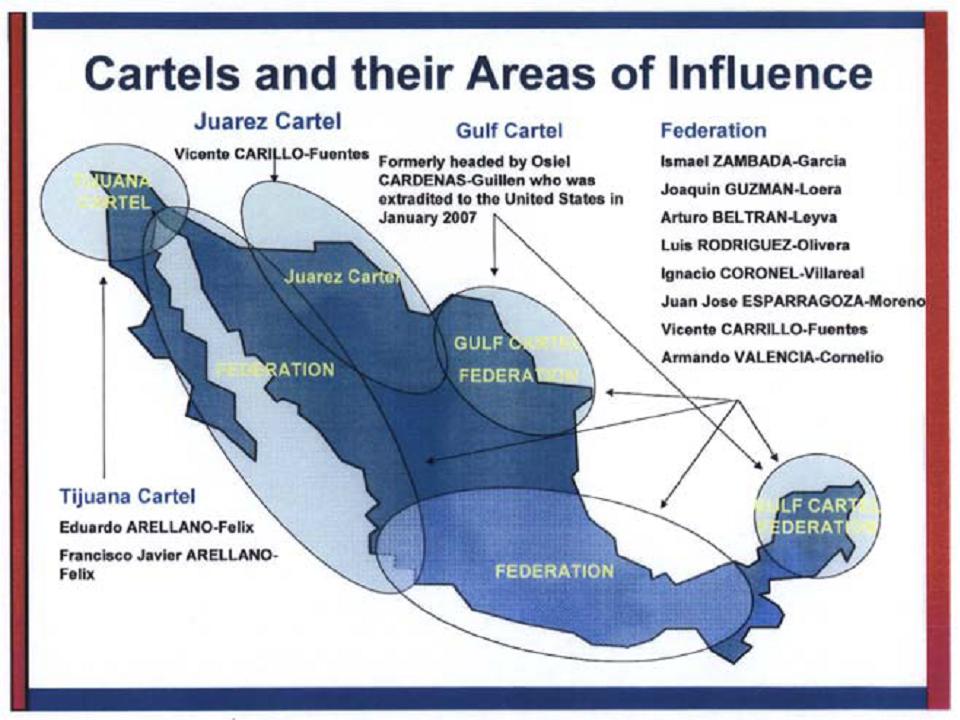 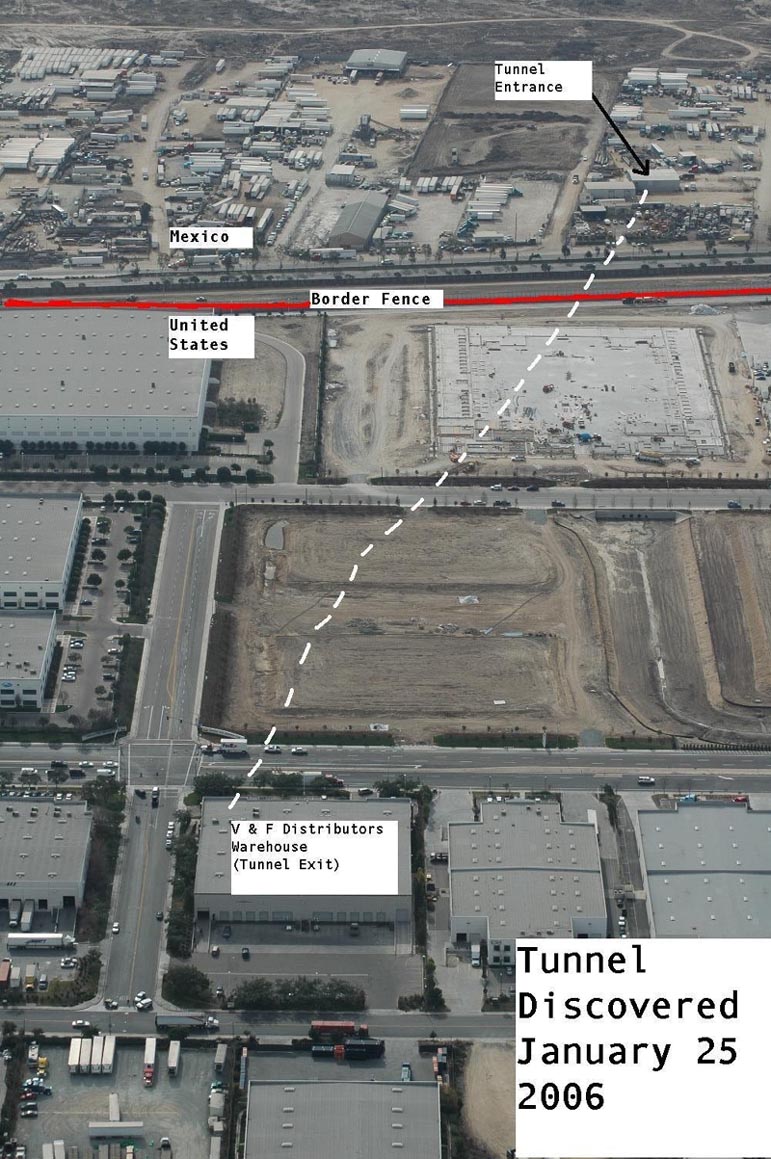 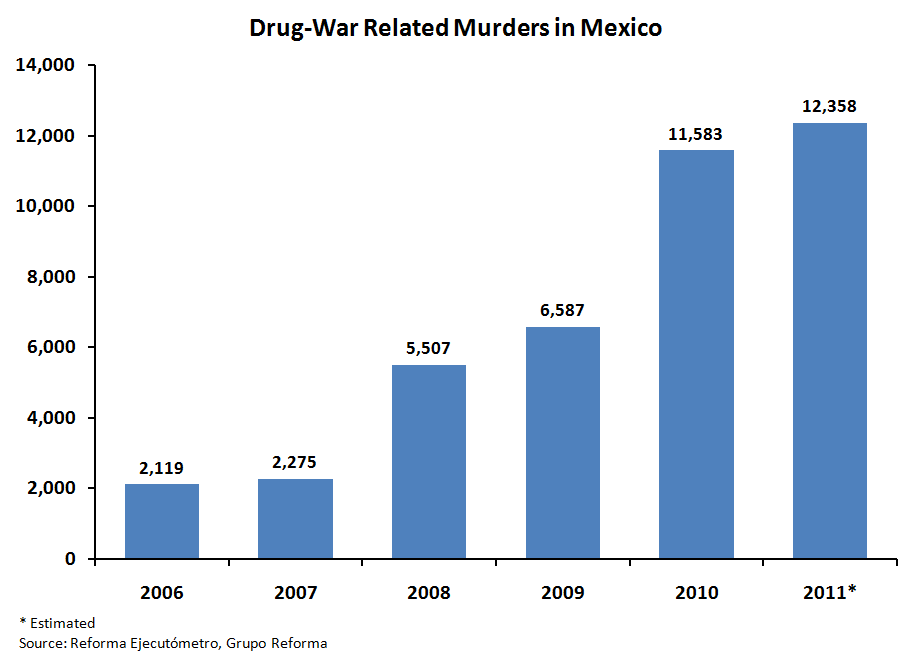 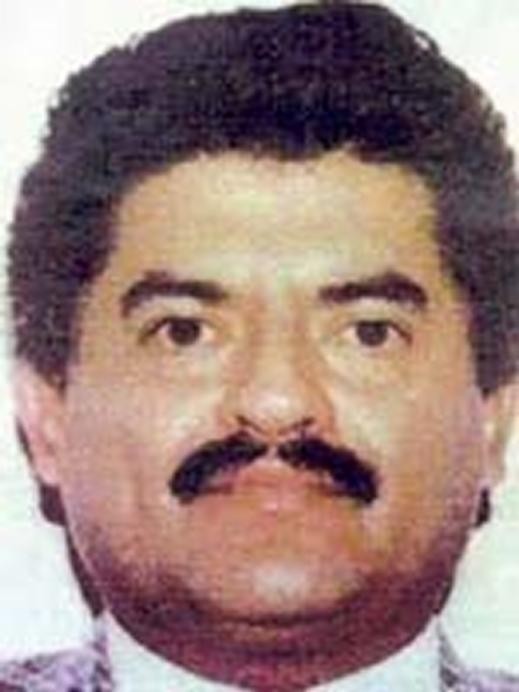 = Italian immigrants to the United States in the early 19th century formed various small-time gangs which gradually evolved into sophisticated crime syndicates which dominated organized crime in America for several decades. Although government crackdowns and a less-tightly knit Italian-American community have largely reduced their power, they remain an active force in the underworld.

Historically Venezuela has been a path to the United States for illegal drugs originating in Colombia, through Central America and Mexico and Caribbean countries such as Haiti, the Dominican Republic, and Puerto Rico. According to the United Nations, there has been an increase of cocaine trafficking through Venezuela since 2002. In 2005, Venezuela severed ties with the United States Drug Enforcement Administration (DEA), accusing its representatives of spying. Following the departure of the DEA from Venezuela and the expansion of DEA's partnership with Colombia in 2005, Venezuela became more attractive to drug traffickers. Between 2008 and 2012, Venezuela's cocaine seizure ranking among other countries declined, going from being ranked fourth in the world for cocaine seizures in 2008 to sixth in the world in 2012. The cartel groups involved include: * The Cuntrera-Caruana Mafia clan moved to Venezuela, which became an important hideout as the clan bought hotels and founded various businesses in Caracas and Valencia, as well as an extended ranch in Barinas, near the Colombian border. ''"Venezuela has its own Cosa Nostra family as if it is Sicilian territory,"'' according to the Italian police. ''"The structure and hierarchy of the Mafia has been entirely reproduced in Venezuela."'' The Cuntrera-Caruana clan had direct links with the ruling Commission of the Sicilian Mafia, and are acknowledged by the American Cosa Nostra.