Westerville is a city in Franklin and Delaware counties in the U.S. state of Ohio. A northeastern suburb of Columbus, the population was 36,120 at the 2010 census. Westerville is the home of Otterbein University. Westerville was once known as "The Dry Capital of the World" for its strict laws prohibiting sales of alcohol and for being the home of the Anti-Saloon League, one of the driving forces behind Prohibition at the beginning of the 20th century.

Cultures have inhabited the Westerville area for several millennia. Paleo-Indians and their successor cultures inhabited the area between Big Walnut Creek and Alum Creek. The Wyandot were the primary inhabitants by the time Europeans arrived, living along Alum Creek. They were forced out of Ohio in 1843.

The land that is today Westerville was settled by those of European ancestry around 1810. In 1818, Matthew, Peter, and William Westervelt, settlers of Dutch extraction, migrated to the area from New York. Matthew Westervelt donated land for the construction of a Methodist church in 1836, and the settlement was subsequently named in the family's honor. In 1839, the Blendon Young Men's Seminary was chartered in Westerville; Matthew Westervelt was one of its first trustees. The Church of the United Brethren in Christ bought the seminary in 1846, and the next year the seminary was reformed, and renamed Otterbein College after the church's founder Philip William Otterbein. It continues today in Westerville as the private Otterbein University. Westerville was platted by 1856, and officially incorporated in August 1858. The town's population in that year was 275. Throughout the Antebellum era, several homes in Westerville were stations on the Underground Railroad. Among these is the Hanby House, located one block from the college. Benjamin Russell Hanby had moved to Westerville in 1849, at the age of sixteen, to enroll at Otterbein University. Hanby went on to write many familiar hymns and songs, among them "Darling Nelly Gray" (inspired by his sympathy for Southern slaves), "Who is He in Yonder Stall?", and the Christmas favorite "Up On The Housetop". His home in Westerville, listed on the National Register of Historic Places, was dedicated as a museum in 1937 and is now owned by the Ohio Historical Society and managed locally by the Westerville Historical Society. It is the only state memorial to a composer in the state of Ohio.

"Dry Capital of the World"

An 1859 town ordinance prohibited sales of alcohol in Westerville. By the 1870s, a burgeoning conflict between pro- and anti-temperance forces boiled over into the so-called "Westerville Whiskey Wars". Twice, in 1875 and 1879, businessman Henry Corbin opened a saloon in Westerville, and each time the townspeople blew up his establishment with gunpowder. Westerville's reputation for temperance was so significant that in 1909 the Anti-Saloon League moved its national headquarters from Washington, D.C. to Westerville. The League, at the forefront of the Prohibition movement, gained its greatest triumph when the Eighteenth Amendment to the United States Constitution was ratified in 1919. The League printed so many leaflets in support of temperance and prohibition—over 40 tons of mail per month—that Westerville, by then known as "The Dry Capital of the World", was the smallest town in the nation to have a first class post office. The League's Westerville headquarters was given to the Westerville Public Library in 1973 and now serves as a museum attached to the library. After Prohibition ended, Westerville remained dry for most of the twentieth century.

In 1916, Westerville became the first village (and second municipality) in Ohio to adopt a Council-manager government|council-manager form of government, in which a city council makes policy but the town's administrative and many of its executive governmental functions are vested in an appointed, professional manager. Westerville retains the council-manager system to the present day. The city elects seven council members at large for four-year terms; the council selects from among its own a member to serve as mayor, vice mayor, chair, and vice chair. Under the City Charter, the mayor is only "the ceremonial head of the government" of the city. The council additionally selects the city manager, who serves indefinitely. In 2007, David Collinsworth replaced David Lindimore as city manager after the latter's tenure of twenty-two years. In 1995, the city annexed 941 non-dry acres of land to its north, which included several alcohol-selling businesses. Subsequently, voters have approved alcohol sales in old Westerville at a number of establishments through site-specific local options. In 2006 Michael's Pizza served the first beer in Uptown Westerville in over 70 years. On October 15, 2019, Westerville hosted the fourth 2020 Democratic Primary Presidential Debate which had over 12 candidates on stage. To date, it is the largest primary debate in American history. 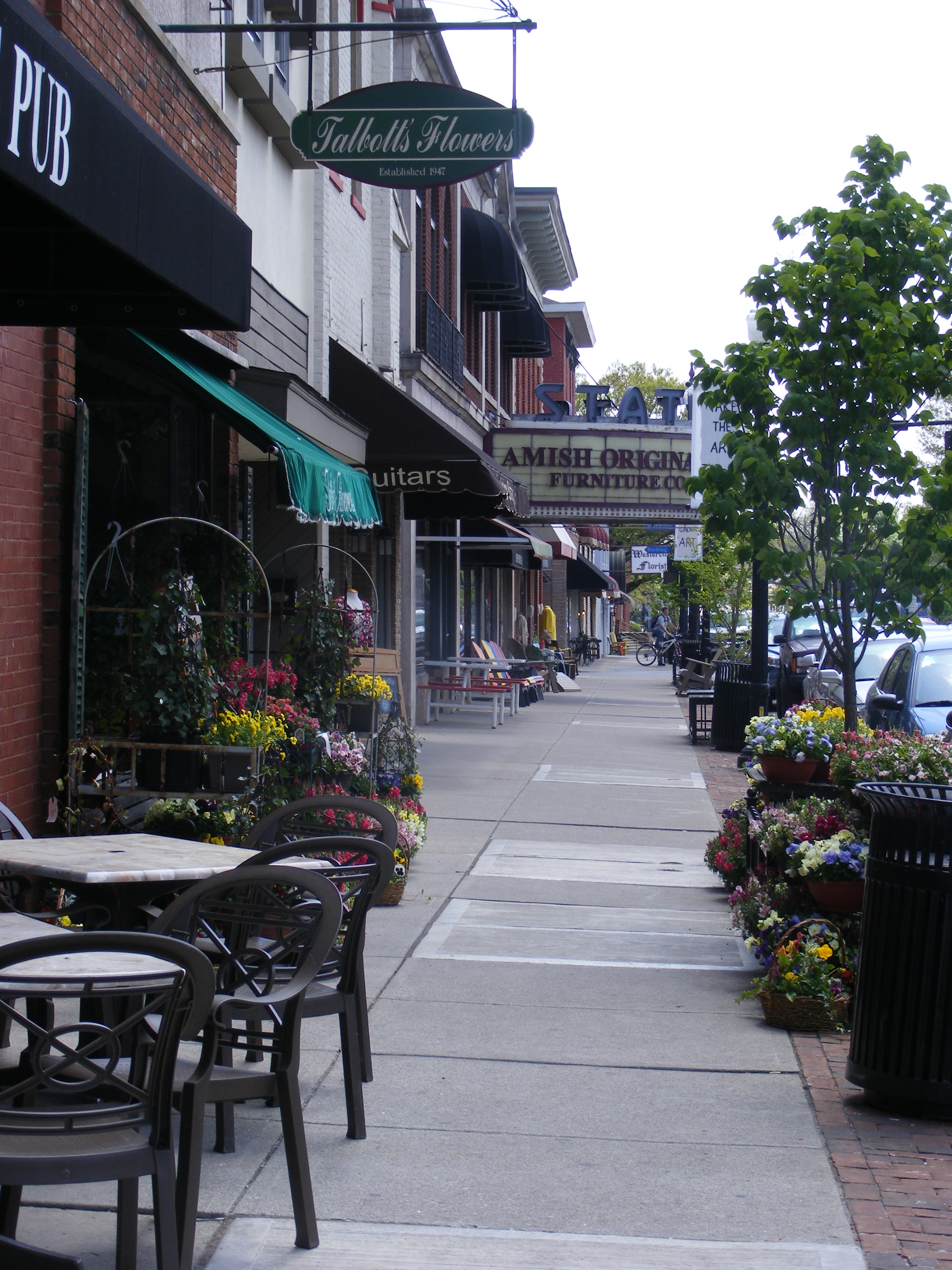 In the early days before the town's incorporation, Westerville was connected to Columbus by a plank road with a toll of ten cents. Today, Westerville borders Interstate 71 and Interstate 270 (the Columbus Outerbelt), expressways that connect it with Columbus and other suburbs. Via the interstates, central Westerville is from downtown Columbus and from John Glenn Columbus International Airport, Central Ohio's primary terminal for air passengers. State Route 3, the "3-C Highway" which connects Cleveland, Columbus, and Cincinnati, is the chief north–south thoroughfare of the old town center, known as Uptown Westerville, through which it is called State Street. Streetcars plied the avenues of Westerville from the late nineteenth century but service was discontinued in 1929. Today, Westerville offers little in the way of public transportation. The city itself operates no public buses, but the Central Ohio Transit Authority (COTA) serves Westerville with five bus lines.

T. Marzetti Company and its parent Lancaster Colony Corporation, as well as Mac Tools are headquartered in Westerville.

According to Westerville's 2017 Comprehensive Annual Financial Report, the top employers in the city are: