Marriage, also called matrimony or wedlock, is a culturally recognised union between people, called spouses, that establishes rights and obligations between them, as well as between them and their children, and between them and their in-laws. It is considered a cultural universal, but the definition of marriage varies between cultures and religions, and over time. Typically, it is an institution in which interpersonal relationships, usually sexual, are acknowledged or sanctioned. In some cultures, marriage is recommended or considered to be compulsory before pursuing any sexual activity. A marriage ceremony is called a wedding. Individuals may marry for several reasons, including legal, social, libidinal, emotional, financial, spiritual, and religious purposes. Whom they marry may be influenced by gender, socially determined rules of incest, prescriptive marriage rules, parental choice and individual desire. In some areas of the world arranged marriage, child marriage, polygamy, and forced marriage, are practiced. In other areas such practices are outlawed to preserve women's rights or children's rights (both female and male) or as a result of international law. Marriage has historically restricted the rights of women, who are sometimes considered the property of the husband. Around the world, primarily in developed democracies, there has been a general trend towards ensuring equal rights for women within marriage (including abolishing coverture, liberalizing divorce laws, and reforming reproductive and sexual rights) and legally recognizing the marriages of interfaith, interracial, and same-sex couples. Controversies continue regarding the legal status of married women, leniency towards violence within marriage, customs such as dowry and bride price, forced marriage, marriageable age, and criminalization of premarital and extramarital sex. Marriage can be recognized by a state, an organization, a religious authority, a tribal group, a local community, or peers. It is often viewed as a contract. When a marriage is performed by a religious institution, it is a religious marriage. Religious marriage recognizes and creates the rights and obligations intrinsic to matrimony in the eyes of that religion. Religious marriage is known variously as sacramental marriage in Catholicism, nikah in Islam, nissuin in Judaism, and various other names in other faith traditions, each with their own constraints as to what constitutes, and who can enter into, a valid religious marriage. When a marriage is performed and carried out by a government institution in accordance with the marriage laws of the jurisdiction, without religious content, it is a civil marriage. Civil marriage recognizes and creates the rights and obligations intrinsic to matrimony in the eyes of the state. Some countries do not recognize locally performed religious marriage on its own, and require a separate civil marriage for official purposes. Conversely, civil marriage does not exist in some countries governed by a religious legal system, such as Saudi Arabia, where marriages contracted abroad might not be recognized if they were contracted contrary to Saudi interpretations of Islamic religious law. In countries governed by a mixed secular-religious legal system, such as Lebanon and Israel, locally performed civil marriage does not exist within the country, which prevents interfaith and various other marriages that contradict religious laws from being entered into in the country; however, civil marriages performed abroad may be recognized by the state even if they conflict with religious laws. For example, in the case of recognition of marriage in Israel, this includes recognition of not only interfaith civil marriages performed abroad, but also overseas same-sex civil marriages. Most sovereign states and other jurisdictions limit legally recognized marriage to opposite-sex couples and a diminishing number of these permit polygyny, child marriages, and forced marriages. In modern times, a growing number of countries, primarily developed democracies, have lifted bans on, and have established legal recognition for, the marriages of interfaith, interracial, and same-sex couples. In some areas, child marriages and polygamy may occur in spite of national laws against the practice.

The word "marriage" derives from Middle English ''mariage'', which first appears in 1250–1300 CE. This, in turn, is derived from Old French, ''marier'' (to marry), and ultimately Latin, ''marītāre'', meaning to provide with a husband or wife and ''marītāri'' meaning to get married. The adjective ''marīt-us -a, -um'' meaning matrimonial or nuptial could also be used in the masculine form as a noun for "husband" and in the feminine form for "wife". The related word "matrimony" derives from the Old French word ''matremoine'', which appears around 1300 CE and ultimately derives from Latin ''mātrimōnium'', which combines the two concepts: ''mater'' meaning "mother" and the suffix -''monium'' signifying "action, state, or condition".

Anthropologists have proposed several competing definitions of marriage in an attempt to encompass the wide variety of marital practices observed across cultures. Even within Western culture, "definitions of marriage have careened from one extreme to another and everywhere in between" (as Evan Gerstmann has put it).

Relation recognized by custom or law

In ''The History of Human Marriage'' (1891), Edvard Westermarck defined marriage as "a more or less durable connection between male and female lasting beyond the mere act of propagation till after the birth of the offspring." In ''The Future of Marriage in Western Civilization'' (1936), he rejected his earlier definition, instead provisionally defining marriage as "a relation of one or more men to one or more women that is recognized by custom or law".

The anthropological handbook ''Notes and Queries'' (1951) defined marriage as "a union between a man and a woman such that children born to the woman are the recognized legitimate offspring of both partners." In recognition of a practice by the Nuer people of Sudan allowing women to act as a husband in certain circumstances (the ghost marriage), Kathleen Gough suggested modifying this to "a woman and one or more other persons." In an analysis of marriage among the Nayar, a polyandrous society in India, Gough found that the group lacked a husband role in the conventional sense; that unitary role in the west was divided between a non-resident "social father" of the woman's children, and her lovers who were the actual procreators. None of these men had legal rights to the woman's child. This forced Gough to disregard sexual access as a key element of marriage and to define it in terms of legitimacy of offspring alone: marriage is "a relationship established between a woman and one or more other persons, which provides a child born to the woman under circumstances not prohibited by the rules of relationship, is accorded full birth-status rights common to normal members of his society or social stratum." Economic anthropologist Duran Bell has criticized the legitimacy-based definition on the basis that some societies do not require marriage for legitimacy. He argued that a legitimacy-based definition of marriage is circular in societies where illegitimacy has no other legal or social implications for a child other than the mother being unmarried.

In a 1997 article in ''Current Anthropology'', Duran Bell describes marriage as "a relationship between one or more men (male or female) in severalty to one or more women that provides those men with a demand-right of sexual access within a domestic group and identifies women who bear the obligation of yielding to the demands of those specific men." In referring to "men in severalty", Bell is referring to corporate kin groups such as lineages which, in having paid brideprice, retain a right in a woman's offspring even if her husband (a lineage member) deceases (Levirate marriage). In referring to "men (male or female)", Bell is referring to women within the lineage who may stand in as the "social fathers" of the wife's children born of other lovers. (See Nuer "ghost marriage".) 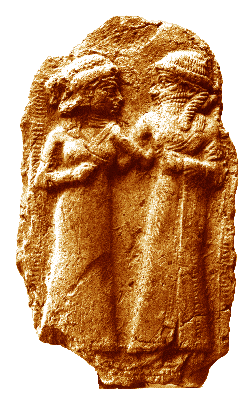 Monogamy is a form of marriage in which an individual has only one spouse during their lifetime or at any one time (serial monogamy). Anthropologist Jack Goody's comparative study of marriage around the world utilizing the Ethnographic Atlas found a strong correlation between intensive plough agriculture, dowry and monogamy. This pattern was found in a broad swath of Eurasian societies from Japan to Ireland. The majority of Sub-Saharan African societies that practice extensive hoe agriculture, in contrast, show a correlation between "bride price" and polygamy. A further study drawing on the Ethnographic Atlas showed a statistical correlation between increasing size of the society, the belief in "high gods" to support human morality, and monogamy. In the countries which do not permit polygamy, a person who marries in one of those countries a person while still being lawfully married to another commits the crime of bigamy. In all cases, the second marriage is considered legally null and void. Besides the second and subsequent marriages being void, the bigamist is also liable to other penalties, which also vary between jurisdictions.

Governments that support monogamy may allow easy divorce. In a number of Western countries, divorce rates approach 50%. Those who remarry do so on average three times. Divorce and remarriage can thus result in "serial monogamy", i.e. having multiple marriages but only one legal spouse at a time. This can be interpreted as a form of plural mating, as are those societies dominated by female-headed families in the Caribbean, Mauritius and Brazil where there is frequent rotation of unmarried partners. In all, these account for 16 to 24% of the "monogamous" category. Serial monogamy creates a new kind of relative, the "ex-". The "ex-wife", for example, remains an active part of her "ex-husband's" or "ex-wife's" life, as they may be tied together by transfers of resources (alimony, child support), or shared child custody. Bob Simpson notes that in the British case, serial monogamy creates an "extended family" – a number of households tied together in this way, including mobile children (possible exes may include an ex-wife, an ex-brother-in-law, etc., but not an "ex-child"). These "unclear families" do not fit the mould of the monogamous nuclear family. As a series of connected households, they come to resemble the polygynous model of separate households maintained by mothers with children, tied by a male to whom they are married or divorced.