Changsha is the capital and most populous city of Hunan Province in the south central part of the People's Republic of China. It covers and is bordered by Yueyang and Yiyang to the north, Loudi to the west, Xiangtan and Zhuzhou to the south, Yichun and Pingxiang of Jiangxi province to the east. According to the 2018 estimation, Changsha had 8,154,700 residents, constituting 11.82% of the province's population. Its built-up or (''metro'') area made of 6 urban districts plus Changsha county largely being urbanized is home to 5,498,400 inhabitants. It is part of the Chang-Zhu-Tan city cluster or megalopolis with 15,040,300 inhabitants being conurbated. Changsha is in the Xiang River valley plain, bordering the Luoxiao Mountains on the east, Wuling Mountains on the west, edging in Dongting Lake on the north and bounded on the south by the Hengshan Mountains. It has a monsoonal humid subtropical climate, with an average annual air temperature of and an annual rainfall of . Changsha has a history of more than 3,000 years. Changsha was the capital of Changsha Kingdom in the Han Dynasty (206 BC – 220 AD), and the capital of the Chu State (907–951) in the Ten Kingdoms period. The lacquerware and Silk Texts recovered from Mawangdui (2nd century BC) there are an indication of the richness of local craft traditions. In 1904 Changsha was opened to foreign trade, and large numbers of Europeans and Americans settled there. Changsha was the site of Mao Zedong's conversion to communism. It was also the scene of major battles in the Sino-Japanese War (1931–1945) and was briefly occupied by the Japanese. Since major economic reforms, Changsha has become one of the fastest growing major cities in the world, with its normal GDP per capita being over $20,000 ($40,000 in PPP) in 2018. With high life expectancy and per capita incomes, Changsha's HDI ratings of 0.817 (very high) is roughly comparable to a moderately developed country, making it one of the most highly developed and prosperous cities in China. Changsha is now an important commercial, manufacturing, transportation, and innovation and development centre in the Yangtze River Delta Economic Belt and the "One Belt, One Road" initiative. More than 164 Fortune Global 500 companies have established branches in Changsha. Sany, a Chinese heavy machinery company and one of the world's top five engineering machinery manufacturers, is headquartered in Changsha. Changsha is classified as a Beta- (global second-tier) city. In 2017, Changsha was designated as a Creative City by UNESCO, in media arts. Changsha is also home to Hunan Broadcasting System, China's largest television after China Central Television (CCTV). The city is the seat of multiple China's most prestigious universities, entering the world-class university rankings, including Hunan University, Central South University, Hunan Normal University, Changsha University of Science and Technology and Hunan Agricultural University. Changsha is a major city in the world by scientific research outputs as tracked by the Nature Index and it ranks 41st globally (17th in the Asia-Pacific). Changsha hosted the 2015 FIBA Asia Championship. It was the sixth city in China to host the FIBA Asia Cup after Beijing 1989, Shanghai 2001, Harbin 2003, Tianjin 2009, and Wuhan 2011. Changsha, a UNESCO Creative City, also hosted the "Third International Youth Forum on Creativity and Heritage along the Silk Roads" in 2019.

''Chángshā'' is the pinyin romanization of the Mandarin pronunciation of the Chinese name or , meaning "long sandy lace. The name's origin is unknown. It is attested as early as the 11th , when a vassal lord of the area sent King Cheng of Zhou a gift described as a "Changsha softshell turtle" (). In the 2nd century AD, historian Ying Shao wrote that the Qin use of the name "Changsha" for the area was a continuance of its old name. The name originally described the area. The Chu metropolis was known as Qingyang. The capital of the Kingdom of Changshawithin the present-day city of Changshawas known as Linxiang, meaning "laceOverlooking the Xiang River". 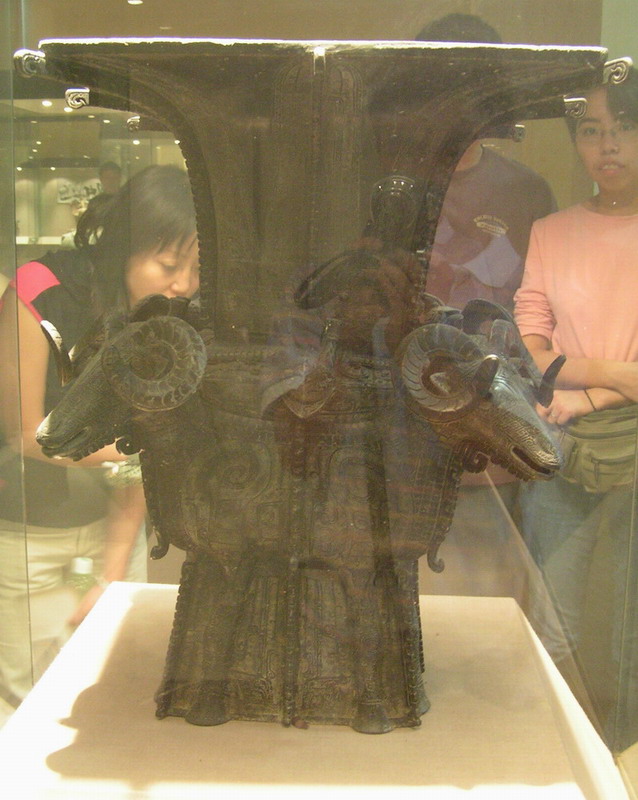 Development started around when Changsha developed with the proliferation of Longshan culture, although there is no firm evidence of such a link. Evidence exists that people lived and thrived in the area during the Bronze Age. Numerous examples of pottery and other objects have been discovered. Later Chinese legends related that the Flame and Yellow Emperors visited the area. Sima Qian's history states that the Yellow Emperor granted his eldest son Shaohao the lands of Changsha and its neighbors. During the Spring and Autumn Period (8th5th centuryBC), the Yue culture spread into the area around Changsha. During the succeeding Warring States Period, Chu took control of Changsha. Its capital, Qingyang, became an important southern outpost of the kingdom. In 1951–57 archaeologists explored numerous large and medium-sized Chu tombs from the Warring States Era. More than 3,000 tombs have been discovered. Under the Qin Changsha was a staging post for expeditions south into Guangdong that led to its conquest and the establishment of the Nanyue kingdom. 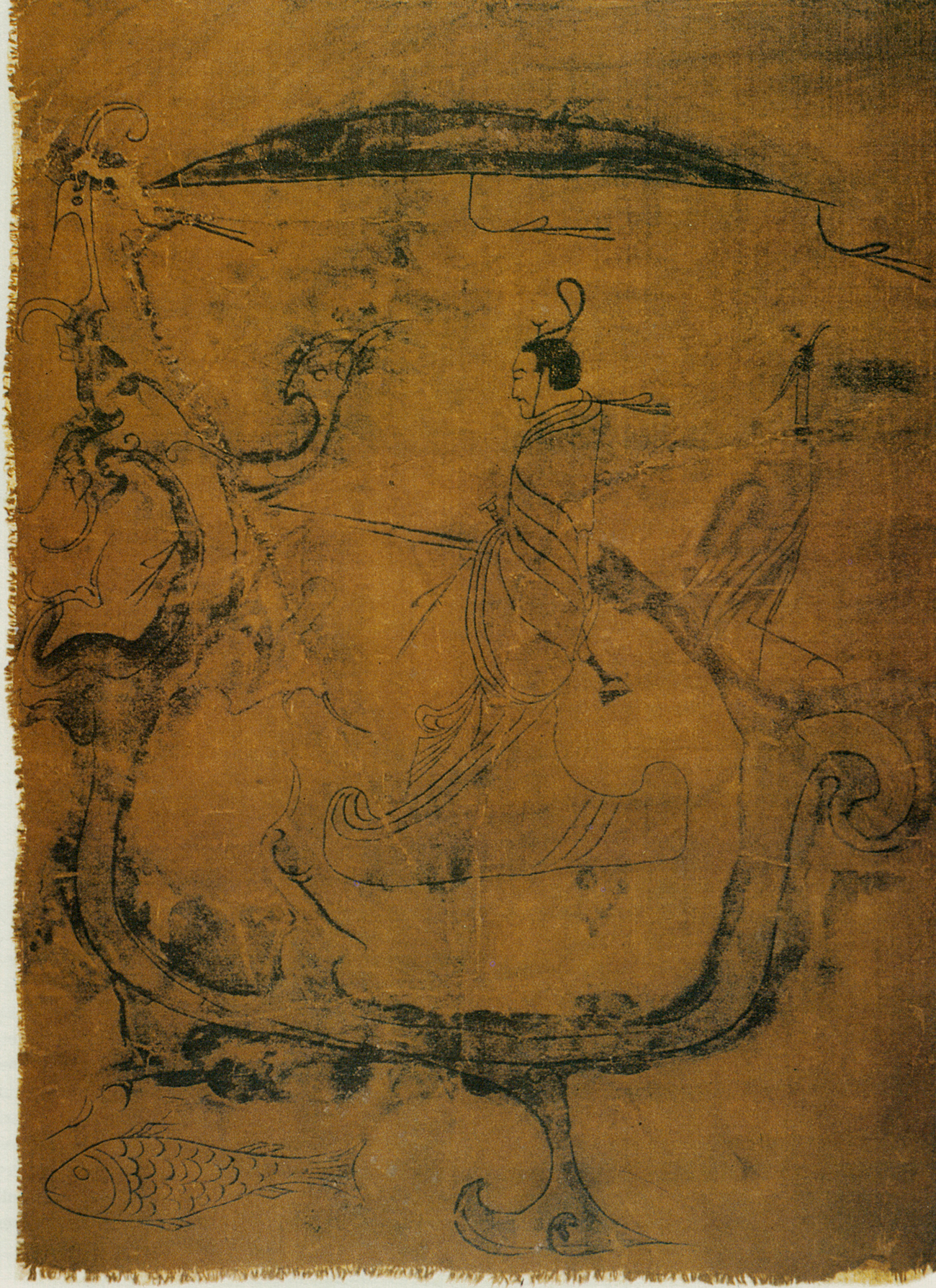 Under the Han Linxiang was the capital of the kingdom of Changsha. At first this was a client state held by Liu Bang's Baiyue ally Wu Rui that served as a means of controlling the restive Chu people and as a buffer state against Nanyue. By Linxiang had city walls to protect it against uprisings and invasions. The famous Mawangdui tombs were constructed between 186 and Lady Xin Zhui was buried in the earliest tomb and, during its excavation in the 1970s, was found to have been very well preserved. More importantly, the tombs included the earliest surviving copies of the ''Tao Te Ching'' and other important literary and historical documents. When Wu Rui's descendant Wu Zhu ''Wú Zhù'') died childless in , the kingdom was granted to a cadet branch of the imperial family as their fief. The kingdom was abolished under Wang Mang's short-lived Xin dynasty and briefly revived by the Eastern Han. In its prince was demoted and the area administered as and Changsha Commandery. Following the turmoil of the Three Kingdoms, Emperor Wu of Jin granted Changsha to the sixth son of a general of the imperial family named Sima Yi. The local government had over 100 counties at the beginning of the dynasty. Over the course of the dynasty, the local government of Changsha lost control over a few counties, leaving them to local rule. Following the turmoil of the Northern and Southern dynasties, the Sui (6th century) renamed Changsha Tan Prefecture or Tanzhou. Changsha's 3-tier administration was simplified to a 2-tier state and county system, eliminating the middle canton region. Under the Tang, Changsha prospered as a center of trade between central China and Southeast Asia but suffered during the Anshi Rebellion, when it fell to the rebels. Under the Song dynasty, the Yuelu Academy was founded in 976. It was destroyed by war in 1127 and rebuilt in 1165, during which year the celebrated philosopher Zhu Xi taught there. It was again destroyed by the Mongols during the establishment of the Yuan before being restored in the late 15th century under the Ming. Early 19th-century graduates of the academy formed what one historian called a "network of messianic alumni", including Zeng Guofan, architect of the Tongzhi Restoration,