Waltham is a city in Middlesex County, Massachusetts, United States, and was an early center for the labor movement as well as a major contributor to the American Industrial Revolution. The original home of the Boston Manufacturing Company, the city was a prototype for 19th century industrial city planning, spawning what became known as the Waltham-Lowell system of labor and production. The city is now a center for research and higher education, home to Brandeis University and Bentley University. The population was 60,636 at the census in 2010. Waltham has been called "watch city" because of its association with the watch industry. Waltham Watch Company opened its factory in Waltham in 1854 and was the first company to make watches on an assembly line. It won the gold medal in 1876 at the Philadelphia Centennial Exposition. The company produced over 35 million watches, clocks and instruments before it closed in 1957.

Waltham was first settled in 1634 as part of Watertown and was officially incorporated as a separate town in 1738. Waltham had no recognizable town center until the 1830s, when the nearby Boston Manufacturing Company gave the town the land that now serves as its central square. In the early 19th century, Francis Cabot Lowell and his friends and colleagues established in Waltham the Boston Manufacturing Company – the first integrated textile mill in the United States, with the goal of eliminating the problems of co-ordination, quality control, and shipping inherent in the subcontracting based textile industry. The Waltham–Lowell system of production derives its name from the city and the founder of the mill. The city is home to a number of large estates, including Gore Place, a mansion built in 1806 for former Massachusetts governor Christopher Gore, the Robert Treat Paine Estate, a residence designed by architect Henry Hobson Richardson and landscape architect Frederick Law Olmsted for philanthropist Robert Treat Paine, Jr. (1810–1905), and the Lyman Estate, a estate built in 1793 by Boston merchant Theodore Lyman. In 1857, the Waltham Model 1857 watch was produced by the American Watch Company in the city of Waltham, Massachusetts. In the late 19th and early 20th century, Waltham was home to the brass era automobile manufacturer Metz, where the first production motorcycle in the U.S. was built. Another first in Waltham industrial history involves the method to mass-produce the magnetron tube, invented by Percy Spencer at Raytheon. During World War II, the magnetron tube technology was applied to radar. Later, magnetron tubes were used as components in microwave ovens. Waltham was also the home of the Walter E. Fernald State School, the western hemisphere's oldest publicly funded institution serving people with developmental disabilities. The storied and controversial history of the institution has long been covered by local and, at times, national media.

The name of the city is pronounced with the primary stress on the first syllable and a full vowel in the second syllable, , though the name of the Waltham watch was pronounced with a reduced schwa in the second syllable: . As most would pronounce in the British way, "Walthum", when people came to work in the mills from Nova Scotia, the pronunciation evolved. The "local" version became a phonetic sounding to accommodate French speakers who could not pronounce in the British way.

Waltham is located at (42.380596, −71.235005), about north-west of downtown Boston, Massachusetts, and approximately northwest of Boston's Brighton neighborhood. The heart of the city is Waltham Common, which is home to the City Hall and various memorial statues. The Common is on Main Street, which is home to several churches, the town library and Post Office. The city stretches along the Charles River and contains several dams. The dams were used to power textile mills and other endeavors in the early years of the industrial activity.

According to the United States Census Bureau, the city has a total area of , of which is land and (6.69%) is water.

It is bordered to the west by Weston and Lincoln, to the south by Newton, to the east by Belmont and Watertown, and to the north by Lexington. 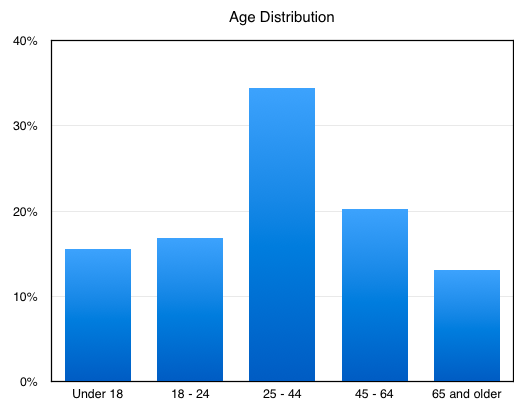 As of 2010, 24% of the residents were born outside of the United States. Many originated from Guatemala and India.