has described turbulence as the most important unsolved problem in classical physics. 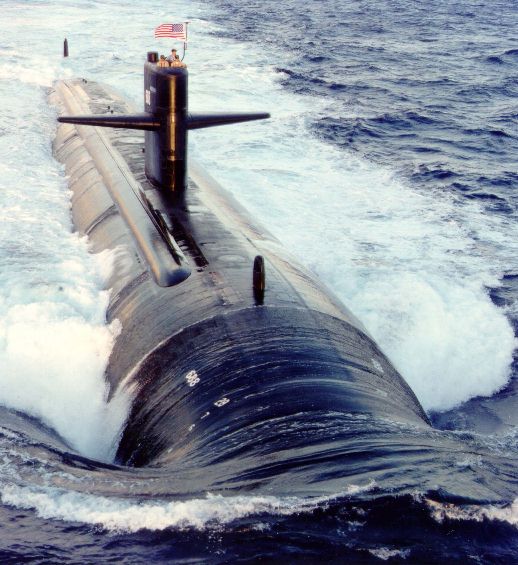 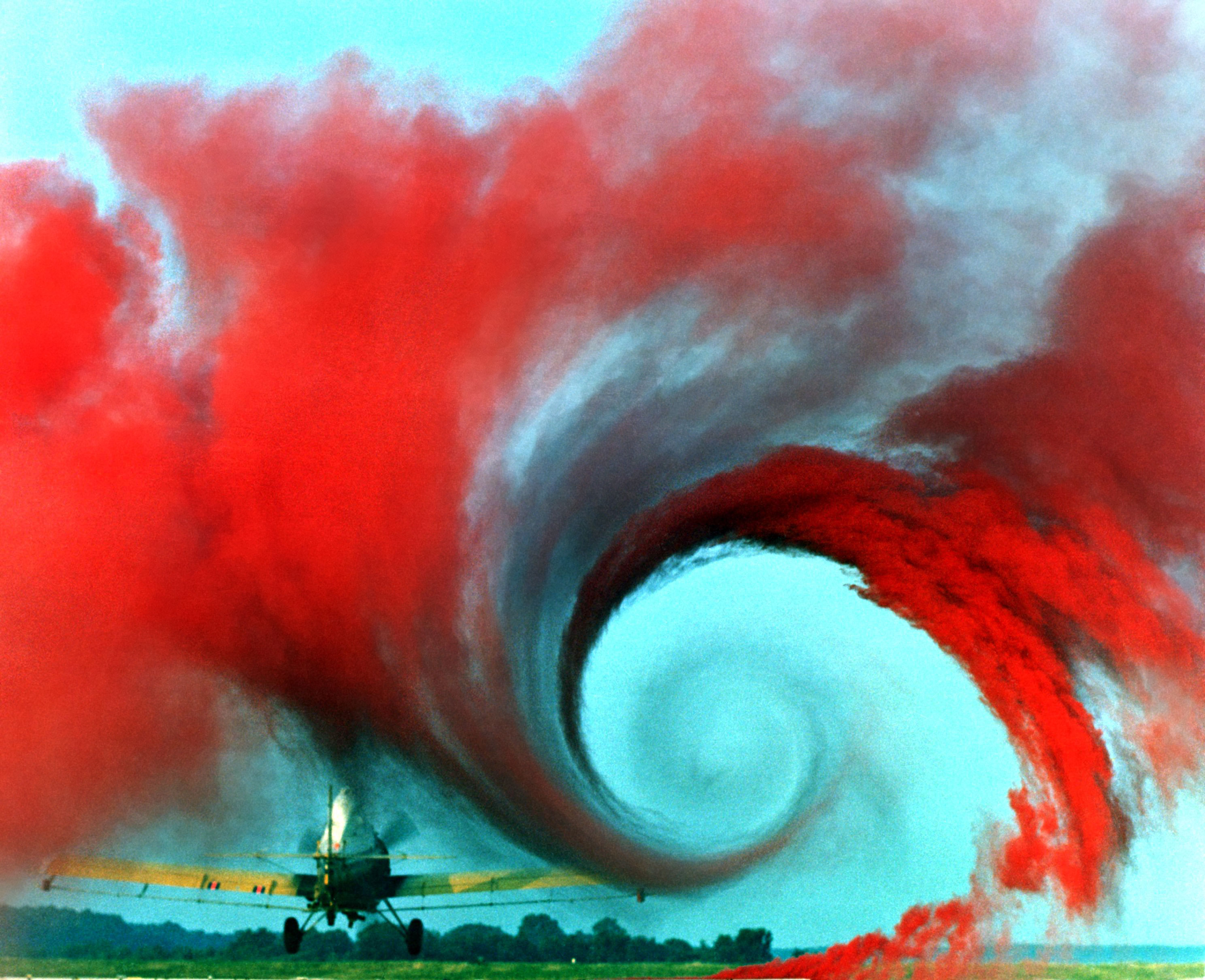 * Smoke rising from a
cigarette A cigarette is a narrow cylinder containing burnable psychoactive material, typically tobacco village in Xanthi, Greece Tobacco is the common name of several plants in the '' Nicotiana'' genus Genus (plural genera) is a taxonomic ra ... 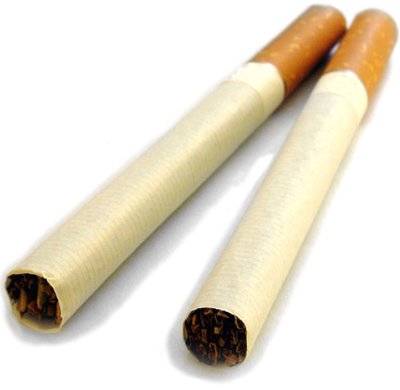 . For the first few centimeters, the smoke is laminar. The smoke plume becomes turbulent as its Reynolds number increases with increases in flow velocity and characteristic length scale. * Flow over a
golf ball 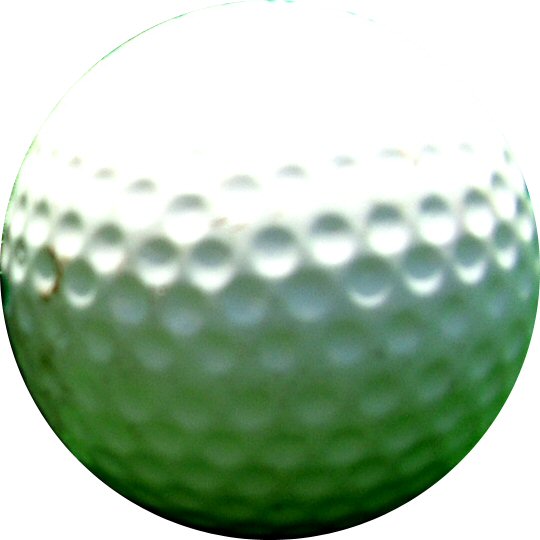 . (This can be best understood by considering the golf ball to be stationary, with air flowing over it.) If the golf ball were smooth, the
boundary layer In physics Physics (from grc, φυσική (ἐπιστήμη), physikḗ (epistḗmē), knowledge of nature, from ''phýsis'' 'nature'), , is the natural science that studies matter, its Motion (physics), motion and behavior through ...
flow over the front of the sphere would be laminar at typical conditions. However, the boundary layer would separate early, as the pressure gradient switched from favorable (pressure decreasing in the flow direction) to unfavorable (pressure increasing in the flow direction), creating a large region of low pressure behind the ball that creates high form drag. To prevent this, the surface is dimpled to perturb the boundary layer and promote turbulence. This results in higher skin friction, but it moves the point of boundary layer separation further along, resulting in lower drag. * Clear-air turbulence experienced during airplane flight, as well as poor astronomical seeing (the blurring of images seen through the atmosphere). * Most of the terrestrial
atmospheric circulation Atmospheric circulation is the large-scale movement of Atmosphere of Earth, air and together with ocean circulation is the means by which thermal energy is redistributed on the surface of the Earth. The Earth's atmospheric circulation varies from ...

. * The oceanic and atmospheric mixed layers and intense oceanic currents. * The flow conditions in many industrial equipment (such as pipes, ducts, precipitators, gas scrubbers, dynamic scraped surface heat exchangers, etc.) and machines (for instance, internal combustion engines and gas turbines). * The external flow over all kinds of vehicles such as cars, airplanes, ships, and submarines. * The motions of matter in stellar atmospheres. * A jet exhausting from a nozzle into a quiescent fluid. As the flow emerges into this external fluid, shear layers originating at the lips of the nozzle are created. These layers separate the fast moving jet from the external fluid, and at a certain critical Reynolds number they become unstable and break down to turbulence. * Biologically generated turbulence resulting from swimming animals affects ocean mixing. * Snow fences work by inducing turbulence in the wind, forcing it to drop much of its snow load near the fence. * Bridge supports (piers) in water. When river flow is slow, water flows smoothly around the support legs. When the flow is faster, a higher Reynolds number is associated with the flow. The flow may start off laminar but is quickly separated from the leg and becomes turbulent. * In many geophysical flows (rivers, atmospheric boundary layer), the flow turbulence is dominated by the coherent structures and turbulent events. A turbulent event is a series of turbulent fluctuations that contain more energy than the average flow turbulence. The turbulent events are associated with coherent flow structures such as eddies and turbulent bursting, and they play a critical role in terms of sediment scour, accretion and transport in rivers as well as contaminant mixing and dispersion in rivers and estuaries, and in the atmosphere. *In the medical field of cardiology, a stethoscope is used to detect heart sounds and bruits, which are due to turbulent blood flow. In normal individuals, heart sounds are a product of turbulent flow as heart valves close. However, in some conditions turbulent flow can be audible due to other reasons, some of them pathological. For example, in advanced atherosclerosis, bruits (and therefore turbulent flow) can be heard in some vessels that have been narrowed by the disease process. * Recently, turbulence in porous media became a highly debated subject. 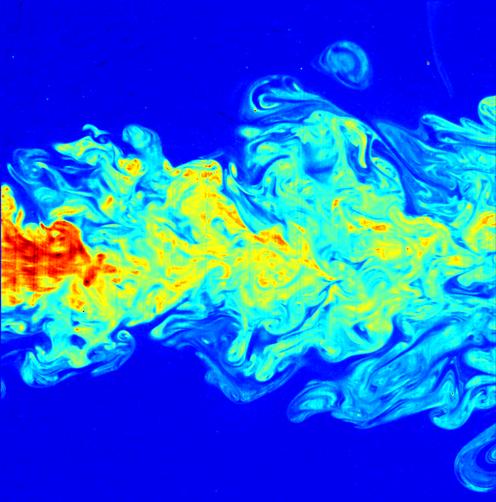 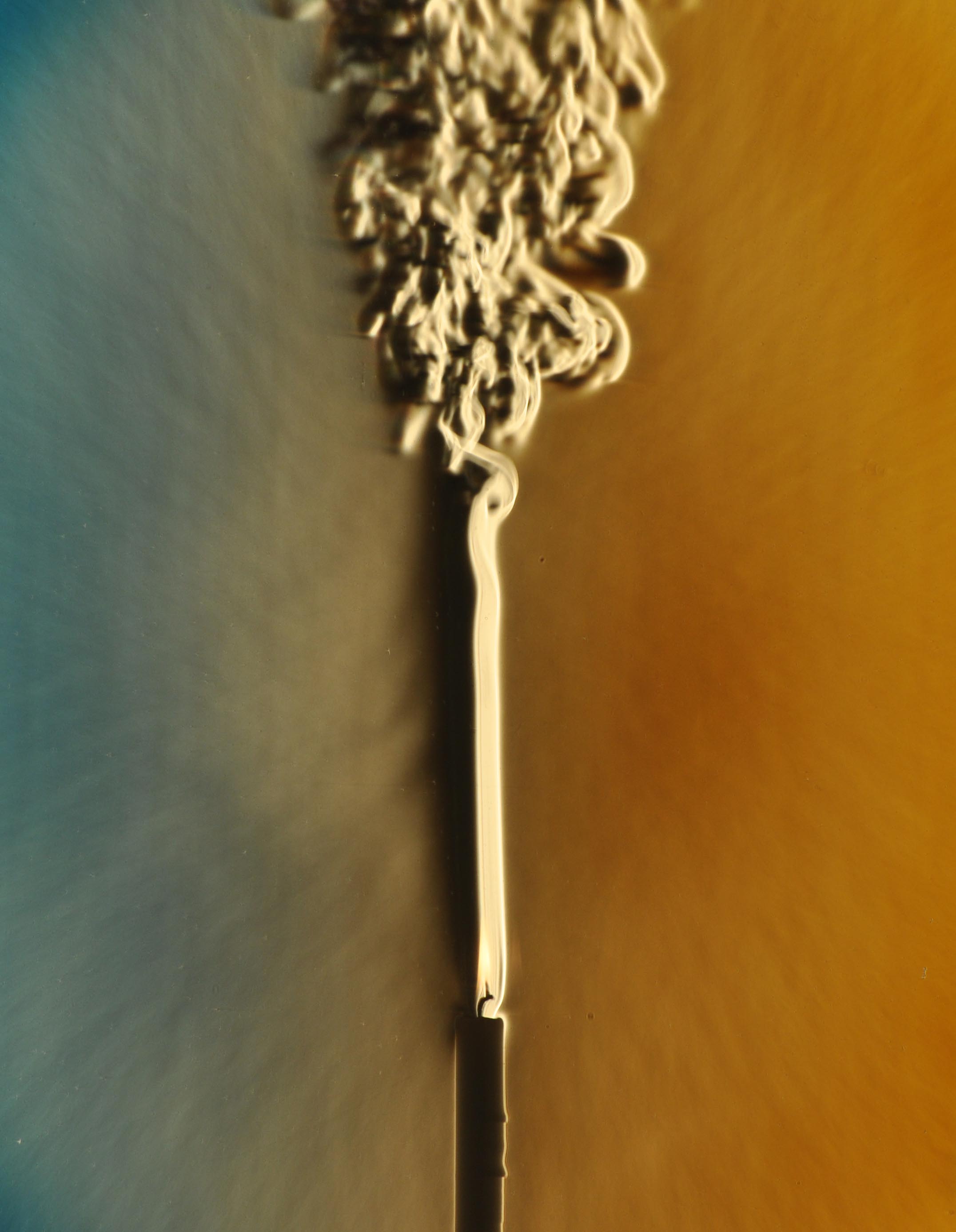 The onset of turbulence can be, to some extent, predicted by the Reynolds number, which is the ratio of inertial forces to viscous forces within a fluid which is subject to relative internal movement due to different fluid velocities, in what is known as a
boundary layer In physics Physics (from grc, φυσική (ἐπιστήμη), physikḗ (epistḗmē), knowledge of nature, from ''phýsis'' 'nature'), , is the natural science that studies matter, its Motion (physics), motion and behavior through ...
in the case of a bounding surface such as the interior of a pipe. A similar effect is created by the introduction of a stream of higher velocity fluid, such as the hot gases from a flame in air. This relative movement generates fluid friction, which is a factor in developing turbulent flow. Counteracting this effect is the viscosity of the fluid, which as it increases, progressively inhibits turbulence, as more kinetic energy is absorbed by a more viscous fluid. The Reynolds number quantifies the relative importance of these two types of forces for given flow conditions, and is a guide to when turbulent flow will occur in a particular situation. This ability to predict the onset of turbulent flow is an important design tool for equipment such as piping systems or aircraft wings, but the Reynolds number is also used in scaling of fluid dynamics problems, and is used to determine dynamic similitude between two different cases of fluid flow, such as between a model aircraft, and its full size version. Such scaling is not always linear and the application of Reynolds numbers to both situations allows scaling factors to be developed. A flow situation in which the kinetic energy is significantly absorbed due to the action of fluid molecular viscosity gives rise to a
laminar flow In fluid dynamics, laminar flow is characterized by fluid particles following smooth paths in layers, with each layer moving smoothly past the adjacent layers with little or no mixing. At low velocities, the fluid tends to flow without lateral mix ...
regime. For this the dimensionless quantity the Reynolds number () is used as a guide. With respect to laminar and turbulent flow regimes: * laminar flow occurs at low Reynolds numbers, where viscous forces are dominant, and is characterized by smooth, constant fluid motion; * turbulent flow occurs at high Reynolds numbers and is dominated by inertial forces, which tend to produce chaotic Eddy (fluid dynamics), eddies, Vortex, vortices and other flow instabilities. The Reynolds number is defined as : where: * is the density of the fluid (SI units: kg/m3) * is a characteristic velocity of the fluid with respect to the object (m/s) * is a characteristic linear dimension (m) * is the dynamic viscosity of the fluid (Pa·s or N·s/m2 or kg/(m·s)). While there is no theorem directly relating the non-dimensional Reynolds number to turbulence, flows at Reynolds numbers larger than 5000 are typically (but not necessarily) turbulent, while those at low Reynolds numbers usually remain laminar. In Hagen-Poiseuille equation, Poiseuille flow, for example, turbulence can first be sustained if the Reynolds number is larger than a critical value of about 2040; moreover, the turbulence is generally interspersed with laminar flow until a larger Reynolds number of about 4000. The transition occurs if the size of the object is gradually increased, or the viscosity of the fluid is decreased, or if the density of the fluid is increased.

When flow is turbulent, particles exhibit additional transverse motion which enhances the rate of energy and momentum exchange between them thus increasing the heat transfer coefficient, heat transfer and the friction coefficient. Assume for a two-dimensional turbulent flow that one was able to locate a specific point in the fluid and measure the actual flow velocity of every particle that passed through that point at any given time. Then one would find the actual flow velocity fluctuating about a mean value: : and similarly for temperature () and pressure (), where the primed quantities denote fluctuations superposed to the mean. This decomposition of a flow variable into a mean value and a turbulent fluctuation was originally proposed by Osborne Reynolds in 1895, and is considered to be the beginning of the systematic mathematical analysis of turbulent flow, as a sub-field of fluid dynamics. While the mean values are taken as predictable variables determined by dynamics laws, the turbulent fluctuations are regarded as stochastic variables. The heat flux and momentum transfer (represented by the shear stress ) in the direction normal to the flow for a given time are : where is the heat capacity at constant pressure, is the density of the fluid, is the coefficient of turbulent viscosity and is the turbulent thermal conductivity.