The synurids (Synurales) are a small group of heterokont algae, found mostly in fresh water. 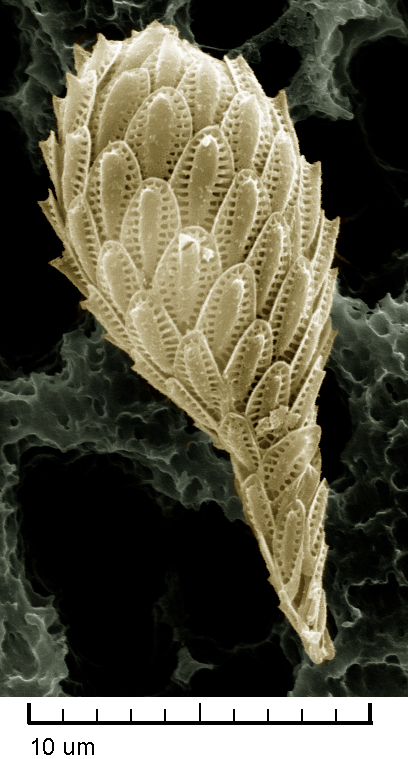 They are covered in silicate scales and spines. In ''Synura'', these are formed on the surface of the chloroplasts, two of which are usually present, but sometimes only one divided into two lobes is seen. The cells have two heterokont flagella, inserted parallel to one another at the anterior, whose ultrastructure is a distinguishing characteristic of the group. Both asexual and isogamous sexual reproduction occur.

Two major genera are included here, divided into species mainly based on the structure of the scales. * ''Mallomonas'' species are free-living individual cells, usually 50-100 μm in length. They have ornate scales and generally long spines. * ''Synura'' species occur as spherical colonies, with the cells oriented so that the flagella point outwards, each usually around 30 μm in length. The colonies are globular, rather than hollow, and spines are short if at all present. Both are common plankton in lakes and ponds. To reproduce the parent cell splits into two daughter cells which get half of the parent cells scales. The new cells can regrow the scales and grow back into their original form.