''SpongeBob SquarePants'' (also simply referred to as ''SpongeBob'') is an American animated comedy television series created by marine science educator and animator Stephen Hillenburg for Nickelodeon. The series chronicles the adventures and endeavors of the title character and his aquatic friends in the fictional underwater city of Bikini Bottom. The fifth-longest-running American animated series, its popularity has made it a media franchise. It is the highest rated series to air on Nickelodeon and it is the most distributed property from ViacomCBS Networks International. The media franchise has generated more than $13 billion in merchandising revenue for Nickelodeon. Many of the series' ideas originated in ''The Intertidal Zone'', an unpublished educational book that Hillenburg created in 1989 to teach his students about undersea life. He began developing ''SpongeBob SquarePants'' into a television series in 1996 following the cancellation of ''Rocko's Modern Life'', and in 1997, a seven-minute pilot was pitched to Nickelodeon. He turned to Tom Kenny, who had worked with him on that series, to voice the title character. SpongeBob was originally going to be named SpongeBoy, and the series called ''SpongeBoy Ahoy!''; both of these were changed as the name was already trademarked. Nickelodeon held a preview for the series in the United States on May 1, 1999, after it aired the 1999 Kids' Choice Awards. The series officially premiered on July 17, 1999. It has received worldwide critical acclaim since its premiere and had gained enormous popularity by its second season. A feature film, ''The SpongeBob SquarePants Movie'', was released in theaters on November 19, 2004. A second film adaptation, ''The SpongeBob Movie: Sponge Out of Water'', followed on February 6, 2015. A third film and prequel to the television series, ''The SpongeBob Movie: Sponge on the Run'', was released in Canadian theaters on August 14, 2020 followed by a premiere on video-on-demand and Paramount+ on March 4, 2021. In 2018, the series began airing its twelfth season; it was renewed for a thirteenth season on July 17, 2019, which began airing in October 2020. As of July 30, 2020, all prior seasons of the show are available on Paramount+. ''SpongeBob SquarePants'' has won a variety of awards including: six Annie Awards, eight Golden Reel Awards, four Emmy Awards, 18 Kids' Choice Awards, and two BAFTA Children's Awards. A Broadway musical based on the series opened in 2017 to critical acclaim. ''Kamp Koral: SpongeBob's Under Years'', a computer-animated spin-off series, debuted in March 2021 on the streaming service Paramount+. Two additional spin-off series, an untitled project based on the character Squidward Tentacles and ''The Patrick Star Show'', are in development as of 2020. 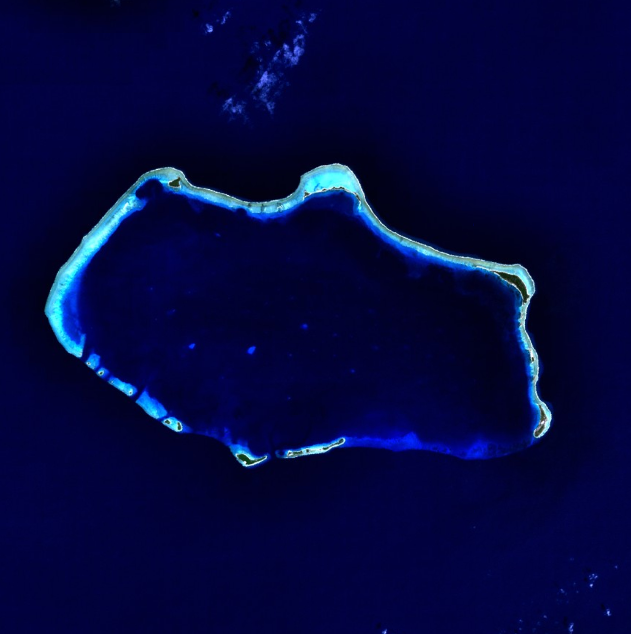 The series takes place primarily in the fictional benthic underwater city of Bikini Bottom located in the Pacific Ocean beneath the real-life coral reef known as Bikini Atoll. Its citizens are mostly multicolored fish who live in buildings made from ship funnels and use "boatmobiles", amalgamations of cars and boats, as a mode of transportation. Recurring locations within Bikini Bottom include the neighboring houses of SpongeBob, Patrick, and Squidward; two competing restaurants, the Krusty Krab and the Chum Bucket; Mrs. Puff's Boating School, which includes a driving course and a sunken lighthouse; the Treedome, an oxygenated glass enclosure where Sandy lives; Shady Shoals Rest Home; a seagrass meadow called Jellyfish Fields; and Goo Lagoon, a subaqueous brine pool that is a popular beach hangout. When the ''SpongeBob'' crew began production of the series' pilot episode, they were tasked with designing stock locations, to be used repeatedly, where most scenes would take place like the Krusty Krab and SpongeBob's pineapple house. The idea was "to keep everything nautical", so the crew used plenty of rope, wooden planks, ships' wheels, netting, anchors, boilerplates, and rivets to create the show's setting. Transitions between scenes are marked by bubbles filling the screen, accompanied by the sound of rushing water.