''Spin'' (often stylized in all caps) is an American music magazine founded in 1985 by publisher Bob Guccione, Jr. The magazine stopped running in print in 2012 and currently runs as a
webzine An online magazine is a magazine A magazine is a periodical literature, periodical publication which is printing, printed in Coated paper, gloss-coated and Paint sheen, matte paper. Magazines are generally published on a regular schedule and c ...
, owned by NEXT Management.

''Spin'' was established in 1985. In its early years, the magazine was known for its narrow music coverage with an emphasis on
college rock College rock was the alternative rock music played on student-run university and college campus radio stations located in the Higher education in the United States, United States and Higher education in Canada, Canada in the 1980s. The stations' pl ...
,
grunge Grunge (sometimes referred to as the Seattle sound) is an alternative rock genre and subculture that emerged during the in the American Pacific Northwest state of Washington (state), Washington, particularly in Seattle and nearby towns. Grunge fu ...
, indie rock, and the ongoing emergence of
hip-hop Hip hop or hip-hop is a culture Culture () is an umbrella term which encompasses the social behavior and Norm (social), norms found in human Society, societies, as well as the knowledge, beliefs, arts, laws, Social norm, customs, capabilit ...
, while virtually ignoring other genres, such as country and metal. It pointedly provided a national alternative to ''
Rolling Stone ''Rolling Stone'' is an American monthly magazine that focuses on music, politics, and popular culture. It was founded in San Francisco, California, in 1967 by Jann Wenner, and the music critic Ralph J. Gleason. It was first known for its c ...
's'' more establishment-oriented style. ''Spin'' prominently placed newer artists such as R.E.M.,
Prince A prince is a Monarch, male ruler (ranked below a king, grand prince, and grand duke) or a male member of a monarch's or former monarch's family. ''Prince'' is also a title of nobility (often highest), often hereditary title, hereditary, in som ...
, Run-D.M.C.,
Eurythmics Eurythmics were a British Pop music, pop duo consisting of members Annie Lennox and Dave Stewart (musician and producer), Dave Stewart. Stewart and Lennox were both previously in The Tourists, a band which broke up in 1980; Eurythmics were fo ...
,
Beastie Boys Beastie Boys were an American Hip hop music, hip hop group from New York City, formed in 1981. The group was composed of Mike D, Michael "Mike D" Diamond (vocals, drums), Adam Yauch, Adam "MCA" Yauch (vocals, bass) and Ad-Rock, Adam "Ad-Rock" Ho ...
, and
Talking Heads The Talking Heads were an American rock band formed in 1975 in New York City New York City (NYC), often simply called New York, is the List of United States cities by population, most populous city in the United States. With an estimate ...
on its covers and did lengthy features on established figures such as
Duran Duran Duran Duran () are an English New wave music, new wave band formed in Birmingham in 1978. The group were a leading band in the MTV-driven Second British Invasion of the US in the 1980s. The group was formed by keyboardist Nick Rhodes and bassi ... 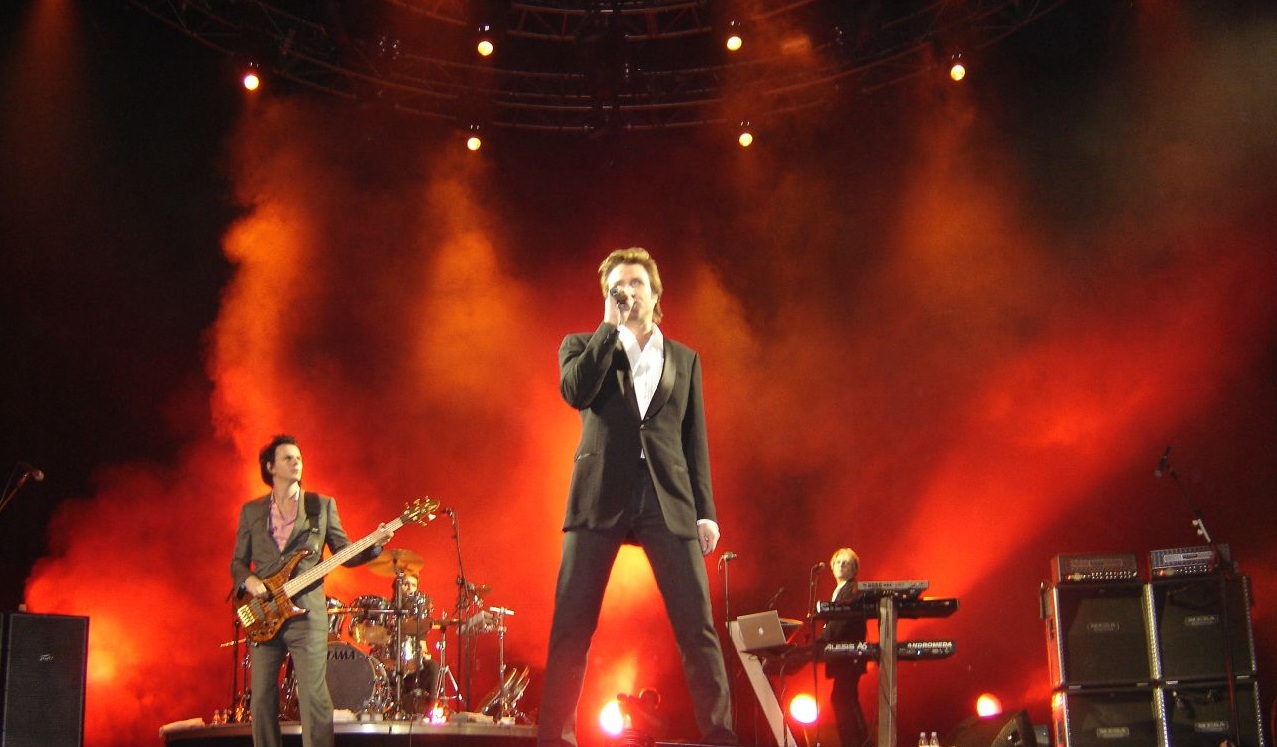 ,
Bob Dylan Bob Dylan (born Robert Allen Zimmerman; May 24, 1941) is an American singer-songwriter, author and visual artist. Often regarded as one of the greatest songwriters of all time, Dylan has been a major figure in popular culture for more than 50 ... 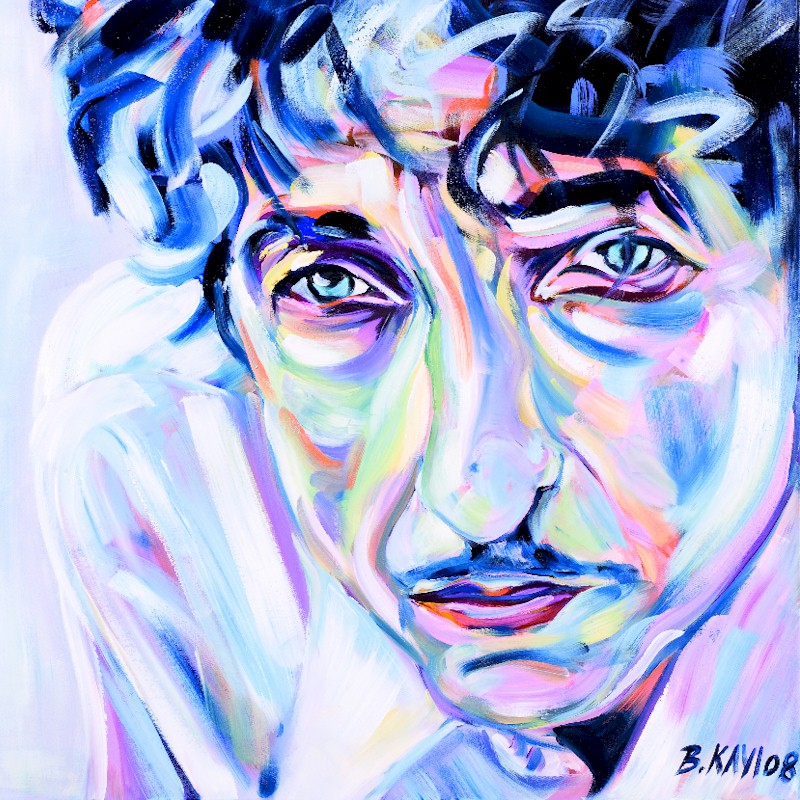 ,
Keith Richards Keith Richards (born 18 December 1943), often referred to during the 1960s and 1970s as Keith Richard, is an English musician, singer, and songwriter. He is best known as the co-founder, guitarist, secondary vocalist, and co-principal songwrit ...
, Miles Davis, Aerosmith, Lou Reed, Tom Waits, and John Lee Hooker—Bart Bull's article on Hooker won the magazine its first major award. On a cultural level, the magazine devoted significant coverage to hardcore punk, punk, alternative country, electronica, reggae and world music, experimental rock, jazz of the most adventurous sort, burgeoning underground music scenes, and a variety of fringe styles. Artists such as the Ramones, Patti Smith, Blondie (band), Blondie, X (American band), X, Black Flag (band), Black Flag, and the former members of the Sex Pistols, The Clash, and the early punk rock, punk and New wave music, New Wave movements were heavily featured in ''Spin''s editorial mix. ''Spin''s extensive coverage of Hip hop music, hip-hop music and Hip hop, culture, especially that of contributing editor John Leland (journalist), John Leland, was notable at the time. Editorial contributions by musical and cultural figures included Lydia Lunch, Henry Rollins, David Lee Roth and Dwight Yoakam. The magazine also reported on cities such as Austin, Texas, or Glasgow, Scotland, as cultural incubators in the independent music scene. A 1990 article on the contemporary country blues scene brought R. L. Burnside to national attention for the first time. Coverage of American cartoonists, Japanese manga, monster trucks, the AIDS crisis, outsider artists, ''Twin Peaks'', and other non-mainstream cultural phenomena distinguished the magazine's dynamic early years. In late 1987, publisher Bob Guccione Jr.'s father, Bob Guccione, Bob Guccione Sr., abruptly shut the magazine down despite the fact that the two-year-old magazine was widely considered a success, with a newsstand circulation of 150,000. Guccione Jr. was able to rally much of his staff, partner with former MTV president and David H. Horowitz, locate additional new investors and offices and after missing a month's publication, returned with a combined November–December issue. During this time, it was published by Camouflage Associates. In 1997, Guccione sold ''Spin'' to Miller Publishing. In 1994, two journalists working for the magazine were 1994 roadside attack on Spin magazine journalists, killed by a landmine while reporting on the Bosnian War in Bosnia and Herzegovina. A third, William T. Vollmann, was injured.

In February 2006, Miller Publishing sold the magazine to a San Francisco-based company called the McEvoy Group LLC, which was also the owner of Chronicle Books. That company formed Spin Media LLC as a holding company. The new owners replaced editor-in-chief (since 2002) Sia Michel with Andy Pemberton, a former editor at ''Blender (magazine), Blender''. The first issue to be published under his brief command was the July 2006 issue—sent to the printer in May 2006—which featured Beyoncé on the cover. Pemberton and ''Spin'' parted ways the next month, in June 2006. The following editor, Doug Brod, was executive editor during Michel's tenure. For ''Spin''s 20th anniversary, it published a book chronicling the prior two decades in music. The book has essays on
grunge Grunge (sometimes referred to as the Seattle sound) is an alternative rock genre and subculture that emerged during the in the American Pacific Northwest state of Washington (state), Washington, particularly in Seattle and nearby towns. Grunge fu ...
, Britpop, and Emo (music), emo, among other genres of music, as well as pieces on musical acts including Marilyn Manson, Tupac Shakur, R.E.M., Nirvana (band), Nirvana, Weezer, Nine Inch Nails, Limp Bizkit, and the Smashing Pumpkins. In February 2012, ''Spin'' relaunched the magazine in a larger, bi-monthly format and expanded its online presence, which covered reviews, extended editorials, interviews, and features on up-and-coming talent. In 2011, Caryn Ganz became editor. In July 2012, ''Spin'' was sold to Buzzmedia, which eventually renamed itself SpinMedia. The September/October 2012 issue of ''Spin'' was the magazine's last print edition. In 2013, Jem Aswad was named editor. Craig Marks became editor in 2014. In December 2016, Eldridge Industries acquired SpinMedia via the Hollywood Reporter-Billboard Media Group for an undisclosed amount. In 2016, Puja Patel became editor. In 2018, Matt Medved became editor. In 2020, the publication was sold to the private equity group NEXT Management Partners.

In 1995, ''Spin'' produced its first book, entitled ''Spin Alternative Record Guide''. It compiled writings by 64 music critics on recording artists and bands relevant to the alternative music movement, with each artist's entry featuring their discography and albums reviewed and rated a score between one and ten. According to Pitchfork Media's Matthew Perpetua, the book featured "the best and brightest writers of the 80s and 90s, many of whom started off in webzines, zines but have since become major figures in music criticism," including Rob Sheffield, Byron Coley, Ann Powers, Simon Reynolds, and Alex Ross (music critic), Alex Ross. Although the book was not a sales success, "it inspired a disproportionate number of young readers to pursue music criticism." After the book was published, its entry on 1960s folk artist John Fahey (musician), John Fahey, written by Byron Coley, helped renew interest in Fahey's music, leading to interest from record labels and the alternative music scene.

Single of the Year

Album of the Year

Note: The 2000 album of the year was awarded to "your hard drive", acknowledging the impact that filesharing had on the music listening experience in 2000. ''Kid A'' was listed as number 2, the highest ranking given to an actual album.