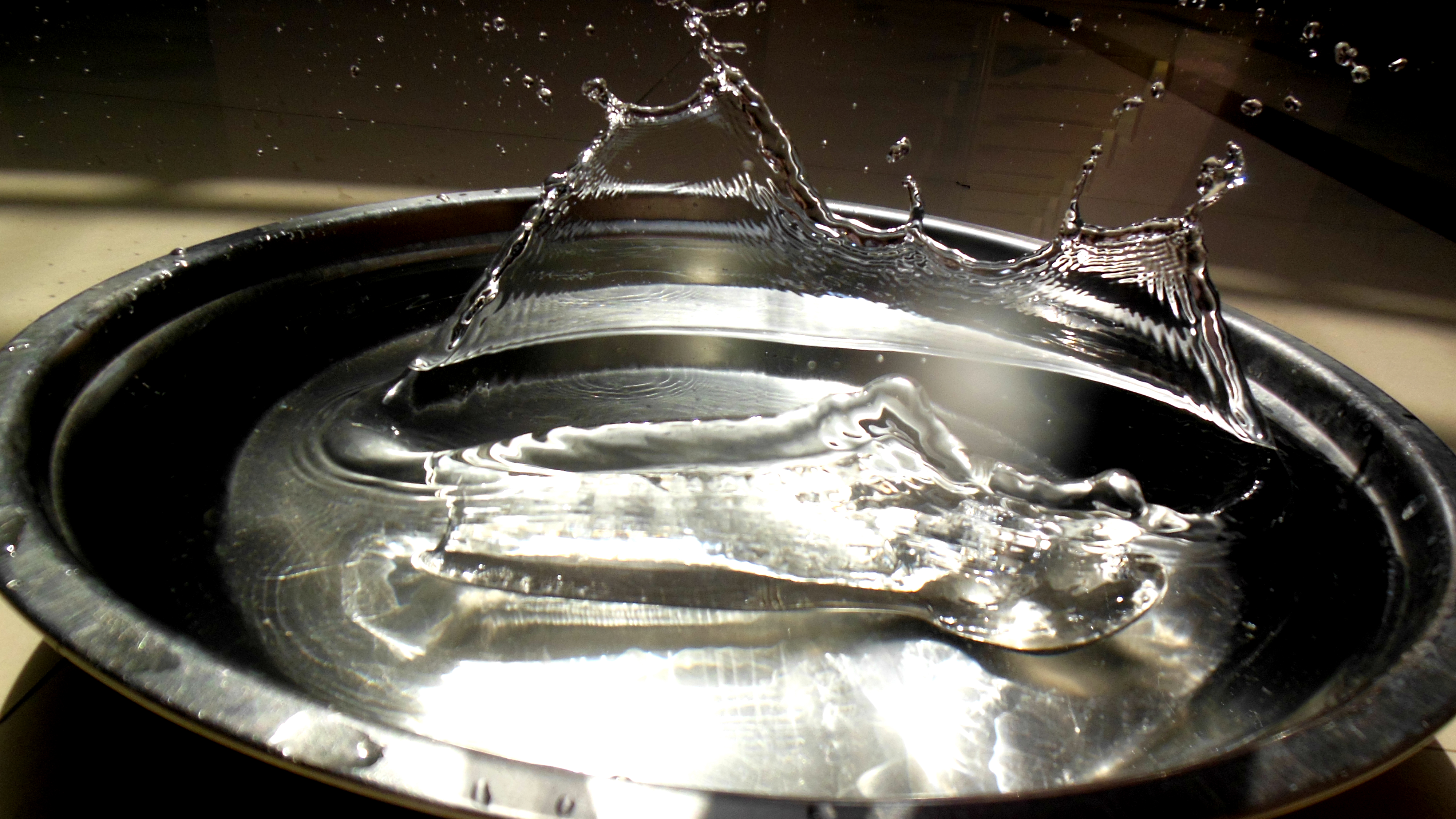 ]] File:Truck with motion blur.jpg|thumb|Slow shutter speed combined with panning the camera can achieve a motion blur for moving objects. In photography, shutter speed or exposure time is the length of time when the film or digital sensor inside the camera is exposed to light, also when a camera's shutter is open when taking a photograph. The amount of light that reaches the film or image sensor is proportional to the exposure time. of a second will let half as much light in as .

The camera's shutter speed, the lens's aperture or f-stop, and the scene's luminance together determine the amount of light that reaches the film or sensor (the exposure). Exposure value (EV) is a quantity that accounts for the shutter speed and the f-number. Once the sensitivity to light of the recording surface (either film or sensor) is set in numbers expressed in "ISOs" (ex: 200 ISO, 400 ISO), the light emitted by the scene photographed can be controlled through aperture and shutter-speed to match the film or sensor sensitivity to light. This will achieve a good exposure when all the details of the scene are legible on the photograph. Too much light let into the camera results in an overly pale image (or "over-exposure") while too little light will result in an overly dark image (or "under-exposure"). Multiple combinations of shutter speed and f-number can give the same exposure value (E.V.). According to exposure value formula, doubling the exposure time doubles the amount of light (subtracts 1 EV). Reducing the aperture size at multiples of one over the square root of two lets half as much light into the camera, usually at a predefined scale of , , , , , , , , , , and so on. For example, lets 4 times more light into the camera as does. A shutter speed of  s with an aperture gives the same exposure value as a  s shutter speed with an aperture, and also the same exposure value as a  s shutter speed with an aperture, or  s at . In addition to its effect on exposure, the shutter speed changes the way movement appears in photographs. Very short shutter speeds can be used to freeze fast-moving subjects, for example at sporting events. Very long shutter speeds are used to intentionally blur a moving subject for effect. Short exposure times are sometimes called "fast", and long exposure times "slow". Adjustments to the aperture need to be compensated by changes of the shutter speed to keep the same (right) exposure. In early days of photography, available shutter speeds were not standardized, though a typical sequence might have been  s,  s,  s,  s,  s and  s; neither were apertures or film sensitivity (at least 3 different national standards existed). Soon this problem resulted in a solution consisting in the adoption of a standardized way of choosing aperture so that each major step exactly doubled or halved the amount of light entering the camera (, , , , , , etc.), a standardized 2:1 scale was adopted for shutter speed so that opening one aperture stop and reducing the amount of time of the shutter speed by one step resulted in the identical exposure. The agreed standards for shutter speeds are: With this scale, each increment roughly doubles the amount of light (longer time) or halves it (shorter time). Camera shutters often include one or two other settings for making very long exposures: * B (for ''bulb'') keeps the shutter open as long as the shutter release is held. * T (for ''time'') keeps the shutter open (once the shutter-release button had been depressed) until the shutter release is pressed again. The ability of the photographer to take images without noticeable blurring by camera movement is an important parameter in the choice of the slowest possible shutter speed for a handheld camera. The rough guide used by most 35 mm photographers is that the slowest shutter speed that can be used easily without much blur due to camera shake is the shutter speed numerically closest to the lens focal length. For example, for handheld use of a 35 mm camera with a 50 mm normal lens, the closest shutter speed is  s (closest to "50"), while for a 200 mm lens it is recommended not to choose shutter speeds below of a second. This rule can be augmented with knowledge of the intended application for the photograph, an image intended for significant enlargement and closeup viewing would require faster shutter speeds to avoid obvious blur. Through practice and special techniques such as bracing the camera, arms, or body to minimize camera movement, using a monopod or a tripod, slower shutter speeds can be used without blur. If a shutter speed is too slow for hand holding, a camera support, usually a tripod, must be used. Image stabilization on digital cameras or lenses can often permit the use of shutter speeds 3–4 stops slower (exposures 8–16 times longer). Shutter priority refers to a shooting mode used in cameras. It allows the photographer to choose a shutter speed setting and allow the camera to decide the correct aperture. This is sometimes referred to as Shutter Speed Priority Auto Exposure, or TV (time value on Canon cameras) mode, S mode on Nikons and most other brands. 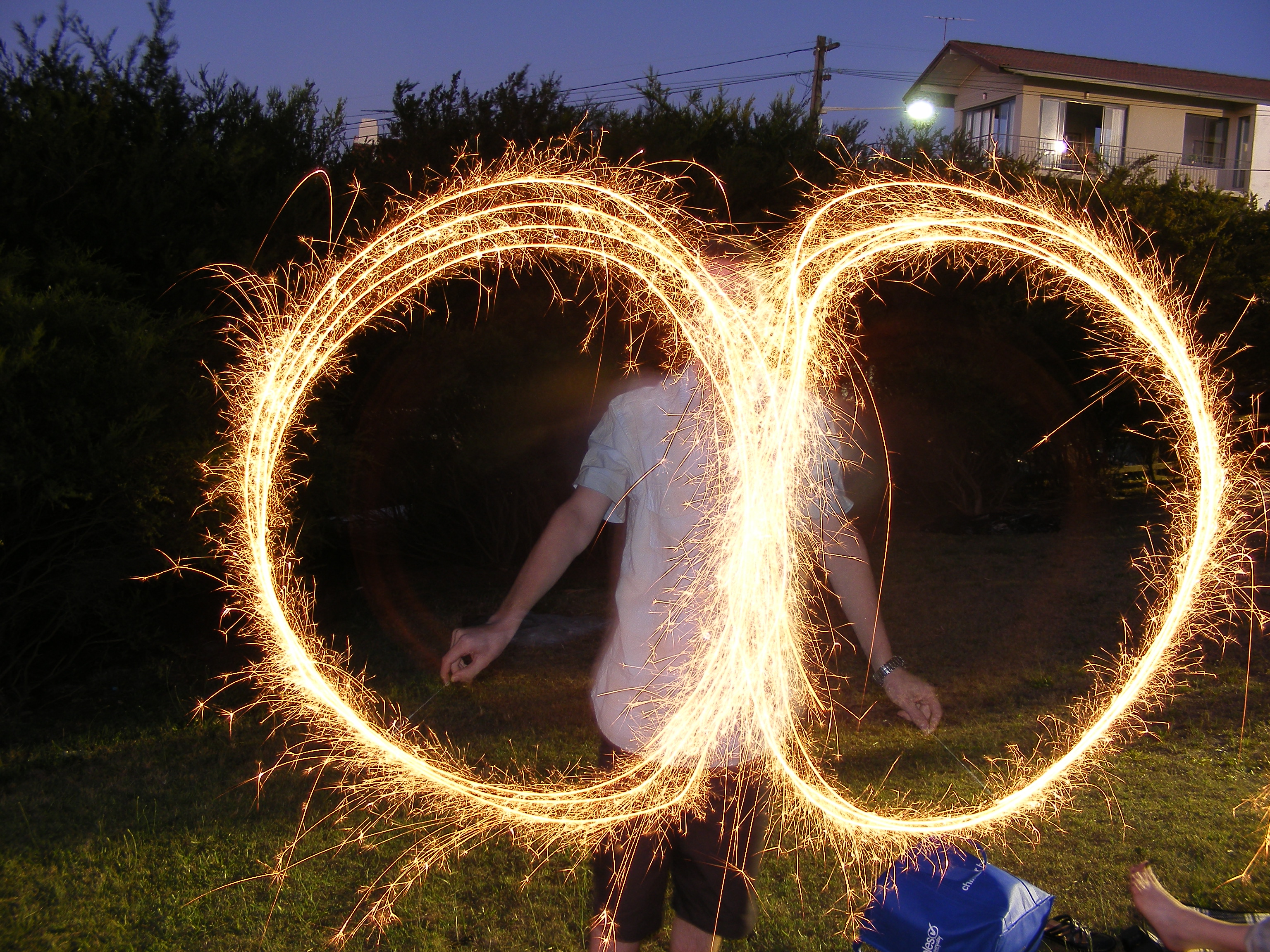 Shutter speed is one of several methods used to control the amount of light recorded by the camera's digital sensor or film. It is also used to manipulate the visual effects of the final image. thumb|Images taken with a lower shutter speed evoke a visual sense of movement. Exposure time 3 seconds. Slower shutter speeds are often selected to suggest the movement of an object in a still photograph. Excessively fast shutter speeds can cause a moving subject to appear unnaturally frozen. For instance, a running person may be caught with both feet in the air with all indication of movement lost in the frozen moment. When a slower shutter speed is selected, a longer time passes from the moment the shutter opens till the moment it closes. More time is available for movement in the subject to be recorded by the camera as a blur. A slightly slower shutter speed will allow the photographer to introduce an element of blur, either in the subject, where, in our example, the feet, which are the fastest moving element in the frame, might be blurred while the rest remains sharp; or if the camera is panned to follow a moving subject, the background is blurred while the subject remains relatively sharp. The exact point at which the background or subject will start to blur depends on the speed at which the object is moving, the angle that the object is moving in relation to the camera, the distance it is from the camera and the focal length of the lens in relation to the size of the digital sensor or film. When slower shutter-speeds, in excess of about half a second, are used on running water, the water in the photo will have a ghostly white appearance reminiscent of fog. This effect can be used in landscape photography. Zoom burst is a technique which entails the variation of the focal length of a zoom lens during a longer exposure. In the moment that the shutter is opened, the lens is zoomed in, changing the focal length during the exposure. The center of the image remains sharp, while the details away from the center form a radial blur, which causes a strong visual effect, forcing the eye into the center of the image. The following list provides an overview of common photographic uses for standard shutter speeds. * '' s and less'': The fastest speed available in APS-H or APS-C format DSLR cameras (as of 2012). (Canon EOS 1D, Nikon D1, Nikon 1 J2, D1X, and D1H) * '' s'': The fastest speed available in any 35 mm film SLR camera. (Minolta Maxxum 9xi, '' * '' s'': The fastest speed available in production SLR cameras (as of 2013), also the fastest speed available in any full-frame DSLR or SLT camera (as of 2013). Used to take sharp photographs of very fast subjects, such as birds or planes, under good lighting conditions, with an ISO speed of 1,000 or more and a large-aperture lens. * '' s'': The fastest speed available in consumer SLR cameras (as of 2009); also the fastest speed available in any leaf shutter camera (such as the Sony Cyber-shot DSC-RX1) (as of 2013). Used to take sharp photographs of fast subjects, such as athletes or vehicles, under good lighting conditions and with an ISO setting of up to 800. * '' s and  s'': Used to take sharp photographs of moderately fast subjects under normal lighting conditions. * '' s and  s'': Used to take sharp photographs of people in motion in everyday situations.  s is the fastest speed useful for panning; it also allows for a smaller aperture (up to ) in motion shots, and hence for a greater depth of field. * '' s'': This speed, and slower ones, are no longer useful for freezing motion.  s is used to obtain greater depth of field and overall sharpness in landscape photography, and is also often used for panning shots. * '' s'': Used for panning shots, for images taken under dim lighting conditions, and for available light portraits. * '' s'': Used for panning subjects moving slower than and for available-light photography. Images taken at this and slower speeds normally require a tripod or an image stabilized lens/camera to be sharp. * '' s and  s'': This and slower speeds are useful for photographs other than panning shots where motion blur is employed for deliberate effect, or for taking sharp photographs of immobile subjects under bad lighting conditions with a tripod-supported camera. * '' s,  s and 1 s'': Also mainly used for motion blur effects and/or low-light photography, but only practical with a tripod-supported camera. * ''B (bulb)'' (fraction of second to several hours): Used with a mechanically fixed camera in astrophotography and for certain special effects.

Motion picture cameras used in traditional film cinematography employ a mechanical rotating shutter. The shutter rotation is synchronized with film being pulled through the gate, hence shutter speed is a function of the frame rate and shutter angle. Where ''E'' = shutter speed (reciprocal of exposure time in seconds), ''F'' = frames per second, and ''S'' = shutter angle: