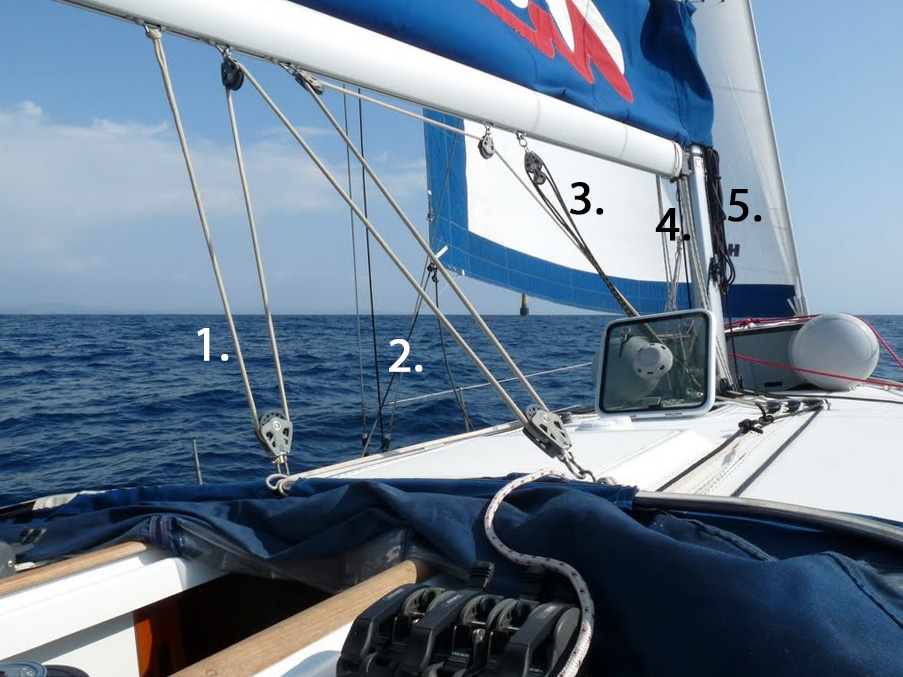 In centuries past, a ship's rigging was typically fashioned from rope. In the 19th century this was commonly referred to as Manilla, a reference to the origin of much good quality rope. Traditionally the running rigging was easily recognized since, for flexibility, it was not coated with tar and therefore of a lighter color than the standing rigging which was tarred for protection from weather and therefore darker or even black in color. On modern vessels, running rigging is likely to be made from synthetic fibers, while the standing rigging is most often fashioned from stainless steel "wire rope". Since the 1990s, several new synthetic fibers have become common, particularly on racing and other high-performance sailing boats. These fibers include Ultra High Molecular Weight Polyethylene (UHMWPE) (also known as Spectra or Dynema), Vectran, and Technora.

Fore-and-aft rigged vessels have rigging that supports, shapes, and adjusts the sails to optimize their performance in the wind.

* Halyards (sometimes haulyards), are used to raise sails and control luff tension. In large yachts the halyard returns to the deck but in small racing dinghies the head of the sail is attached by a short line to the head of the mast while the boat is lying on its gunwale.