A projectile is any object thrown by the exertion of a force. It can also be defined as an object launched into the space and allowed to move free under the influence of gravity and air resistance. Although any object in motion through space (for example a thrown baseball, kicked football, fired bullet, thrown arrow, stone released from catapult) may be called projectiles, they are commonly found in warfare and sports. Mathematical equations of motion are used to analyze projectile trajectories. 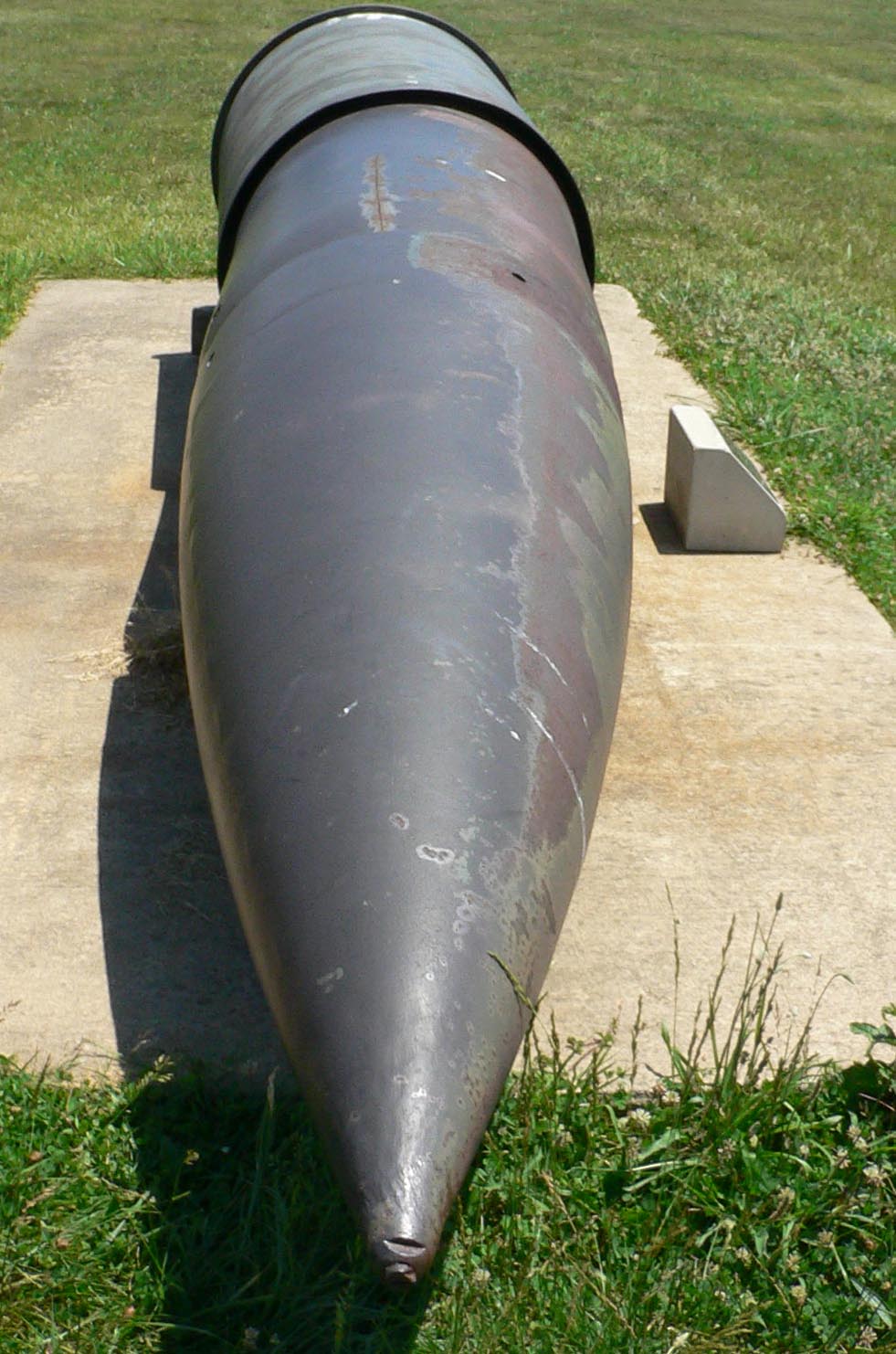 Blowguns and pneumatic rifles use compressed gases, while most other guns and cannons utilize expanding gases liberated by sudden chemical reactions by propellants like smokeless powder. Light-gas guns use a combination of these mechanisms. Railguns utilize electromagnetic fields to provide a constant acceleration along the entire length of the device, greatly increasing the muzzle velocity. Some projectiles provide propulsion during flight by means of a rocket engine or jet engine. In military terminology, a rocket is unguided, while a missile is guided. Note the two meanings of "rocket" (weapon and engine): an ICBM is a guided missile with a rocket engine. An explosion, whether or not by a weapon, causes the debris to act as multiple high velocity projectiles. An explosive weapon, or device may also be designed to produce many high velocity projectiles by the break-up of its casing, these are correctly termed fragments.

Many projectiles, e.g. shells, may carry an explosive charge or another chemical or biological substance. Aside from explosive payload, a projectile can be designed to cause special damage, e.g. fire (see also early thermal weapons), or poisoning (see also arrow poison).

A projectile that does not contain an explosive charge or any other kind of payload is termed a ''kinetic projectile'', ''kinetic energy weapon'', ''kinetic energy warhead'', ''kinetic warhead'', ''kinetic kill vehicle'' or ''kinetic penetrator''. Typical kinetic energy weapons are blunt projectiles such as rocks and round shots, pointed ones such as arrows, and somewhat pointed ones such as bullets. Among projectiles that do not contain explosives are those launched from railguns, coilguns, and mass drivers, as well as kinetic energy penetrators. All of these weapons work by attaining a high muzzle velocity, or initial velocity, generally up to hypervelocity, and collide with their targets, converting the kinetic energy associated with the relative velocity between the two objects into destructive shock waves and heat. Other types of kinetic weapons are accelerated over time by a rocket engine, or by gravity. In either case, it is this kinetic energy that destroys its target. Some kinetic weapons for targeting objects in spaceflight are anti-satellite weapons and anti-ballistic missiles. Since in order to reach an object in orbit it is necessary to attain an extremely high velocity, their released kinetic energy alone is enough to destroy their target; explosives are not necessary. For example: the energy of TNT is 4.6 MJ/kg, and the energy of a kinetic kill vehicle with a closing speed of is 50 MJ/kg. For comparison, 50MJ is equivalent to the kinetic energy of a school bus weighing 5 metric tons, traveling at . This saves costly weight and there is no detonation to be precisely timed. This method, however, requires direct contact with the target, which requires a more accurate trajectory. Some hit-to-kill warheads are additionally equipped with an explosive directional warhead to enhance the kill probability (e.g. Israeli Arrow missile or U.S. Patriot PAC-3). With regard to anti-missile weapons, the Arrow missile and MIM-104 Patriot PAC-2 have explosives, while the Kinetic Energy Interceptor (KEI), Lightweight Exo-Atmospheric Projectile (LEAP, used in Aegis BMDS), and THAAD do not (see Missile Defense Agency). A kinetic projectile can also be dropped from aircraft. This is applied by replacing the explosives of a regular bomb with a non-explosive material (e.g. concrete), for a precision hit with less collateral damage. A typical bomb has a mass of and a speed of impact of . It is also applied for training the act of dropping a bomb with explosives

This method has been used in Operation Iraqi Freedom and the subsequent military operations in Iraq by mating concrete-filled training bombs with JDAM GPS guidance kits, to attack vehicles and other relatively "soft" targets located too close to civilian structures for the use of conventional high explosive bombs. A Prompt Global Strike may use a kinetic weapon. A kinetic bombardment may involve a projectile dropped from Earth orbit. A hypothetical kinetic weapon that travels at a significant fraction of the speed of light, usually found in science fiction, is termed a relativistic kill vehicle (RKV).

Some projectiles stay connected by a cable to the launch equipment after launching it: * for guidance: wire-guided missile (range up to ) * to administer an electric shock, as in the case of a Taser (range up to ); two projectiles are shot simultaneously, each with a cable. * to make a connection with the target, either to tow it towards the launcher, as with a whaling harpoon, or to draw the launcher to the target, as a grappling hook does. *Bolo shotgun ammunition