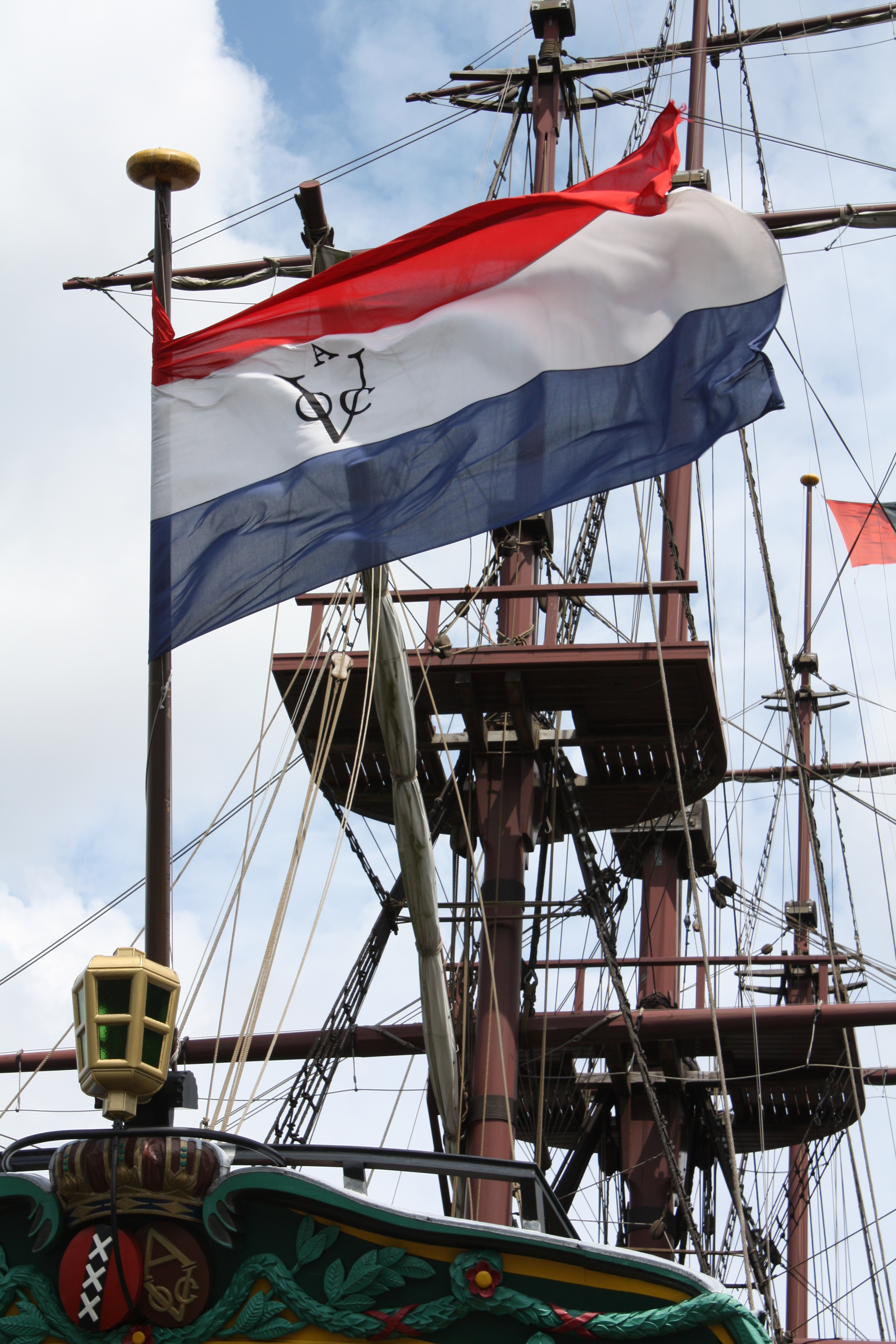 A multinational corporation (MNC) is usually a large corporation incorporated in one country which produces or sells goods or services in various countries. Two common characteristics shared by MNCs are their large size and the fact that their worldwide activities are centrally controlled by the parent companies. * Importing and exporting goods and services * Making significant investments in a foreign country * Buying and selling licenses in foreign markets * Engaging in contract manufacturing — permitting a local manufacturer in a foreign country to produce its products * Opening manufacturing facilities or assembly operations in foreign countries MNCs may gain from their global presence in a variety of ways. First of all, MNCs can benefit from the economy of scale by spreading R&D expenditures and advertising costs over their global sales, pooling global purchasing power over suppliers, and utilizing their technological and managerial know-how globally with minimal additional costs. Furthermore, MNCs can use their global presence to take advantage of underpriced labor services available in certain developing countries, and gain access to special R&D capabilities residing in advanced foreign countries. The problem of moral and legal constraints upon the behavior of multinational corporations, given that they are effectively "stateless" actors, is one of several urgent global socioeconomic problems that emerged during the late twentieth century. Potentially, the best concept for analyzing society's governance limitations over modern corporations is the concept of "stateless corporations". Coined at least as early as 1991 in ''Business Week'', the conception was theoretically clarified in 1993: that an empirical strategy for defining a stateless corporation is with analytical tools at the intersection between demographic analysis and transportation research. This intersection is known as logistics management, and it describes the importance of rapidly increasing global mobility of resources. In a long history of analysis of multinational corporations we are some quarter century into an era of stateless corporations - corporations which meet the realities of the needs of source materials on a worldwide basis and to produce and customize products for individual countries. One of the first multinational business organizations, the East India Company, was established in 1601. After the East India Company, came the Dutch East India Company, founded March 20, 1603, which would become the largest company in the world for nearly 200 years. The main characteristics of multinational companies are: * In general, there is a national strength of large companies as the main body, in the way of foreign direct investment or acquire local enterprises, established subsidiaries or branches in many countries; * It usually has a complete decision-making system and the highest decision-making centre, each subsidiary or branch has its own decision-making body, according to their different features and operations to make decisions, but its decision must be subordinated to the highest decision-making centre; * MNCs seek markets in worldwide and rational production layout, professional fixed-point production, fixed-point sales products, in order to achieve maximum profit; * Due to strong economic and technical strength, with fast information transmission, as well as funding for rapid cross-border transfers, the multinational has stronger competitiveness in the world; * Many large multinational companies have varying degrees of monopoly in some area, due to economic and technical strength or production advantages.

When a corporation invests in the country which it is not domiciled, it is called foreign direct investment (FDI). Countries may place restrictions on direct investment; for example, China has historically required partnerships with local firms or special approval for certain types of investments by foreigners, although some of these restrictions were eased in 2019. Similarly, the United States Committee on Foreign Investment in the United States scrutinizes foreign investments. In addition, corporations may be prohibited from various business transactions by international sanctions or domestic laws. For example, Chinese domestic corporations or citizens have limitations on their ability to make foreign investments outside of China, in part to reduce capital outflow. Countries can impose extraterritorial sanctions on foreign corporations even for doing business with other foreign corporations, which occurred in 2019 with the United States sanctions against Iran; European companies faced with the possibility of losing access to the US market by trading with Iran. International investment agreements also facilitate direct investment between two countries, such as the North American Free Trade Agreement and most favored nation status.

Multinational corporations can select from a variety of jurisdictions for various subsidiaries, but the ultimate parent company can select a single legal domicile; ''The Economist'' suggests that the Netherlands has become a popular choice, as its company laws have fewer requirements for meetings, compensation, and audit committees, and Great Britain had advantages due to laws on withholding dividends and a double-taxation treaty with the United States. Corporations can legally engage in tax avoidance through their choice of jurisdiction, but must be careful to avoid illegal tax evasion.

Corporations that are broadly active across the world without a concentration in one area have been called stateless or "transnational" (although "transnational corporation" is also used synonymously with "multinational corporation"), but as of 1992, a corporation must be legally domiciled in a particular country and engage in other countries through foreign direct investment and the creation of foreign subsidiaries. Geographic diversification can be measured across various domains, including ownership and control, workforce, sales, and regulation and taxation.

Multinational corporations may be subject to the laws and regulations of both their domicile and the additional jurisdictions where they are engaged in business. In some cases, the jurisdiction can help to avoid burdensome laws, but regulatory statutes often target the "enterprise" with statutory language around "control". , the United States and most OECD countries have legal authority to tax a domiciled parent corporation on its worldwide revenue, including subsidiaries; , the US applies its corporate taxation "extraterritorially", which has motivated tax inversions to change the home state. By 2019, most OECD nations, with the notable exception of the US, had moved to territorial tax in which only revenue inside the border was taxed; however, these nations typically scrutinize foreign income with controlled foreign corporation (CFC) rules to avoid base erosion and profit shifting. In practice, even under an extraterritorial system taxes may be deferred until remittance, with possible repatriation tax holidays, and subject to foreign tax credits. Countries generally cannot tax the worldwide revenue of a foreign subsidiary, and taxation is complicated by transfer pricing arrangements with parent corporations.

For small corporations, registering a foreign subsidiary can be expensive and complex, involving fees, signatures, and forms; a professional employer organization (PEO) is sometimes advertised as a cheaper and simpler alternative, but not all jurisdictions have laws accepting these types of arrangements.

Disputes between corporations in different nations is often handled through international arbitration.

The actions of multinational corporations are strongly supported by economic liberalism and free market system in a globalized international society. According to the economic realist view, individuals act in rational ways to maximize their self-interest and therefore, when individuals act rationally, markets are created and they function best in free market system where there is little government interference. As a result, international wealth is maximized with free exchange of goods and services. To many economic liberals, multinational corporations are the vanguard of the liberal order. They are the embodiment par excellence of the liberal ideal of an interdependent world economy. They have taken the integration of national economies beyond trade and money to the internationalization of production. For the first time in history, production, marketing, and investment are being organized on a global scale rather than in terms of isolated national economies. International business is also a specialist field of academic research. Economic theories of the multinational corporation include internalization theory and the eclectic paradigm. The latter is also known as the OLI framework. The other theoretical dimension of the role of multinational corporations concerns the relationship between the globalization of economic engagement and the culture of national and local responses. This has a history of self-conscious cultural management going back at least to the 60s. For example:

"Multinational enterprise" (MNE) is the term used by international economist and similarly defined with the multinational corporation (MNC) as an enterprise that controls and manages production establishments, known as plants located in at least two countries. The multinational enterprise (MNE) will engage in foreign direct investment (FDI) as the firm makes direct investments in host country plants for equity ownership and managerial control to avoid some transaction costs.