Lake Tahoe (; was|dáʔaw, 'the lake') is a large freshwater lake in the Sierra Nevada of the United States. Lying at , it straddles the state line between California and Nevada, west of Carson City. Lake Tahoe is the largest alpine lake in North America, and at it trails only the five Great Lakes as the largest by volume in the United States. Its depth is , making it the second deepest in the United States after Crater Lake in Oregon (). The lake was formed about two million years ago as part of the Lake Tahoe Basin, and its modern extent was shaped during the ice ages. It is known for the clarity of its water and the panorama of surrounding mountains on all sides. The area surrounding the lake is also referred to as Lake Tahoe, or simply Tahoe. More than 75% of the lake's watershed is national forest land, being the Lake Tahoe Basin Management Unit of the United States Forest Service. Lake Tahoe is a major tourist attraction in both Nevada and California. It is home to winter sports, summer outdoor recreation, and scenery enjoyed throughout the year. Snow and ski resorts are a significant part of the area's economy and reputation. The Nevada side also offers several lakeside casino resorts, with highways providing year-round access to the entire area.

The English name for Lake Tahoe derives from the Washo word "dá’aw," meaning "The Lake."

Lake Tahoe is the second deepest lake in the U.S., with a maximum depth of , trailing Oregon's Crater Lake at . Tahoe is the 16th deepest lake in the world, and the fifth deepest in average depth. It is about long and wide and has of shoreline and a surface area of . The lake is so large that its surface is noticeably convex due to the curvature of the earth. At lake level the opposing shorelines are below the horizon at its widest parts; by nearly at its maximum width, and by some along its length. Visibility may vary somewhat with atmospheric refraction; when the air temperature is much greater than the lake temperature, looming may occur where the lake surface or opposing shoreline is lifted above the horizon. Fata Morgana may be responsible for Tahoe Tessie sightings.

Approximately two-thirds of the shoreline is in California. The south shore is dominated by the lake's largest city, South Lake Tahoe, California, which adjoins the town of Stateline, Nevada, while Tahoe City, California, is located on the lake's northwest shore. Although highways run within sight of the lake shore for much of Tahoe's perimeter, many important parts of the shoreline lie within state parks or are protected by the United States Forest Service. The Lake Tahoe Watershed (USGS Huc 18100200) of includes the land area that drains to the lake and the Lake Tahoe drainage divide traverses the same general area as the Tahoe Rim Trail. Lake Tahoe is fed by 63 tributaries. These drain an area about the same size as the lake and produce half its water, the other half by direct precipitation. 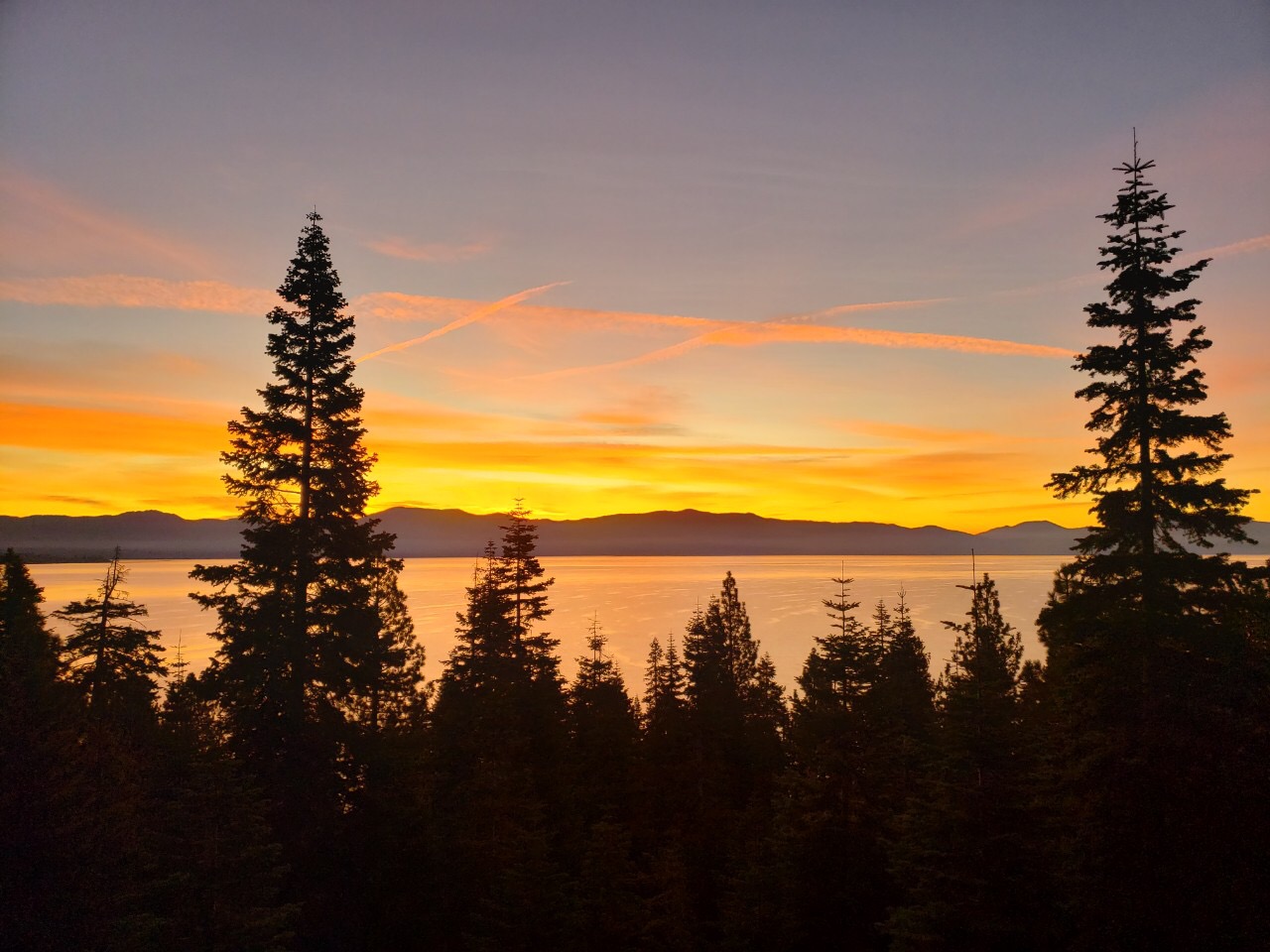 The Truckee River is the lake's only outlet,