Joseph Stanley Williams (born September 1, 1960) is an American singer, songwriter and film score composer, best known for his work in the rock band Toto, which he fronted as lead vocalist from 1986 to 1988, 2010 to 2019 and again since 2020. He is a son of film composer
John Williams John Towner Williams (born February 8, 1932) is an American composer A composer (Latin Latin (, or , ) is a classical language belonging to the Italic languages, Italic branch of the Indo-European languages. Latin was originally spoken i ...
and actress Barbara Ruick and a grandson of
jazz Jazz is a music genre that originated in the African-American communities of New Orleans, Louisiana, United States, in the late 19th and early 20th centuries, with its roots in blues and ragtime. Since the 1920s Jazz Age, it has been recognize ...
drummer Johnny Williams and actors
Melville Ruick Melville Ruick (July 8, 1898 - December 24, 1972) was an American actor. Early years Ruick was born in Boise, Idaho in 1898. His father was a U.S. district attorney in Idaho, and Ruick studied law at the University of California. Military s ...
and Lurene Tuttle. 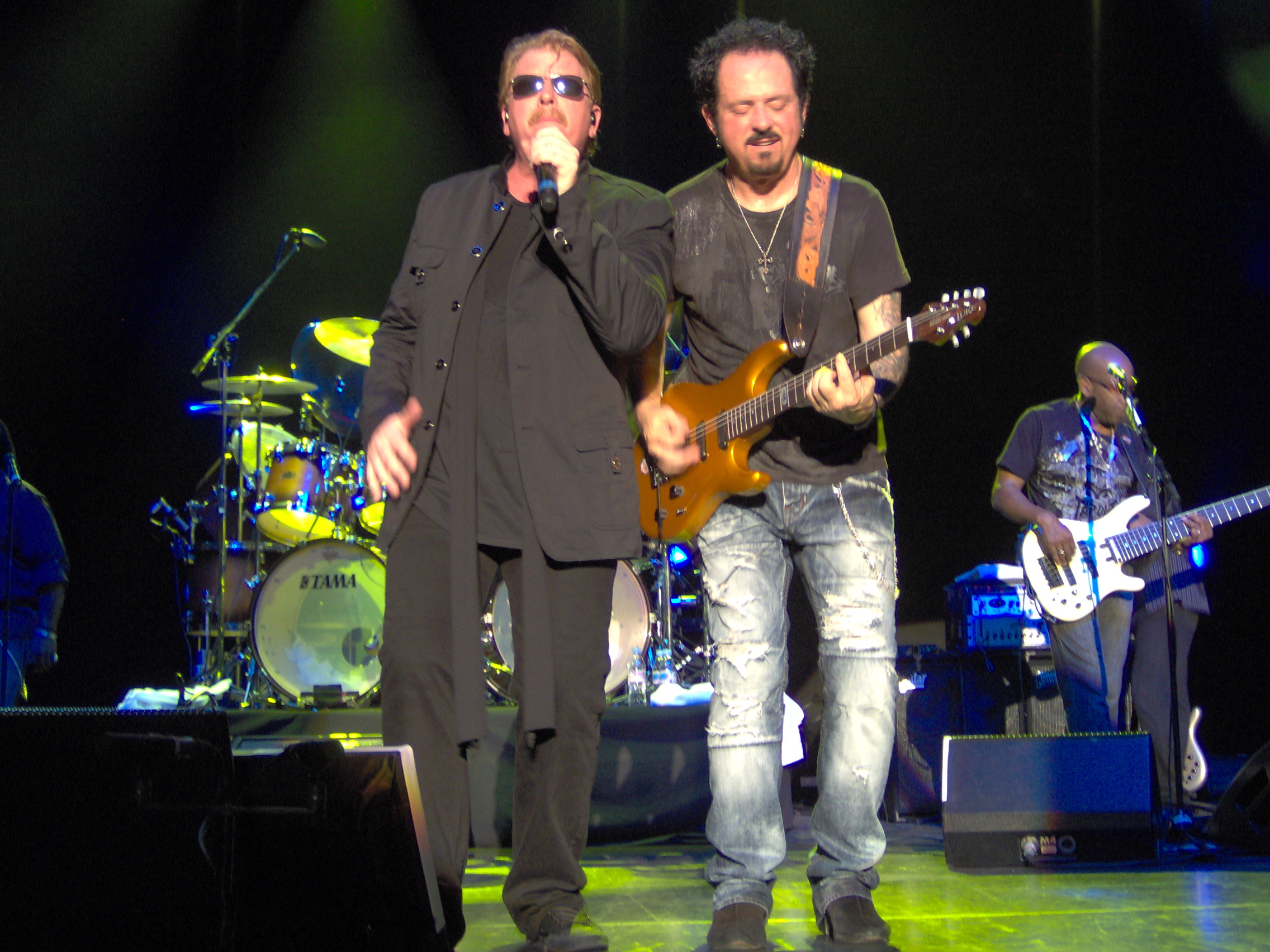 Williams was lead vocalist with Toto during the mid-to-late 1980s and was featured on the albums ''
Fahrenheit The Fahrenheit scale ( or ) is a temperature scale based on one proposed in 1724 by the physicist A physicist is a scientist A scientist is a person who conducts Scientific method, scientific research to advance knowledge in an Branches ...
'' (1986) and '' The Seventh One'' (1988) before leaving due to personal problems. He can also be heard on the album '' Toto XX'' (1998), a compilation of rare and unreleased tracks. He is featured on Toto's 2006 album, '' Falling in Between'', sharing lead vocals with Steve Lukather on "Bottom of Your Soul". In addition to his guest spot on ''Falling in Between'', Williams was a guest singer at several Toto concerts. Williams rejoined Toto upon its reformation in 2010 and performed on the band's recent live albums and the 2015 studio album ''Toto XIV''. When the group disbanded in 2019 and subsequently reformed in 2020, Williams was the only member from the previous lineup besides Lukather to return.

Solo work as a singer

Williams released his first, self-titled solo album in 1982. After his initial tenure with Toto, he has released several more. Many of Toto's members have contributed to his solo work over the years. In 2003, he released an album called ''Vertigo'', a project he initiated, but where he was not in full charge of the production, only recording and supplying the vocals. The second Vertigo album, ''Vertigo 2'', was released in 2006. Williams released an album of cover songs from renowned artists such as Elton John, Bryan Adams, Diane Warren, and Kevin Cronin in 2006, called ''Two of Us (Joseph Williams album), Two of Us'', featuring piano and voice only. He returned with two more voice & piano albums in 2007, ''Smiles'' and ''Tears (Joseph Williams album), Tears'', also consisting of classic hits by popular artists. His latest solo album containing original songs, ''This Fall'', was released in November 2008.

Work as a film composer

Joseph Williams has also been busy as a composer of film and drama scores, most notably for episodes of the science fiction series ''Roswell (TV series), Roswell'', and ''The Lyon's Den'' starring Rob Lowe. In 2003, he was nominated for an Emmy Award for "Outstanding Main Title Theme Music" for the TV series ''Miracles (TV series), Miracles''. The music to the CBS miniseries ''Category 7: The End of the World'' and the TV film ''Momentum (2003 film), Momentum'' were composed by him. He was the writer of the original English lyrics for the songs "Lapti Nek" and "Ewok Celebration" from the original 1983 release of ''Return of the Jedi'', which was Return of the Jedi (soundtrack), scored and conducted by his father
John Williams John Towner Williams (born February 8, 1932) is an American composer A composer (Latin Latin (, or , ) is a classical language belonging to the Italic languages, Italic branch of the Indo-European languages. Latin was originally spoken i ...
.

Williams has been in demand as a session vocalist and can be heard on numerous projects by other artists, as well as on Movie soundtracks. In 1985 he sang the vocals for the theme song of the animated TV series Disney's Adventures of the Gummi Bears. He provided backing vocals on Peter Cetera's album ''World Falling Down'' and co-wrote the song "Man in Me", lead vocals for three tracks – "Walk the Wire", "History" and "When You Look in My Eyes" – to Jay Graydon's ''Airplay for the Planet'' album, subsequently touring with the band and backing vocals on Jon Anderson's ''In the City of Angels'' in 1988, most prominently on the song "Top of the World (The Glass Bead Game)". In The Walt Disney Company, Disney's animated feature film ''The Lion King'', he can be heard as the singing voice of the Simba, Adult Simba, singing on the songs "Hakuna Matata (song), Hakuna Matata" and "Can You Feel the Love Tonight". He reprised this singing role in the direct-to-video animated film ''Mickey's Magical Christmas: Snowed in at the House of Mouse''. In 1997 and 1998 respectively, he shared vocal duties on two albums by the a cappella covers group The West Coast All Stars, the other vocalists being Bobby Kimball, Bill Champlin and Jason Scheff, whereas Tommy Funderburk replaced Champlin on the ''Naturally'' album. He sings background vocals on Chicago (band), Chicago's "King of Might Have Been" on the 2006 album ''Chicago XXX'' as well as on "Let's Take a Lifetime" on the 1993-recorded/2008-released album ''Chicago XXXII: Stone of Sisyphus''. The song "What You're Missing" from the Chicago album ''Chicago 16'' was co-written by him. He also sings backing vocals on five tracks from Steve Lukather's solo album ''Ever Changing Times'' in addition to lending his vocals to another of Lukather's solo albums, ''All's Well That Ends Well (Steve Lukather album), All's Well That Ends Well''. 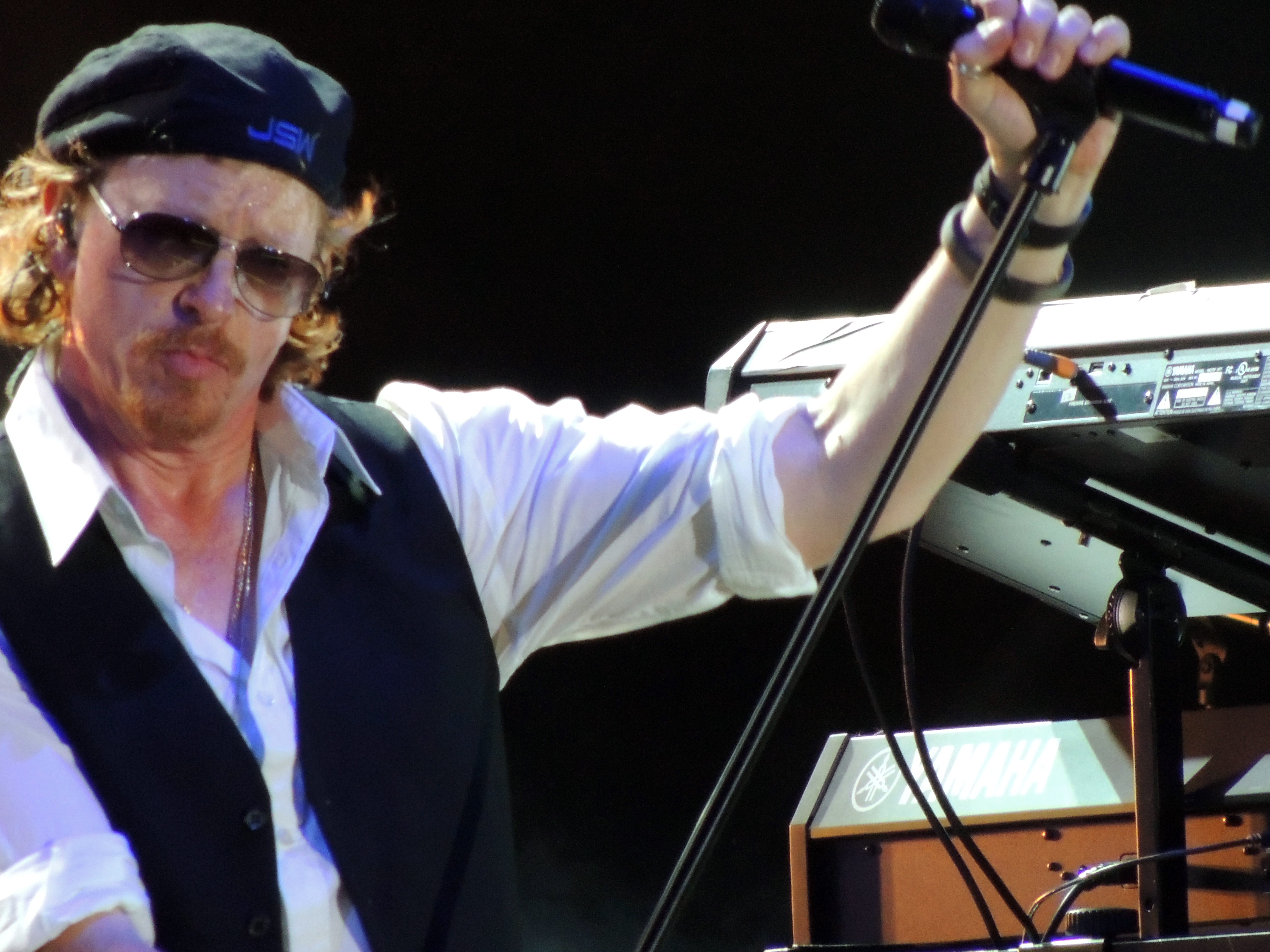