There can be more than one primitive object, such as points (pictured above), that form an intersection. The intersection can be viewed collectively as all of the shared objects (i.e., the intersection operation results in a set, possibly empty), or as several intersection objects (possibly zero). 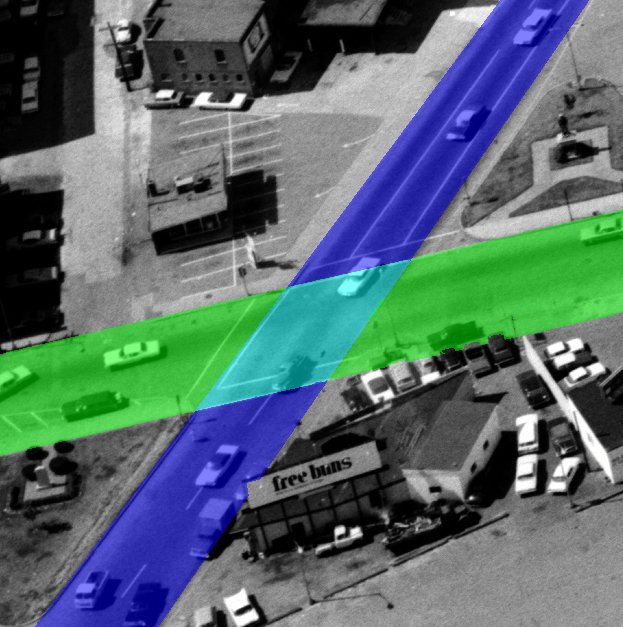 Intersection is denoted by the from Unicode Mathematical Operators. The symbol was first used by Hermann Grassmann in ''Die Ausdehnungslehre von 1844'' as general operation symbol, not specialized for intersection. From there, it was used by Giuseppe Peano (1858-1932) for intersection, in 1888 in ''Calcolo geometrico secondo l'Ausdehnungslehre di H. Grassmann''. Peano also created the large symbols for general intersection and union of more than two classes in his 1908 book ''Formulario mathematico''.