Click Here for Items Related To - HarperCollins
HarperCollins Publishers LLC is one of the world's largest publishing companies and is one of the Big Five English-language publishing companies, alongside Penguin Random House, Simon & Schuster, Hachette, and Macmillan. The company is headquartered in New York City and is a subsidiary of News Corp. The name is a combination of several publishing firm names: Harper & Row, an American publishing company acquired in 1987—whose own name was the result of an earlier merger of Harper & Brothers (founded in 1817) and Row, Peterson & Company—together with UK publishing company William Collins, Sons (founded in 1819), acquired in 1989. The worldwide CEO of HarperCollins is Brian Murray. HarperCollins has publishing groups in the United States, Canada, the United Kingdom, Australia, New Zealand, India, and China. The company publishes many different imprints, both former independent publishing houses and new imprints. 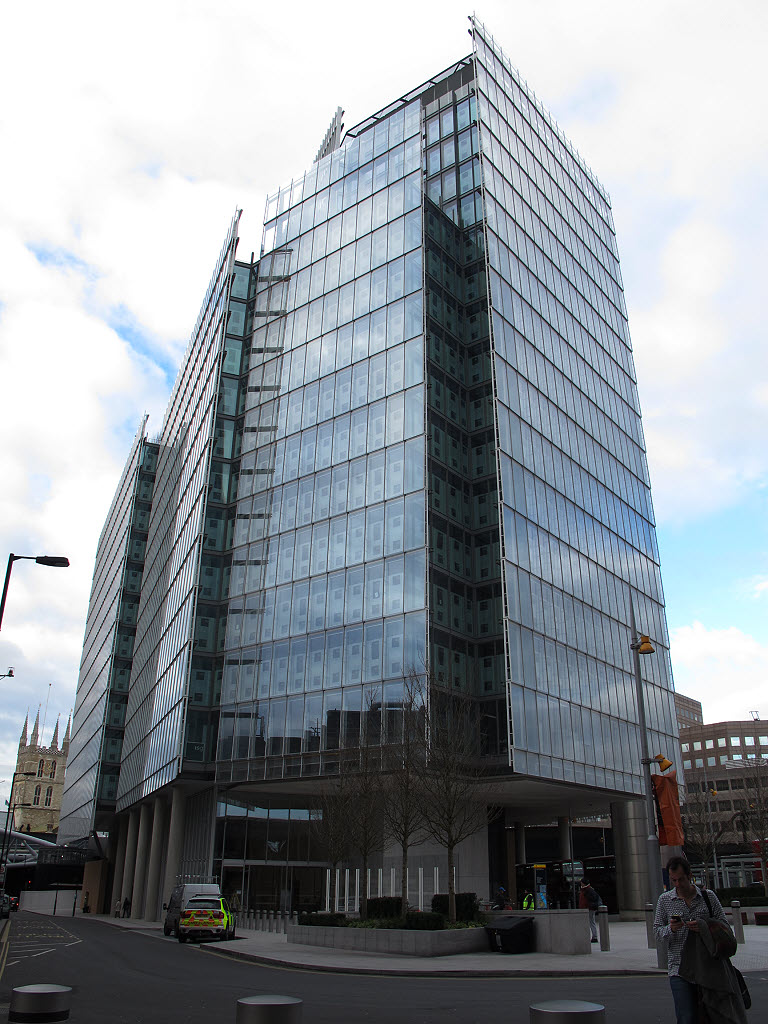 Collins was bought by Rupert Murdoch's News Corporation in 1989, and was combined with Harper & Row, which NewsCorp had acquired two years earlier. In addition to the simplified and merged name, the logo for HarperCollins was derived from the torch logo for Harper and Row, and the fountain logo for Collins, which were combined into a stylized depiction of flames atop waves. In 1990, HarperCollins sold J. B. Lippincott & Co., its medical publishing division, to the Dutch publisher Wolters Kluwer. In 1996, HarperCollins sold Scott Foresman and HarperCollins College to Pearson, which merged them with Addison-Wesley Longman. News Corporation purchased the Hearst Book Group, consisting of William Morrow & Company and Avon Books, in 1999. These imprints are now published under the rubric of HarperCollins. HarperCollins bought educational publisher Letts and Lonsdale in March 2010. In 2011, HarperCollins announced they had agreed to acquire the publisher Thomas Nelson. The purchase was completed on July 11, 2012, with an announcement that Thomas Nelson would operate independently given the position it has in Christian book publishing. Both Thomas Nelson and Zondervan were then organized as imprints, or "keystone publishing programs," under a new division, HarperCollins Christian Publishing. Key roles in the reorganization were awarded to former Thomas Nelson executives. In 2012, HarperCollins acquired part of the trade operations of John Wiley & Son in Canada. In 2014, HarperCollins acquired Canadian romance publisher Harlequin Enterprises for C$455 million. In 2018, HarperCollins acquired the business publisher Amacom from the American Management Association. In 2020, HarperCollins acquired the children's publishers Egmont Books UK, Egmont Poland and Schneiderbuch Germany from the Egmont Group. On March 29, 2021, HarperCollins announced that it would acquire HMH Books & Media, the trade publishing division of Houghton Mifflin Harcourt, for $349 million. The deal would allow HMH to pay down its debt and focus on digital education.

Brian Murray, the current CEO of HarperCollins, succeeded Jane Friedman who was CEO from 1997 to 2008. Notable management figures include Lisa Sharkey, current senior vice president and director of creative development and Barry Winkleman from 1989 to 1994.

In April 2012, the United States Department of Justice filed ''United States v. Apple Inc.'', naming Apple, HarperCollins, and four other major publishers as defendants. The suit alleged that they conspired to fix prices for e-books, and weaken Amazon.com's position in the market, in violation of antitrust law. In December 2013, a federal judge approved a settlement of the antitrust claims, in which HarperCollins and the other publishers paid into a fund that provided credits to customers who had overpaid for books due to the price-fixing.

It was announced to employees privately and then later in the day on November 5, 2012, that HarperCollins was closing its remaining two US warehouses, in order to merge shipping and warehousing operations with R. R. Donnelley in Indiana. The Scranton, Pennsylvania warehouse closed in September 2013 and a Nashville, Tennessee warehouse, under the name (D.B.A.) Thomas Nelson (which distributes the religious arm of HarperCollins/Zondervan Books), in the winter of 2013. Several office positions and departments continued to work for HarperCollins in Scranton, but in a new location. The Scranton warehouse closing eliminated approximately 200 jobs, and the Nashville warehouse closing eliminated up to 500 jobs; the exact number of distribution employees is unknown. HarperCollins previously closed two US warehouses, one in Williamsport, Pennsylvania in 2011 and another in Grand Rapids, Michigan in 2012. “We have taken a long-term, global view of our print distribution and are committed to offering the broadest possible reach for our authors," said HarperCollins Chief Executive Brian Murray, according to Publishers Weekly."We are retooling the traditional distribution model to ensure we can competitively offer the entire HarperCollins catalog to customers regardless of location.” Company officials attribute the closings and mergers to the rapidly growing demand for e-book formats and the decline in print purchasing.

In June 2020, HarperCollins was one of a group of publishers who sued the Internet Archive, arguing that its collection of e-books was denying authors and publishers revenue and accusing the library of "willful mass copyright infringement".

In September 2020, HarperCollins sued Lindsay Lohan for entering into a book deal and collecting a $350,000 advance for a tell-all memoir that never materialized.

HarperCollins has more than 120 book imprints, most of which are based in the United States. Collins still exists as an imprint, chiefly for wildlife and natural history books, field guides, as well as for English and bilingual dictionaries based on the Bank of English, a large corpus of contemporary English texts. On February 8, 2013, it was announced that some parts of the Collins non-fiction imprint would be merged with the HarperPress imprint to form the new William Collins imprint. HarperCollins imprints (current and defunct, including imprints that existed prior to various mergers) include:

In 2008, HarperCollins launched a browsing feature on its website to allow customers can read selected excerpts from books before purchasing, on both desktop and mobile browsers. This functionality gave the publisher's website the ability to compete with physical bookstores, in which customers can typically look at the book itself, and Amazon's use of excerpts ("teasers") for online book purchasers. At the beginning of October 2013, the company announced a partnership with online digital library Scribd. The official statement revealed that the "majority" of the HarperCollins US and HarperCollins Christian catalogs will be available in Scribd's subscription service. Chantal Restivo-Alessi, chief digital officer at HarperCollins, explained to the media that the deal represents the first time that the publisher has released such a large portion of its catalog. HarperCollins formerly operated ''authonomy'', an online community of authors, from 2008 to 2015. The website offered an alternative to the traditional "slush pile" approach for handling unsolicited manuscripts sent to a publisher with little chance of being reviewed. Using authonomy, authors could submit their work for peer review and ranking by other members; the five highest-ranked manuscripts each month would be read by HarperCollins editors for potential publication. The site was closed after authors "learned to game the system" to earn top-five rankings, and fewer authonomy titles were selected to be published. From 2009 to 2010, HarperCollins operated Bookarmy, a social networking site.

The HarperCollins Speakers Bureau (also known as HCSB) is the first lecture agency to be created by a major publishing house. It was launched in May 2005 as a division of HarperCollins to book paid speaking engagements for the authors HarperCollins, and its sister companies, publish. Andrea Rosen is the director. Some of the notable authors the HCSB represents include Carol Alt, Dennis Lehane, Gregory Maguire, Danny Meyer, Mehmet Oz, Sidney Poitier, Ted Sorensen, and Kate White.

HarperAcademic
is the academic marketing department of HarperCollins. HarperAcademic provides instructors with the latest in adult titles for course adoption at the high school and college level, as well as titles for first-year and other common read programs at academic institutions. They also attend several major academic conferences to showcase new titles for academic professionals.
HarperAcademic Calling
a podcast produced by the department, provides interviews with authors of noteworthy titles.

HarperCollins announced HarperStudio in 2008 as a "new, experimental unit... that will eliminate the traditional profit distributions to authors. The long-established author advances and bookseller returns has not proved to be very profitable to either the author or the publisher. The approach HarperStudio is now taking is to offer little or no advance, but instead to split the profit 50% (rather than the industry standard 15%), with the author." The division was headed by Bob Miller, previously the founding publisher of Hyperion, the adult books division of the Walt Disney Company. HarperStudio folded in March 2010 after Miller left for Workman Publishing.

HarperCollins Publishers India Pvt Ltd. is a wholly owned subsidiary of HarperCollins Worldwide. It came into being in 1992.

''If I Did It'' was a book written by O. J. Simpson about his alleged murder of Nicole Simpson, which was planned as a HarperCollins title, and which attracted considerable controversy and a legal battle over publication.

In August 2010, the company became embroiled in a legal battle with the BBC after a book it was due to publish, later identified as the forthcoming autobiography of racing driver Ben Collins, revealed the identity of The Stig from ''Top Gear''. In his blog, Top Gear executive producer Andy Wilman accused HarperCollins of "hoping to cash in" on the BBC's intellectual property, describing the publishers as "a bunch of chancers". On September 1 the BBC's request for an injunction preventing the book from being published was turned down, effectively confirming the book's revelation that "The Stig" was indeed Collins.

The company became embroiled in controversy in 1998 after it was revealed it blocked Chris Patten's (the last British governor of Hong Kong) book ''East and West'' after a direct intervention by the then-CEO of News International, Rupert Murdoch. It was later revealed by Stuart Proffitt, the editor who had worked on the book for HarperCollins, that this intervention was designed to appease the Chinese authorities‒of whom the book was critical‒as Murdoch intended to extend his business empire into China and did not wish to cause problems there by allowing the book to be published. Murdoch's intervention caused both Proffitt's resignation from the company and outrage from international media outside of News International. Chris Patten later published with Macmillan Publishing, initially in America, where it carried the logo "The book that Rupert Murdoch refused to publish". After a successful legal campaign against HarperCollins, Patten went on to publish the book in the UK in September 1998 after accepting a sum of £500,000 and receiving an apology from Rupert Murdoch.

In March 2011, HarperCollins announced it would distribute eBooks to libraries with DRM enabled to delete the item after being lent 26 times. HarperCollins has drawn criticism of this plan, in particular its likening eBooks, which are purely digital, to traditional paperback trade books, which wear over time.

Omission of Israel from an atlas

In December 2014, ''The Tablet'' reported that an atlas published for Middle East schools did not label Israel on a map of the Middle East. A representative for Collins Bartholomew, a subsidiary of HarperCollins that specializes in maps, explained that including Israel would have been “unacceptable” to their customers in the Arab states of the Persian Gulf and the omission was in line with “local preferences”. The company later apologized and destroyed all the books.

HarperCollins announced in January 2017 that they would discontinue selling copies of Monica Crowley's book ''What the (Bleep) Just Happened?'', due to allegations of plagiarism. The 2012 book had lifted passages from a number of sources including columns, news articles and think tank reports. HarperCollins said in a statement to CNN's KFile, "The book which has reached the end of its natural sales cycle, will no longer be offered for purchase until such time as the author has the opportunity to source and revise the material.

* COBUILD – a research facility set up by Collins in conjunction with the University of Birmingham * ''Harper's Magazine'' – a separately owned magazine, although begun by the original Harper & Brothers * List of largest UK book publishers * The Lord of the Rings; HarperCollins is the current non-US publisher of the Tolkien series * Books in the United States