{{infobox information appliance | logo = Nexus logo 2015.svg | logo_size = 170px | image = | caption = Top: Google Nexus logo
Bottom: Nexus 6P, one of the most recent Nexus smartphones | developer = Google | manufacturer = Google, various | type = Smartphones, tablets, digital media players | os = Android OS | releasedate = {{start date and age|2010|1|5 | service = {{plainlist| * Android Market (2010–2012) * Google Play (2012–present) Google Nexus was a line of consumer electronic devices that ran the Android operating system. Google managed the design, development, marketing, and support of these devices, but some development and all manufacturing were carried out by partnering with original equipment manufacturers (OEMs). The line also included tablets and streaming media players, though neither type of device are currently available. The most recent tablet was the Nexus 9 (made with HTC), and the most recent streaming media player the Nexus Player (made with Asus). Devices in the Nexus line were considered Google's flagship Android products. They contained little to no manufacturer or wireless carrier modifications to Android (such as custom user interfaces), although devices sold through carriers may be SIM locked and had some extra branding. The Verizon Galaxy Nexus featured a Verizon logo on the back and received software updates at a slower pace than the unlocked variant, though it featured different hardware to accommodate Verizon's CDMA network. All Nexus devices featured an unlockable bootloader to allow further development and end-user modification. Nexus devices are often among the first Android devices to receive updates to the operating system. With the expansion of the Google Pixel product line in late 2016, Google stated that they "don't want to close a door completely, but there is no plan right now to do more Nexus devices." In 2017, Google partnered with HMD Global in making new Nokia phones, which have been considered by some as a revival of Nexus. 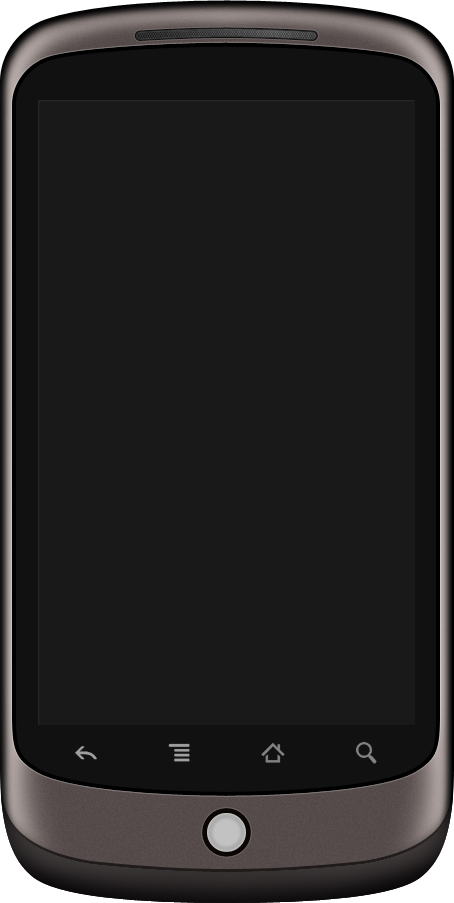 The Nexus One was manufactured by HTC and released in January 2010 as the first Nexus phone. It was released with Android 2.1 Eclair, and was updated in May 2010 to be the first phone with Android 2.2 Froyo. It was further updated to Android 2.3 Gingerbread. It was announced that Google would cease support for the Nexus One, whose graphics processing unit (GPU) is poor at rendering the new 2D acceleration engine of the UI in Android 4.0 Ice Cream Sandwich. The Nexus S and newer models have hardware designed to handle the new rendering. It was the only Nexus device to have card storage expandability (SD). * Display: 3.7" display with 800×480 pixel resolution * CPU: 1 GHz Qualcomm Scorpion * Storage: 512 MB (expandable) * RAM: 512 MB * GPU: Adreno 200 * Camera: 5 MP rear camera

The Galaxy Nexus, manufactured by Samsung, was released in November 2011 (GSM version, US version released on December 15, 2011) to coincide with the release of Android 4.0 Ice Cream Sandwich. The device support was ended after 4.3 Jelly Bean and no longer receives updates from Google. This device is known in Brazil as Galaxy X due to a trademark on the "Nexus" brand. It is also the last Nexus device to have a removable battery. * Display: 4.65" HD Super AMOLED display with 1280×720 pixel resolution * CPU: 1.2 GHz dual-core ARM Cortex A9 * Storage: 16 or 32 GB * RAM: 1 GB 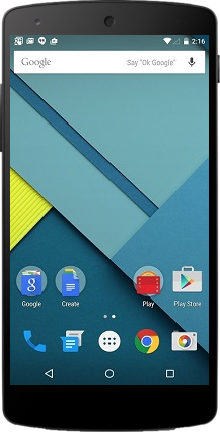 = {{main|Nexus 7 (2013) On July 24, 2013, at Google's "Breakfast with Sundar Pichai" press conference, Pichai introduced the second generation Nexus 7, again co-developed with Asus. Keeping with Google Nexus tradition, it was simultaneously released with the latest version, Android 4.3 Jelly Bean. It was made available on July 26, 2013 at select retailers and on the Google Play store in the United States. On November 20, 2013, it was available from the Google Play stores in Hong Kong and India. On the same day, the Nexus Wireless Charger was made available in the United States and Canada. In December 2015, Google released Android 6.0.1 Marshmallow for the device. The Nexus 7 (2013) will not receive an official Android 7.0 Nougat update, meaning that Android 6.0.1 Marshmallow is the last officially supported Android version for the tablet. * Display: 7.02" display with 1920×1200 pixel resolution * Chipset: Qualcomm Snapdragon S4Pro * CPU: 1.51 GHz quad-core Krait 300 * Storage: 16 or 32 GB * RAM: 2 GB * GPU: 400 MHz quad-core Adreno 320 * Battery: 4325 mAh (non-removable)

The Nexus 9 is an 8.9-inch tablet running Android 5.0 Lollipop, developed in collaboration between Google and HTC. It was first announced on October 15, 2014 along with the Nexus 6 and the Nexus Player.