Click Here for Items Related To - Economy of Saudi Arabia


The economy of Saudi Arabia is one of the top twenty economies in the world, and the largest economy in the
Arab world The Arab world ( ar, العالم العربي '), formally the Arab homeland ( '), also known as the Arab nation ( '), the Arabsphere, or the Arab states, consists of the 22 Member states of the Arab League, Arab countries which are members of ...
and the
Middle East The Middle East is a list of transcontinental countries, transcontinental region in Afro-Eurasia which generally includes Western Asia (except for Transcaucasia), all of Egypt (mostly in North Africa), and Turkey (East Thrace, partly in So ... 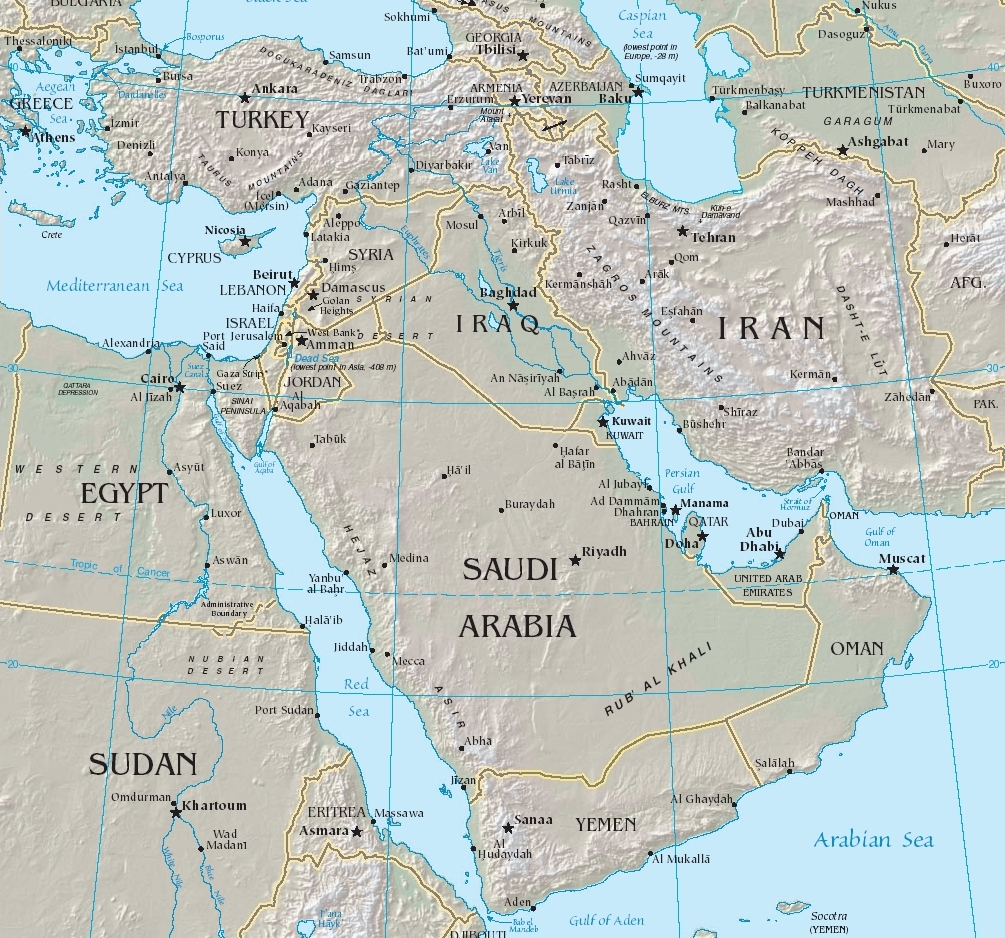 . Saudi Arabia is part of the G20 group of countries. With a total worth of $34.4 trillion,
Saudi Arabia (Shahada) , national_anthem = "National Anthem of Saudi Arabia, " "National Anthem of Saudi Arabia" , image_map = Saudi Arabia (orthographic projection).svg , capital = Riyadh , coordinates = , largest_city = Riyadh , official_languag ...
has the second most valuable natural resources in the world. The country has the second-largest proven petroleum reserves, and is the largest exporter of petroleum in the world. It also has the fifth-largest proven natural gas reserves and is considered an "Energy Superpower". The economy of Saudi Arabia is heavily dependent on oil, and is a member of
OPEC

. In 2016 the Saudi Government launched its Saudi Vision 2030 to reduce the country's dependency on oil and diversify its economic resources. In the first quarter of 2019, Saudi Arabia's budget has accomplished its first surplus since 2014. This surplus that is accounted for $10.40 billion has been achieved due to the increase of the oil and non-oil revenues.

Saudi oil reserves are the second largest in the world, and Saudi Arabia is the world's leading oil exporter and second largest producer. Proven reserves, according to figures provided by the Saudi government, are estimated to be , which is about one-quarter of world
oil reserves Oil reserves denote the amount of petroleum, crude oil that can be technically recovered at a cost that is financially feasible at the present price of oil. Hence reserves will change with the price, unlike oil resources, which include all oil tha ...

. Petroleum in Saudi Arabia is not only plentiful but under pressure and close to the earth's surface. This makes it far cheaper and thus far more profitable to extract petroleum in Saudi Arabia than in many other places. The petroleum sector accounts for roughly 87% of Saudi budget revenues, 90% of export earnings, and 42% of GDP. Saudi Arabia's oil reserves and production are largely managed by the state-owned corporation Saudi Aramco. Another 40% of GDP comes from the private sector. An estimated 7.5 (2013) million Foreign workers in Saudi Arabia, foreigners work legally in Saudi Arabia, playing a crucial role in the Saudi economy, for example, in the oil and service sectors. The government has encouraged private sector growth for many years to lessen the kingdom's dependence on oil, and to increase employment opportunities for the swelling Saudi population. In recent decades the government has begun to permit private sector and foreign investor participation in sectors such as power generation and telecom, and acceded to the WTO. During much of the 2000s (decade), 2000s, high oil prices enabled the government to post budget surpluses, boost spending on job training and education, infrastructure development, and government salaries. With its absolute monarchy system of government, large state sector and supply of welfare benefits, the Saudi economy has been described as

a bewildering (at least to outsiders) combination of a feudal fealty system and a more modern political patronage one. At every level in every sphere of activity, Saudis maneuver through life manipulating individual privileges, favors, obligations, and connections. By the same token, the government bureaucracy is a maze of overlapping or conflicting power center under the patronage of various royal princes with their own priorities and agendas to pursue and dependents to satisfy.

The gross domestic product and real gross domestic income of Saudi Arabia fluctuates dramatically according to the price of oil (see below). Market price
estimated
by the International Monetary Fund and other sources, with figures in millions of Saudi Arabian Riyals (SR). Mean wages were $14.74 per man-hour in 2009.

Saudi Arabia was a subsistence economy until the 1930s. In 1933, the Saudi government signed an oil concession agreement with Standard Oil Company of California. Development of oil fields continued in Saudi Arabia, managed mainly by Aramco, company formed by the partnership of Texaco and Chevron Corporation, Chevron. In 1951, the first offshore field in the middle east was found by the Saudi Aramco, Arabian American Oil Company (Aramco) at Raʾs Al-Saffāniyyah area. By 1949 Saudi oil production reached 500,000 barrels per day (bpd), and rose rapidly to 1 million bpd in 1954. Moreover, in 1951, Aramco started operating Trans-Arabian Pipeline that used to transform oil from the eastern region of Saudi Arabia to the Mediterranean Sea, passing by Jordan, Syria and Lebanon. However, in 1981 the operations in this line was ceased as a new one was put into operation that linked between Jubail on the Persian Gulf and Yunbu on the Red Sea which highly contributed inc shortening the destination of oil transform. In 1960, OPEC was created with Saudi Arabia as one of its founding members. During the 1973 oil crisis, the price of oil rose from $3 per barrel to nearly $12, and the Saudi economy began to grow rapidly, with GDP increasing from approximately $15 billion in 1973, to approximately $184 billion by 1981. After gradually purchasing Aramco's assets, the Saudi government nationalized the company in 1980. In 1988, Saudi Aramco was established to take over the responsibilities of Aramco. In 1980, the price of oil peaked, and demand began to fall as a result of recessions in industrialized nations and more efficient use of oil which produced surpluses. This created a 1980s oil glut, worldwide oil glut, with the price of oil dropping from approximately $36 per barrel in 1980, to approximately $14 by 1986. Saudi oil production, which had increased to almost per day during 1980–81, dropped to about in 1985. Budgetary deficits developed, and the government drew down its foreign assets. As a result of the oil glut and the pressures of declines in production, after 1985 Saudi Arabia began enforcing production quotas more harshly for OPEC members. In June 1993, Saudi Aramco absorbed the state marketing and refining company (SAMAREC), becoming the world's largest fully integrated oil company. Most Saudi oil exports move by tanker from oil terminals at Ras Tanura and Ju'aymah in the Persian Gulf. The remaining oil exports are transported via the east–west pipeline across the kingdom to the Red Sea port of Yanbu. A major new gas initiative promises to bring significant investment by U.S. and European oil companies to develop non-associated gas fields in three separate parts of Saudi Arabia. Following final technical agreements with concession awardees in December 2001, development should begin in 2002.

However, beginning in late 1997, Saudi Arabia again faced the challenge of low oil prices. Due to a combination of factors—the East Asian economic crises, a warm winter in the West caused by El Niño, and an increase in non-OPEC oil production—demand for oil slowed and pulled oil prices down by more than one-third. Saudi Arabia was a key player in coordinating the successful 1999 campaign of OPEC and other oil-producing countries to raise the price of oil to its highest level since the (Persian) Gulf War by managing production and supply of petroleum. That same year, Saudi Arabia established the Supreme Economic Council to formulate and better coordinate economic development policies in order to accelerate institutional and industrial reform. Saudi Arabia acceded to the WTO (World Trade Organization) in 2005 after many years of negotiations.

The mid-1980s was also the time that foreign ownership of business was allowed. In the mid-1990s, foreign ownership rules were relaxed again, with investment sought in telecommunications, utilities, and financial services. In 2000, 100% foreign-owned businesses were allowed in the kingdom. Since 2008, extensive land investment has taken place, especially in Africa - see paragraph #Non-petroleum_sector, Non-petroleum sector. As per the report released by United Nations Conference on Trade and Development, UNCTAD in June 2018, Saudi Arabia's foreign direct investment was only $1.4 billion in 2017, down from $7.5 billion the year before and as much as $12.2 billion in 2012. The fall in investment is attributed to negative intra-company loans by foreign multinationals and various divestment. In the first quarter of 2018, net capital outflows were running at approximately 5% of GDP, compared to less than 2% of GDP in late 2016. However, according to a report published in Trading Economics, in the second quarter of 2018, foreign direct investment in the country raised by $882 million. Moreover, Saudi Arabian General Investment Authority, SAGIA's data indicate that licenses provided to foreign investment have been increased by 130% in the first quarter or 2018 as a result to the current reforms in economy. After the finance budget was released for 2019, Saudi Arabia planned to issue bonds worth approx. 120 billion riyals ($32 billion) in order to cover up for its 4.2% GDP deficit of 131 billion riyals. In January 2019 itself the kingdom sold bonds worth $7.5 billion. Saudi Arabia turned towards international debts following a decline in its oil income. In almost two and a half years, bonds worth $60 billion have been sold by Saudi, becoming one of the biggest borrowers globally. The foreign investments in the Kingdom have witnessed a rapid increase in the first quarter of 2019. The number of new licenses approved for foreign businesses has grown by 70% compared with 2018. Most licenses were approved for British and Chinese companies which have driven this increase. In the first quarter of 2019, foreign investment in Saudi Arabia has jumped by 28%.

Diversification and the development plans

The government has sought to allocate its petroleum income to transform its relatively undeveloped, oil-based economy into that of a modern industrial state while maintaining the kingdom's traditional Islamic values and customs. Although economic planners have not achieved all their goals, the economy has progressed rapidly. Oil wealth has increased the standard of living of most Saudis. However, significant population growth has strained the government's ability to finance further improvements in the country's standard of living. Heavy dependence on petroleum revenue continues, but industry and agriculture now account for a larger share of economic activity. The mismatch between the job skills of Saudi graduates and the needs of the private job market at all levels remains the principal obstacle to economic diversification and development; about 4.6 million non-Saudis are employed in the economy.