Both pole-mount and pad-mount transformers convert the high 'primary' voltage of the overhead or underground distribution lines to the lower 'secondary' or 'utilization' voltage inside the building. The primary distribution wires use the three-phase system. Main distribution lines always have three 'hot' wires plus an optional neutral. In the North American system, where single-phase transformers connect to only one phase wire, smaller 'lateral' lines branching off on side roads may include only one or two 'hot' phase wires. (When there is only one phase wire, a neutral will always be provided as a return path.) Primaries provide power at the standard distribution voltages used in the area; these range from as low as 2.3 kV to about 35 kV depending on local distribution practice and standards; often 11 kV (50 Hz systems) and 13.8 kV (60 Hz systems) are used, but many other voltages are common. For example, in the United States, 12.47 kV is most common. This has a 7.2 kV phase-to-neutral voltage, exactly 30 times the 240 V on the split-phase secondary side.

The high voltage primary windings are brought out to bushings on the top of the case. *Single phase transformers, generally used in the North American system, are attached to the overhead distribution wires with two different types of connections: **Wye – On a wye distribution circuit, a 'wye' or 'phase to neutral' transformer is used. A single phase wye transformer usually has only one bushing on top, connected to one of the three primary phases. The other end of the primary winding is connected to the transformer case, which is connected to the neutral wire of the wye system, and is also grounded. A wye distribution system is preferred because the transformers present unbalanced loads on the line that cause currents in the neutral wire and are then grounded. But with a delta distribution system the unbalanced loads can cause variations in the voltages on the 3 phase wires. **Delta – On a delta distribution circuit, a 'delta' or 'phase to phase' transformer is used. A single phase delta transformer has two bushings connected to two of the three primary wires, so the primary winding sees the phase-to-phase voltage. This avoids returning primary current through a neutral that must be solidly grounded to keep its voltage near earth potential. Since the neutral is also provided to customers, this is a big safety advantage in a dry area like California where soil conductivity is low. The main disadvantage is higher cost, e.g., from needing at least two insulated 'hot' phase wires even on a branch circuit. Another smaller disadvantage is that if only one of the primary phases is disconnected upstream it will remain live as the transformers try to return current through it. This could be a hazard to line workers. *Transformers providing three-phase secondary power, which are used for residential service in the European system, have three primary windings attached to all three primary phase wires. The windings are almost always connected in a 'wye' configuration, with the ends of the three windings connected and grounded. The transformer is always connected to the primary distribution lines through protective fuses and disconnect switches. For pole-mounted transformers this is usually a 'fused cutout'. An electrical fault melts the fuse and the device drops open to give a visual indication of trouble. It can also be manually opened while the line is energized by lineworkers using insulated hot sticks. In some cases completely self protected transformers are used, which have a circuit breaker built in, so a fused cutout isn't needed.

The low voltage secondary windings are attached to three or four terminals on the transformer's side. *In North American residences and small businesses, the secondary is most often the split-phase 120/240 volt system. The 240 V secondary winding is center-tapped and the center neutral wire is grounded, making the two end conductors "hot" with respect to the center tap and 180 degrees out of phase with each other. These three wires run down the service drop to the electric meter and service panel inside the building. Connecting a load between either hot wire and the neutral gives 120 volts, which is used for lighting circuits. Connecting between both hot wires gives 240 volts, which is used for heavy loads such as air conditioners, ovens, dryers and electric vehicle charging stations. *In Europe and countries using its system, the secondary is often the three phase 400Y/230 system. There are three 230 V secondary windings, each receiving power from a primary winding attached to one of the primary phases. One end of each secondary winding is connected to a 'neutral' wire, which is grounded. The other end of the 3 secondary windings, along with the neutral, are brought down the service drop to the service panel. 230 V loads are connected between any of the three phase wires and the neutral. Because the phases are 120 degrees with respect to each other, the voltage between any two phases is sqrt(3) * 230V = 400V, as compared to the 2 * 120V = 240V in the North American split phase system. While three-phase power is almost unheard of in individual North American residences, it is common in Europe for heavy loads such as air conditioners and electric vehicle chargers. Higher secondary voltages, such as 480 volts, are sometimes required for commercial and industrial uses. Some industrial customers require three-phase power at secondary voltages. To provide this, three-phase transformers can be used. In the US, which uses mostly single phase transformers, three identical single phase transformers are often wired in a ''transformer bank'' in either a wye or delta connection, to create a three phase transformer.

upOil-cooled three-phase distribution transformer, similar to one in above photo, with housing off, showing construction. 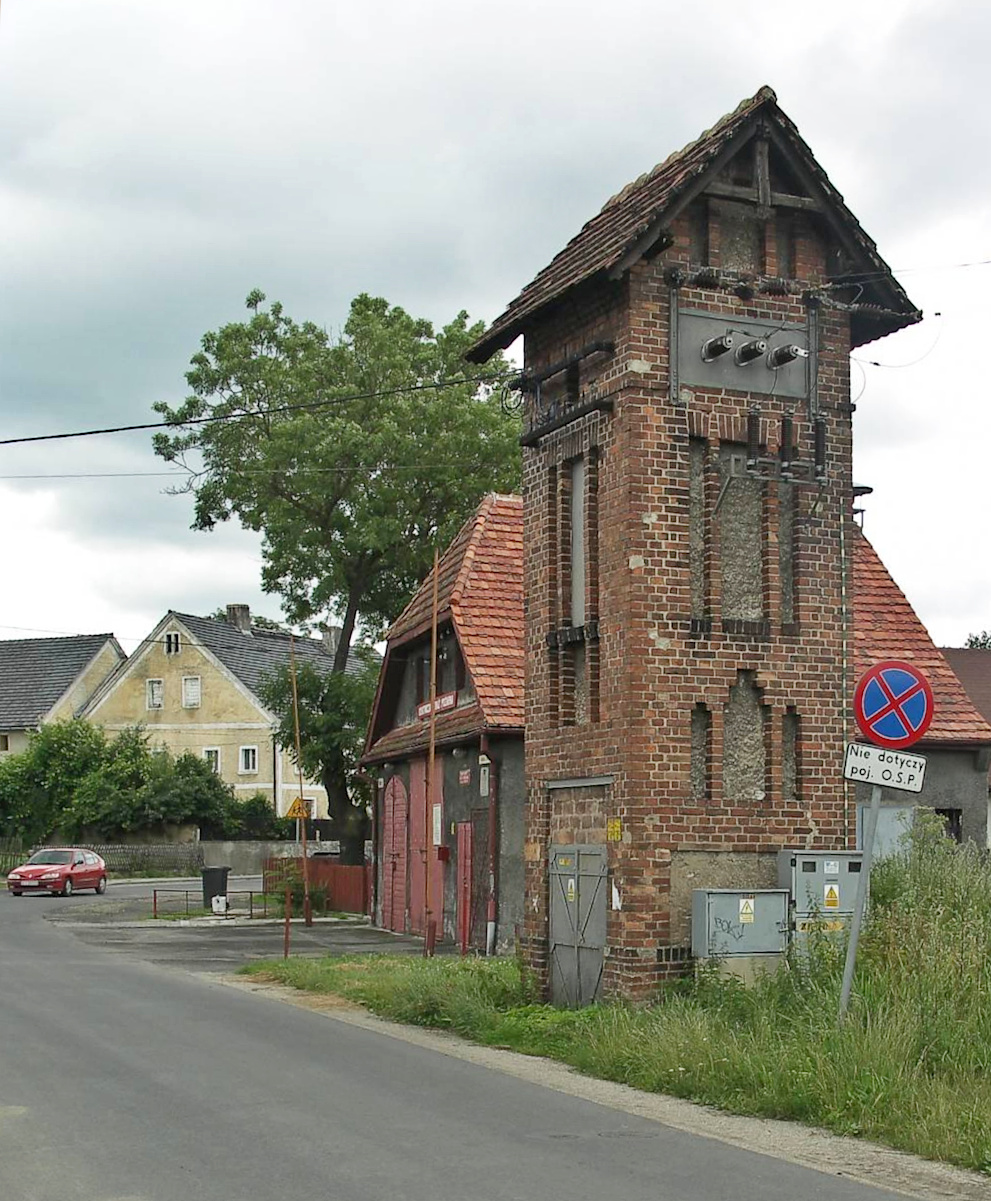 Distribution transformers consist of a magnetic core made from laminations of sheet silicon steel (transformer steel) stacked and either glued together with resin or banded together with steel straps, with the primary and secondary wire windings wrapped around them. This core construction is designed to reduce core losses, dissipation of magnetic energy as heat in the core, which are an economically important cause of power loss in utility grids. Core losses are caused by two effects; hysteresis loss in the steel, and eddy currents. Silicon steel has low hysteresis loss, and the laminated construction prevents eddy currents from flowing in the core, which dissipate power in the resistance of the steel. Efficiency of typical distribution transformers is between about 98 and 99 percent. Where large numbers of transformers are made to standard designs, a wound C-shaped core is economic to manufacture. A steel strip is wrapped around a former, pressed into shape and then cut into two C-shaped halves, which are re-assembled on the copper windings. The primary coils are wound from enamel coated copper or aluminum wire and the high current, low voltage secondaries are wound using a thick ribbon of aluminum or copper. The windings are insulated with resin-impregnated paper. The entire assembly is baked to cure the resin and then submerged in a powder coated steel tank which is then filled with transformer oil (or other insulating liquid), which is inert and non-conductive. The transformer oil cools and insulates the windings, and protects the transformer winding from moisture, which will float on the surface of the oil. The tank is temporarily evacuated during manufacture to remove any remaining moisture that would cause arcing and is sealed against the weather with a gasket at the top. Formerly, distribution transformers for indoor use would be filled with a polychlorinated biphenyl (PCB) liquid. Because these chemicals persist in the environment and have adverse effects on animals, they have been banned. Other fire-resistant liquids such as silicones are used where a liquid-filled transformer must be used indoors. Certain vegetable oils have been applied as transformer oil; these have the advantage of a high fire point and are completely biodegradable in the environment. Pole-mounted transformers often include accessories such as surge arresters or protective fuse links. A self-protected transformer includes an internal fuse and surge arrester; other transformers have these components mounted separately outside the tank. Pole-mounted transformers may have lugs allowing direct mounting to a pole, or may be mounted on crossarms bolted to the pole. Aerial transformers, larger than around 75 kVA, may be mounted on a platform supported by one or more poles. A three-phase service may use three identical transformers, one per phase. Transformers designed for below-grade installation can be designed for periodic submersion in water. Distribution transformers may include an off-load tap changer to allow slight adjustment of the ratio between primary and secondary voltage, to bring the customer voltage within the desired range on long or heavily loaded lines. Pad-mounted transformers have secure locked and bolted grounded metal enclosures to discourage unauthorized access to live internal parts. The enclosure may also include fuses, isolating switches, load-break bushings, and other accessories as described in technical standards. Pad-mounted transformers for distribution systems typically range from around 100 to 2000 kVA, although some larger units are also used.