Christians () are people who follow or adhere to Christianity, a monotheistic Abrahamic religion based on the life and teachings of Jesus Christ. The words ''Christ'' and ''Christian'' derive from the Koine Greek title ''Christós'' (Χριστός), a translation of the Biblical Hebrew term ''mashiach'' (מָשִׁיחַ). While there are diverse interpretations of Christianity which sometimes conflict, they are united in believing that Jesus has a unique significance. The term "Christian" used as an adjective is descriptive of anything associated with Christianity or Christian churches, or in a proverbial sense "all that is noble, and good, and Christ-like." It does not have a meaning of 'of Christ' or 'related or pertaining to Christ'. According to a 2011 Pew Research Center survey, there were 2.2 billion Christians around the world in 2010, up from about 600 million in 1910. Today, about 37% of all Christians live in the Americas, about 26% live in Europe, 24% live in sub-Saharan Africa, about 13% live in Asia and the Pacific, and 1% live in the Middle East and North Africa. Christians make up the majority of the population in 158 countries and territories. 280 million Christians live as a minority. About half of all Christians worldwide are Catholic, while more than a third are Protestant (37%). Orthodox communions comprise 12% of the world's Christians. Other Christian groups make up the remainder. By 2050, the Christian population is expected to exceed 3 billion. According to a 2012 Pew Research Center survey, Christianity will remain the world's largest religion in 2050, if current trends continue. Christians are the most persecuted religious group in the world, especially in the Middle-East, North Africa, East Asia, and South Asia.

The Greek word (''Christianos''), meaning "follower of Christ", comes from (''Christos''), meaning "anointed one", with an adjectival ending borrowed from Latin to denote adhering to, or even belonging to, as in slave ownership. In the Greek Septuagint, ''christos'' was used to translate the Hebrew מָשִׁיחַ (''Mašíaḥ,'' messiah), meaning "ne who isanointed." In other European languages, equivalent words to Christian are likewise derived from the Greek, such as ''Chrétien'' in French and ''Cristiano'' in Spanish. The abbreviations ''Xian'' and ''Xtian'' (and similarly-formed other parts of speech) have been used since at least the 17th century: ''Oxford English Dictionary'' shows a 1634 use of ''Xtianity'' and ''Xian'' is seen in a 1634–38 diary. The word ''Xmas'' uses a similar contraction. 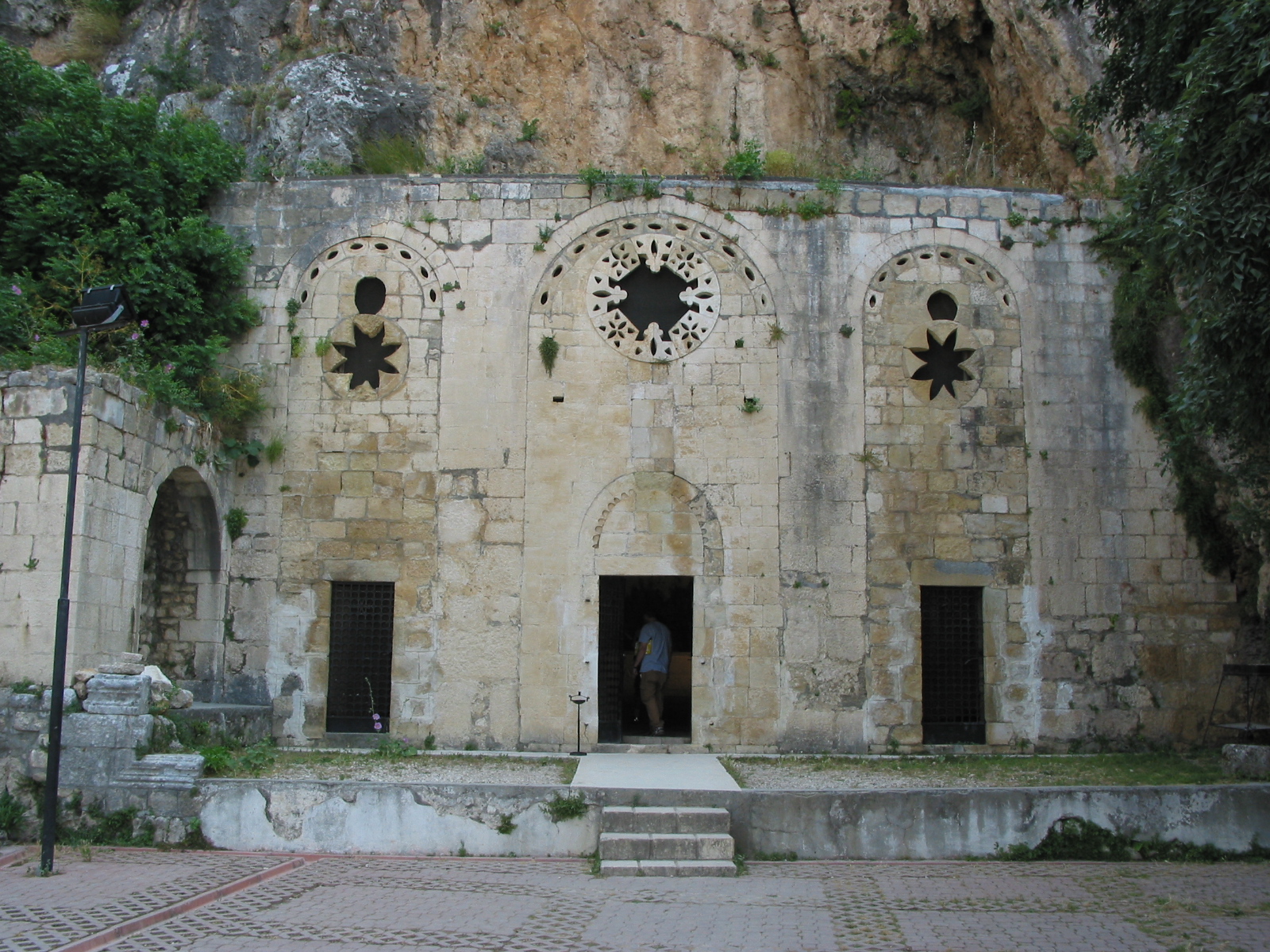 The first recorded use of the term (or its cognates in other languages) is in the New Testament, in Acts 11 after Barnabas brought Saul (Paul) to Antioch where they taught the disciples for about a year, the text says: "..the disciples were called Christians first in Antioch." (Acts 11:26). The second mention of the term follows in Acts 26, where Herod Agrippa II replied to Paul the Apostle, "Then Agrippa said unto Paul, Almost thou persuadest me to be a Christian." (Acts 26:28). The third and final New Testament reference to the term is in 1 Peter 4, which exhorts believers: "Yet if ''ny man suffer' as a Christian, let him not be ashamed; but let him glorify God on this behalf." (1 Peter 4:16). Kenneth Samuel Wuest holds that all three original New Testament verses' usages reflect a derisive element in the term ''Christian'' to refer to followers of Christ who did not acknowledge the emperor of Rome. The city of Antioch, where someone gave them the name ''Christians'', had a reputation for coming up with such nicknames. However Peter's apparent endorsement of the term led to its being preferred over "Nazarenes" and the term ''Christianoi'' from 1 Peter becomes the standard term in the Early Church Fathers from Ignatius and Polycarp onwards. The earliest occurrences of the term in non-Christian literature include Josephus, referring to "the tribe of Christians, so named from him;" Pliny the Younger in correspondence with Trajan; and Tacitus, writing near the end of the 1st century. In the ''Annals'' he relates that "by vulgar appellation hey werecommonly called Christians" and identifies Christians as Nero's scapegoats for the Great Fire of Rome.

Another term for Christians which appears in the New Testament is "Nazarenes". Jesus is named as a Nazarene in Matthew 2:23, while Paul is said to be Nazarene in Acts 24:5. The latter verse makes it clear that Nazarene also referred to the name of a sect or heresy, as well as the town called Nazareth. The term Nazarene was also used by the Jewish lawyer Tertullus (''Against Marcion'' 4:8) which records that "the Jews call us Nazarenes." While around 331 AD Eusebius records that Christ was called a Nazoraean from the name Nazareth, and that in earlier centuries "Christians" were once called "Nazarenes". The Hebrew equivalent of "Nazarenes", ''Notzrim'', occurs in the Babylonian Talmud, and is still the modern Israeli Hebrew term for Christian.

A wide range of beliefs and practices are found across the world among those who call themselves Christian. Denominations and sects disagree on a common definition of "Christianity". For example, Timothy Beal notes the disparity of beliefs among those who identify as Christians in the United States as follows:

Although all of them have their historical roots in Christian theology and tradition, and although most would identify themselves as Christian, many would not identify others within the larger category as Christian. Most Baptists and fundamentalists (Christian Fundamentalism), for example, would not acknowledge Mormonism or Christian Science as Christian. In fact, the nearly 77 percent of Americans who self-identify as Christian are a diverse pluribus of Christianities that are far from any collective unity.

Linda Woodhead attempts to provide a common belief thread for Christians by noting that "Whatever else they might disagree about, Christians are at least united in believing that Jesus has a unique significance." Michael Martin evaluated three historical Christian creeds (the Apostles' Creed, the Nicene Creed and the Athanasian Creed) to establish a set of basic Christian assumptions which include belief in theism, the historicity of Jesus, the Incarnation, salvation through faith in Jesus, and Jesus as an ethical role model. 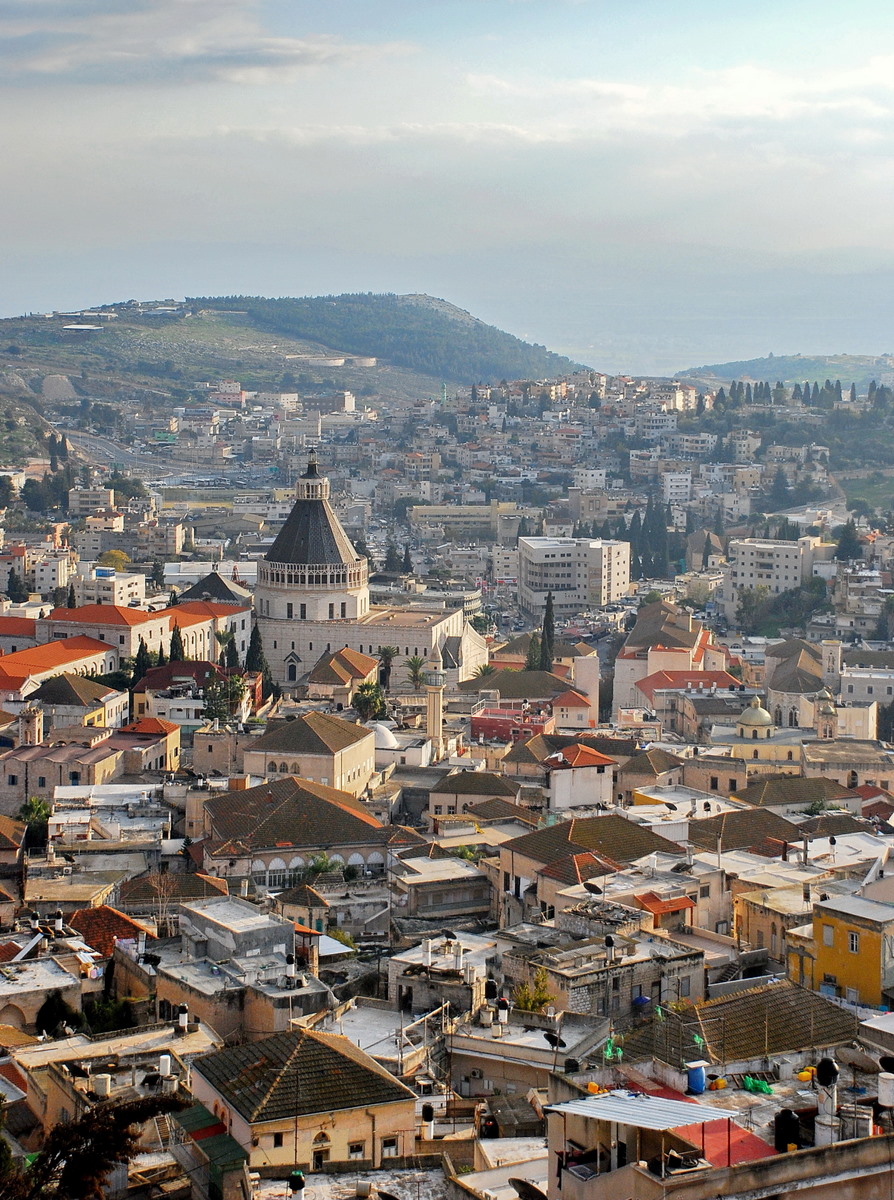 The identification of Jesus as the Messiah is not accepted by Judaism. The term for a Christian in Hebrew is נוֹצְרִי (''Notzri''—"Nazarene"), a Talmudic term originally derived from the fact that Jesus came from the Galilean village of Nazareth, today in northern Israel. Adherents of Messianic Judaism are referred to in modern Hebrew as יְהוּדִים מְשִׁיחִיִּים (''Yehudim Meshihi'im''—"Messianic Jews").

In Arabic-speaking cultures, two words are commonly used for Christians: ''Naṣrānī'' (), plural ''Naṣārā'' () is generally understood to be derived from Nazarenes, believers of Jesus of Nazareth through Syriac (Aramaic); ''Masīḥī'' () means followers of the Messiah. Where there is a distinction, ''Nasrani'' refers to people from a Christian culture and ''Masihi'' is used by Christians themselves for those with a religious faith in Jesus. In some countries ''Nasrani'' tends to be used generically for non-Muslim Western foreigners. Another Arabic word sometimes used for Christians, particularly in a political context, is ''Ṣalībī'' ( "Crusader") from ''ṣalīb'' ( "cross"), which refers to Crusaders and may have negative connotations. However, ''Ṣalībī'' is a modern term; historically, Muslim writers described European Christian Crusaders as ''al-Faranj'' or ''Alfranj'' () and ''Firinjīyah'' () in Arabic. This word comes from the name of the Franks and can be seen in the Arab history text Al-Kamil fi al-Tarikh by Ali ibn al-Athir.

The most common Persian word is ''Masīhī'' (), from Arabic. Other words are ''Nasrānī'' (), from Syriac for "Nazarene", and ''Tarsā'' (), from Middle Persian word ''Tarsāg'', also meaning "Christian", derived from ''tars'', meaning "fear, respect". An old Kurdish word for Christian frequently in usage was ''felle'' (فەڵە), coming from the root word meaning "to be saved" or "attain salvation". The Syriac term ''Nasrani'' (Nazarene) has also been attached to the Saint Thomas Christians of Kerala, India. In the Indian subcontinent, Christians call themselves ''Isaai'' ( hi|ईसाई, ur|عیسائی), and are also known by this term to adherents of other religions. This is related to the name they call Jesus,'' 'Isa Masih'', and literally means 'the followers of 'Isa'. In the past, the Malays used to call the Portuguese ''Serani'' from the Arabic ''Nasrani'', but the term now refers to the modern Kristang creoles of Malaysia. In Indonesian language, the term "''Nasrani''" is also used alongside "''Kristen''". The Chinese word is (pinyin: jīdū tú), literally "Christ follower." The two characters now pronounced ''Jīdū'' in Mandarin Chinese were originally used phonetically to represent the name of Christ. In Vietnam, the same two characters read ''Cơ đốc'', and a "follower of Christianity" is a ''tín đồ Cơ đốc giáo''.

In Japan, the term ''kirishitan'' (written in Edo period documents 吉利支丹, 切支丹, and in modern Japanese histories as キリシタン), from Portuguese ''cristão'', referred to Roman Catholics in the 16th and 17th centuries before the religion was banned by the Tokugawa shogunate. Today, Christians are referred to in Standard Japanese as キリスト教徒, ''Kirisuto-kyōto'' or the English-derived term クリスチャン ''kurisuchan''. Korean still uses 기독교도, ''Kidok-kyo-do'' for "Christian", though the Greek form ''Kurisudo'' 그리스도 has now replaced the old Sino-Korean ''Kidok'', which refers to Christ himself. In Thailand, the most common terms are คนคริสต์ (''khon khrit'') or ชาวคริสต์ (''chao khrit'') which literally means "Christ person/people" or "Jesus person/people." The Thai word คริสต์ (''khrit'') is derived from "Christ."

The region of modern Eastern Europe and Central Eurasia (Russia, Ukraine and other countries of the former Soviet bloc) has a long history of Christianity and Christian communities on its lands. In ancient times, in the first centuries after the birth of Christ, when this region was called Scythia, the geographical area of Scythians - Christians already lived there. Later the region saw the first states to adopt Christianity officially - initially Armenia (301 AD) and Georgia (337 AD), later Bulgaria ( 864) and the Great Russian Principality (Kyivan Rus, rus | Великое княжество Русское, 988 AD). In some areas, people came to denote themselves as Christians (russian: христиане, крестьяне) and as Russians (russian: русские). In time the Russian term "крестьяне" (''khrest'yanye'') acquired the meaning "peasants of Christian faith" and later "peasants" (the main part of the population of the region), while the term "христиане" (''khristianye'') retained its religious meaning and the term "русские" (''russkiye'') began to mean representatives of the heterogeneous Russian nation formed on the basis of common Christian faith and language, which strongly influenced the history and development of the region. In the region the term "Pravoslav faith" (russian: православная вера - Orthodox faith) or "Russian faith" (russian: русская вера) from earliest times became almost as known as the original "Christian faith" (христианская, крестьянская вера). Also in some contexts the term "cossack" (russian: козак, казак) was used to denote "free" Christians of steppe origin and Russian language.

Nominally "Christian" societies made "Christian" a default label for citizenship or for "people like us". In this context, religious or ethnic minorities can use "Christians" or "you Christians" loosely as a shorthand term for mainstream members of society who do not belong to their group - even in a thoroughly secular (though formerly Christian) society.

As of the early 21st century, Christianity has approximately 2.4 billion adherents. The faith represents about a third of the world's population and is the largest religion in the world. Christians have composed about 33 percent of the world's population for around 100 years. The largest Christian denomination is the Roman Catholic Church, with 1.3 billion adherents, representing half of all Christians. Christianity remains the dominant religion in the Western World, where 70% are Christians. According to a 2012 Pew Research Center survey, if current trends continue, Christianity will remain the world's largest religion by the year 2050. By 2050, the Christian population is expected to exceed 3 billion. While Muslims have an average of 3.1 children per woman—the highest rate of all religious groups, Christians are second, with 2.7 children per woman. High birth rates and conversion were cited as the reason for Christian population growth. A 2015 study found that approximately 10.2 million Muslims converted to Christianity. Christianity is growing in Africa, Asia, the Muslim world,