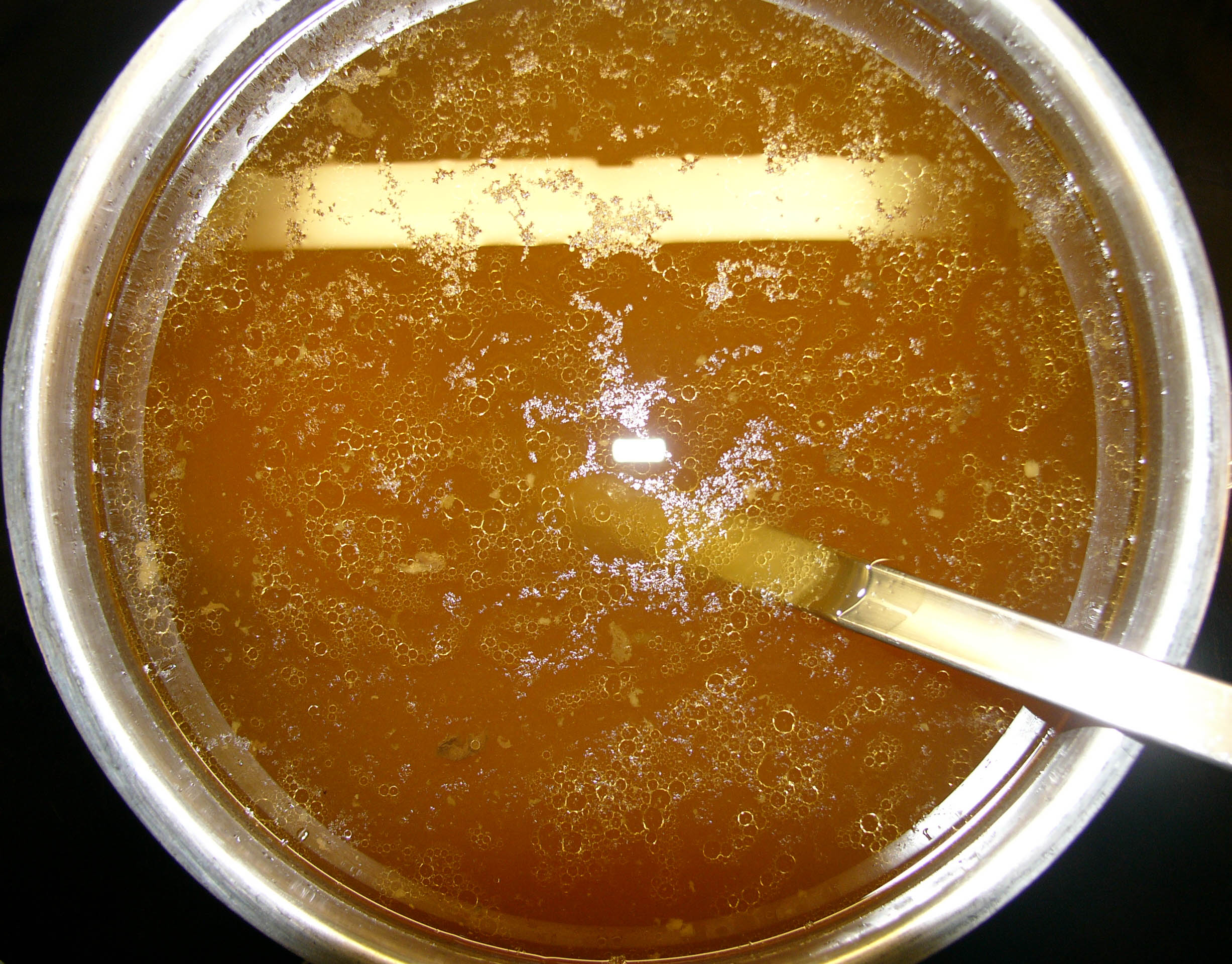 Broth, also known as bouillon [], is a [[Umami|savory]] [[liquid]] made of [[water]] in which [[bone]]s, [[meat]], or [[vegetable]]s have been [[simmering|simmered]]. It can be eaten alone, but it is most commonly used to prepare other dishes, such as soups, gravies, and sauces. Commercially prepared liquid broths are available, typically chicken, beef, fish, and vegetable varieties. Dehydrated broth in the form of bouillon cubes were commercialized beginning in the early 20th century.

Many cooks and food writers use the terms ''broth'' and ''stock'' interchangeably. In 1974, James Beard wrote emphatically that stock, broth, and bouillon "are all the same thing". While many draw a distinction between stock and broth, the details of the distinction often differ. One possibility is that stocks are made primarily from animal bones, as opposed to meat, and therefore contain more gelatin, giving them a thicker texture. Another distinction that is sometimes made is that stock is cooked longer than broth and therefore has a more intense flavor. A third possible distinction is that stock is left unseasoned for use in other recipes, while broth is salted and otherwise seasoned and can be eaten alone. In the United Kingdom, "broth" can refer to the liquid in a soup which includes solid pieces of meat, fish, or vegetables, whereas "stock" would refer to the purely liquid base. Traditionally, according to this definition, broth contained some form of meat or fish; however, nowadays it is acceptable to refer to a strictly vegetable soup as a broth.

Broth has traditionally been made using animal bones which are boiled in a cooking pot to extract the flavor and nutrients. The bones may or may not have meat still on them. Roasted bones are used to add a darker color and caramelized flavor. To clarify a broth, egg whites are sometimes added during cooking; the egg whites will coagulate as they cool, trapping sediment and turbidity into an easily strained mass.